For most of my games I've played, its been against historical opponents to see if the game gives you the right feel.

For this game, I decided to play two non historical opponents and see what happens.

In other rules sets, generally the later armies thrash the earlier ones, which, while historical, doesn't make for much fun in such a narrow period.  So, could this work?

The English won the game and chose to attack in the plains.  The terrain fell mostly in the flanks on the English side, forcing their army to bunch up.

This allowed the German keils to face off against the nasty English shock horse while attempting to stop the English "Cuirassiers" with their outdated knights.

The end result was a win to the Germans!  The keils proved to be very resilient and were able to charge mounted and beat them.

The English deploy with two fields and a plantation on their side.

The Germans have a much more open table with a field and a gentle hill. 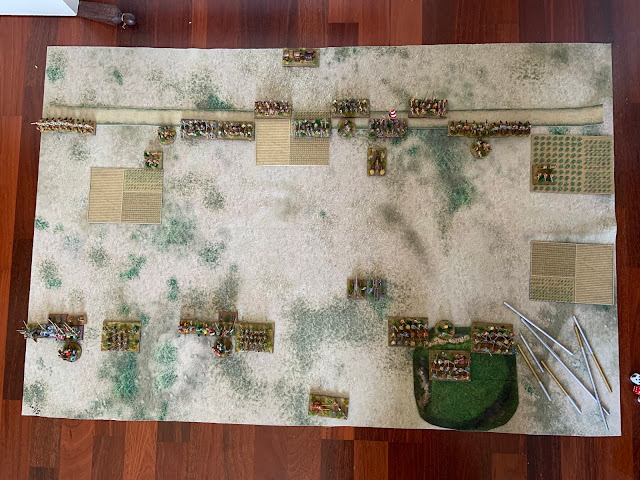 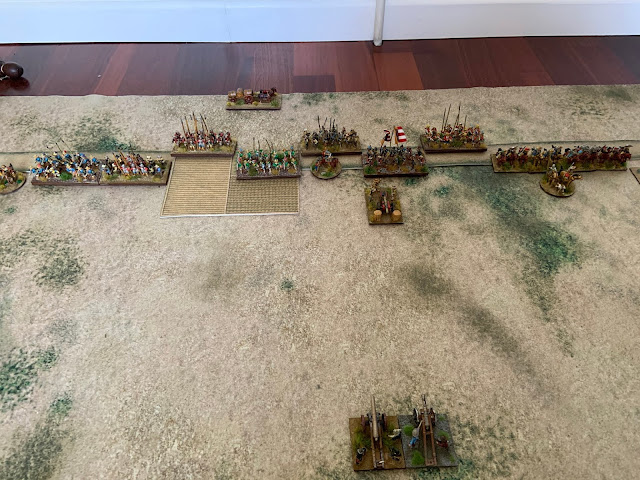 The Landsknects from BlueMoon minatures 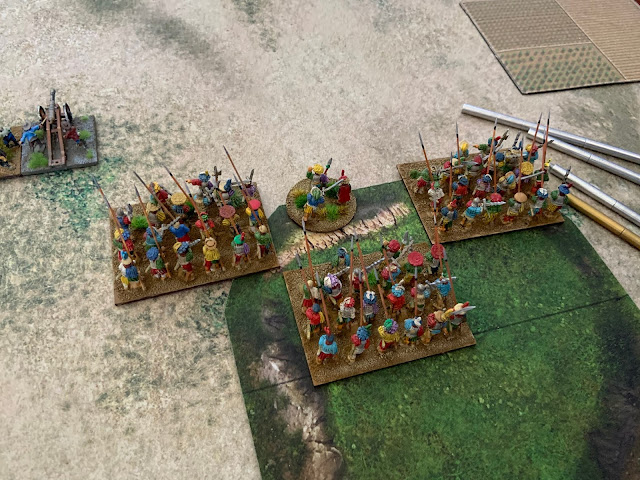 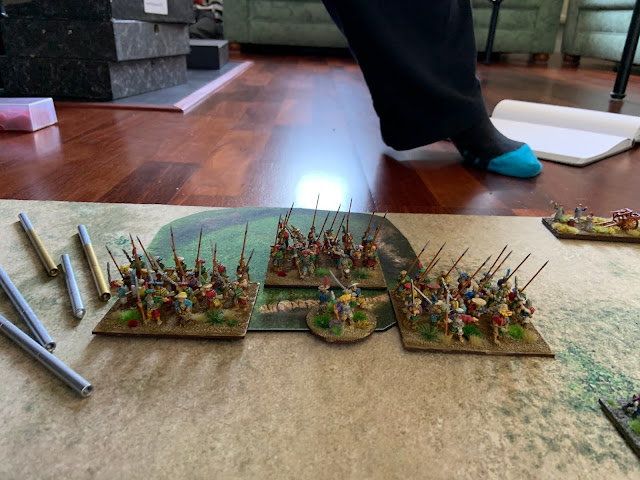 The English advance very agressively and by the end of turn 1, both sides have take hits. 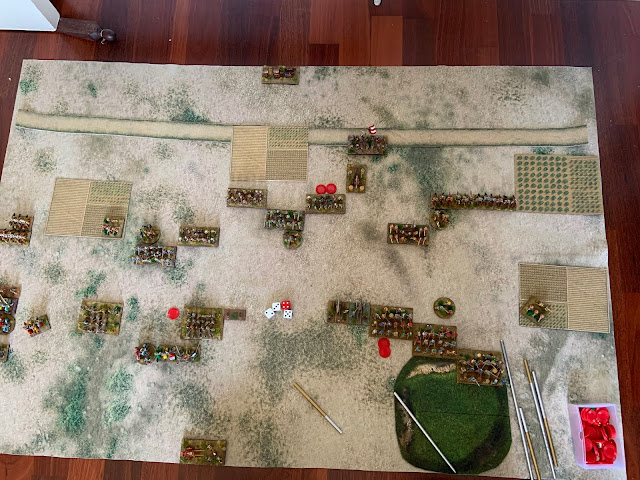 This could be good, elite Keils vs mediocre Pike & Shot 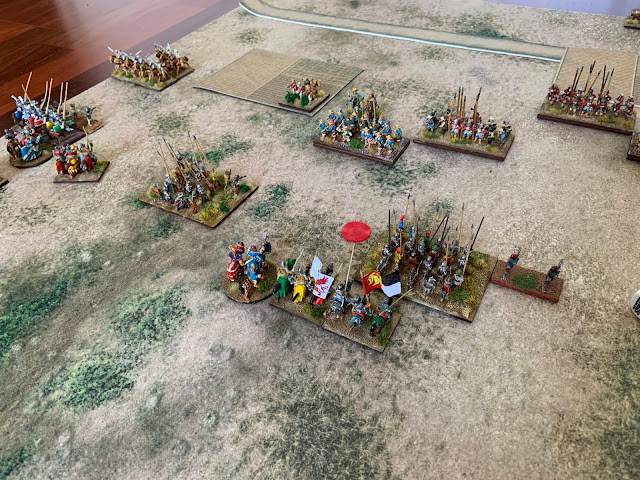 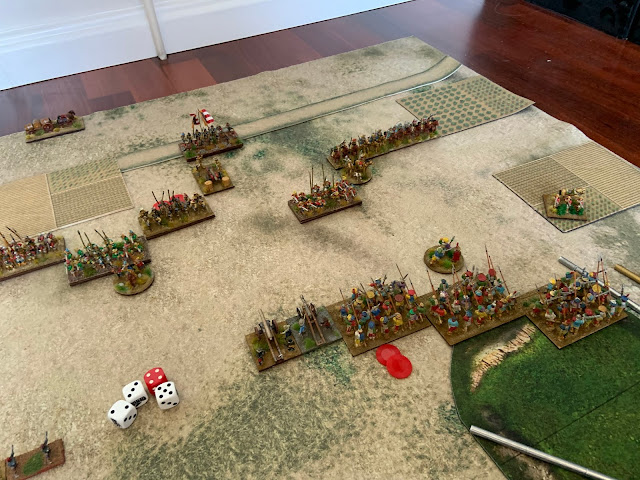 The Keil gets stuck in! 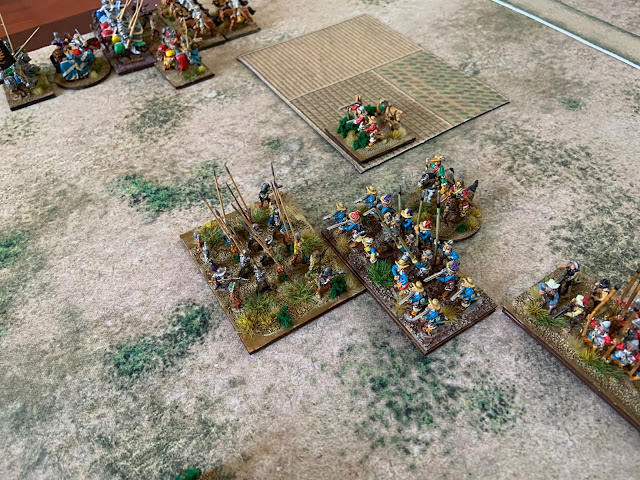 The English Cuirassiers charge in and loose to the Knights 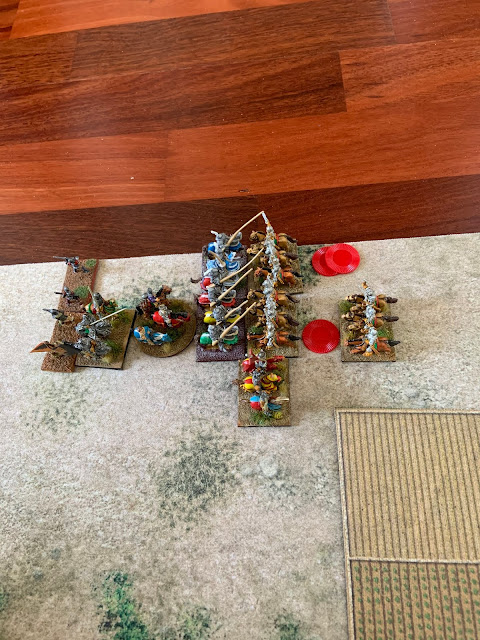 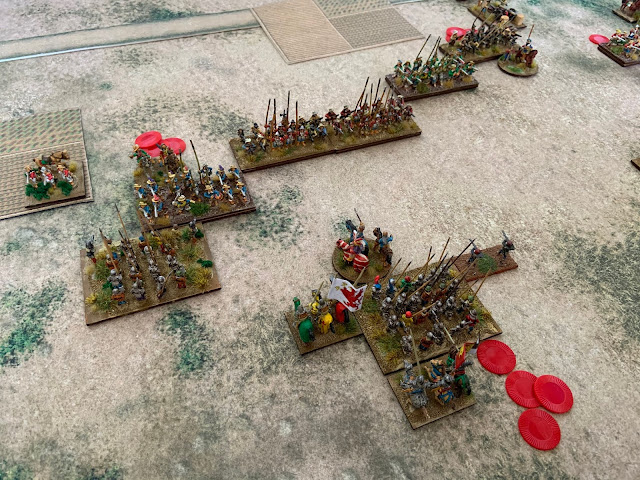 On the right flank the Landsknects charge another Pike & Shot and starts beating in. 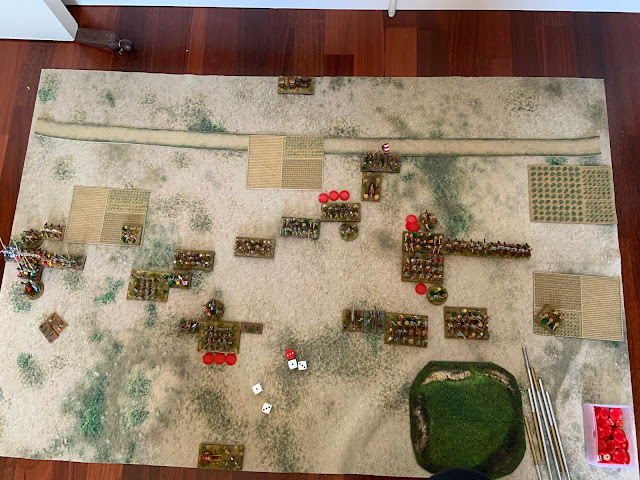 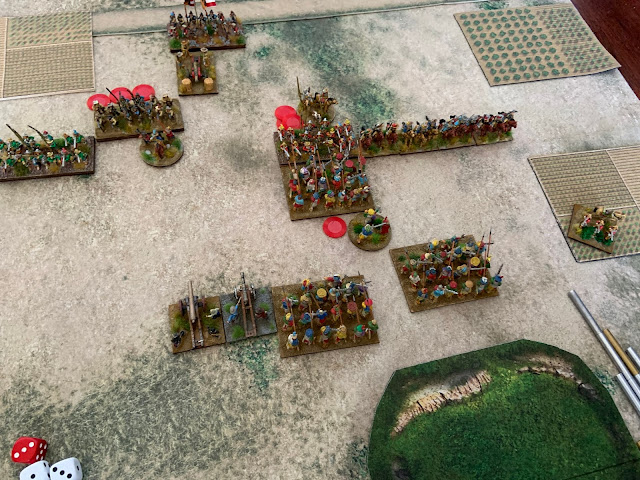 Where did the English go?  there seems to be a large hole..... 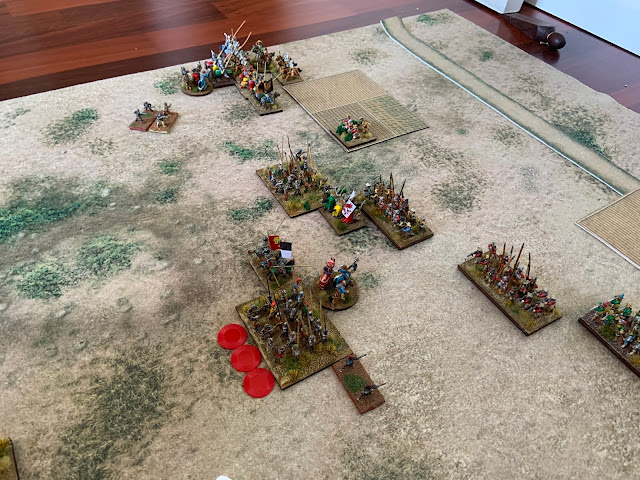 Another Keil attacks and surprises the English by charging the mounted, who loose both rounds of combat. 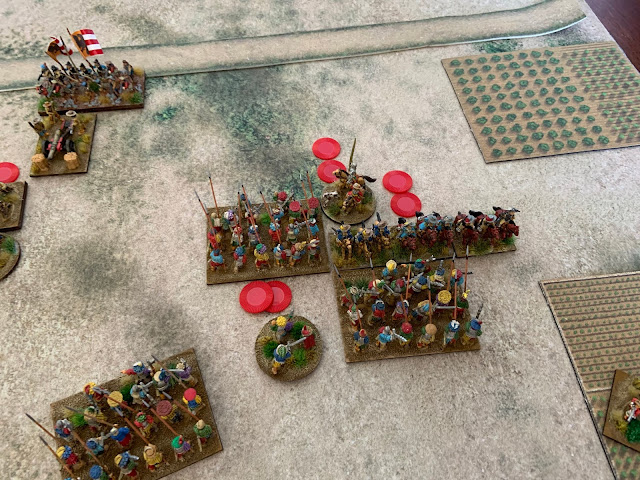 On the left flank, the knights finally break the English Cuirasiers and start their advance around the flank to the rear of the English and their unprotected baggage. 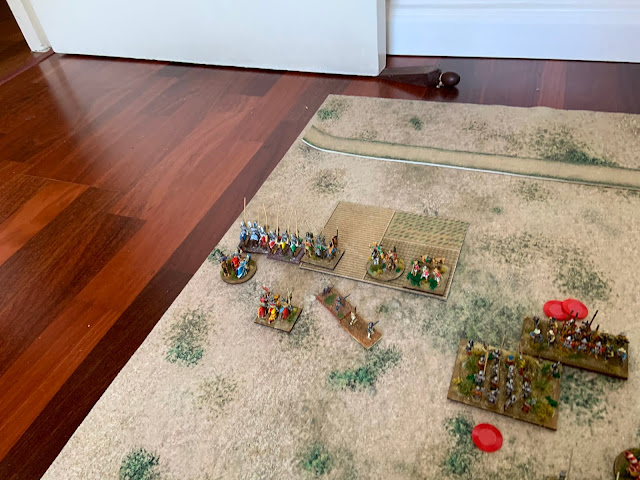