I got to give my new Louis XIV army a run this weekend in Wales and they did rather well.

We managed to get to Wales, not withstanding the snow, red alerts and general panic.


I teamed up with Paddy from Oxford and we had a cracking time.

We didn't loose the army once, but on the same side, weren't able to get a big win anywhere.  All the armies we faced were tough and proved hard to crack.

Rnd 1
Janissaires moving into the enclosed fields.  Dragoons thinking, maybe we shouldn't play with 8 muskets hiding behind a wall. 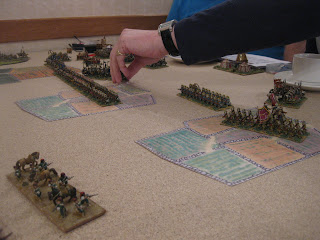 The french holding off the Turkish cav 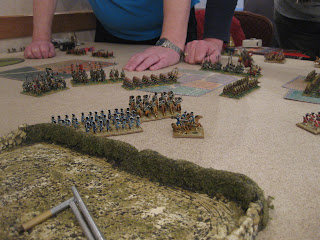 Rnd 2, Imperial Austrians holding a flank.  Maybe I won't send my cav down that way. 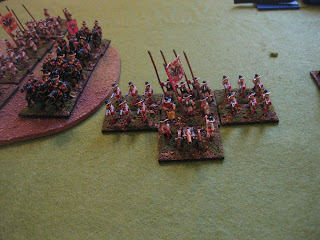 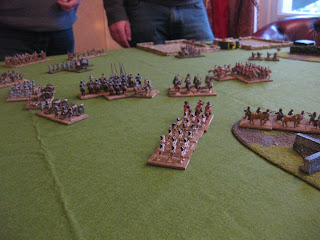 Rnd 3, the Russian defensive position.  Four heavy guns on a hill, 4 light guns next to the hill, everything supported by infantry. 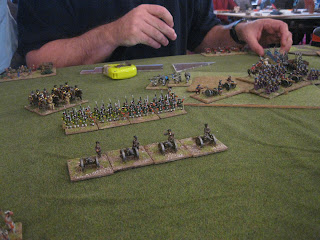 The Russian infantry leave their defensive fortifications to say hi to the French.  The light horse remember they have an appointment somewhere else. 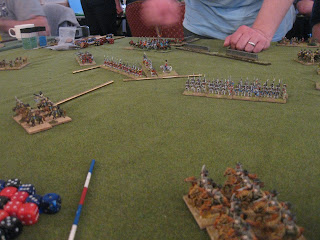 The Russians advance towards the French inf while redeploying their flank away from the flank march. 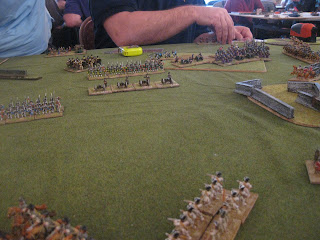 Well, I'm sold.  I am very impressed with the results of the Army Painter dip.  It really gives my figures depth and makes them look fantastic. (compared to my usual painting).

So, from all the various posts/hints and recommendations on how to use the army painter, it boils down to this.

Paint the model with your normal colours, don't worry about dry brushing/shading
Paint the model with army dip (I don't dip, I paint as I can't shake the paint off like it suggests, I don't have a back yard)
Let the dip dry for 24 hours
Give the model a matt varnish
finished! 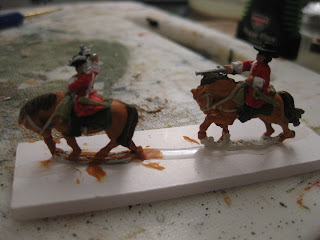 Figures with the base paint 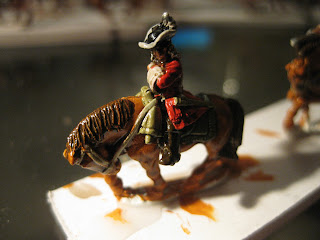 Now with the matt varnish. 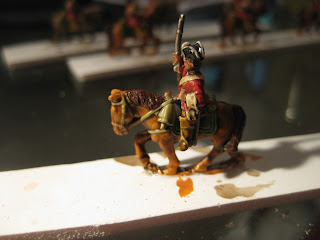 Anyway, I will put up more photos soon.