the 20mm/25mm has bitten me and have now bought a new army.

I've gone for 20mm figures for my Chinese army.  It was a lot cheaper and lighter than the lead version. 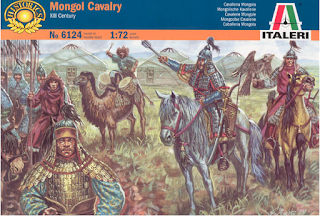 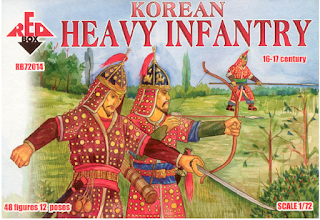 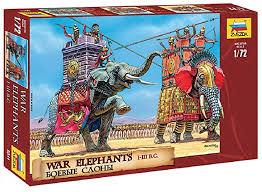 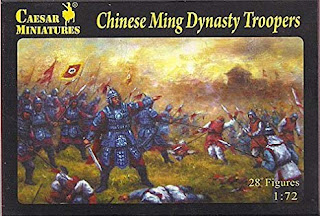 Posted by the.urban.bunny at 20:07 No comments:

I've run out of space at home so time to sell some figures. 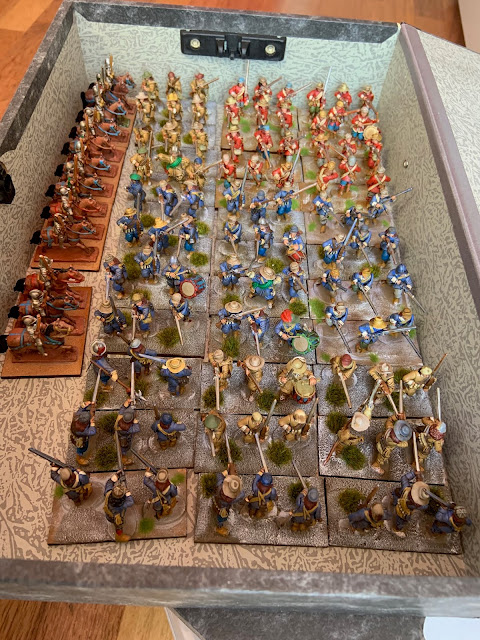 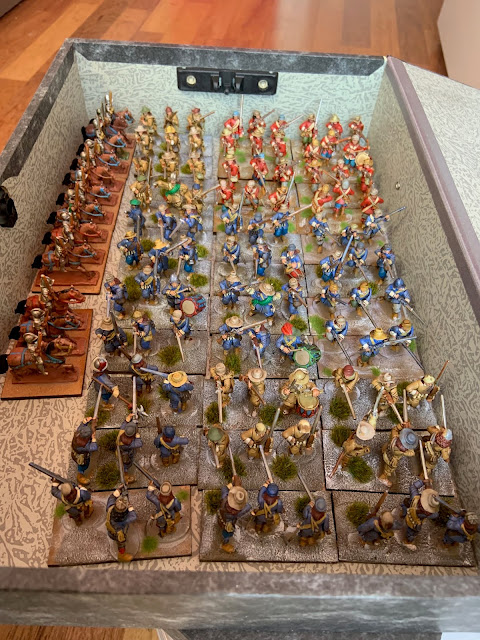 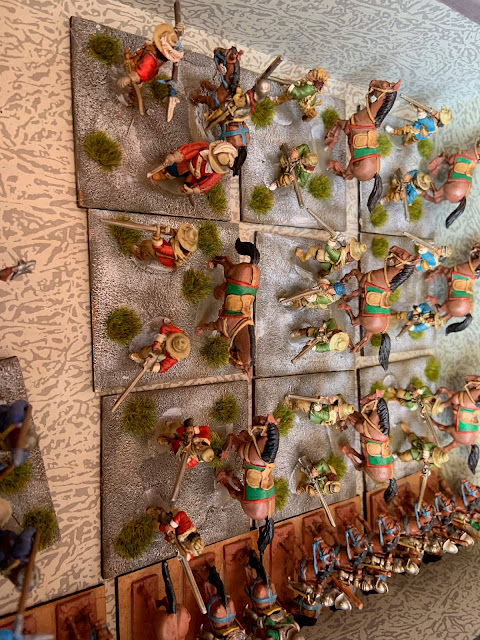 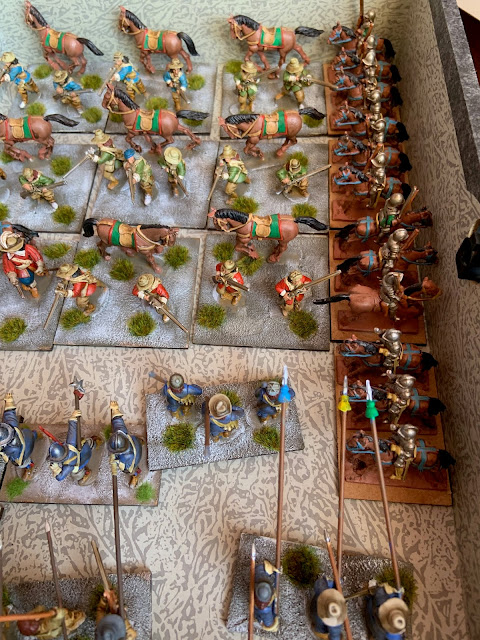 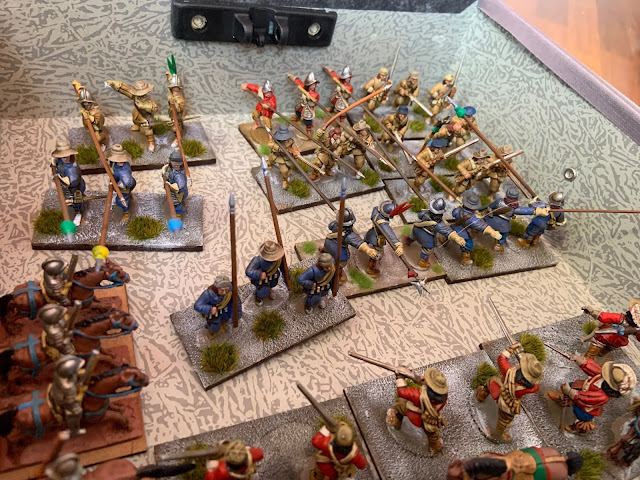 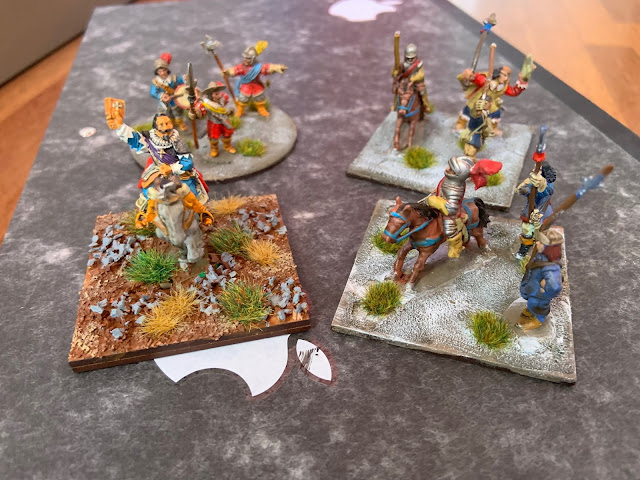 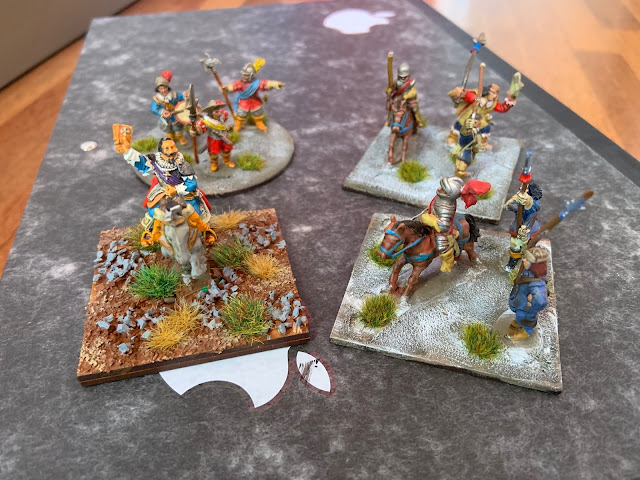 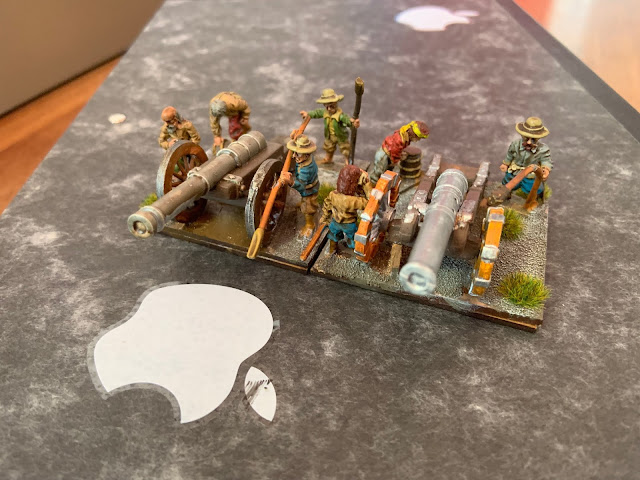 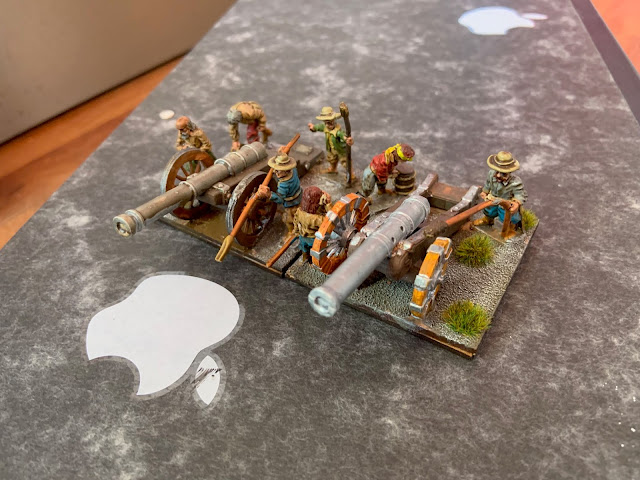 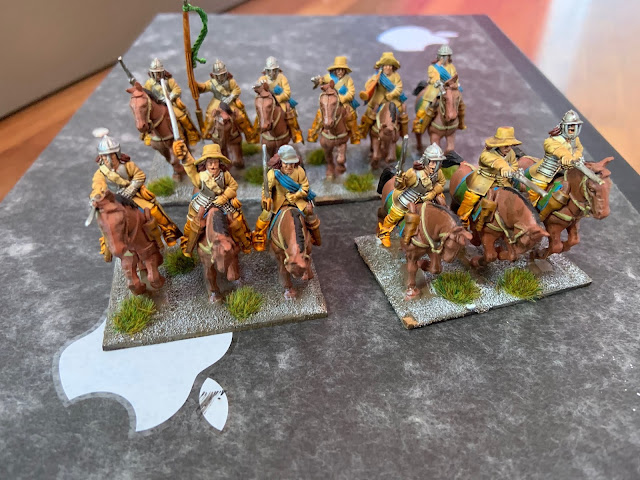 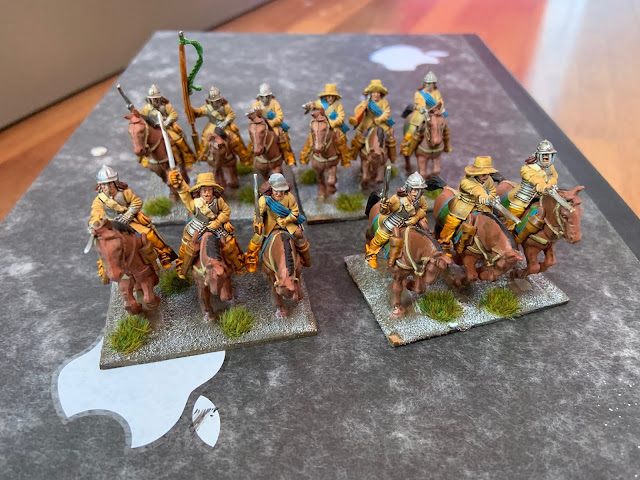 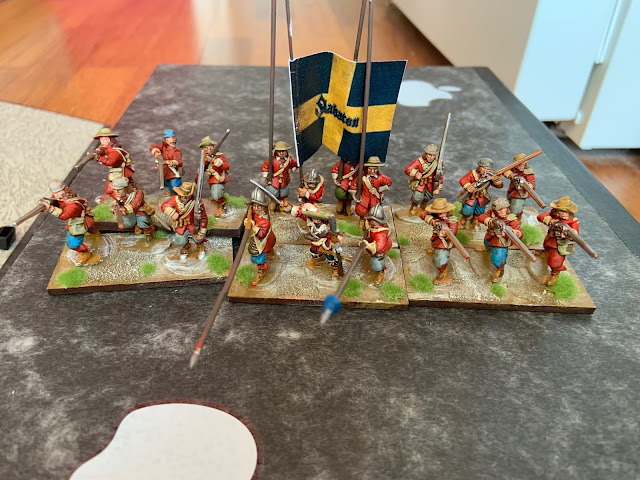 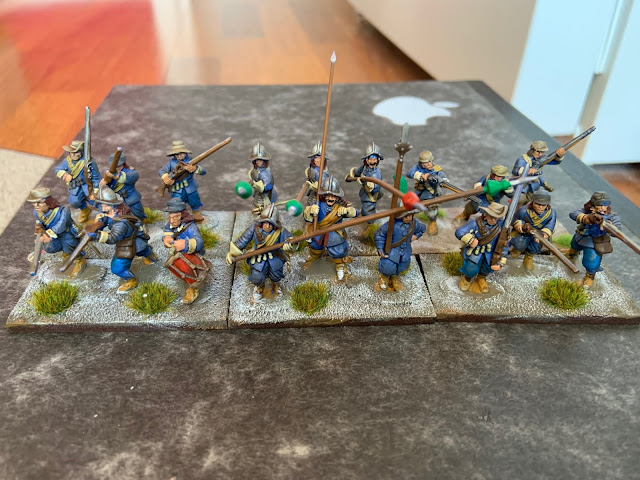 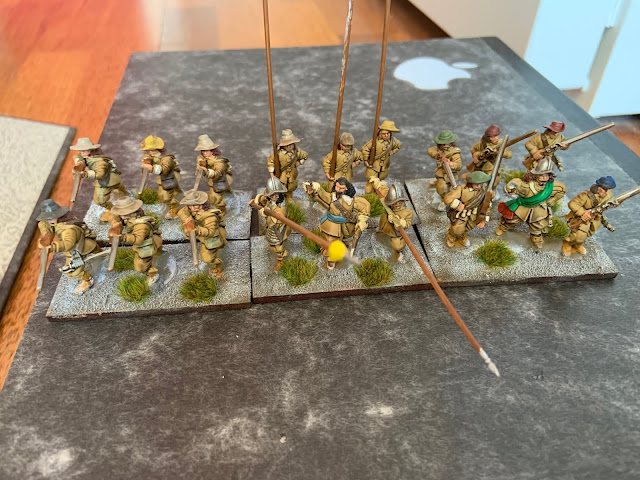 Posted by the.urban.bunny at 17:54 No comments:

Have been busy over the last few months with ADLG comps, going to the Worlds in Rome and then up to Britcon in Manchester.

Things have calmed down a bit and now finally got some -R back to the table.

Also got to give my new cloth from Wargamers Whims a run.

I went for an agressive army with Gustavus as the Strategist, so, had an initiative of +3.

The Swedes won the initiative and invaded England.

The Swedes had a strong center with four Elite Salvo units, a medium artillery and Gustavus as their commander.

On the right hand flank, the dragoons deployed in an enclosed field and their far flank was protected by two Medium Cav with Carbine and Commanded Shot and two of the Heavy Swedish Pistol Cav. 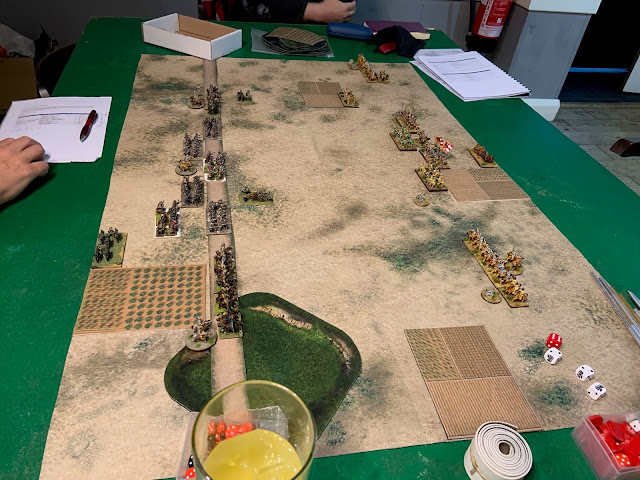 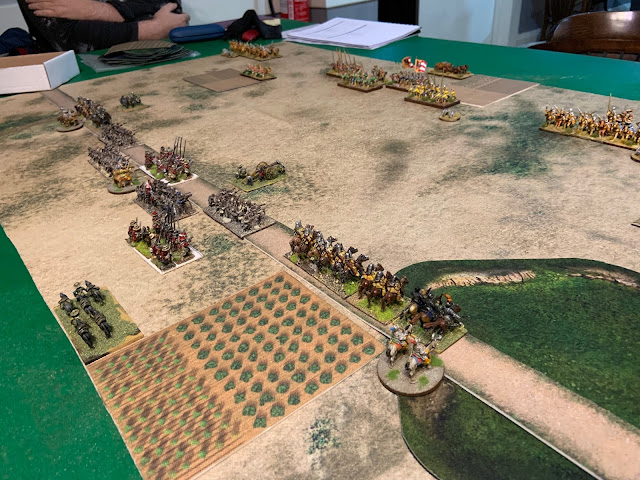 Turn 1
The Swedes don't mess around, advancing agressively to the English with a triple move! 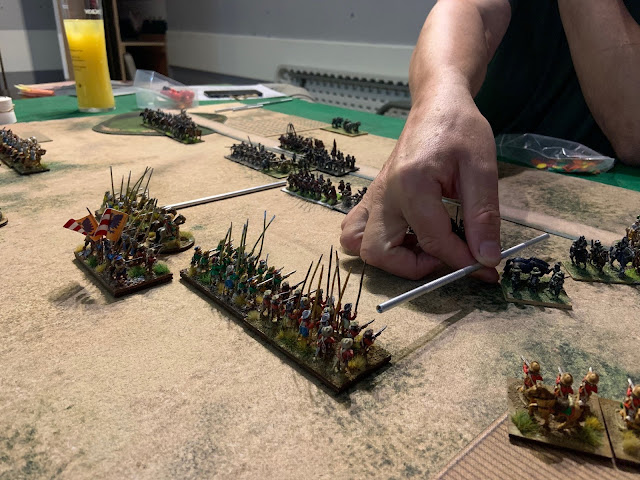 The Swedish Dragoons beat up on the English Dragoon, safe in the knowledge of having supporting mounted behind them. 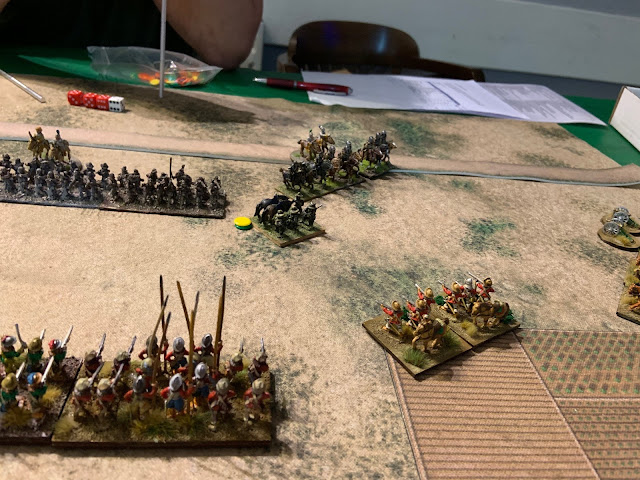 Turn 3
The English Dragoons retreat which the Swedish foot's advance slows down after some very acurate English shooting.

The Swedish mounted advance to within shooting range. 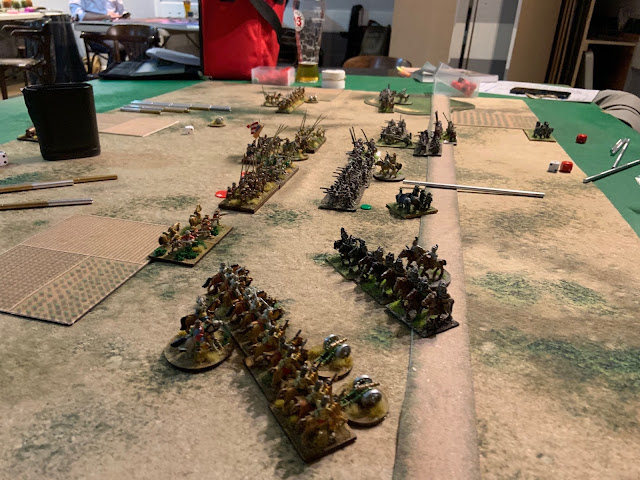 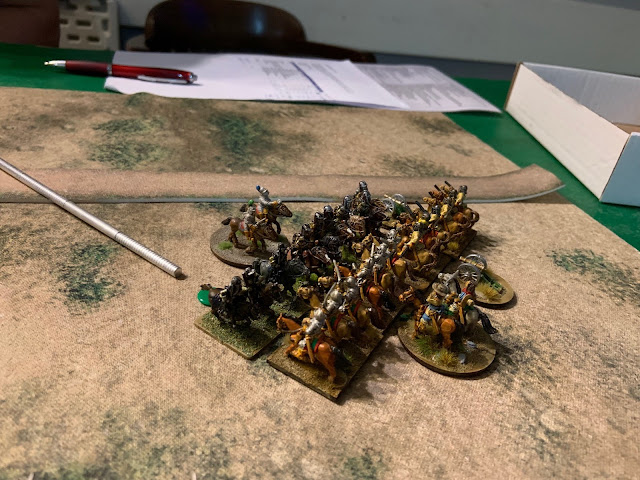 Turn 4
The Swedes Charge in 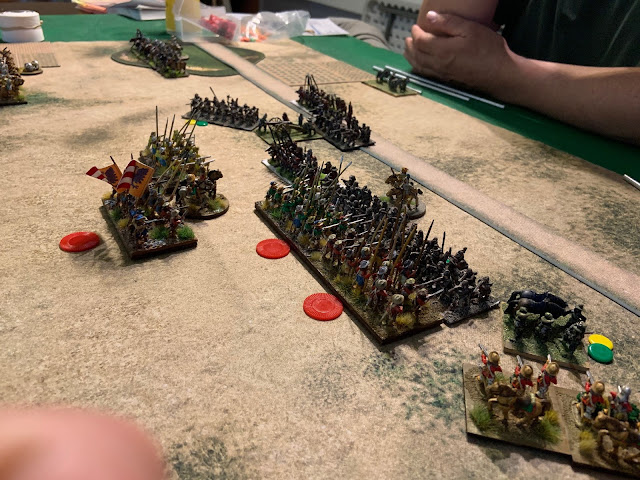 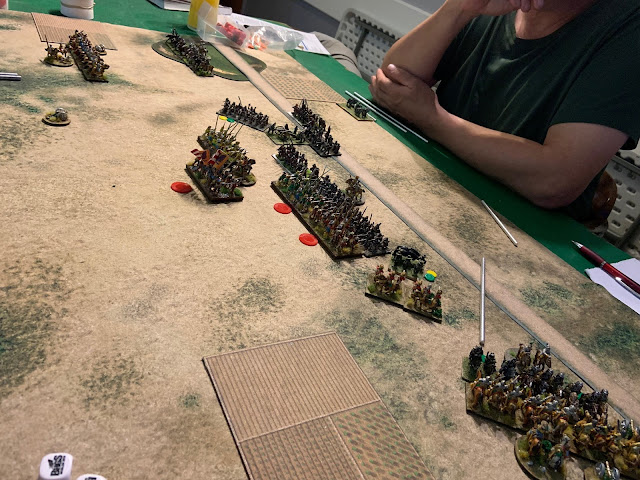 The attack doesn't go completly to plan with a Salvo unit being broken, but the remaining Swede unit is free..... 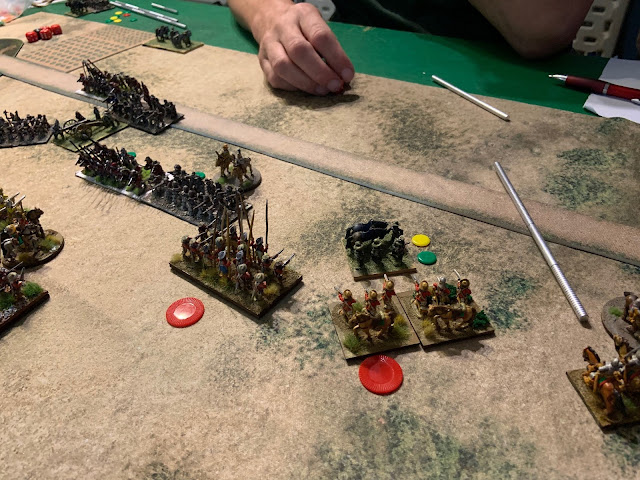 Turn 6
The Swedes finally break thru the remaining mounted on the right hand flank and advance.
The Dragoons shot away the English Dragoon and make a beline to the baggage.

The Swedish foot charge on mass before the English flank charge arrives.

On the left flank, the Swedish mounted receive a charge from the English Elite and it doesn't go well for the Swedes. 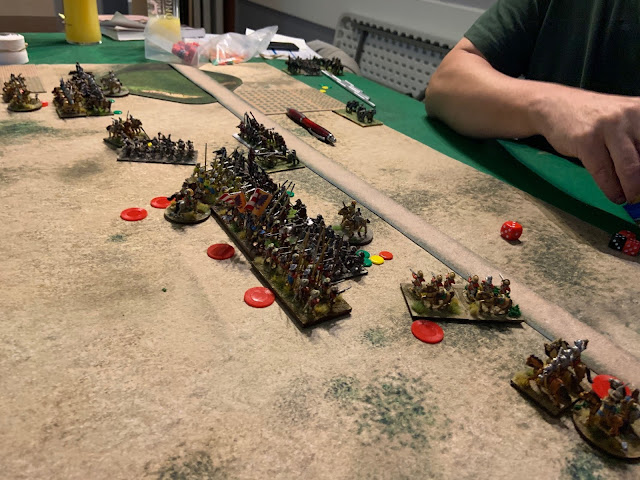 Turn 8
The Swedes prove victorious after decimating the English centre and right hand flank!
Posted by the.urban.bunny at 13:21 No comments: