One of our old club members is from Spain and came over for a visit a few months ago.

So, we took him up on his offer.

Six of us from the CWLC took a couple of days off and we made a long weekend of it.

Estella is a small town near Pamploma, so, we got to cram a bit of being a tourist in along with ADLG, tapas and Rioja. 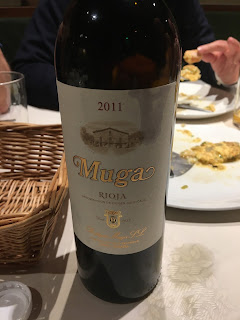 This was my first solo ADLG competition and I was going in with low expectations.

The period was any army to the following periods: Classic, Rome, Dark Ages and America.

I brought my Later Hindu Indians as I had just finished painting them up and I've always wanted an Elephant army.

My to my surprise and to my club mates, I came third place! 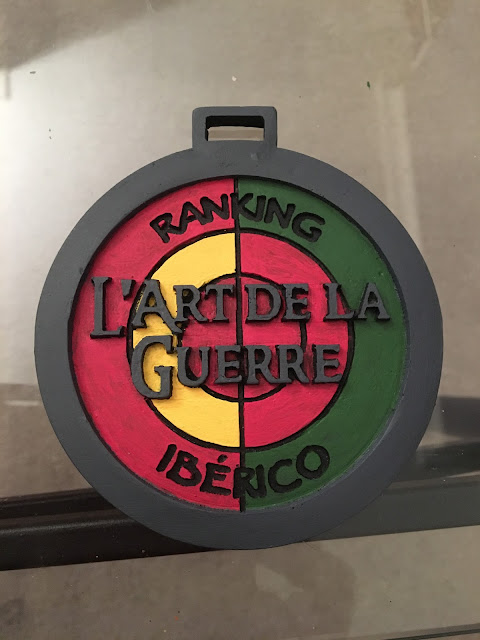 I managed to break all five of my opponents, but lost my army in three of the games.

ADLG has an interesting scoring system where if you don't get a result (win or lost) you don't get many points.  You get lots of points for killing bases or causing wounds which worked well for me as I broke all of my opponents.

A bit of Elephant action, we had 10 elephants on the table

Rather than hiding, the Hindus advance! 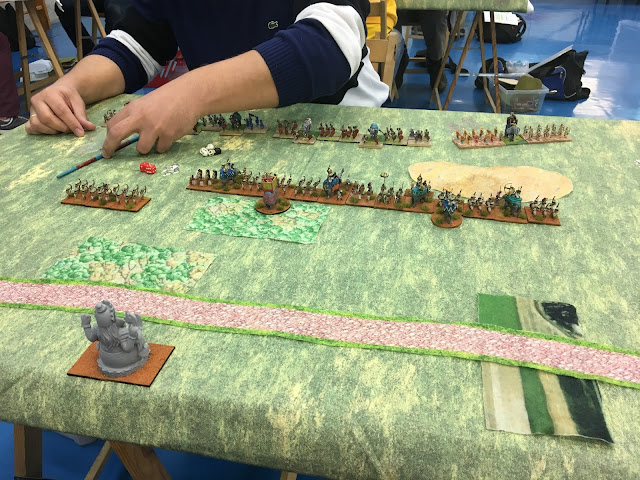 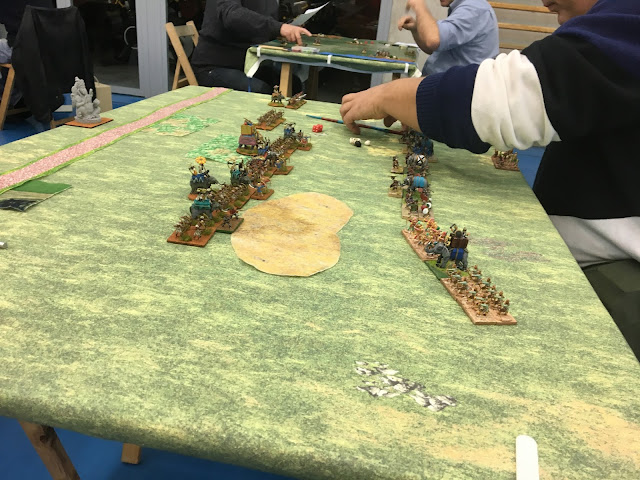 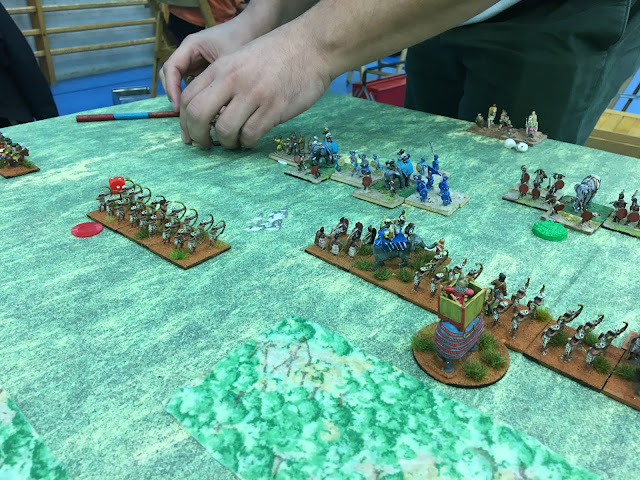 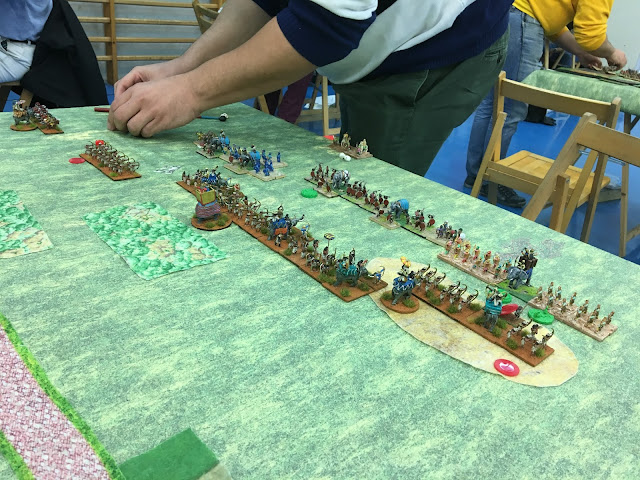 The Indians collide, both sides taking a lot of damage.  We got some Elephant rampage going on 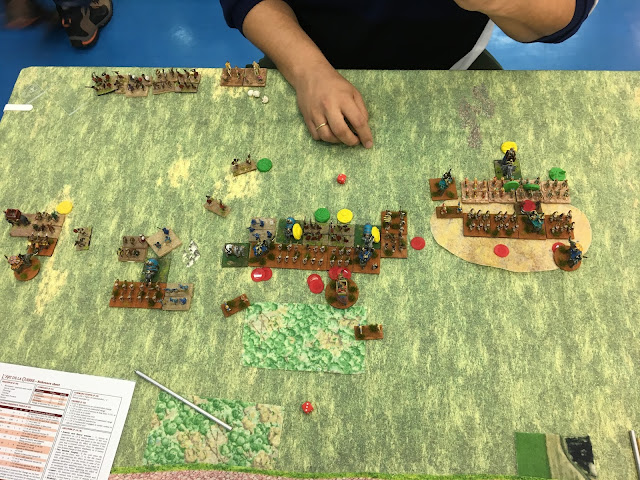 Game 2 vs Early Imperial Romans
Big win to me

I found after the game I had just broken France's number 6 ranked ADLG player. 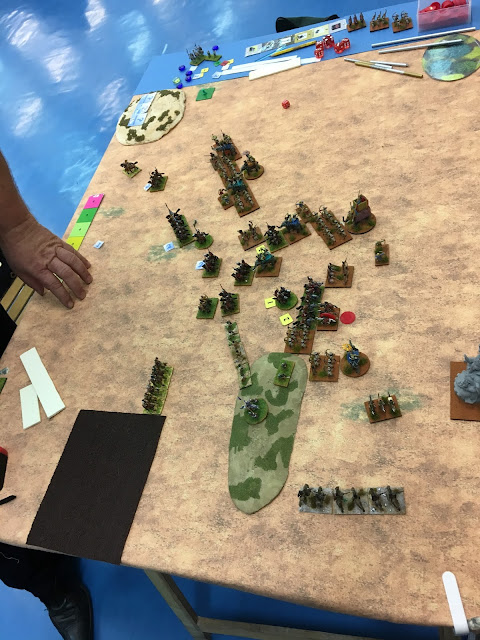 The Elephants move in while getting surrounded by light horse. 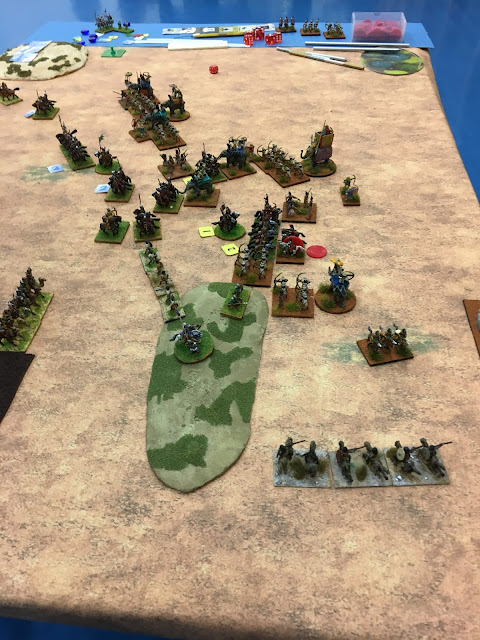 The club put on a dinner for all the participants.  Spanish food isn't the best for a vegetarian like me.

For the carnivore, this is what they got. 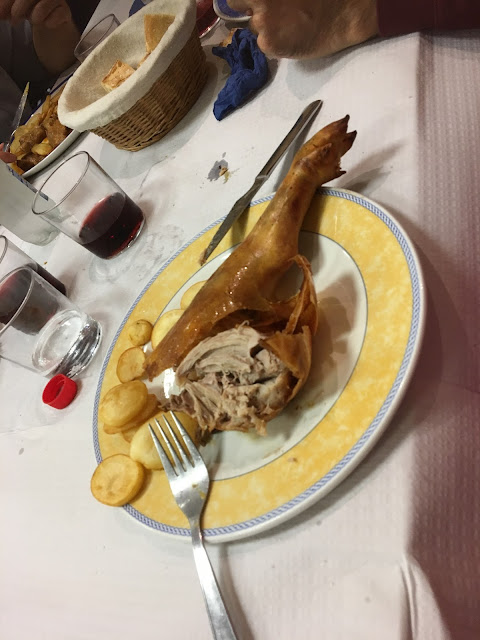 The closest I will ever get to eating pork.  Now, where is that red wine, I need a drink! 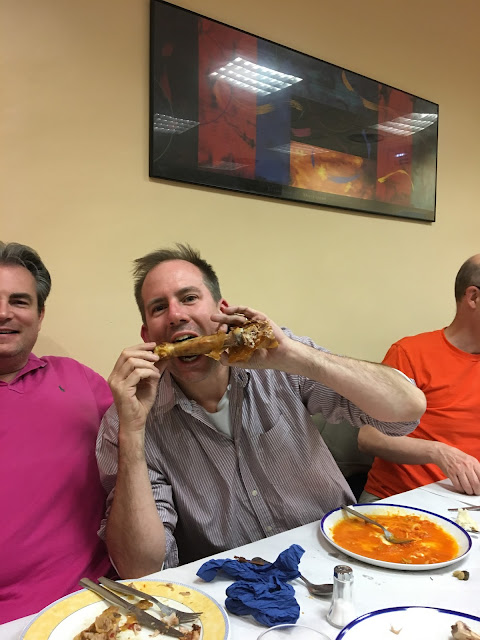 The Indians win their first initiative and decide to come charging down at the legionnaires.  I thought it would be better to get stuck in first before the very scary blade equipped legionaries made me into kebabs. 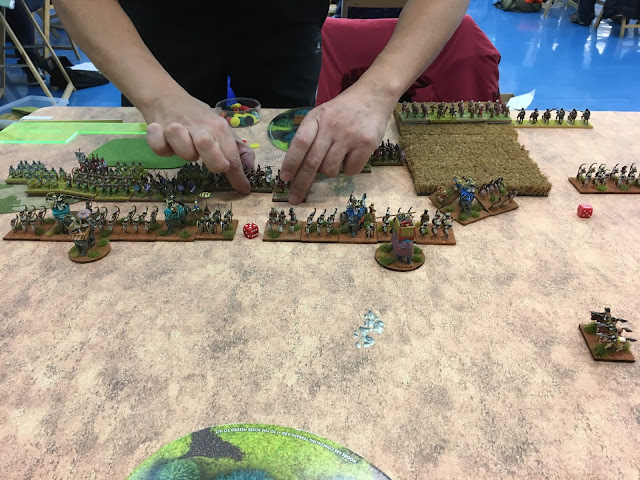 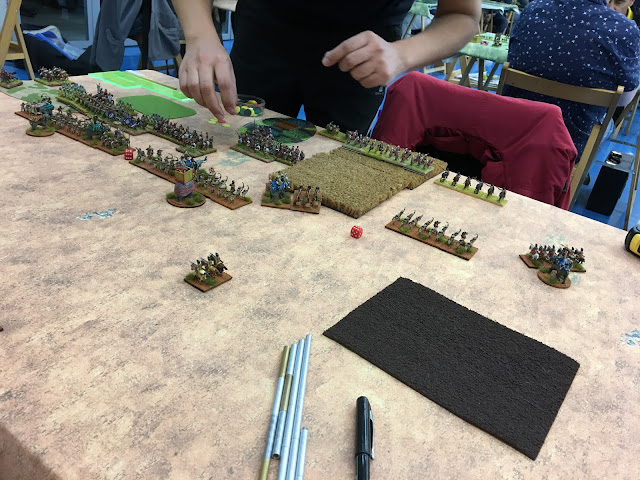 My elephants saved the day.  My opponent broke me and was one point off breaking.  One of my elephants was killed and went for a rampage over one of his bowmen who was up a steep hill, causing him to break as well.  Revenge! 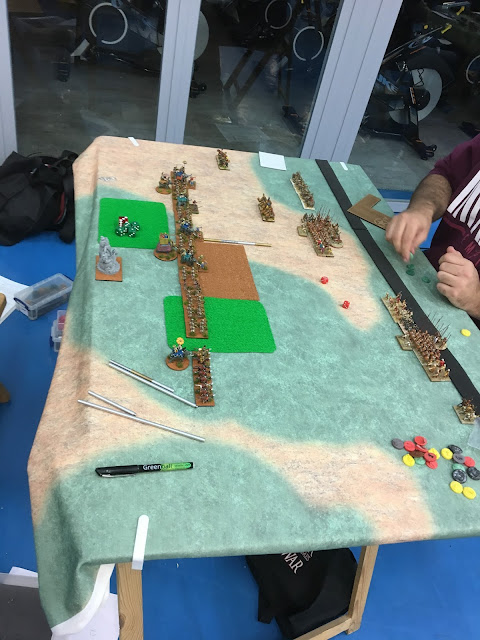 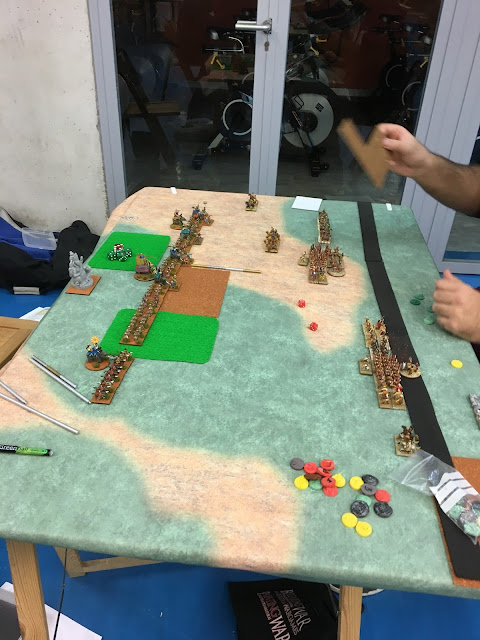 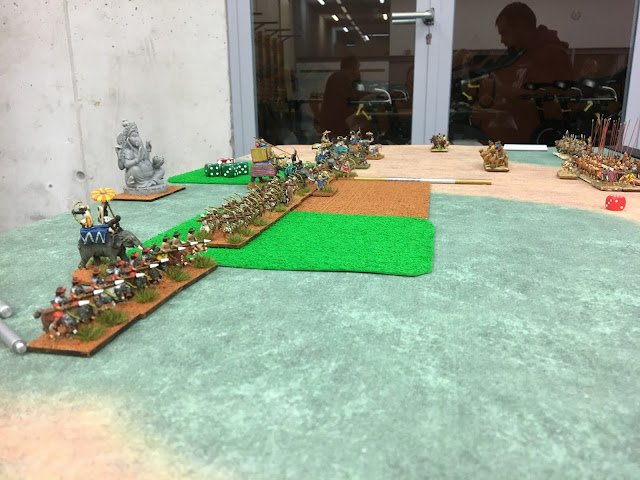 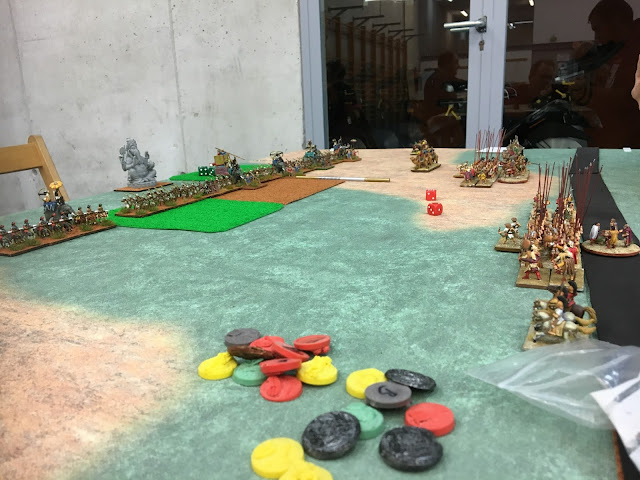 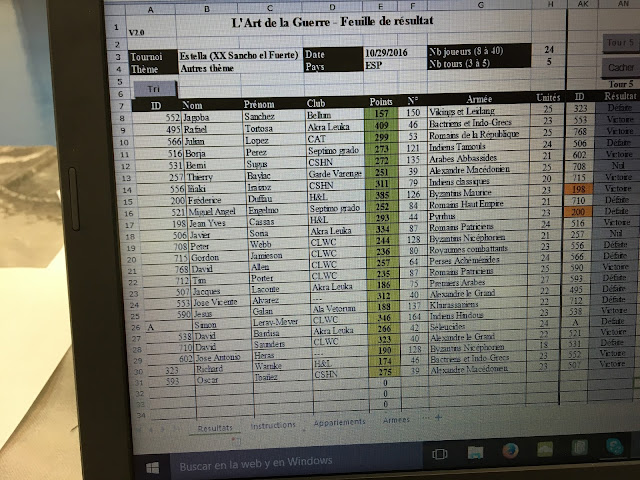 Posted by the.urban.bunny at 21:04 No comments: