Something a bit different to the the ADLG-R testing I've been doing.

One of the guys at the club has just finished a Hussite army for ADLG and wanted to give it a go.

So, who to face them?  Medieval Germans with some Landschneckts!

Look at all those Warwagons.  Hopefully my Pike based wrecking bars will work..... 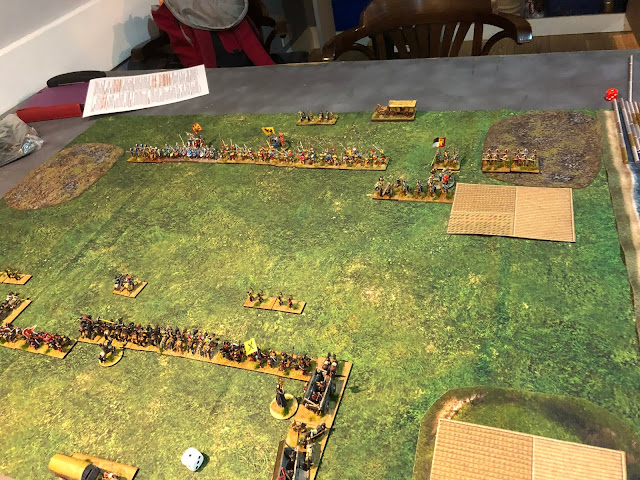 Close up of the Landschneckts 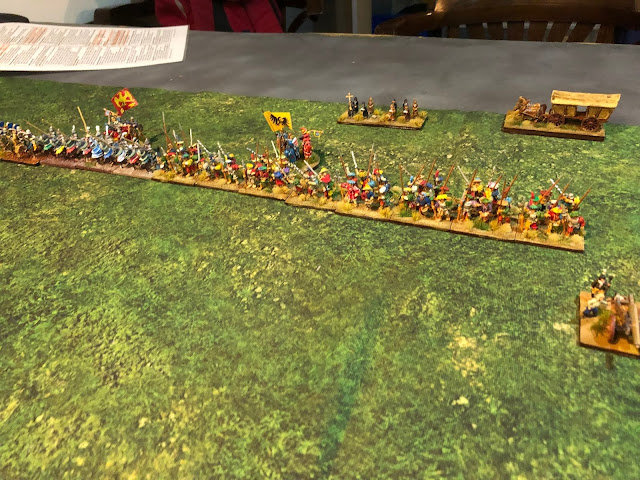 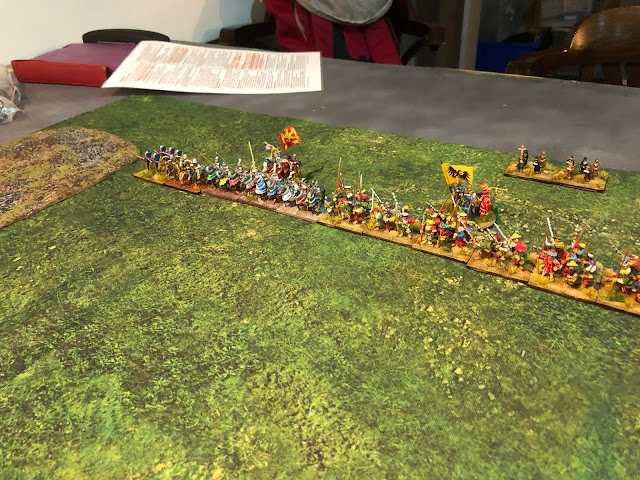 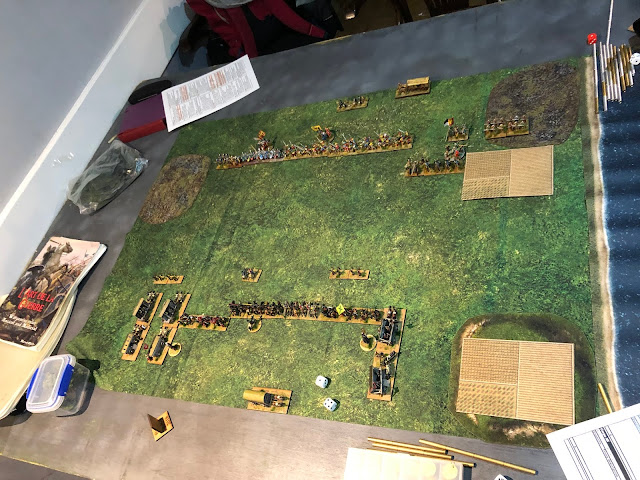 The Warwagons start forming a line.  My, that is a big gun! 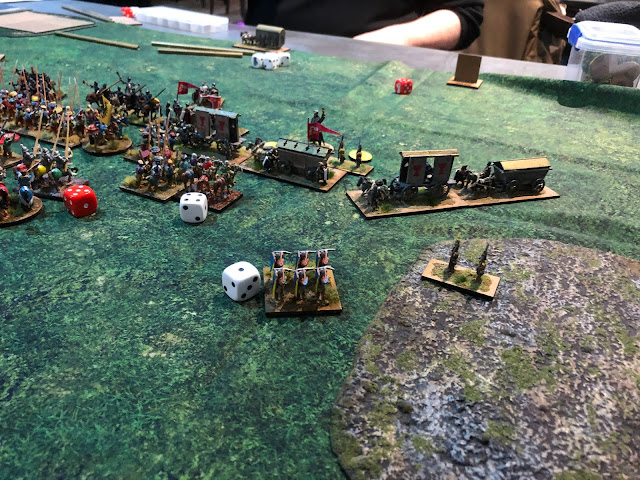 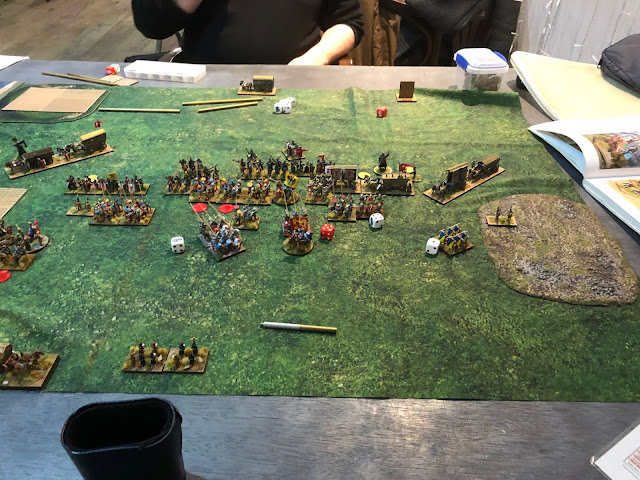 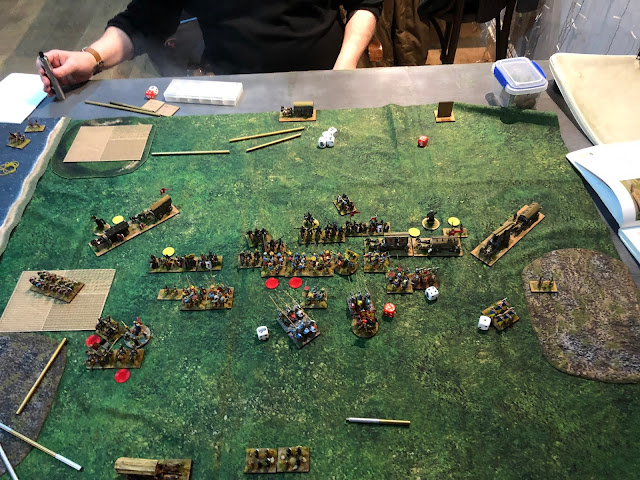 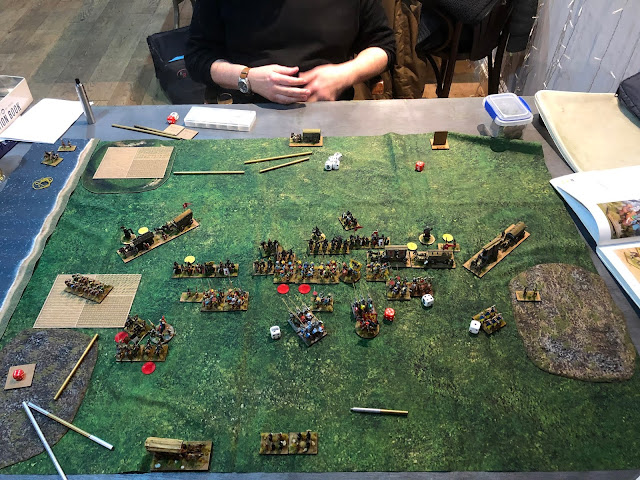 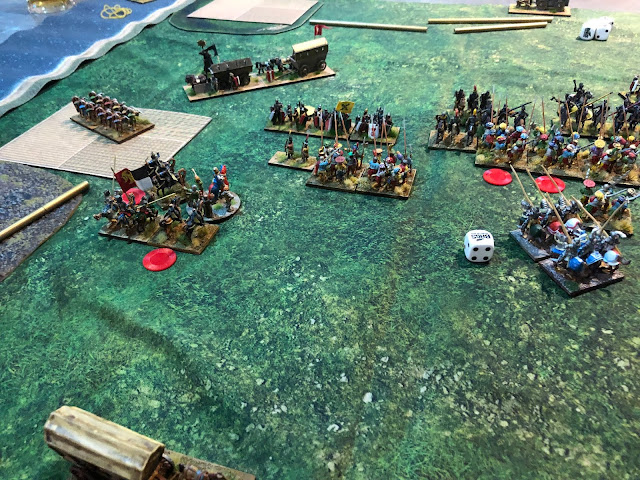 Posted by the.urban.bunny at 14:54 No comments:


Got ADLG-R onto the table tonight. I brought Early 30 Years War German Protestants vs Later Imperial Spanish. First time we got to play with Later Tercios.

The Germans won the initiative and invaded Spain, mostly in the plains with a nice open table 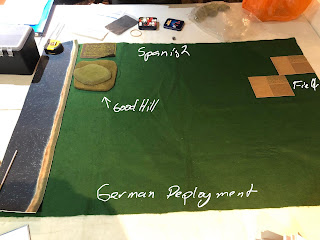 The German left and right hand command were identical with a Dragoon, 2 Elite Heavily Armoured Cav Caracole and 2 Heavy Cav Carbine. The Central command was all the foot, an Early Tercio on the left, a medium artillery, 2 Pike & Shot and a Musket only unit in the centre. Facing it on the wings were similar commands to the Germans and in the centre were three Later Tercios, one of which was Elite and two Pike & Shot - Reduced Musket. 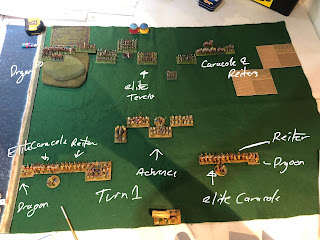 The Germans advance and take a hit from artillery 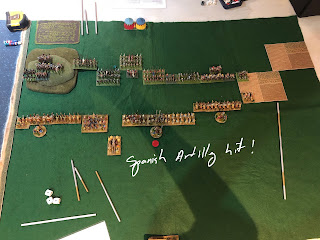 End of the German turn 1 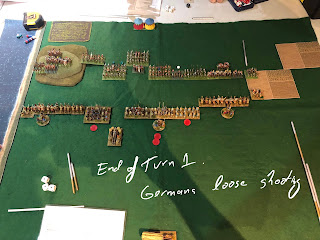 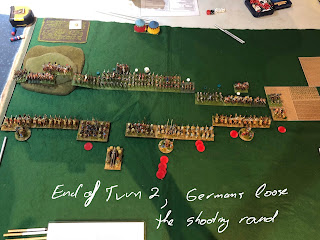 Turn 3, the Germans charge on the right hand flank, hoping to catch the disrupted mounted, but fail to purse (rolling a 1). 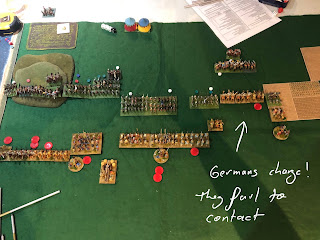 The Spanish retaliate with the Tercios charging and decimating a Pike & Shot in one turn, with it taking 8 cohesion in one turn. 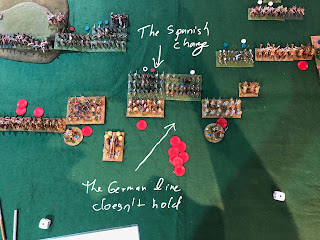 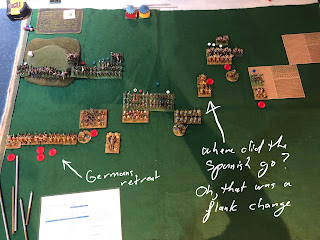 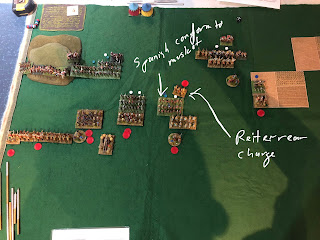 The game ends with a German Reiter unit breaking off, seizing the opportunity to sack the camp.

The Spanish almost broke the Germans, missing it by one point. 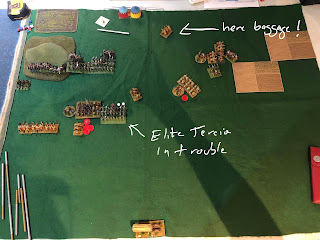 Posted by the.urban.bunny at 10:57 No comments: