Couple of pictures of some scifi terrain I picked up at Salute. Really nice stuff and not too expensive. The entire geohex complex cost £8.

I am going to pick up some more one day 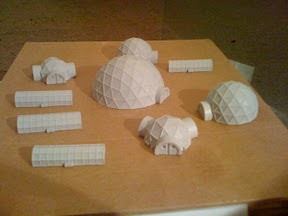 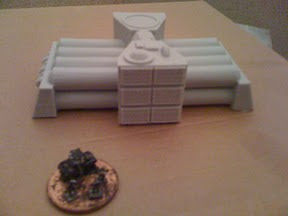 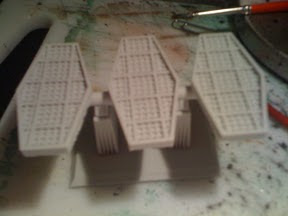 Posted by the.urban.bunny at 22:16 No comments:

Went to Salute 2010 today, first time and was impressed. It's held at the ExCel centre here in London and is basically a big hall packed full of vendors and demo games. I managed to pick up a bunch of stuff and got to have a look at a lot of new vendors. Got to see a bunch of very nice 6mm figures from Brigade Models and Dark Realm miniatures. Very very nice.

There were a few guys dressed up as Star Wars characters, a Darlek and vikings. 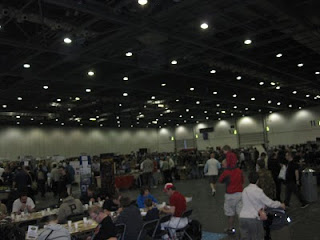 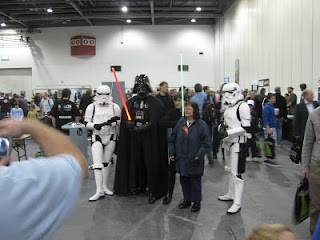 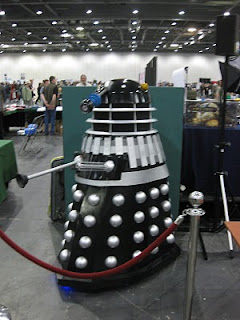 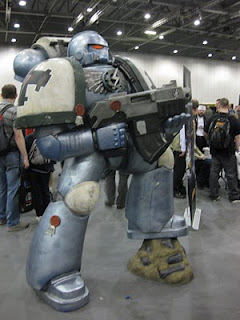 Governance of Technology demo game. This is the new 25mm scifi hotness 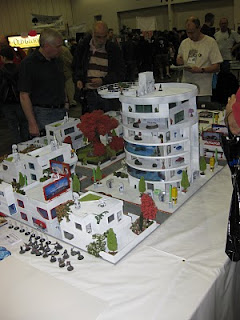 Posted by the.urban.bunny at 20:57 No comments:

Off to Campaign in Milton Keynes in a couple of weeks. Will be a different style of comp as the list of armies is very restricted. It's designed to have a narrow time period and historical armies fighting each other.

I'm entering the middle ages group which has;

Will be interested to see how it goes.
Posted by the.urban.bunny at 20:52 No comments:

Just got back from the Challenge Field of Glory competition at Ascott. I managed to get nine games over three days (four practice and five comp games) and ended up with two wins, two loses and a draw.

I am pretty happy with the results. I lost against the Hun Chinese and Arab Conquest due to the mass of supported foot who I could not break. In the end, I got pushed to the end of the table and got crushed. As a skirmisher army, they were my worst nightmare. Time to rethink all of the light foot, they worked well, but I think that four battle groups of them was a bit too much. Maybe got for just a couple and have more real troops.

The comp was nice and relaxed with a pint of beer for 2 quid, so, you have to be happy with that.

I'll be back next year.
Posted by the.urban.bunny at 13:06 No comments: