Nice to be back with ADLG-R after my horrible performance at The Challenge.

With ADLG-R now stable on the May 2019 release, a few more people from the club have started to play it and a few are basing up some spare troops as Keils and other larger units.

Martin brought his New Model English and I had the French.

The end result was a mutual destruction with both armies loosing quite a few bases and nearly everything had a cohesion marker on it by the end of the game.

The French won the initiative and attacked.

We both had armies of around 24 break points.  I had a central command of impact pike & shot supported by two heavy artillery and mounted flanks. 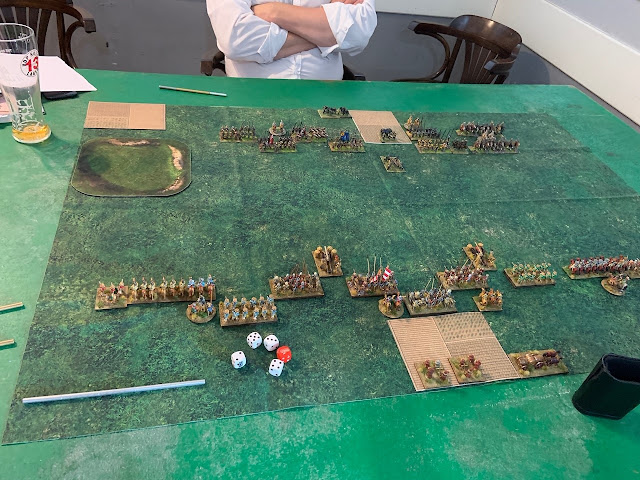 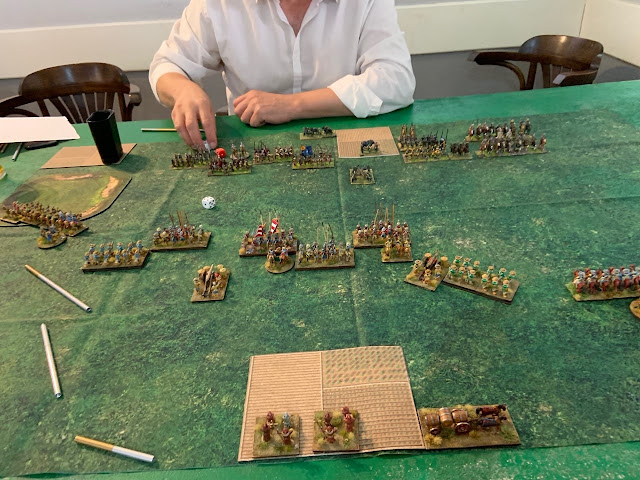 The French run out of pips and can't hold onto the impetuous mounted, so, they charge a pike & shot.  Luckily it was already disrupted, but the P&S held its ground. 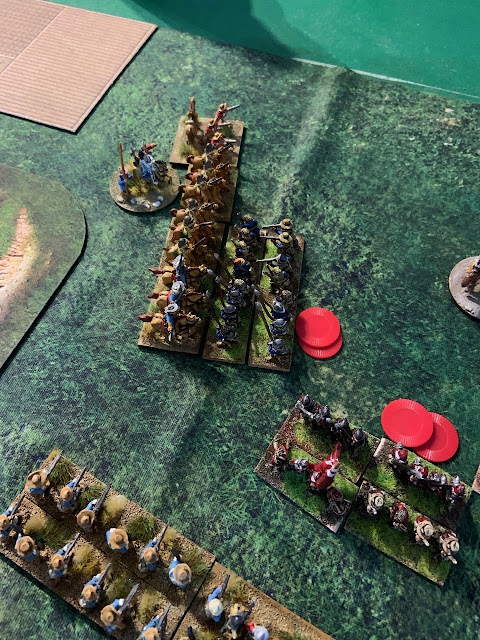 Turn 5
The lines crash
One of the French foot units is looking rather poorly. 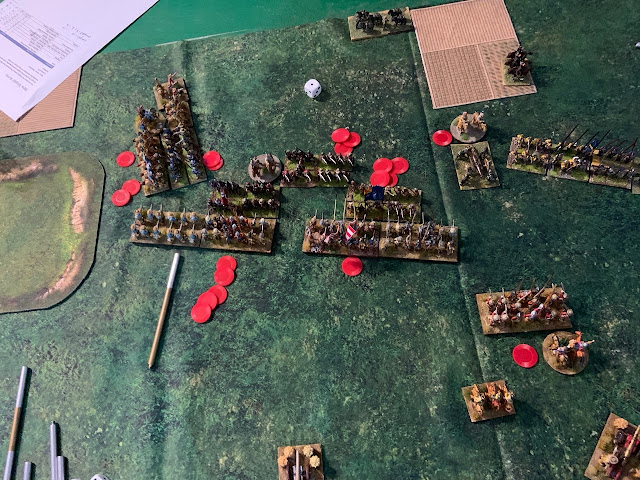 On the right hand flank, the French mounted have burst thru 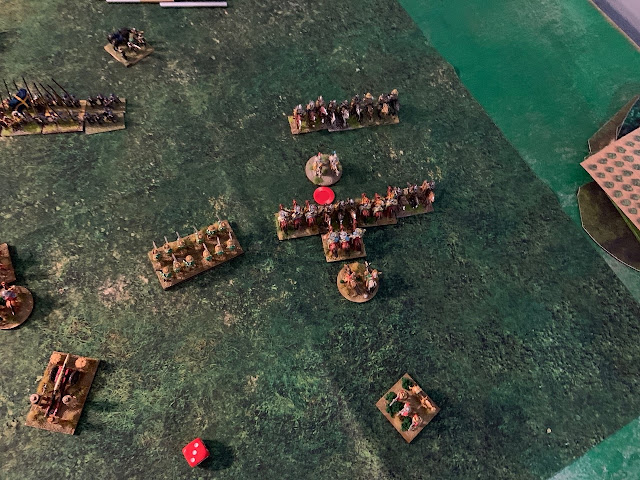 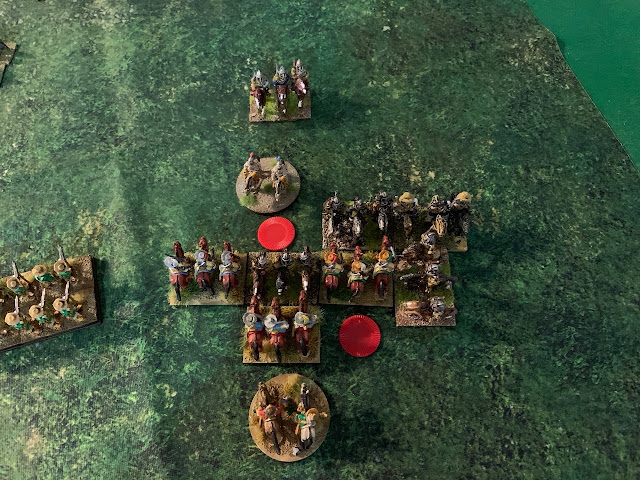 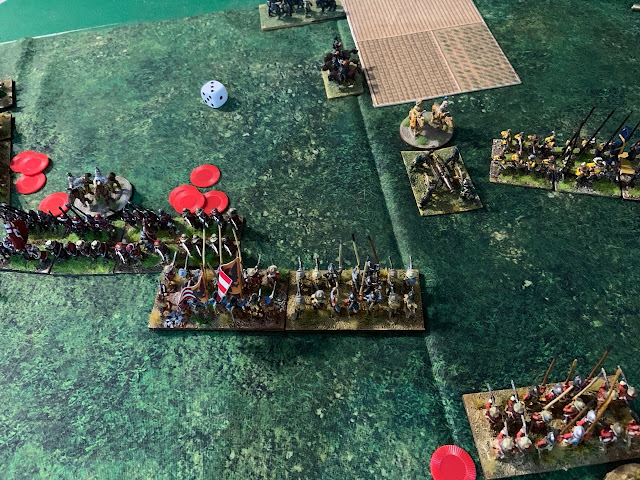 Posted by the.urban.bunny at 11:04 No comments: