Mike has been busy and rebased a bunch of figures that haven't seen the day of light in many years. The French won the initiative and invaded Spain. A large Swiss contingent had been hired and were up for a decent fight and came charging down the center of the table. There flanks were protected by Tercios, Gendarmes and Caracole Horse. An LMI Arquebus unit made a bee line towards the enclosed field and proved to be a right royal pain. 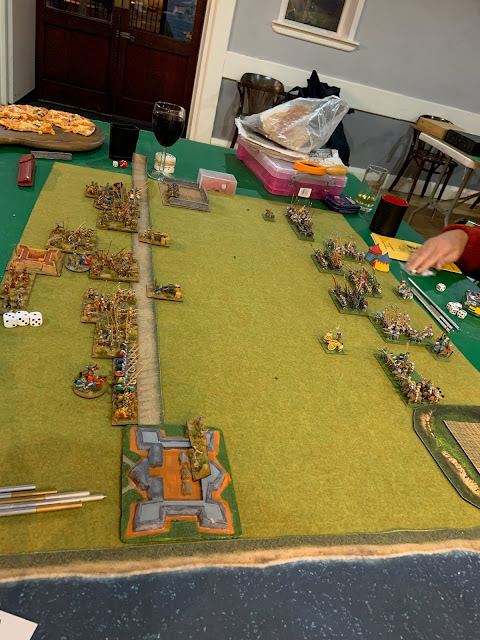 The Swiss with support 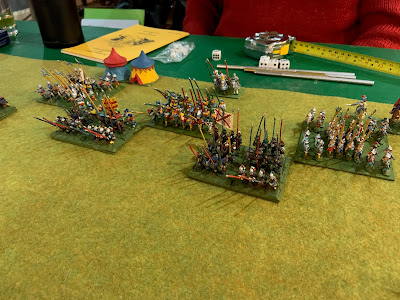 The Spanish deployed several Tercios and two Colunellas with heavy artillery in the middle and mounted on the flanks. The terrain didn't help and the Gendarme heavy left flank didn't add much value to the game. 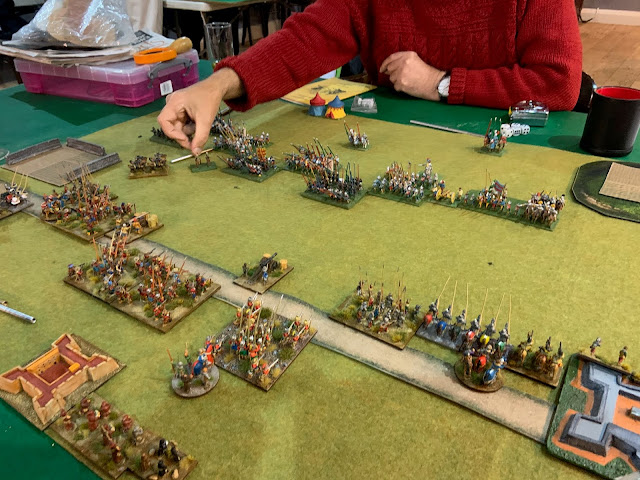 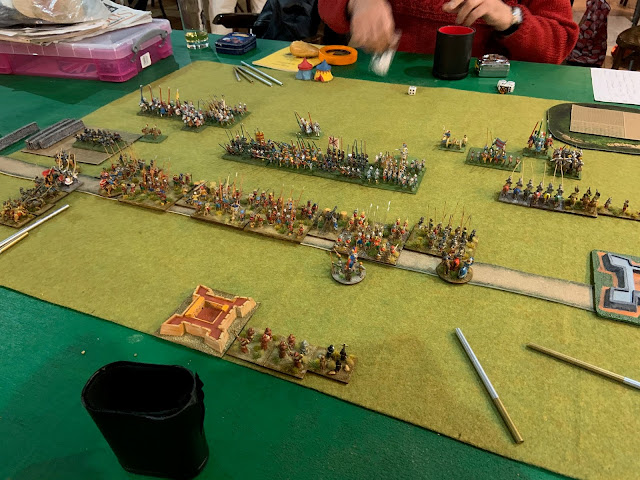 The end result was a narrow win to the Spanish, breaking the French but took heavy casualties.
Mikes's Caracole units were the heros of the day, killing two Elite Gendarmes and a medium cav, while the Swiss were beaten back by some very accurate heavy artillery fire. 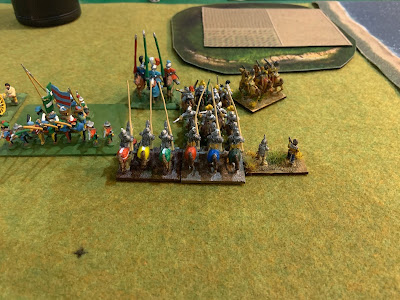 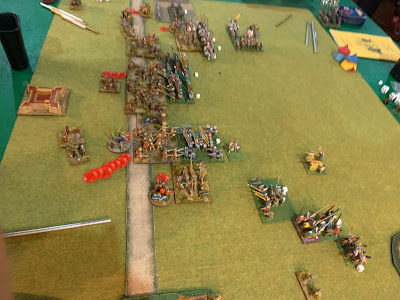 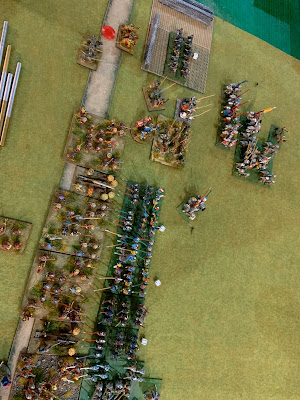 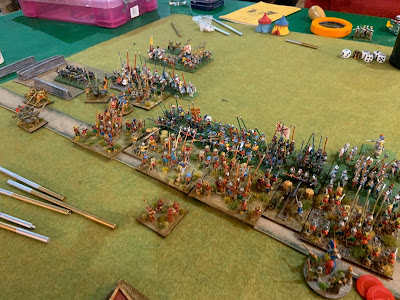 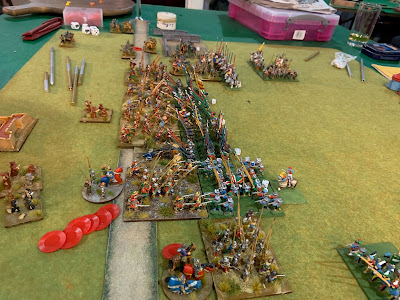 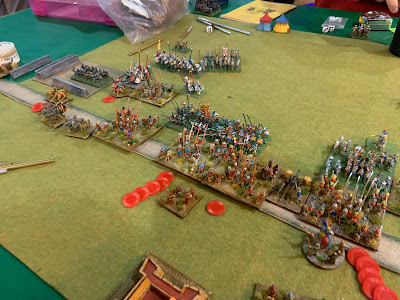 It was great to get that many Tercios, Keils and other large formations on the table and get nearly everyone in combat. You got the feel of the period.
Next week, more later ADLG-R with my Later Poles coming to the table for their first game.
Posted by the.urban.bunny at 14:26 1 comment: