Khurasan are doing some really nice stuff in 15mm. It's becoming hard to resist ordering some of their figures.

"It's just another bug hunt! 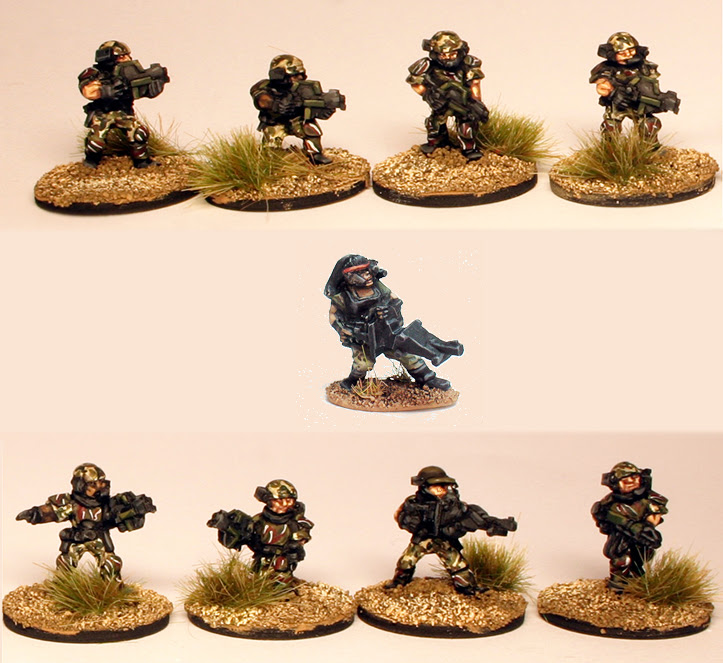 so, FoGR is a lot of fun and I can see myself playing it more and more. I think that FoGAM will be moved to my secondary game now...

Long live Pike and Shot
Posted by the.urban.bunny at 21:22 No comments:

the end result of Campaign for me was middle of the pack. I managed a win which was great. I hoped for more, but, nope.

So, the results was, 1 big win, two big loses and three draws.

The dice gods are fickle.

Now, time to practice for Britcon in August
Posted by the.urban.bunny at 21:17 No comments:

Spartan Games have a space battle game called Firestorm Armada. I haven't paid much attention to it as I'm more of a Full Thrust player, but, I've been watching their new releases and they are looking good.

I'm thinking maybe to pick up a few of these figures later on to use with Full Thrust. They are currently redoing their entire line with models that have been designed in CAD, rather than the old fashioned way.

First game and a draw. Not for lack of trying, bot of us were one point off breaking and every unit on the table was either in combat or busy shooting .

My opponent got lucky with the terrain and had a large enclosed field to anchor his forces. All of his medium foot muskets ran for that and proceeded to dig in.


The enclosed field with the cavaliers busy fighting to one side 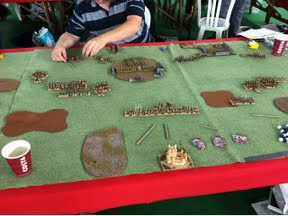 Everyone piling in for a fight 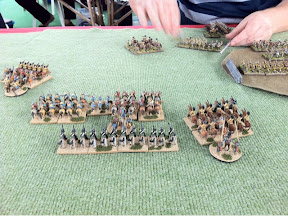 Posted by the.urban.bunny at 11:31 No comments:

Off to Campaign this weekend.

I'm playing in the English Civil war period and looking forward to it.

There may be curry and beer involved....

Posted by the.urban.bunny at 21:06 No comments:

Yet again, it will be held in the mail.

As is says on the entry brochure, "I didn't know that this would be here when I agreed to come shopping!"
Posted by the.urban.bunny at 20:38 No comments:

Off to Campaign 2011 this weekend.

I'm going to be playing in the English civil war FoGR comp.

I'm going to be brining in a Later Royalist army, heavy on the superior Cavaliers.

Let's see if I can do any better this comp compared to Rampage.
Posted by the.urban.bunny at 20:30 No comments: