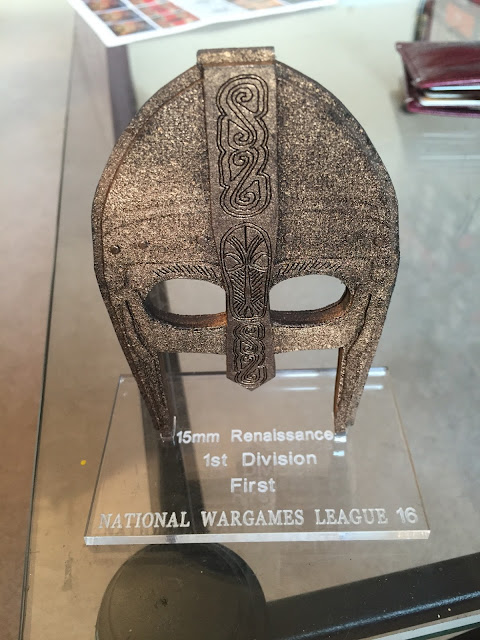 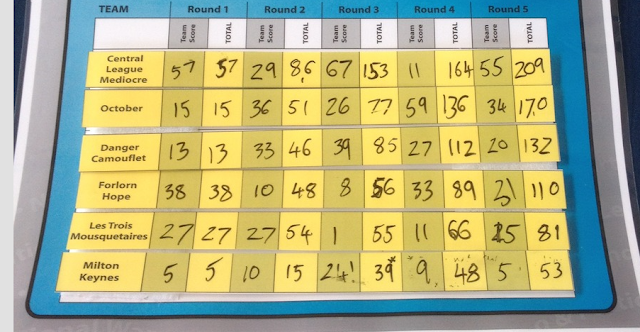 Dave and I took first place in our periods as well!

Was good to see a few new players, especially Izzy who is just 12 getting her first 25-0!

I didn't take many photos as the games were on a tight schedule (3 hours each) plus a quick turn around between games.

It was fun to get the 25mm figures on the table and stomp around.  The tight ECW theme did allow for several variations on each army, so, you never really knew what you were going to face.

Paul's Parliamentarians advance across the table. 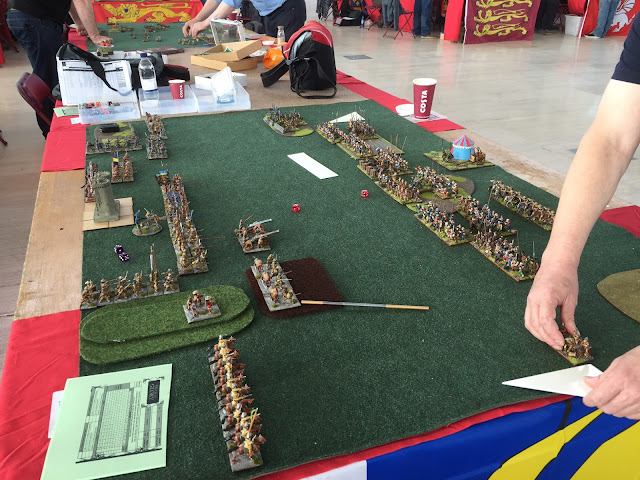 Chris owns one of the Cigar Battle Box cloths so, we used that as well.  It gives the table quite a nice look and takes away from the usual dull green or carpet sheets we usually use.  Very temping to buy...... 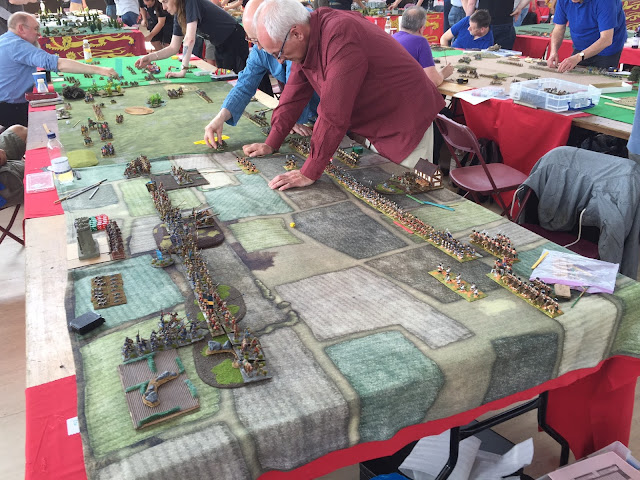 Posted by the.urban.bunny at 11:52 No comments:

We are off to Campaign 2016 this weekend.

Tim, Dave A and I are back as Central London Mediocre and I'll be in the 25mm period this time.

Lets see if I can do better than last year.....

here are the periods


he usual current restrictions on Artillery (1 gun per 6 infantry BG bases; no fire into flank zones on deployment) and superior/average troop mix (No more superior/elite bases than average/poor for both Foot and Horse BG's) will apply.

The runners and riders have been posted.  I'm a bit surprised by the other choices in the 25mm period, maybe I didn't choose the right army.... 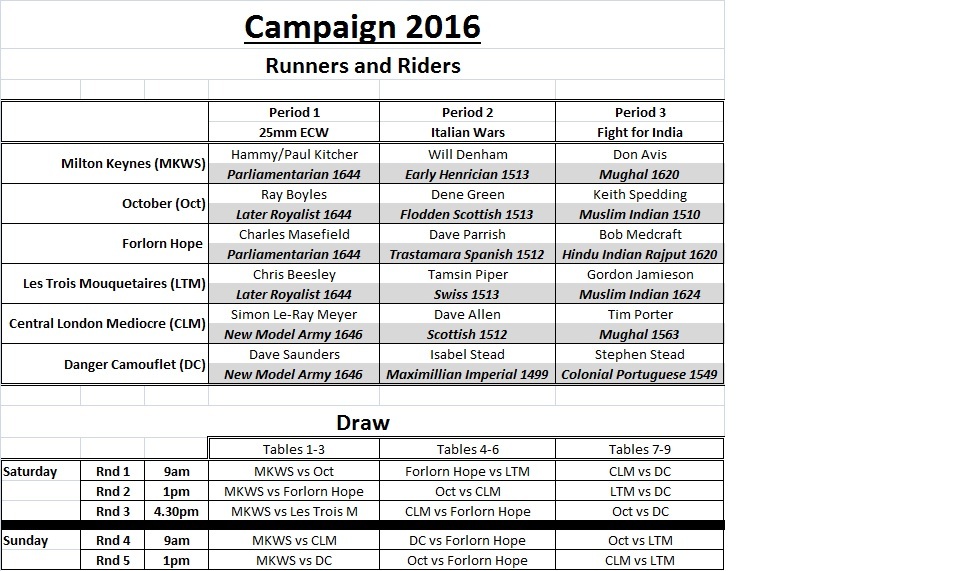