Every milita needs a arms dealer and here he is with some of the latest weapons for their selection. 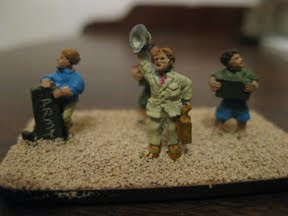 Here is my British army for Cold War Commander. I've found a few guys at the club who are keen for a bit of modern day action. We are focusing on the the end of the cold war period so ATGW is still effective.

The figures are from Heroics and Ross. They are not as detailed as GHQ, but they are cheap and heck on the table top you don't notice. 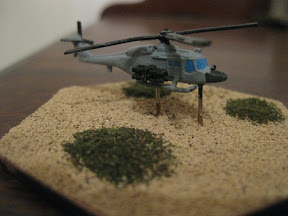 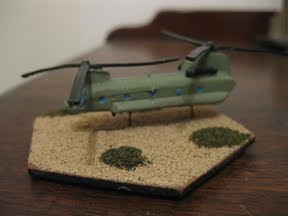 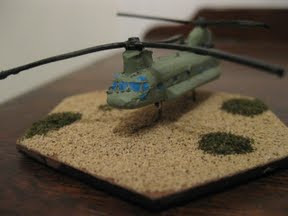 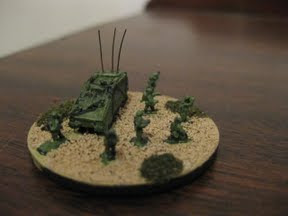 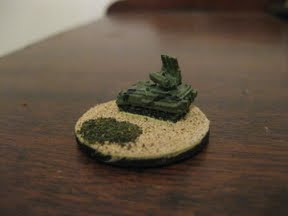 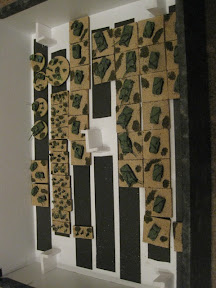 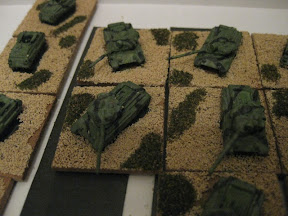 "Company" contractors or executives need appropriate transport and the 4x4 is it. Perfectly suitable to stash arms/money/prisoners in the back. 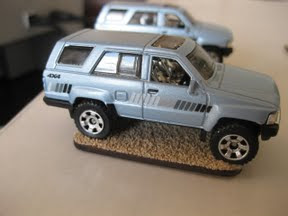 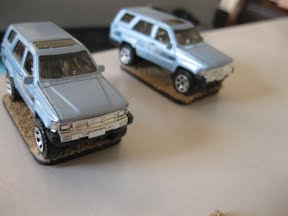 Finally based up my Tyranid infantry, if you can call six claws on legs infantry.

I've given up trying to buy more 'nids on eBay. They are just to too expensive. There are a bunch of other 6mm vendors who do similar figures. 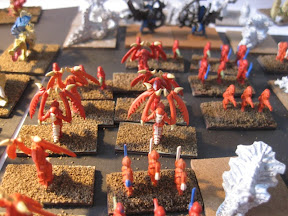 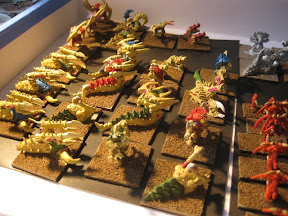 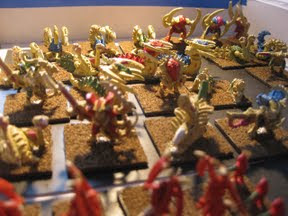 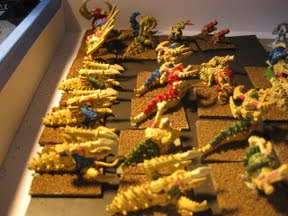 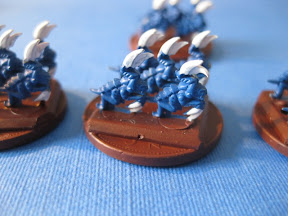 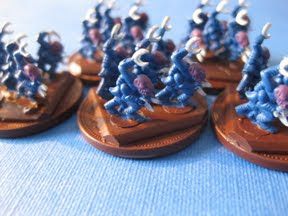 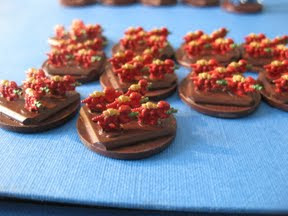 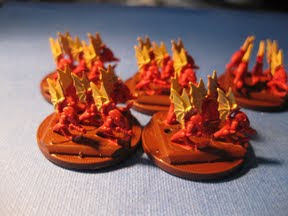 Couple of pictures of my 6mm royal marines that I've just finished painting up. I'll post a picture or two of their chinook.

Time to storm the beaches! 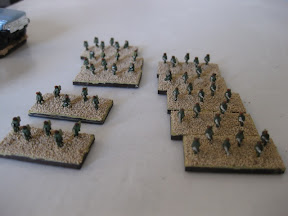 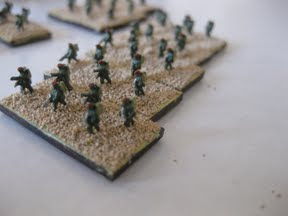 Hmmm, was looking at my 10mm WWII figures and was thinking that 10mm moderns could look good. Might work well for force on force.

Question is, do I need another scale?

Bkc at the club

Bkc made a resurgence at the club this week. There was a game of CWC and BKC running which was great to see.

I picked up some 10mm British at Warfare last year for BKC. Time to start basing them up.

Posted by the.urban.bunny at 22:40 No comments:

Campaign is on again. Its a great idea for a comp, five armies in a limited time pool. People go in a team of three and each has to play in a different pool.


The comp is also held in the middle of a shopping mall to attract new players and garner interest.

Sure beats a dingy hall.


This is going to be my pool for this year;

So, overall, I ended up with one win, a big lose and two loosing draws.

It was a good comp, the Hungarians did well but have to work out how to protect my flanks. The undrilled cav just don't cut it.

Back to the drawing board for the next comp.

First big win for the comp! It was a big battle for both us, nine broken battle groups on my side.

Ow ow ow, a shark who had been knocked down to my end of the pool was after blood. A couple mistakes made and not being able to shoot anything caused my demise. Guess also letting his cav (s) into my flanks wasn't the best of ideas.

My opponent was very tough, he's beat me the last four games so I was pretty worried. His knights ploughed into mine and preceeded to loose causing the centre of the table to collapse. He made up for it by taking my camp and my right flank.

Couple more turns and my knights would have pushed him off the table and light foot into his camp.

Hopefully tomorrow will be better.

Well, first game and I ran up against. Japanese army. I thought my pool was meant to be mounted? My opponent was mostly armoured medium foot with bow. Very tough game as the foot proved to be very tough and just wouldn't die.

Meeples and miniatures did an in-depth review of the new Force on Force rules from Ambush Alley and Osprey. Looks like they are worth while picking up from a production and rules point of view.

15mm is where all the action is at the moment.

Next week I'm running a game of cold war commander at the club. It will be called Operation Pergola. The Russian forces will be trying to capture and hold a key bridge as part of their invasion. Can the British hold them off till support arrives?

Posted by the.urban.bunny at 17:26 No comments:

Off to Roll Call this weekend. My middle Hungarians are coming out for the FoGAM comp. Hope to get better than middle of the pack.