Couple of pics of my NSL capital ships.
The flag ship 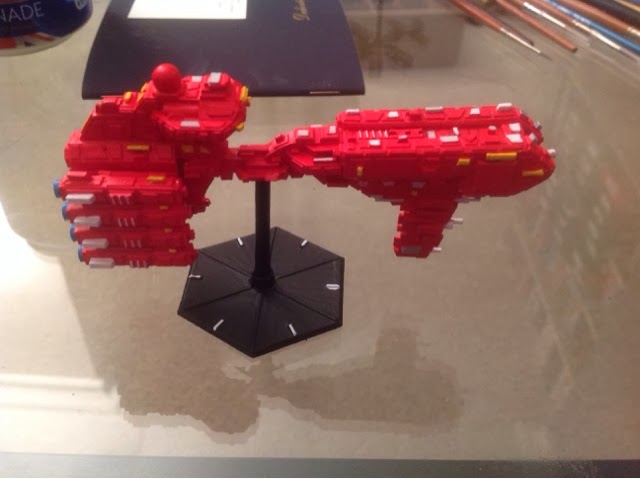 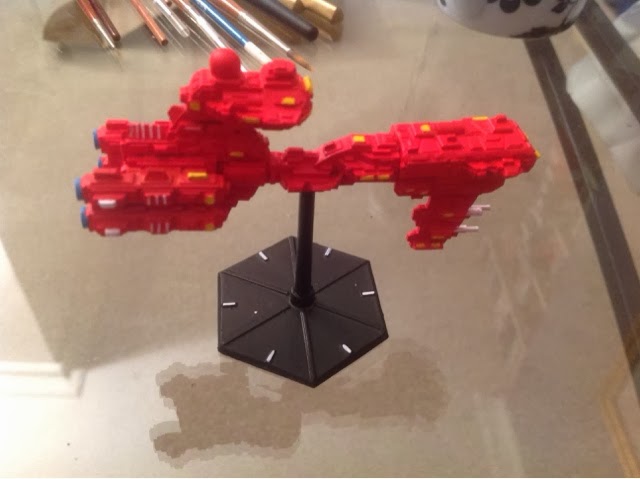 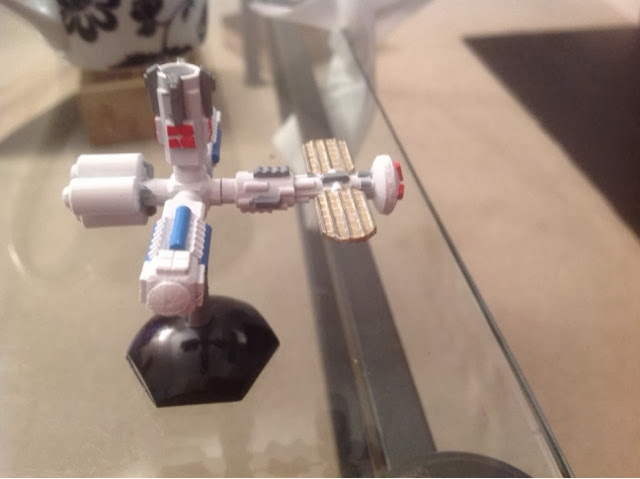 At Warfare this year, I picked up the large starter fleet for the NSL.  These are the new figures that GZG have made and they look good.

I'm going with a red colour scheme as I think it will look good on the table.  I also picked up a space station to use an objective.

Going to have to build/buy a decent transport box for them and might have to upgrade the base sizes.

The two capital ships have decent bases, but the battle cruisers don't ans I have a feeling they will fall over.

Anyhow, here are a few pictures

A capital with a few high lights 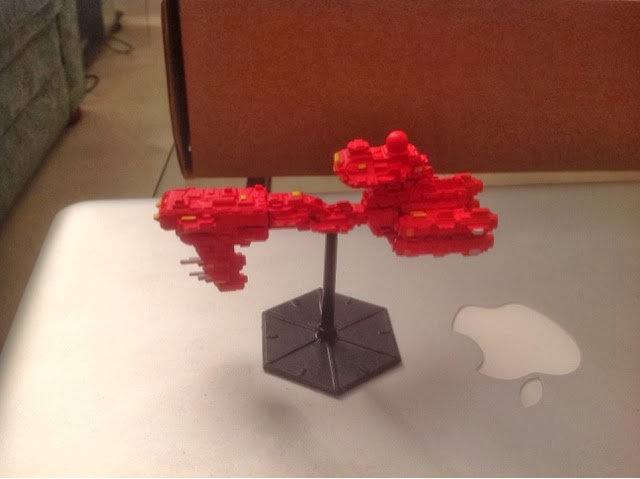 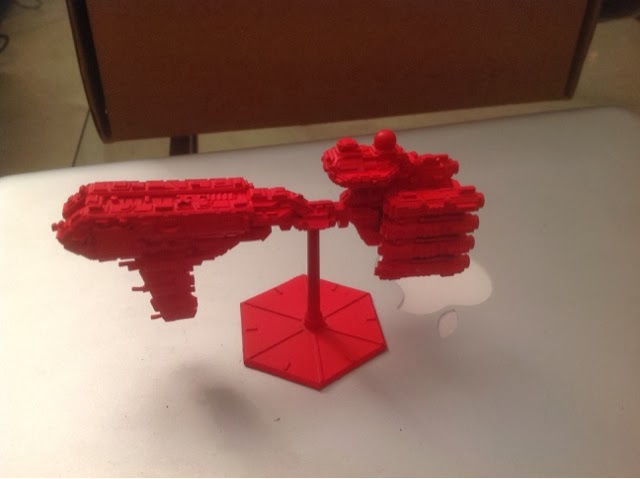 The bulk of the fleet, base coated and ready for high lights 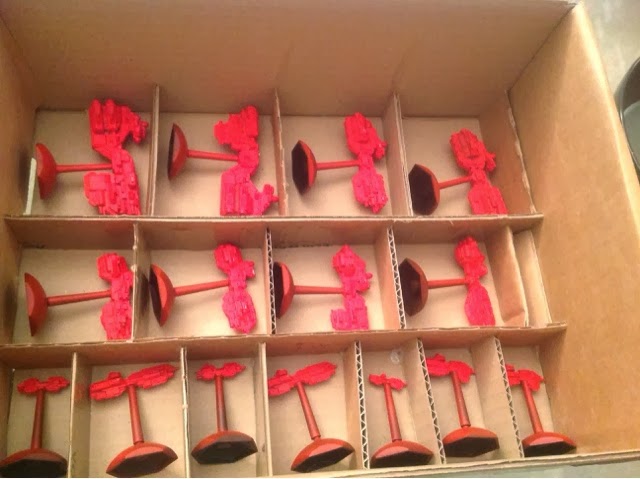 The Space a Station 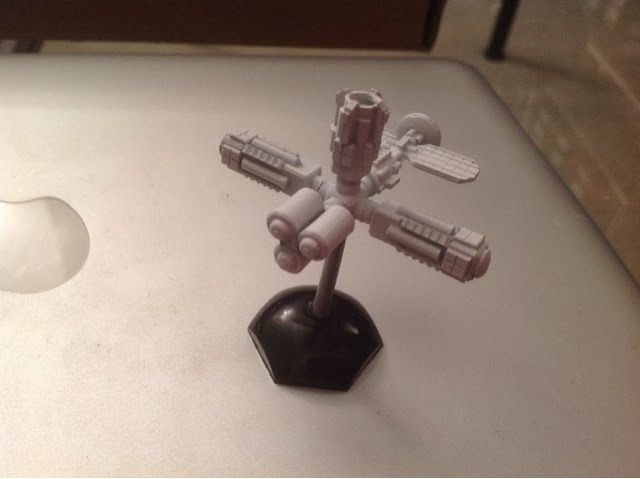 Posted by the.urban.bunny at 22:11 No comments:

Gav and I got another game of FWC in while I was in Melbourne.

This time, I brought in a Squat land train in. They were terrible in Epic but I had high hopes of it in FWC.

The Land Train decides to make a run for it around the flank of the table, catching Orks in the open before they got into the BUA.  A flamer does wonders on inf. 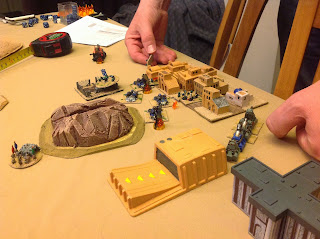 The Cyclops starts advancing.  Look what I can see on the other side of the table...... 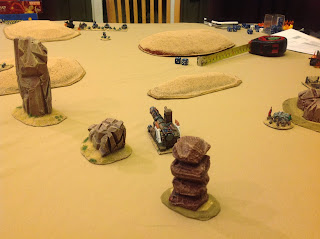 Close up of the Cyclops, Gav did a real nice paint job of it. 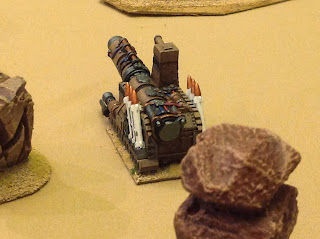 The Colossus with Squat enhanced Rhinos advance up.  Gav upgraded the Rhinos with Las Cannons, a very Squat thing to do. 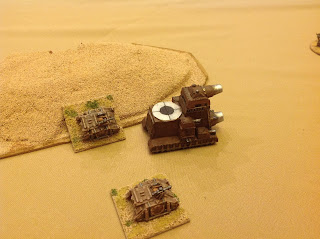 The Ork Gargant catches the Colossus out in the open and teaches the Squat a thing or two about close assault. 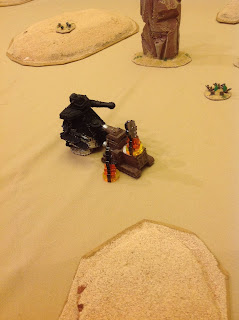 A large chainsaw does wonders against a large target. 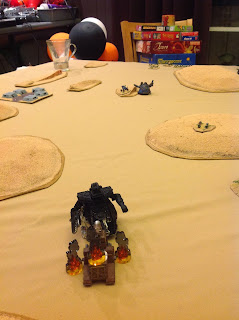 The Cyclops gets revenge for the Colossus and nails the Gargant with a direct shot. 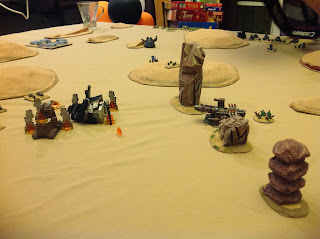 This ended up a narrow win to the Orks.  A few more turns and it would have it would have been a Squat win as the land train was running around doing it's thing.

I really have to get someone else to play FWC, it's fun.

Thanks Gav for getting your figures on the table, so cool and love what you have done with the Squats and Orks.

Posted by the.urban.bunny at 16:47 No comments:

Finally got to get a couple of games of Future War Commander when I was back in Aus.

Gav kindly supplied both armies and he ran the Orks.

We choose lots of shiny toys, I got a Colossus and a Cyclops, Gav got a Gargant and other Orky goodness. 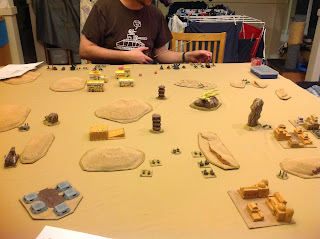 The Squats start to advance.  Pity their command rolls were hopeless 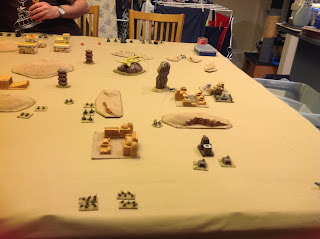 The Cyclops lines up to fire on some hapless Ork 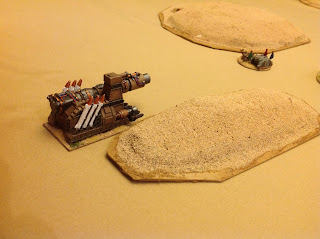 The Orks under fire 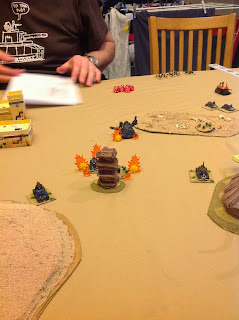 The Cyclops lines up again.  "Stick your head out John!" 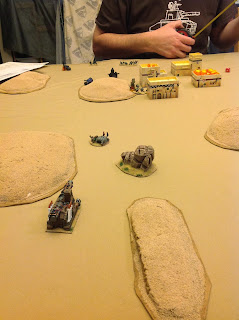 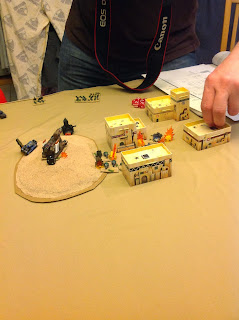 The Orks decide that running away is a better idea 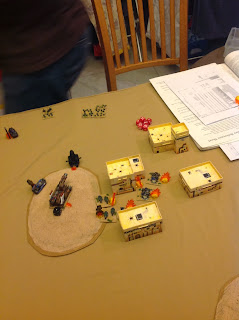 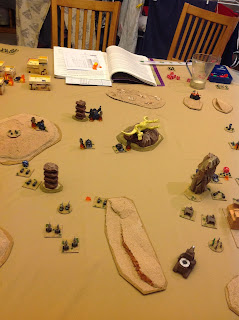 The Squats won the game.  The Colossus and the Cyclops are quite an effective team and a few cheesy rolls helped a lot.

It was great fun to get a game in of FWC, it's a fun game and plays nicely.

Now, if I can find someone in London to play it