The Challenge is right around the corner.

Kevin has chosen an interesting period

Period details and permitted lists
The Age of Montecuccoli and Turenne - Post TYW (ie 1648) until the retirement of the former and the death of the latter both in 1675.

6 Battle foot bases (not Dragoons or LF) must be taken for each Medium or Heavy artillery base fielded.
This theme should allow TYW troops to be used as sensible morphs, as well as the frilly cuff Louis XIV figures.

I've gone for Later Russians, not sure if's its a good idea as this is the runners and riders 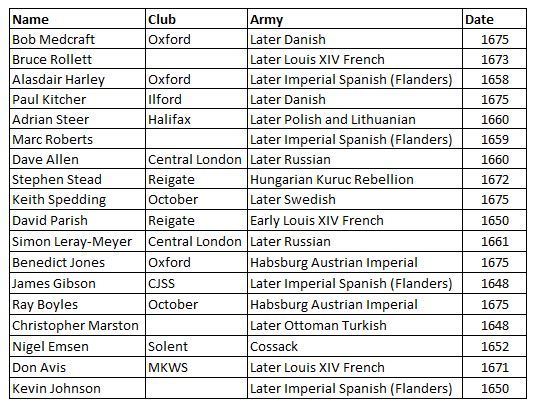 Posted by the.urban.bunny at 23:11 No comments:

Tamsin and I got Gruntz on the table again on Monday.

I put together a quick scenario

The mining post of BF-266 went off line three weeks ago.  A rapid rescue team was sent and communication was lost shortly after landing.  A full assault mission has been sent to investigate.

300 points, no more that 100 points for vehicles.
Deploy off table and can either VTOL on or drive onto the table

Get to the command tower to do a memory dump from the mainframe and then get out.

Was looking forward to game, would be the first time my Xenomorphs got onto the table.

I was playing the Xenomorphs.  I deployed 1/2 my force on the table, around the main complex, where we were finishing "lunch"

First time I had a "Monster" on the table.  I call it a King Cobra, most of the aliens are named after snakes.

The command tower is the central building, currently surrounded by aliens, the VTOL pads are visible

Tamsin's version of the story..... 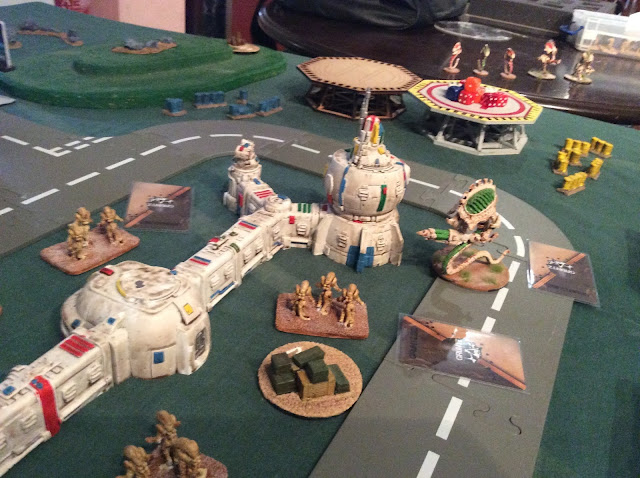 The rescue force would move on table from the dual highway 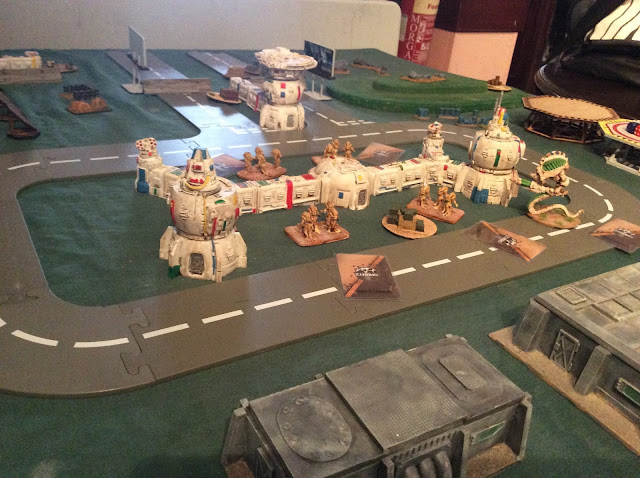 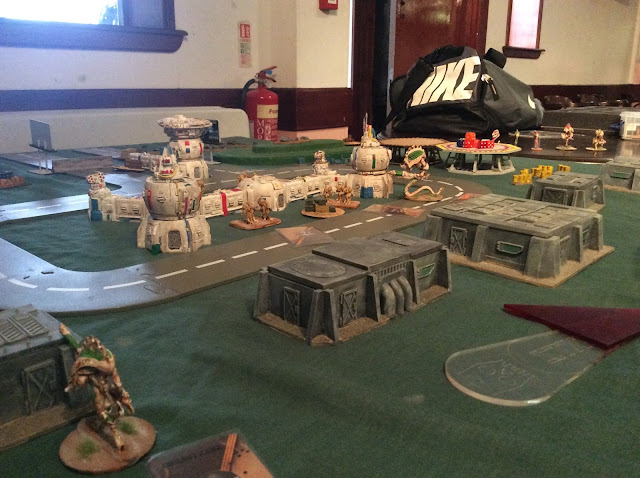 The rescue force arrives, surprise surprise, everyone is wearing power armour.  Time to sharpen up the teeth. 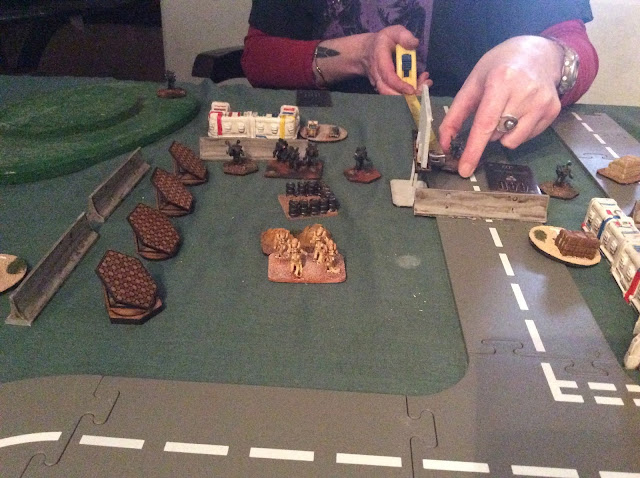 A view from the alien side, one xenomorph unit has gone charging in looking forward to a few snacks 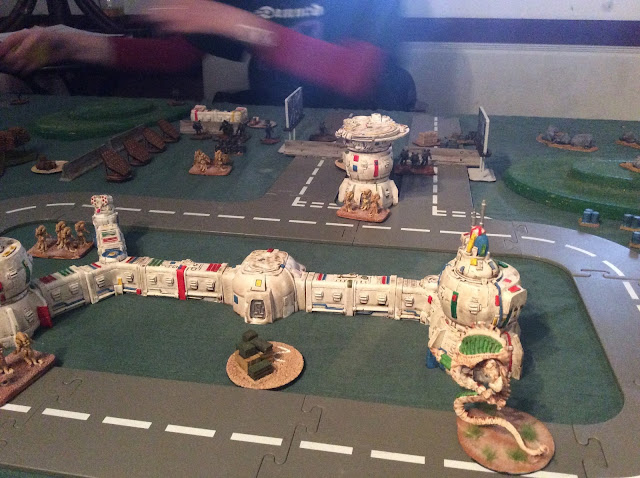 The monster fires for the first time, surppressing the power armour just in time for the xenomorphs charging in. 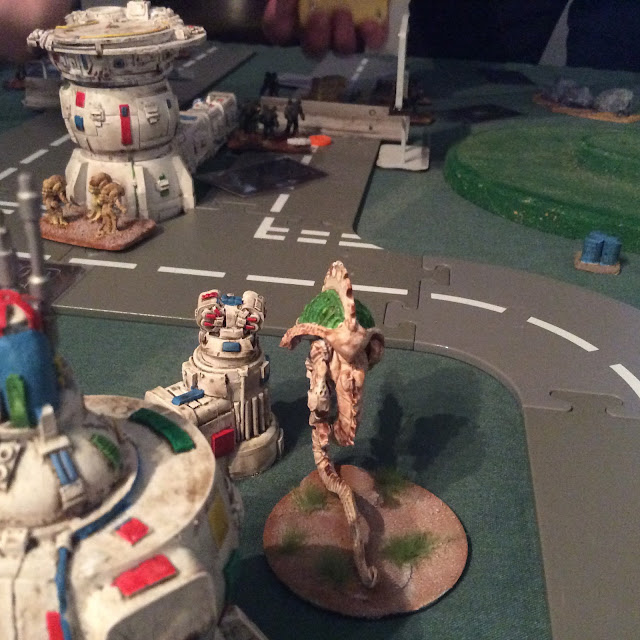 The NSL figure out a way to deal with aliens at long range, "Eat Missile Death" 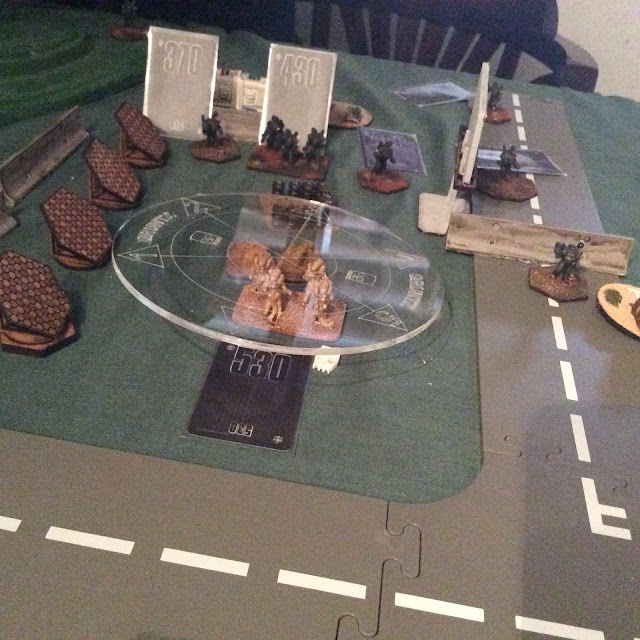 Hmmm, missiles do work, maybe a bit too well. 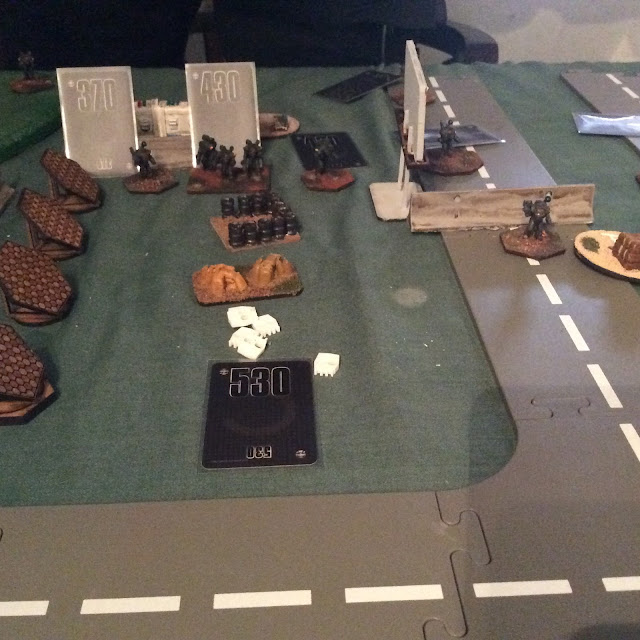 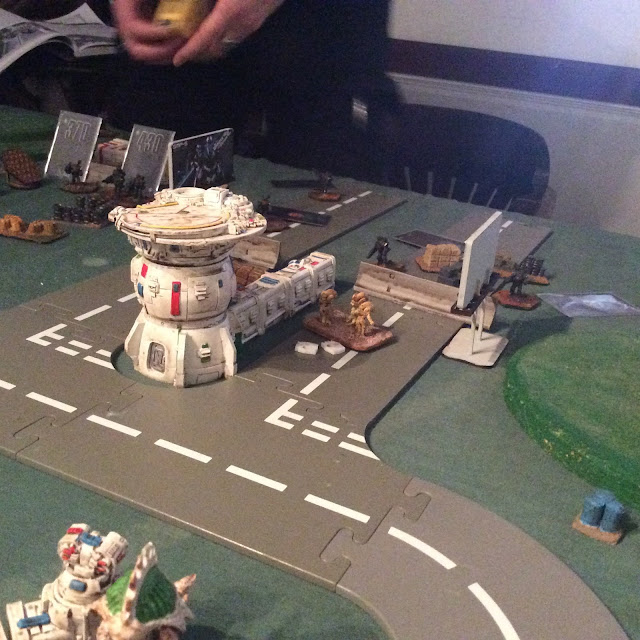 Reinforcements arrive, a Cobra with dual bone swords charges in 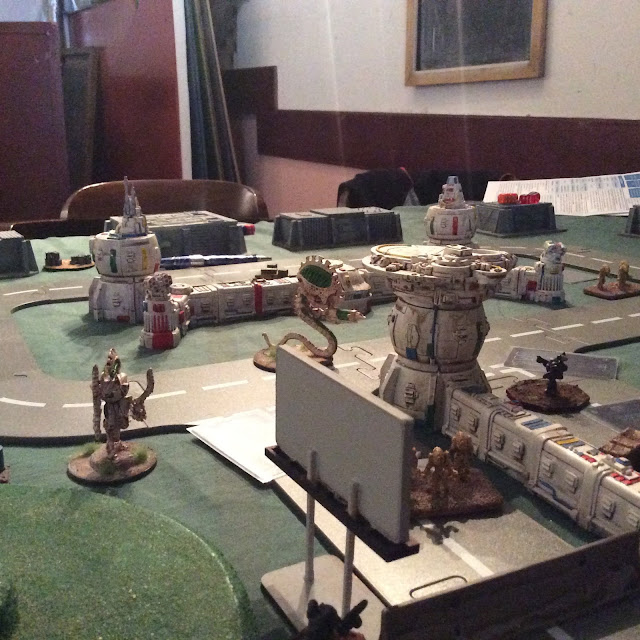 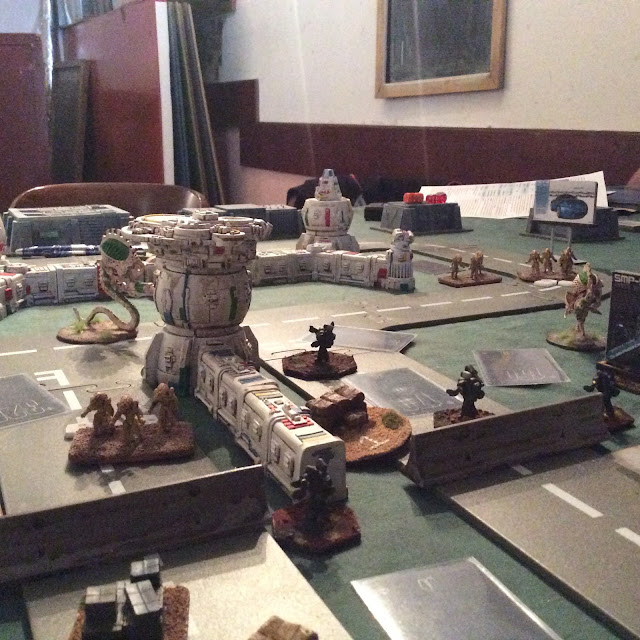 More Xenomorphs arrive.  The NSL commander makes a break for it and gets to the mainframe.
It takes a few minutes to find the right folder to copy, avoiding the one labelled "Naughty Aliens go Wild".... 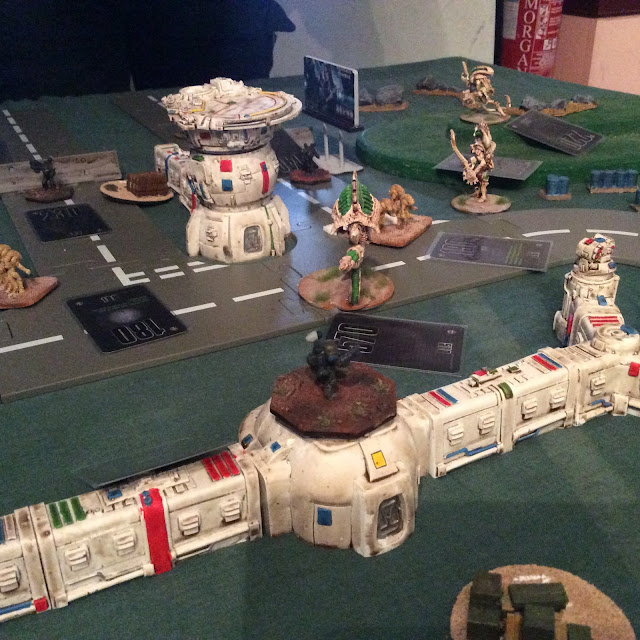 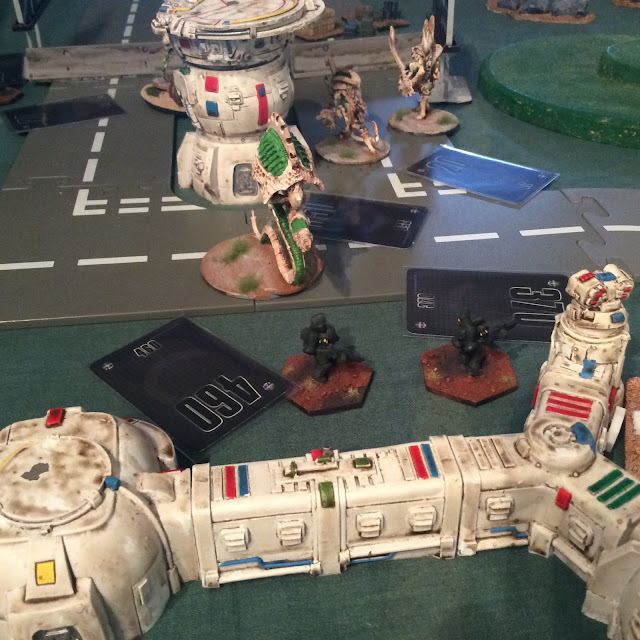 It doesn't end well for the Commander 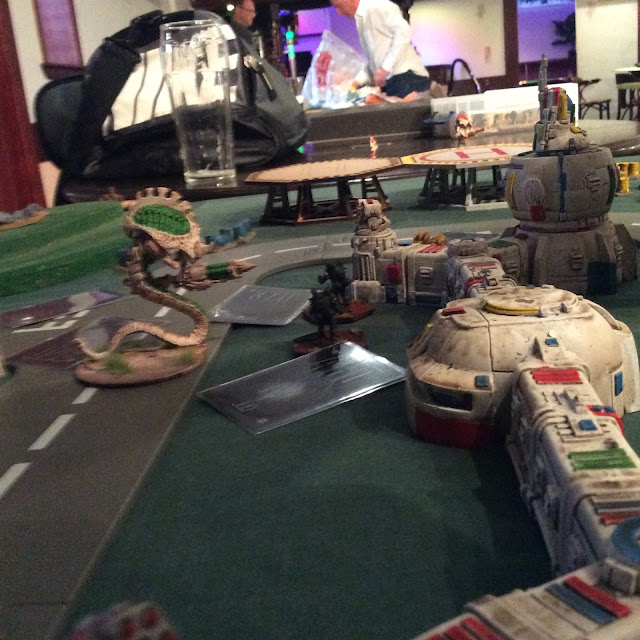 The King Cobra finds a new target and shows the power armoured troops what a bio flamer can do. 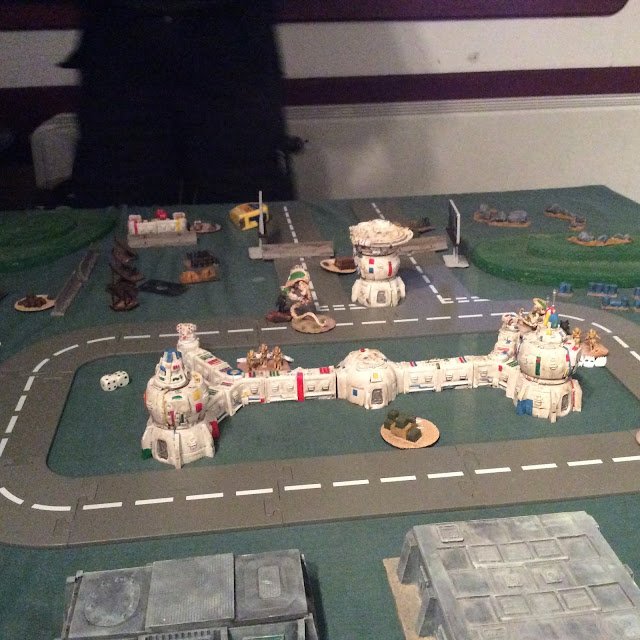 An NSL trooper grabs the USB key with the data and runs to the VTOL pad, chased by aliens.  The VTOL is on it's way 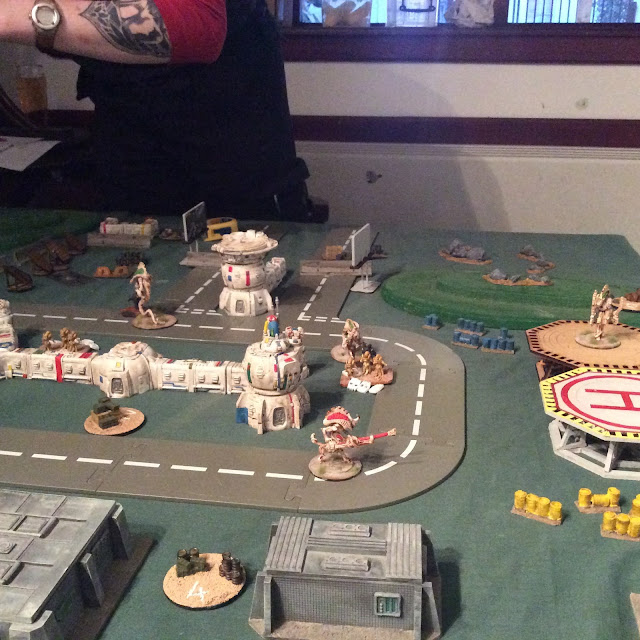 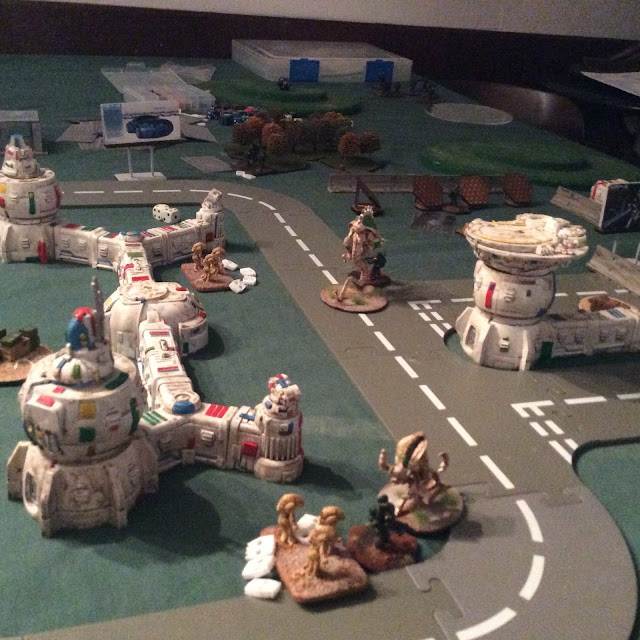 The remaining Fer-De-Lance (mecha with BFG) snipes and kills the NSL trooper with the USB key.  Shortly afterwards, the remaining NSL make a run for it having seen what the aliens do up and close 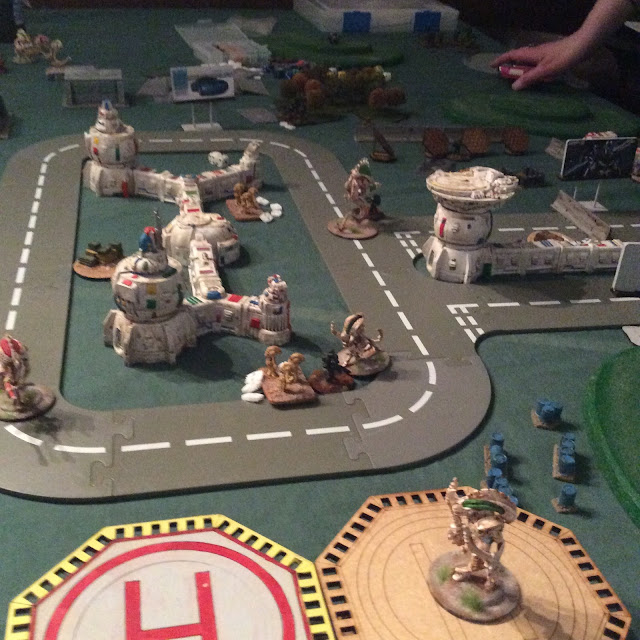 Posted by the.urban.bunny at 17:15 No comments: