Two days stuck at home with the flu does allow you to do some painting, between the sneezing and coughing.

I've got the bulk of my FoGN 1812 French army done now.  It's a mixture of Lancashire Games and an eBay purchase.

The Lancashire Games figures are not too bad for the price.  They were about 1/2 price compared to Essex miniatures, so, you get what you pay for.  They did need a lot of cleaning up and some of the mould lines were pretty bad.  Then again, I did do buy enough figures between the two to do a 1000 point army with options for £120, so, can't argue with that.

The army so far 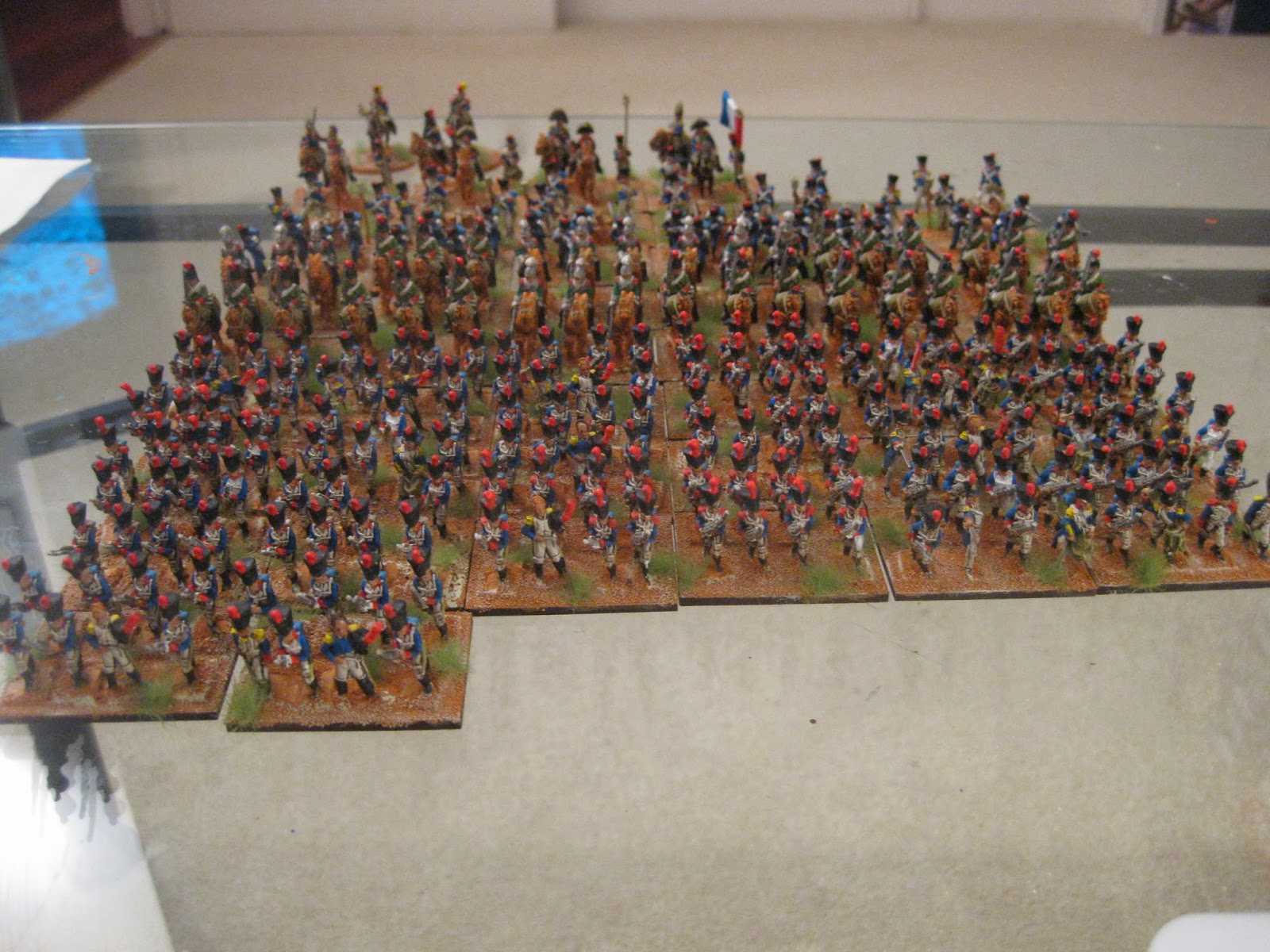 A short French dude with an itchy belly.... 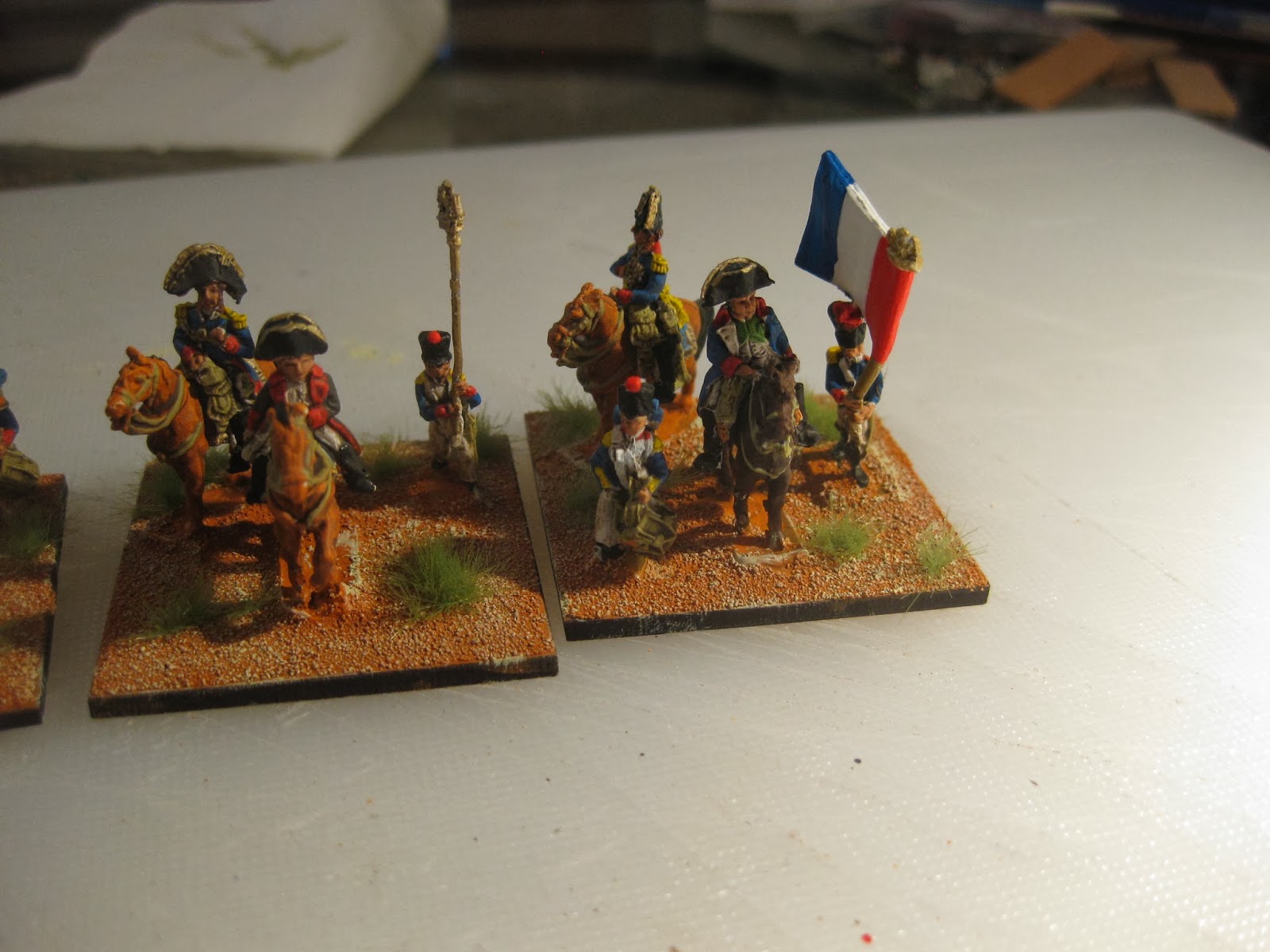 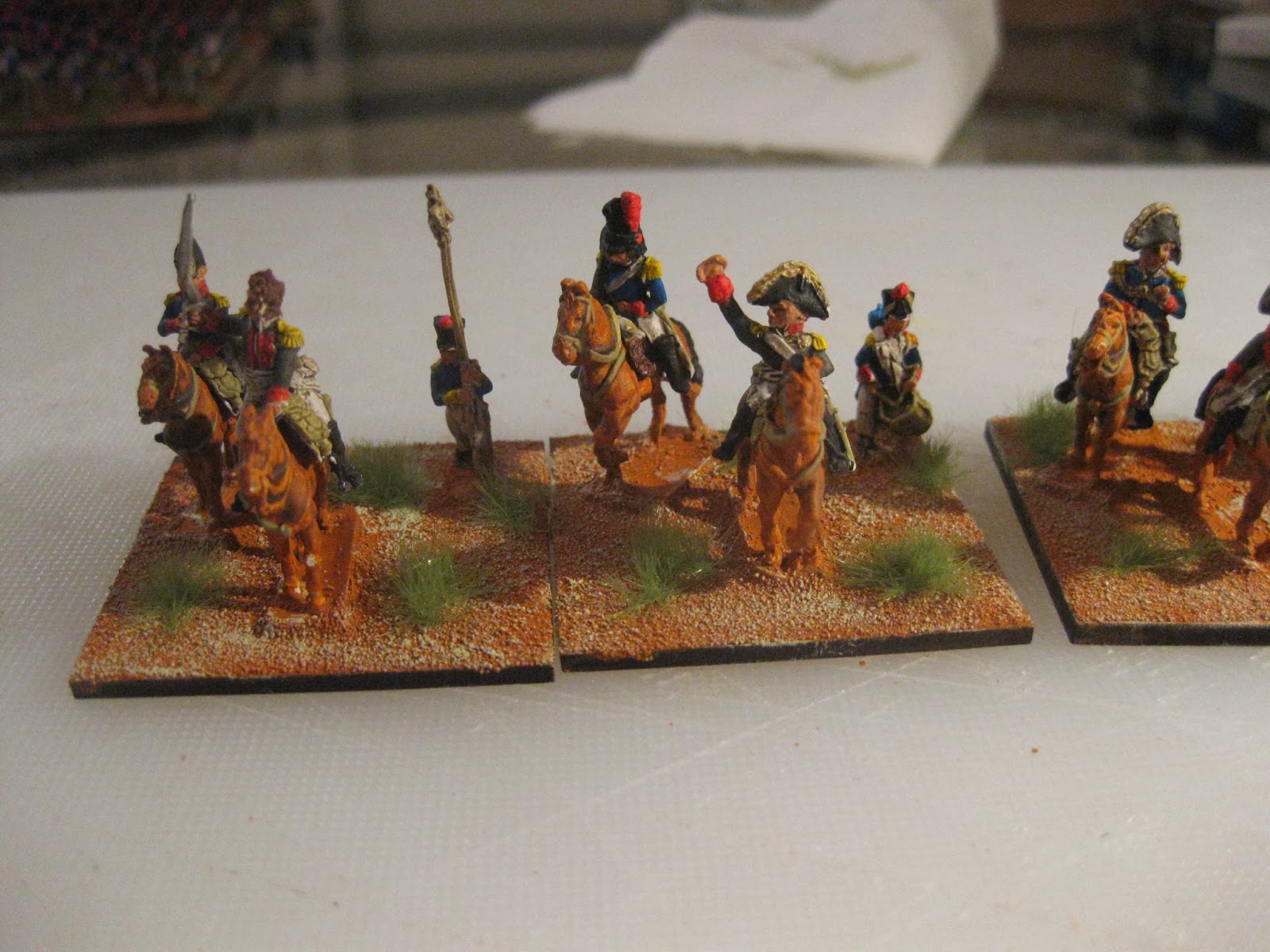 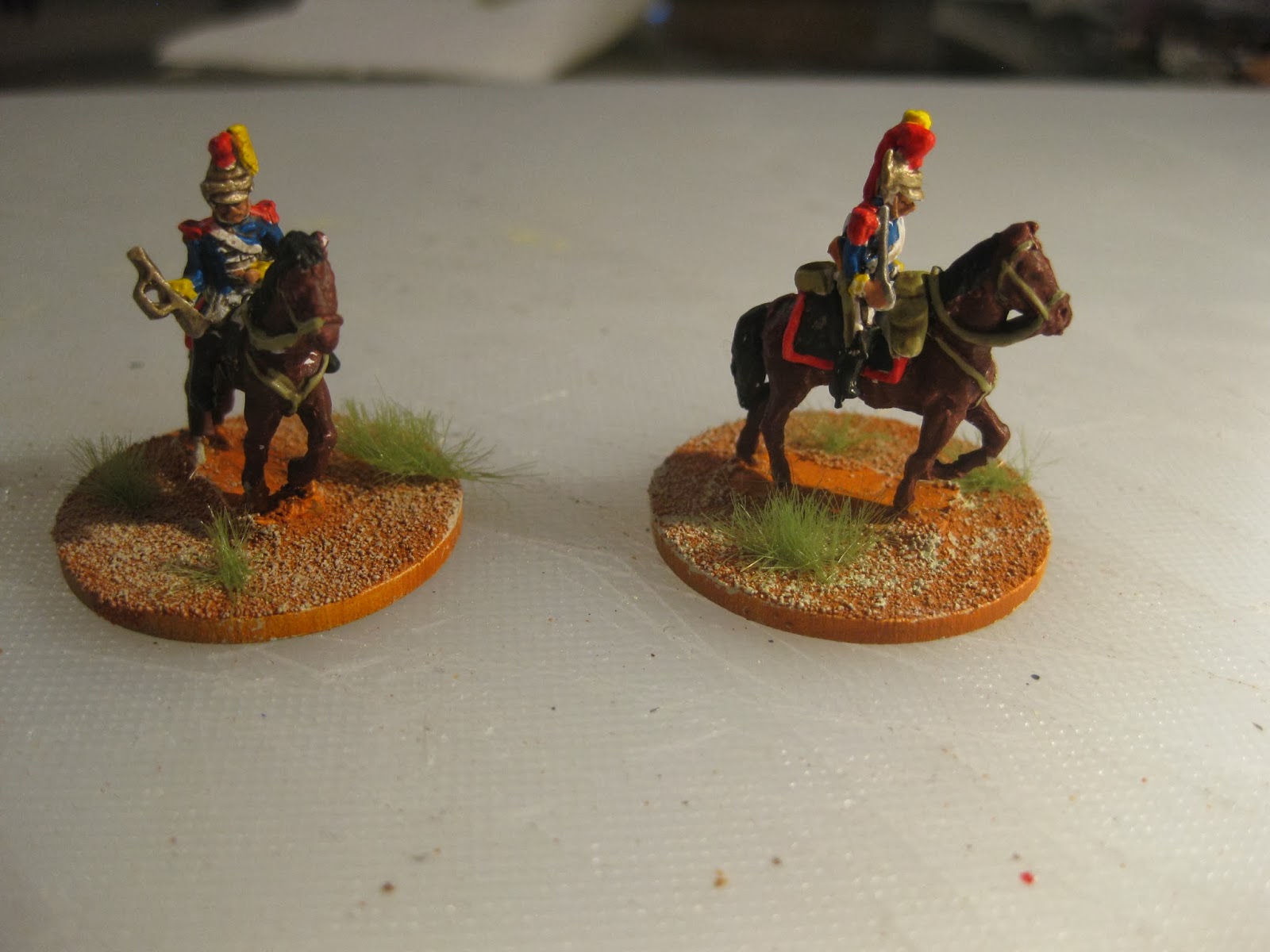 Guns, you can never have enough guns 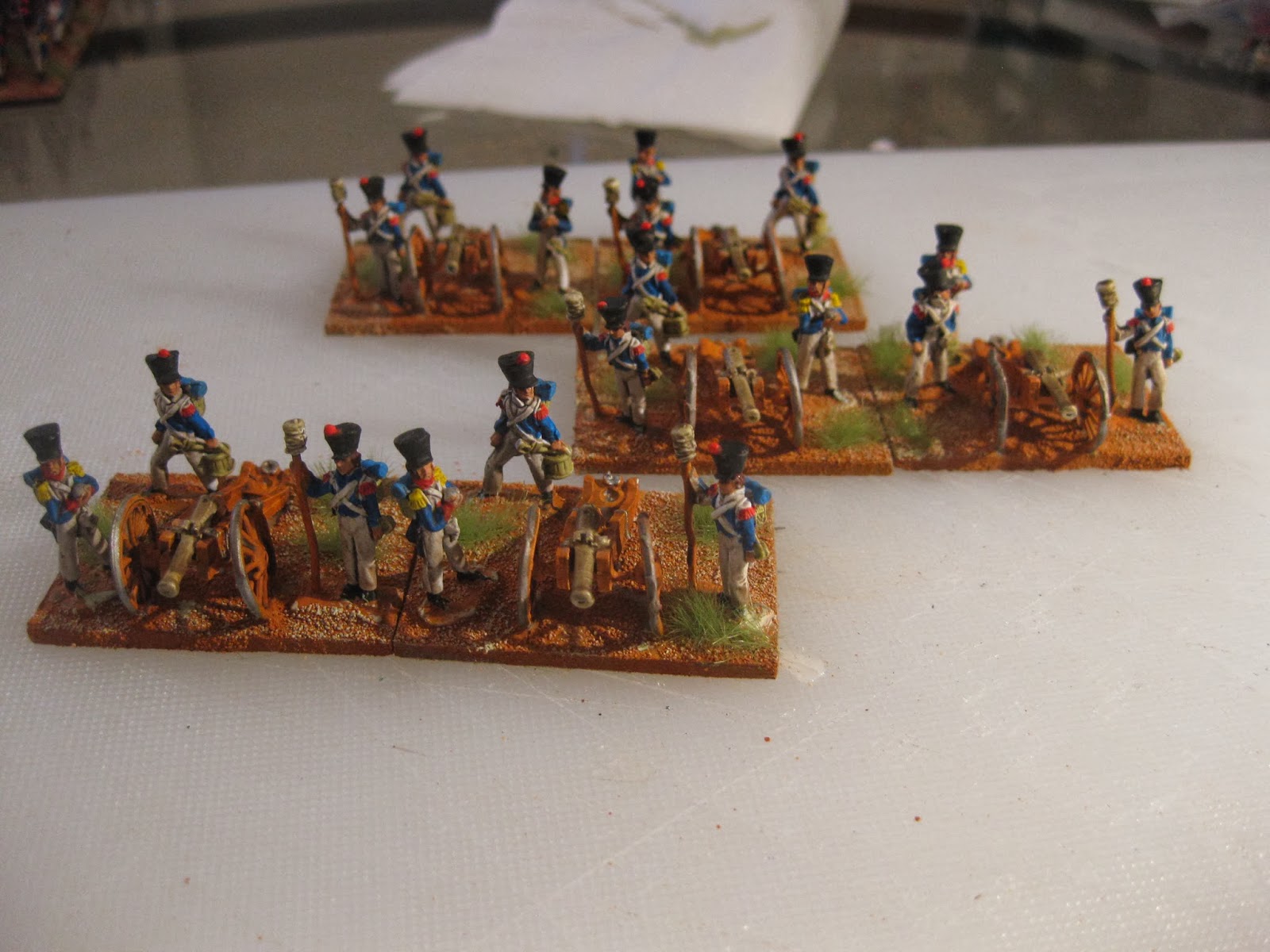 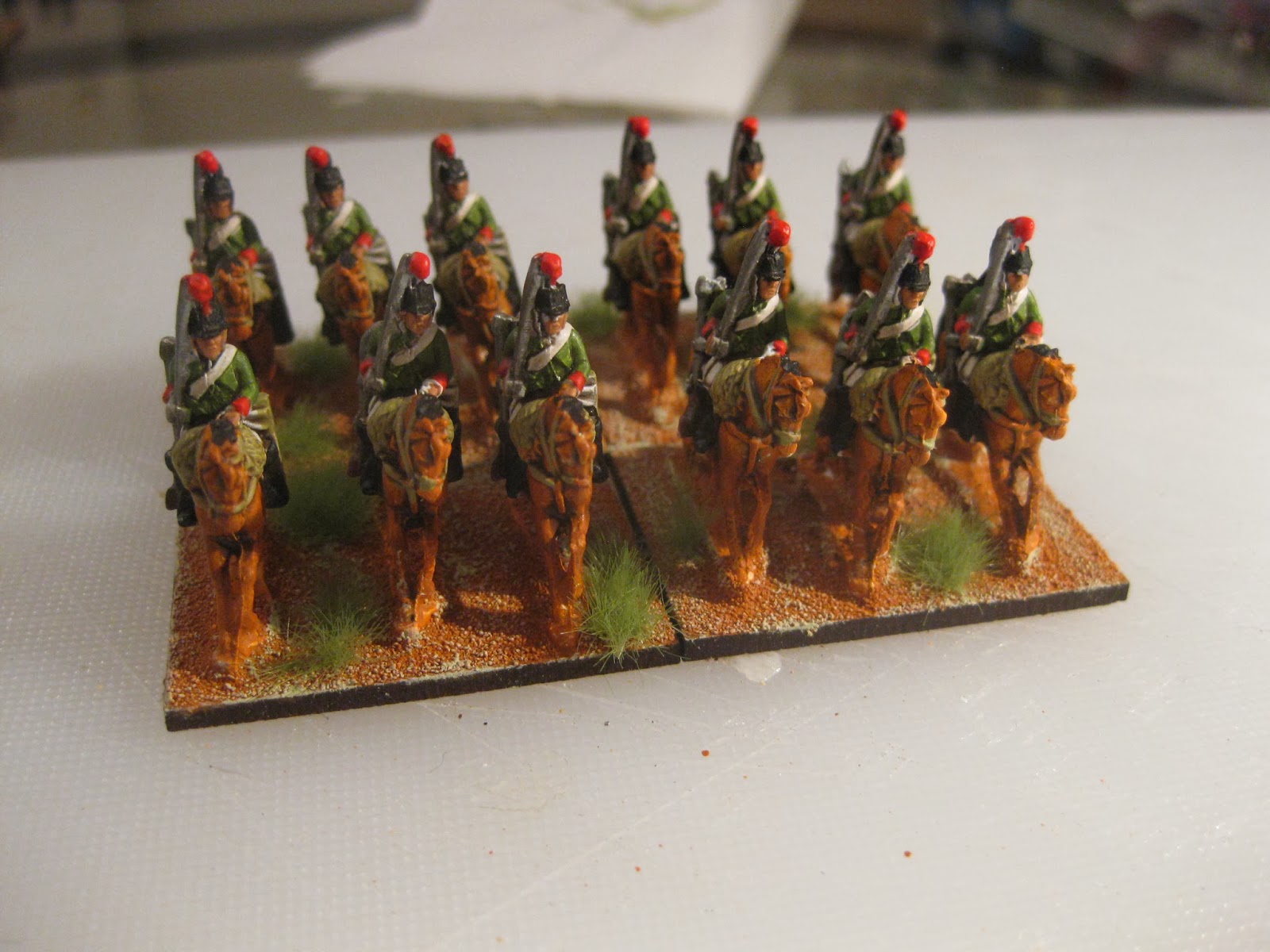 Light infantry in both skirmisher and normal formations 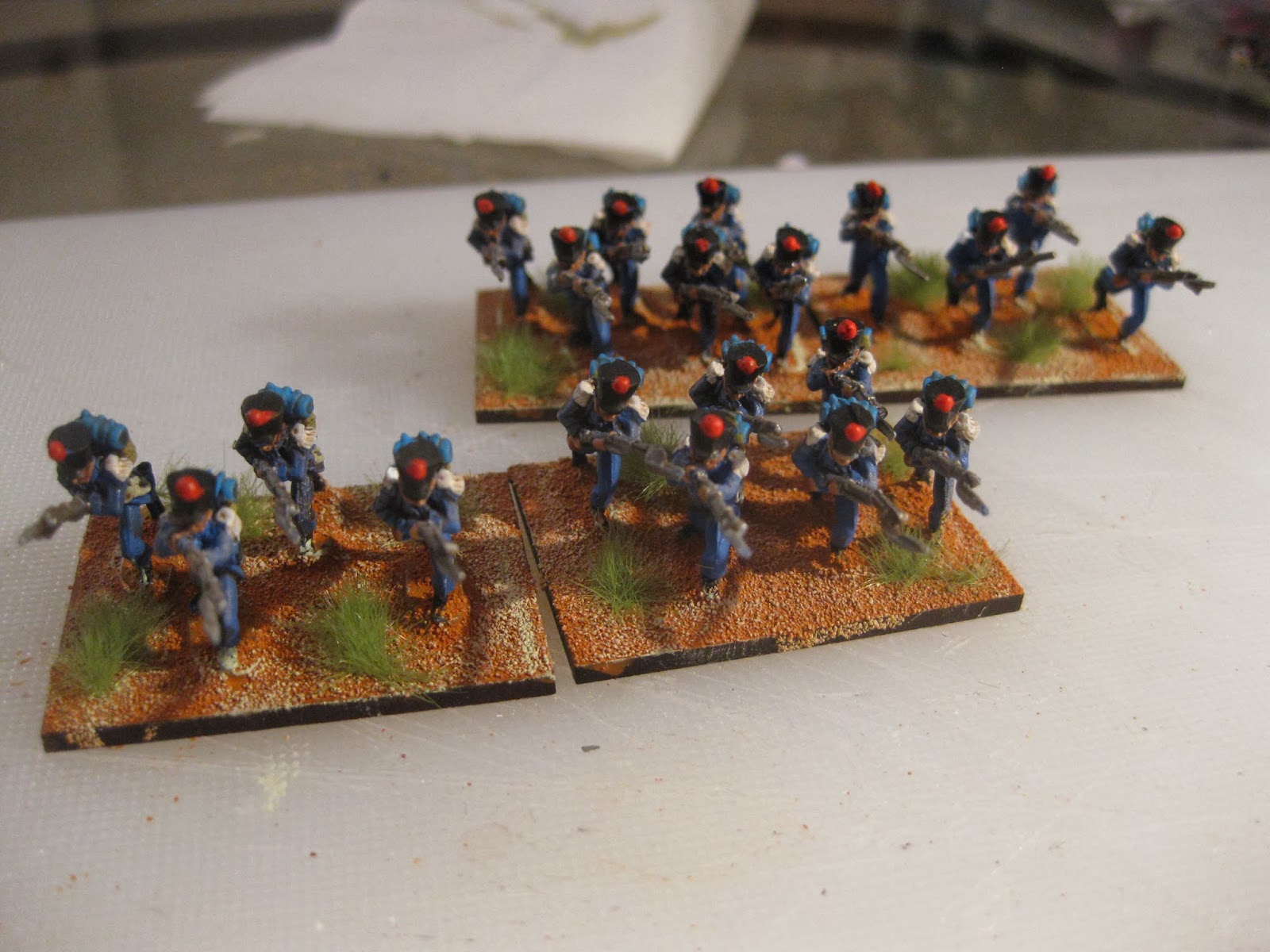 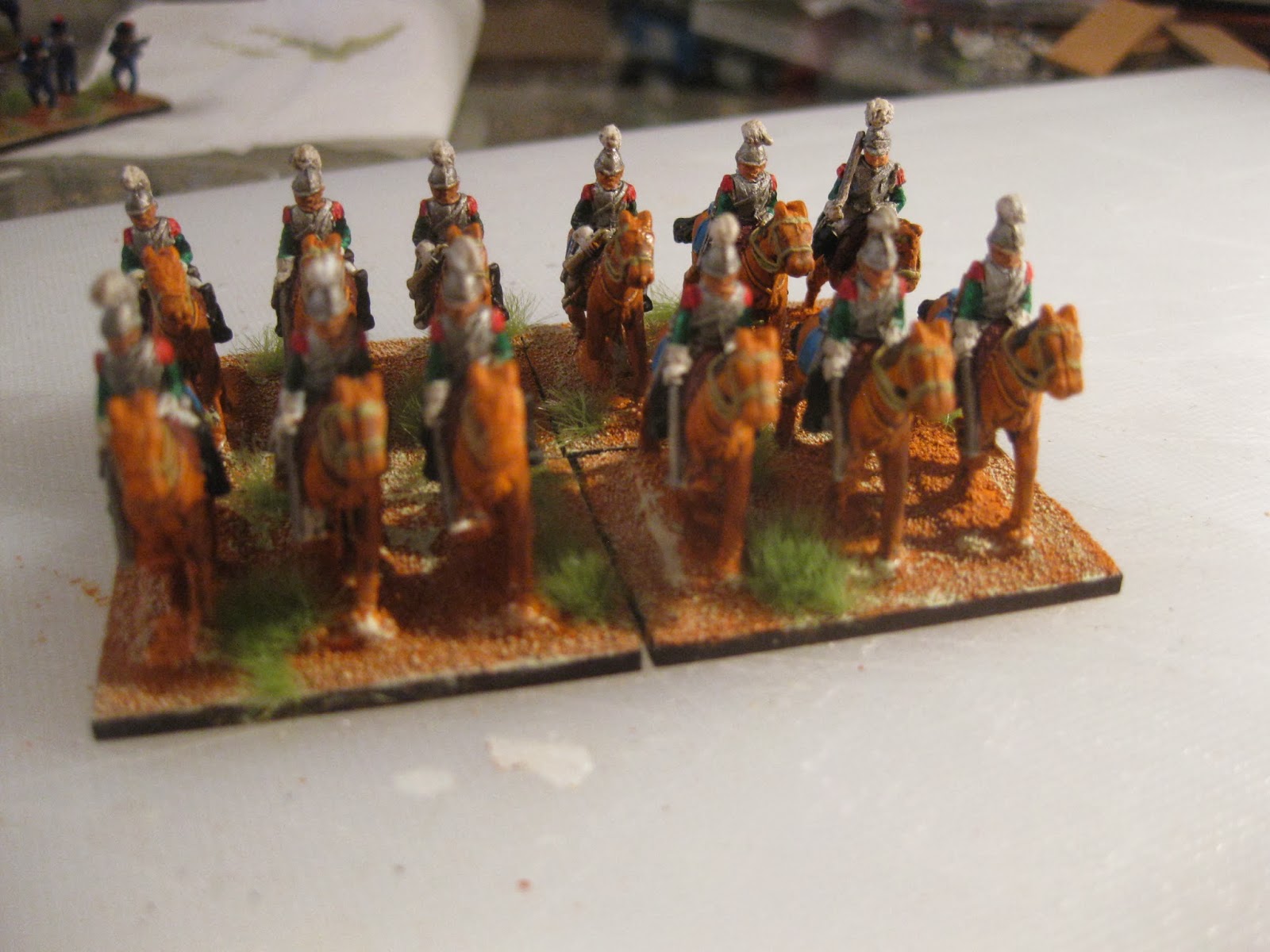 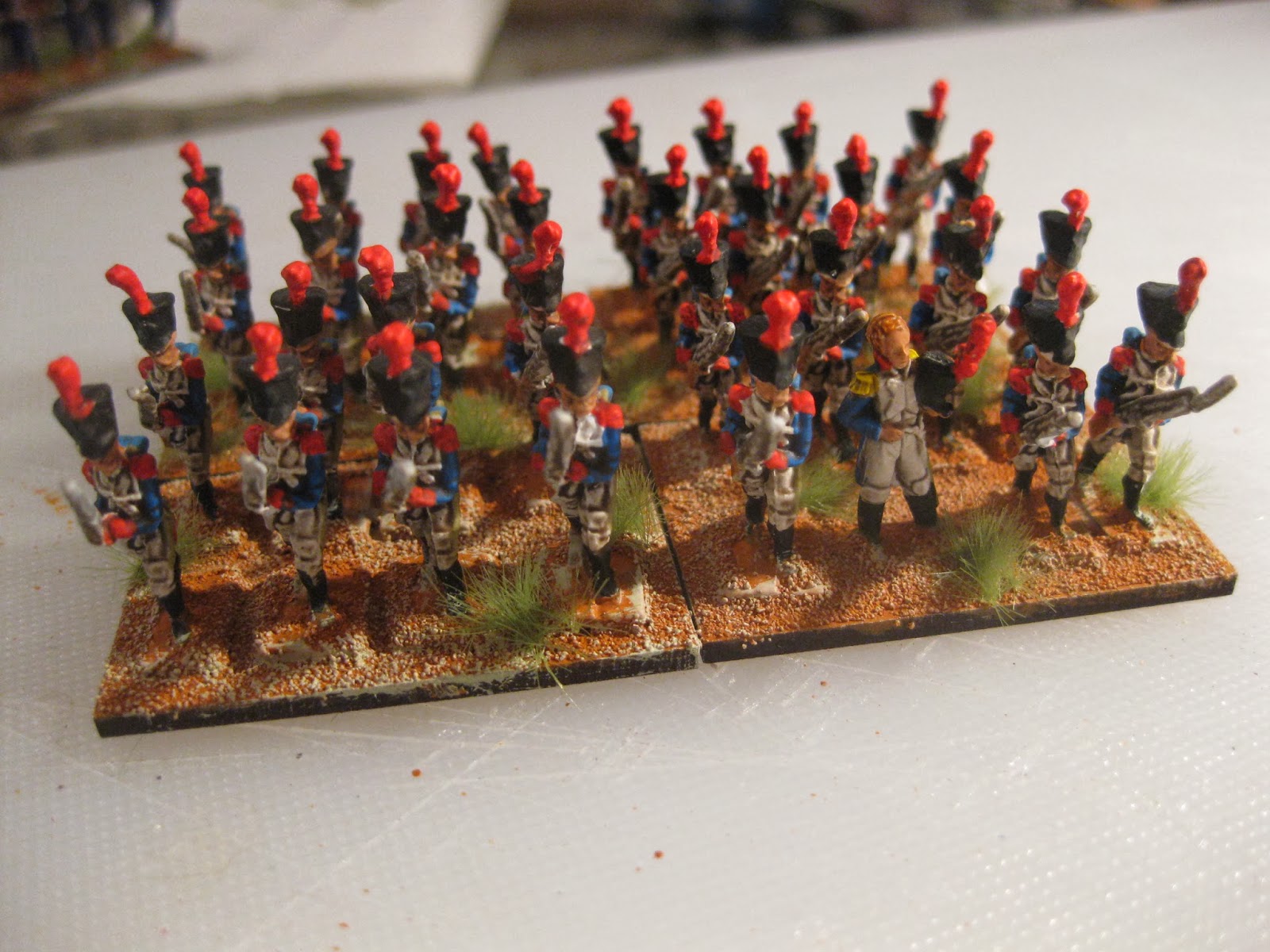 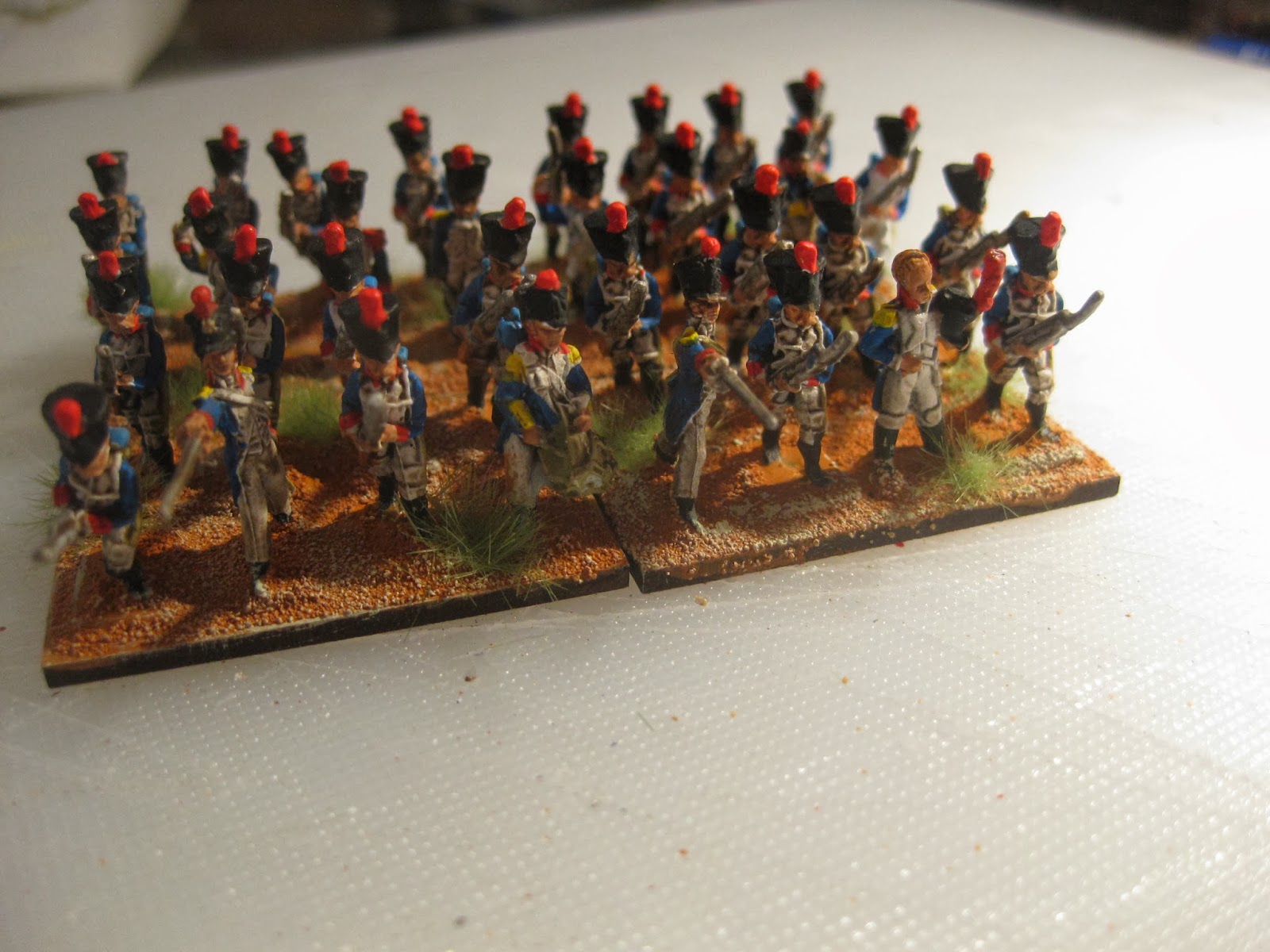 I've been sick with a cold, so, I made use of my time and finished off my NSL fleet for Full Thrust.  I do love Army Painter dip, it works so well for those like me who paint to the 3' rule.

The only thing left to do is add some mdf bases to some of the battle cruisers so that they are a bit more stable. 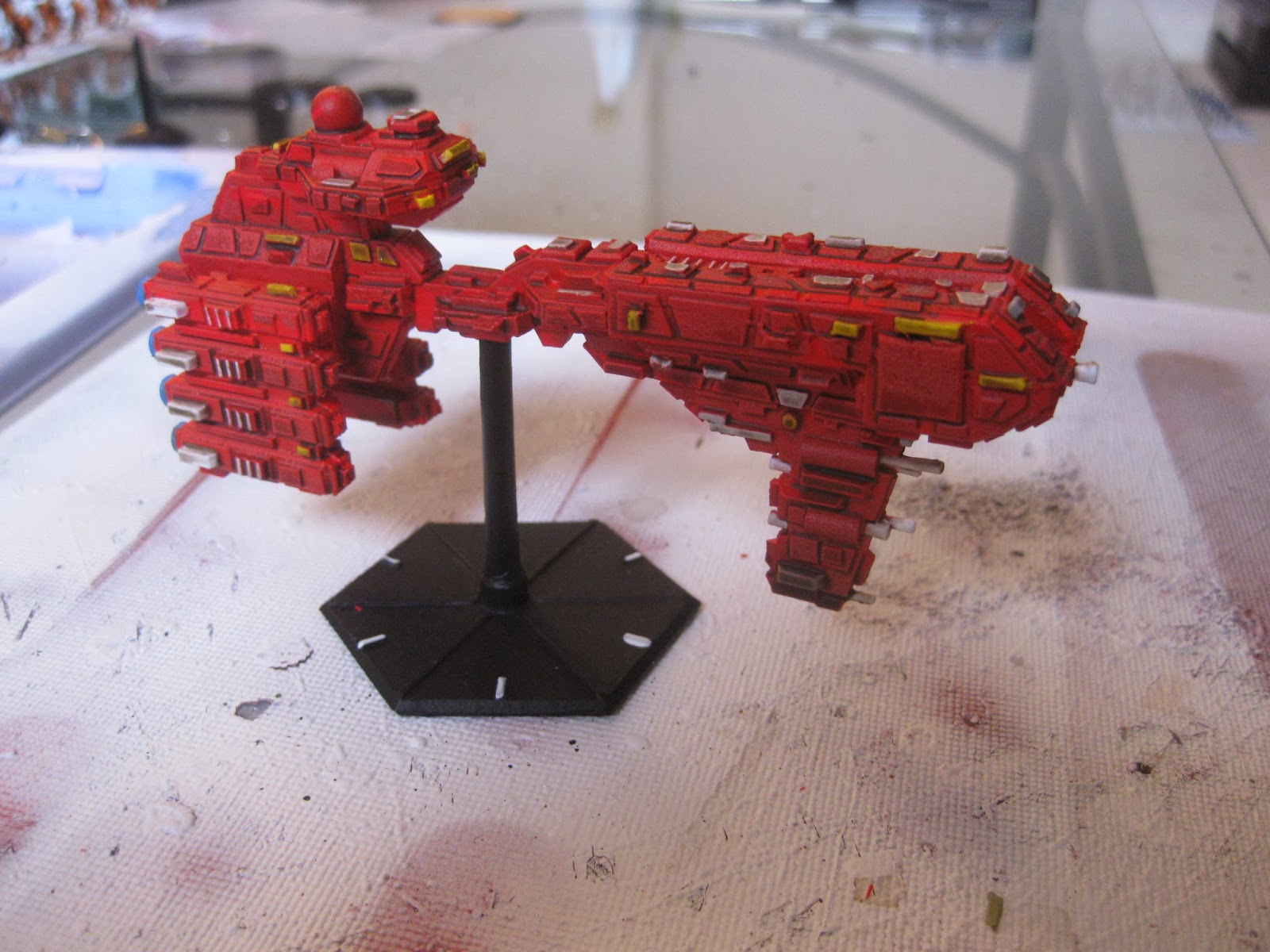 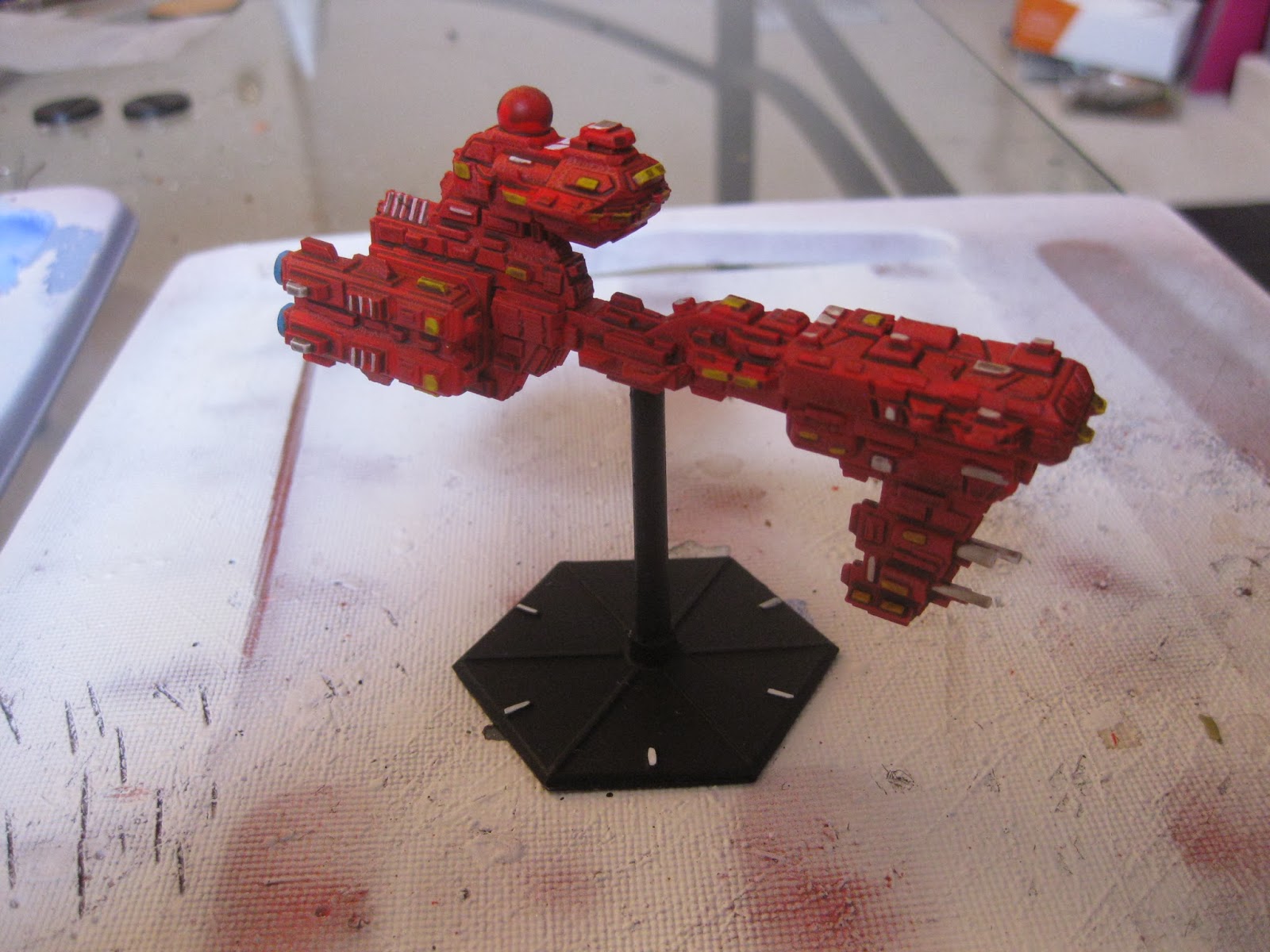 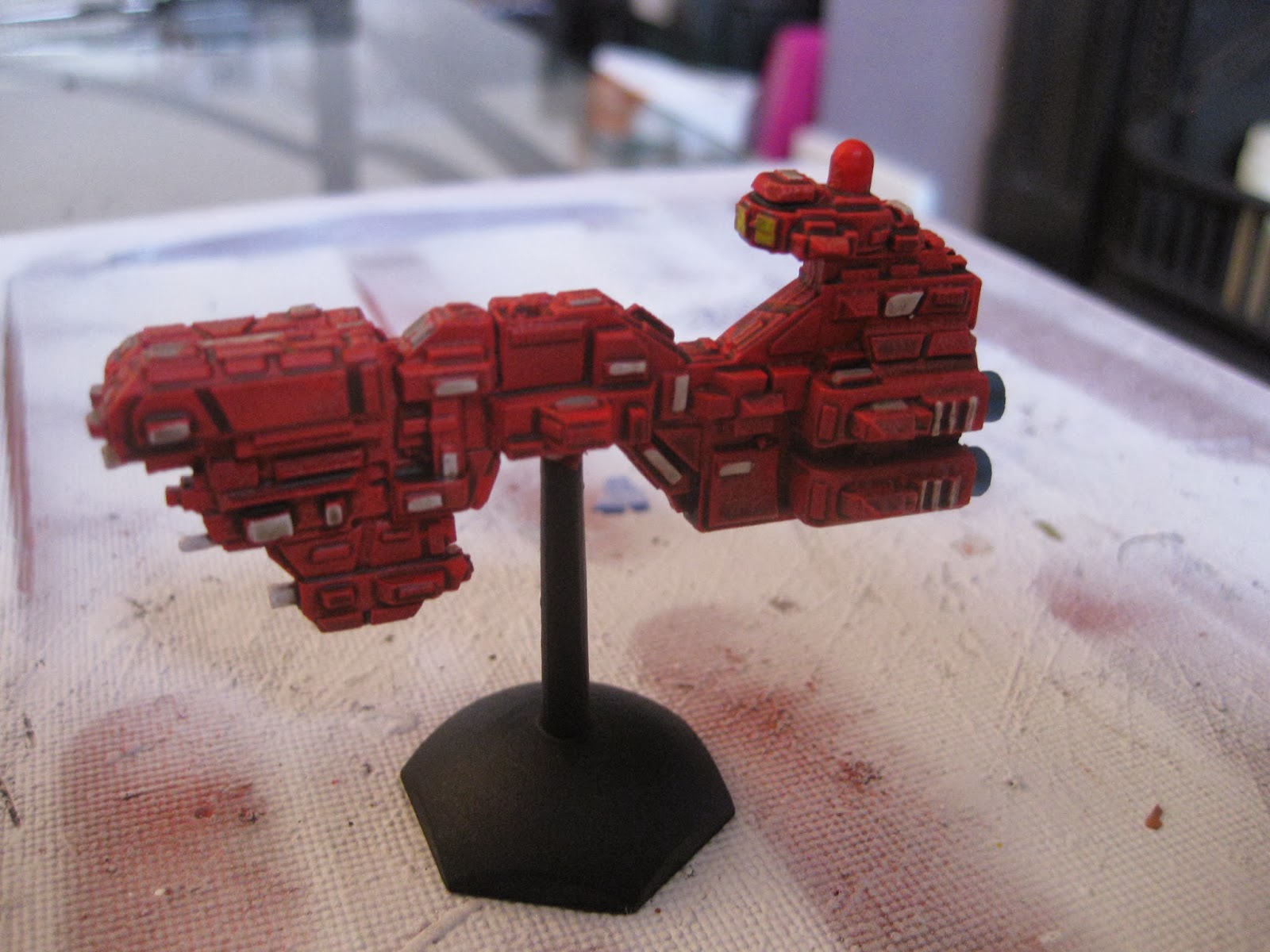 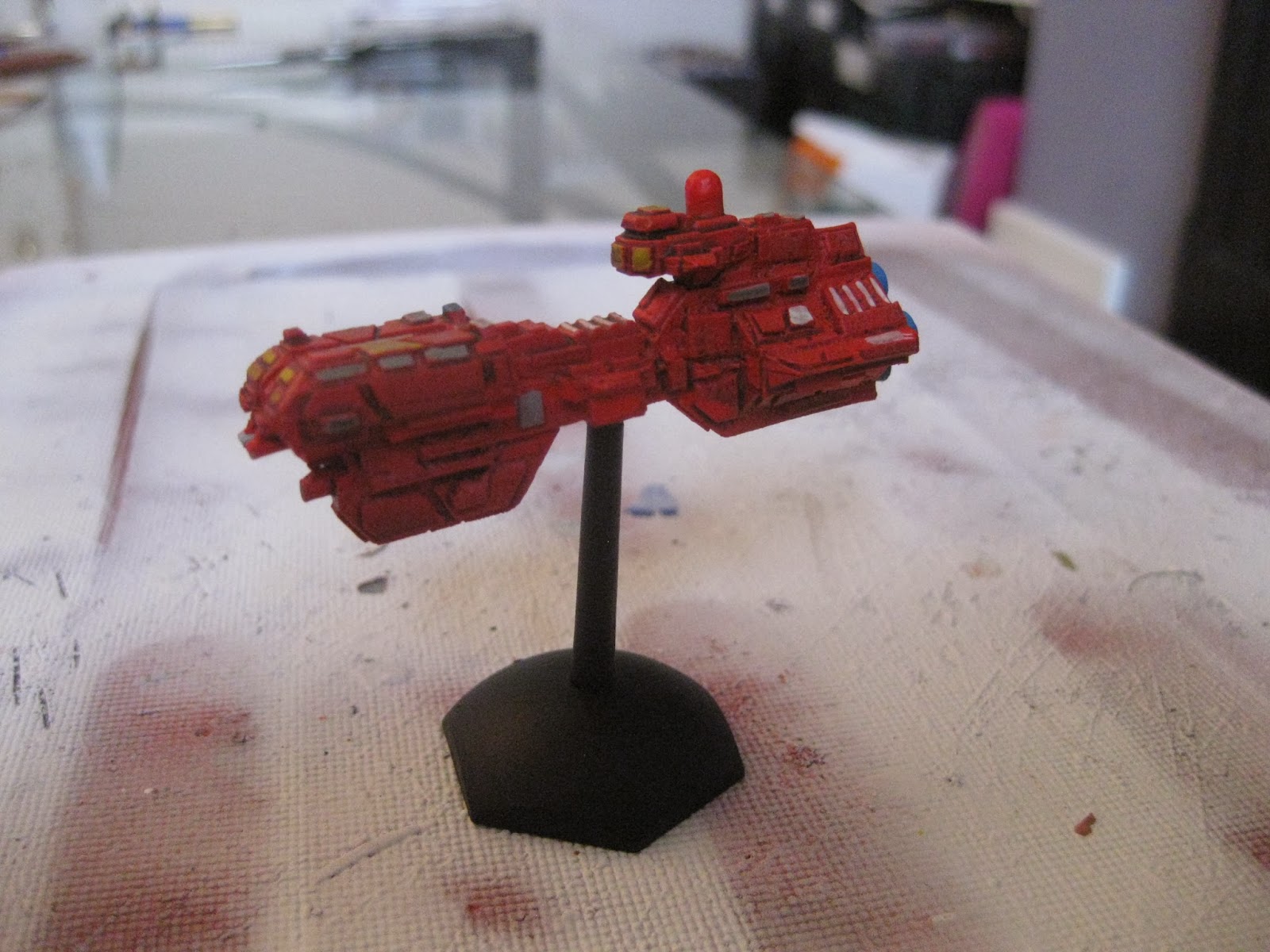 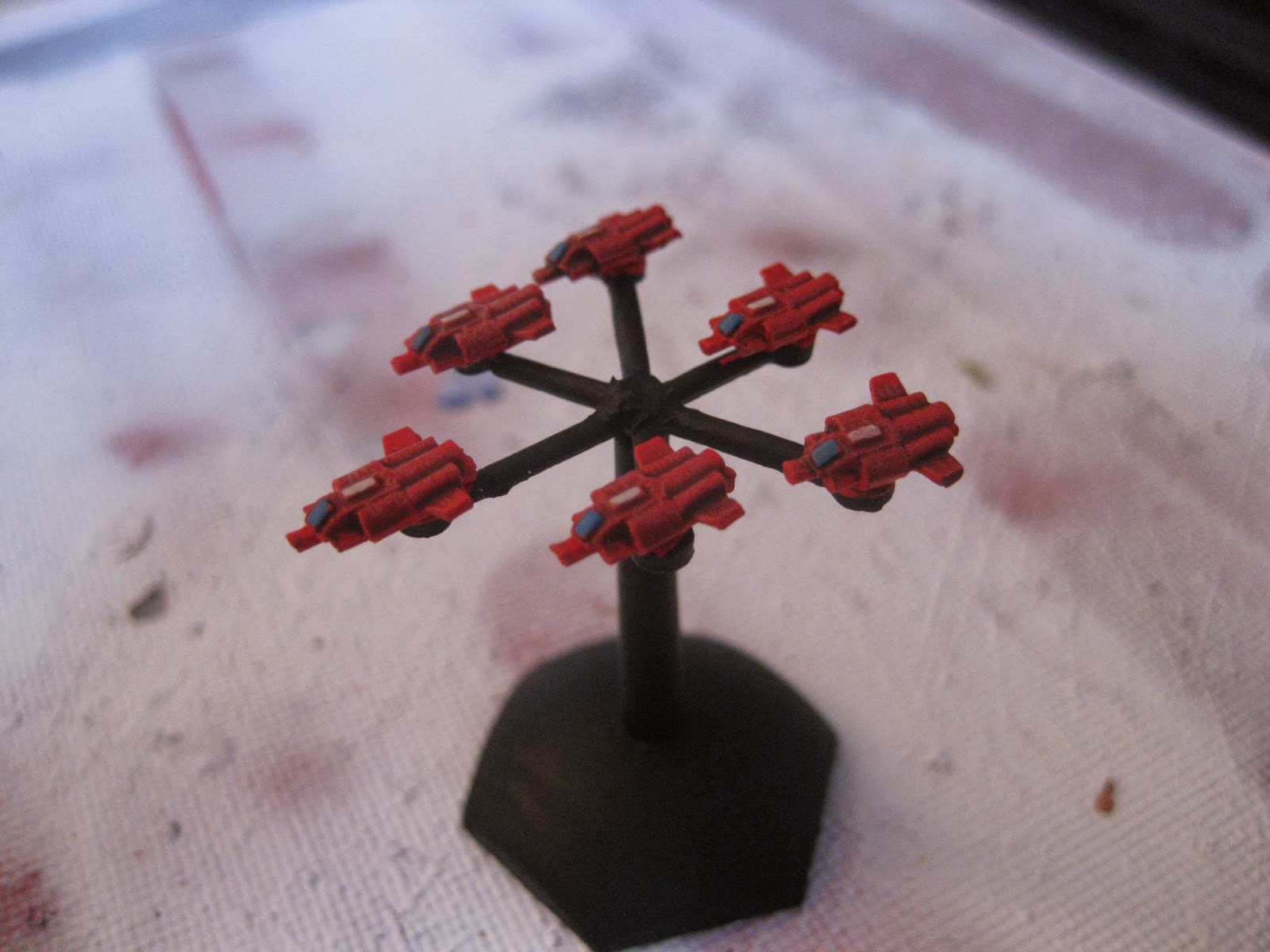 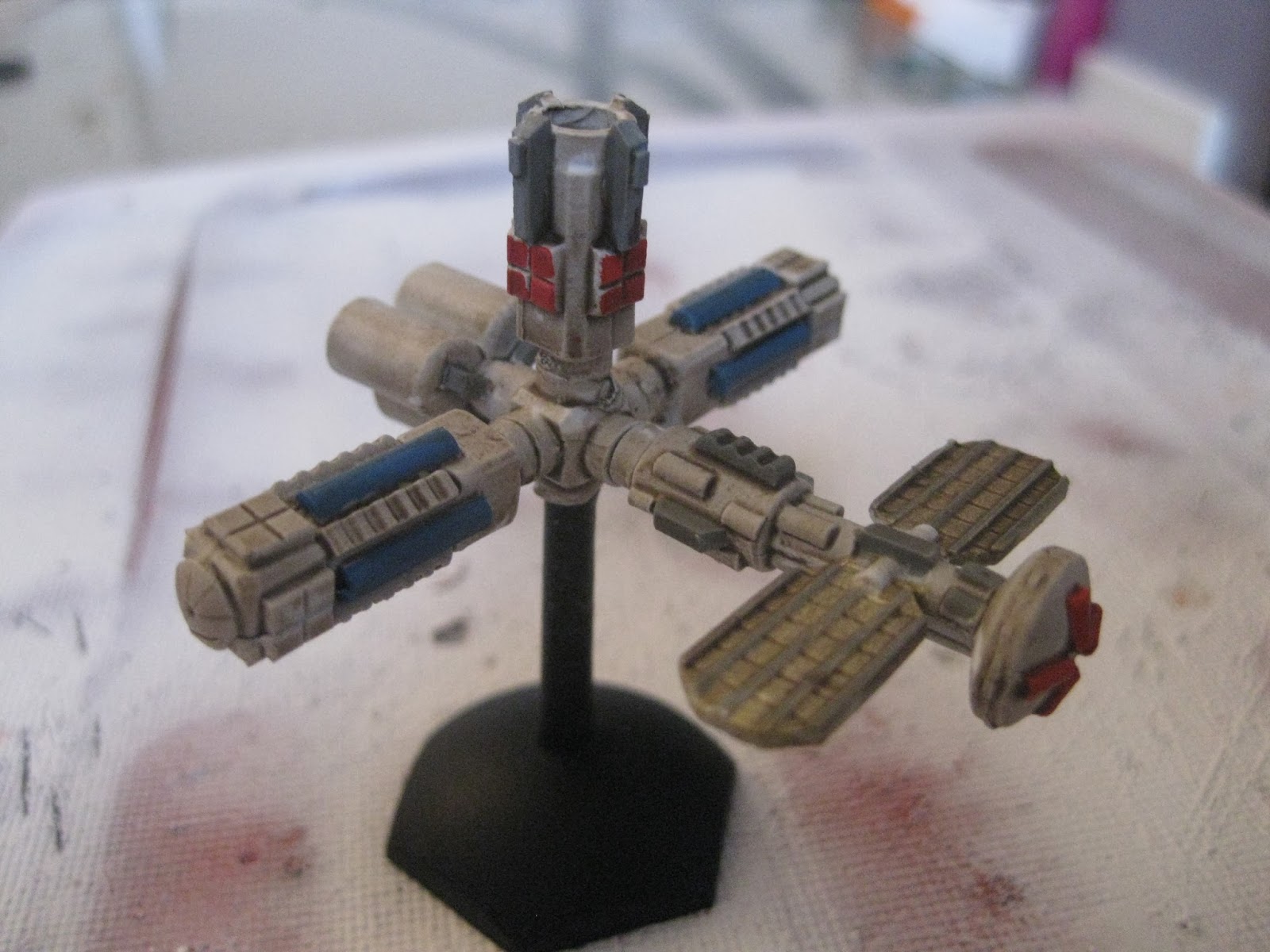 Now, to just get them on the table.

Paddy and I joined up again for another crack at Usk.  Paddy chose the army, Ottoman Turks, so all I had to do was bring money for beer.

this was the theme

15mm ANCIENT/MEDIEVAL/RENAISSANCE DOUBLES COMPETITIONS
Field of Glory Competitions:
Age of Pike and LanceAs a tribute to George Gush, this theme will include any army from 1420 to 1570. Not to exceed 900 points.No troops with Impact Pistol can be fielded, nor any non-light troops with Musket/Musket* or Salvo. The FOGR list must be used if available for the date of the army. Armies dated prior to the commencement of the FOGR lists must be legal under the FOGAM lists, with the following changes to make them fit the FOGR rules:1) Points cost: All points costs are as per the FOGR rules. To facilitate the correct application of these points values, please could all armies (if possible) be submitted using Paul Freeman’s excellent spreadsheet, the latest version of which can be found onhttp://www.badwargamers.org.uk/ (follow the downloads link).2) Capabilities: Lancers capability counts as Heavy Lancers if the troops are Knights, Light Lancers otherwise. Mounted Light Spear capability counts as Light Lancers. Skilled Swordsmen capability counts as Swordsmen. Offensive and Defensive Spearmen capability count as Spearmen. Longbows count as Bows. Firearms count as Bombs if the troops are using bombs (e.g. Naffatun), Arquebus if the troops are foot using handguns, Carbine if they are mounted using handgun.3) Troop types: Knights count as Gendarmes. Cataphracts count as Cavalry. All tribal or Japanese Medium Foot count as Warriors. The Umpire’s decision will be final as to what constitutes tribal. Where guidance is needed, consult any later equivalent army in the FOGR lists and assume the same classification applies.4) Armour: All European Protected Heavy (or Determined) Foot can be fielded as Unarmoured or Armoured. Up to a total of 2 battle groups of the Protected Medium Foot battle groups in a European army can be fielded as Armoured, the rest must be Unarmoured. Non-European Protected foot, and all Protected mounted, must be fielded as Unarmoured. The Umpire’s decision will be final as to what constitutes European. Heavily Armoured Knights are treated as Fully Armoured, whether mounted or (where permitted) dismounted. Heavily Armoured Cataphracts are treated as Heavily Armoured. Heavily Armoured foot are treated as Heavily Armoured.5) List amendments:i. All Drilled Average Knights specified as “mercenary” (including Burgundian Ordonnance men-at-arms) gain the option to be fielded as Superior. Armies with Drilled Superior Knights gain the option to upgrade one battle group of these to Elite.ii. All Heavy or Determined Foot battle groups including Pikemen can be up to 16 bases in size. (Provided of course that the total bases allowed by the army list permits this). Up to 2 bases in a pike unit can have heavy weapon instead of pike. (This does not contribute to any minimum of heavy weapon bases).iii. Swiss Heavy Foot are treated as Determined Foot, and can be Unarmoured or Armoured, Superior or Elite. iv. Ottoman Turkish armies cannot have more than ½ of their Timariots battle groups as Superior.v. Christian Nubian armies cannot have more than ½ of their Medium Foot (Warrior) archer battle groups as Superior.vi. Muromachi Japanese armies can have up to ½ of their “Bushi and followers” battle groups as Superior. (Warriors). The Umpire reserves the right to disallow any item in a list that he feels exploits a loop-hole in the above amendments. If you need clarification on any point, or you think I have missed anything in the above amendments, please contact me on rbs@byzant.demon.co.uk.

Here is the runners and riders 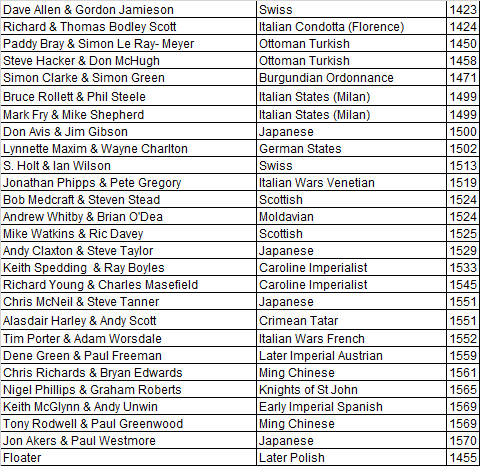 Sooo hard, the turks wouldn't die, but with all the armoured keils we faced, we couldn't get more than a draw for three of the five games. 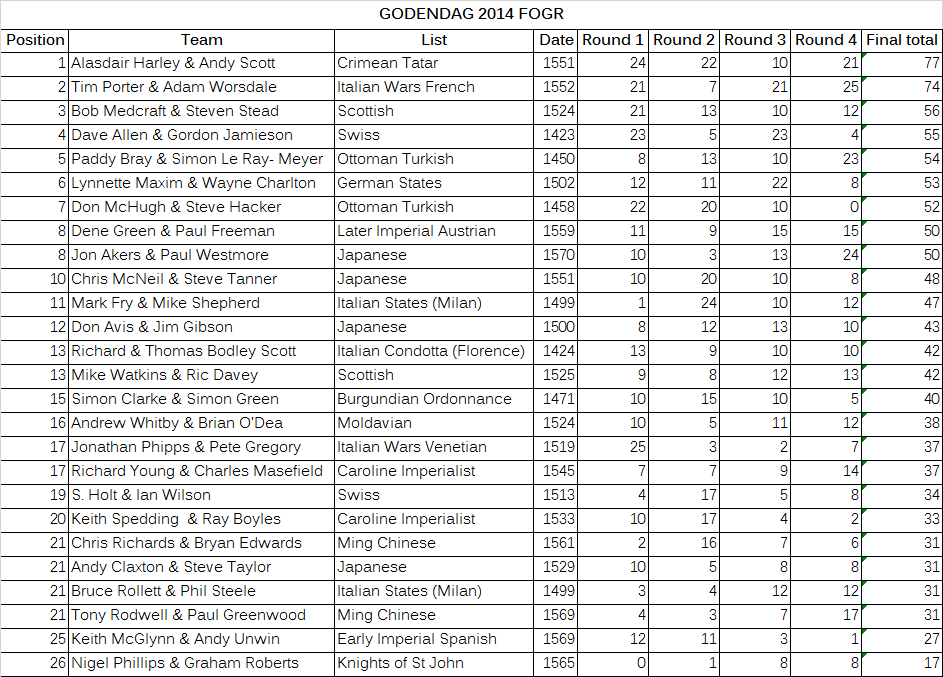