Another game of ADLG-R with a few new rules. We reduced the points cost for pike and shot so we could have a few more troops, which gave a better game feel. The rear support rule was changed so that if you had rear support and beat the required roll by 2+, you remove two cohesion markers. This made rear support quite effective , especially with lots of shooting.


The French didn’t have much luck again, the English out shot them and beat them in melee. 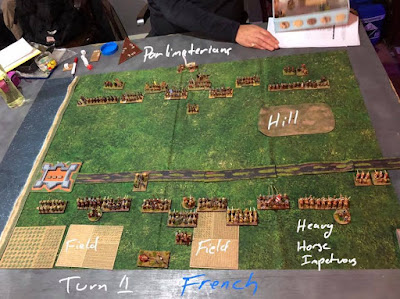 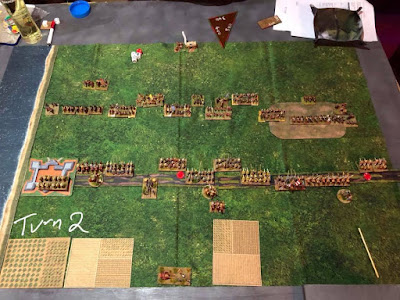 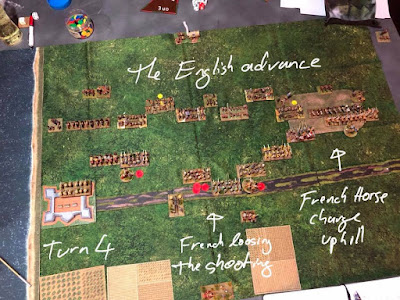 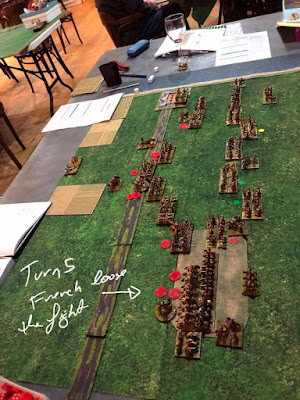 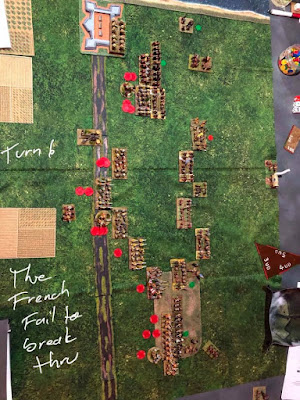 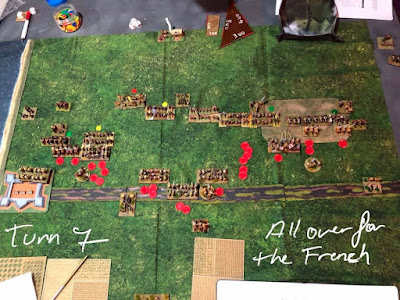 Posted by the.urban.bunny at 21:02 No comments:

For this weeks test, we tried the two later renaissance period armies, I fielded the Later Louis XIV (approx 1671) vs Later Danish (1691).

One of the things that has come out of the tests so far is I need to redo the points for the pike and shot.  They are over priced and you don't get a very large army.

We are playing on the standard sized table for 15mm, being 30 UD wide.  For a 200 point game, I had four pike & shot, two heavy artillery, two dragoons, two elite horse, a medium cav carbine and a horse pistol.

The Danes had slightly more foot, but they were LMI - Shot Bayonet, a medium gun, a dragoon and some horse.

We did have lots of spare space, both of us had at least 15UD spare space.

Anyhow, back to the game.

Louis won the initiative and invaded Denmark.  Louis had become bored of the croissant and wanted a butter danish.

The table was very open, I had a good hill with a field on it in my centre and another field right behind it.

I split my army on both sides of the hill for some stupid reason where the Danes lined up in a more classical approach.  I did include a flank march, sending a Dragoon, Medium Cav Carbine and Horse Pistol off to my right. 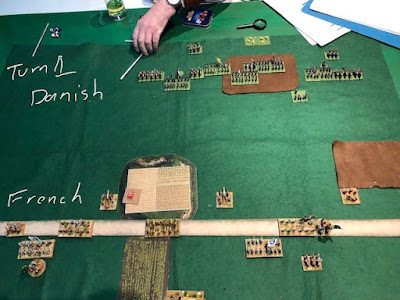 Turn 1, the French advance and the flank march arrives! 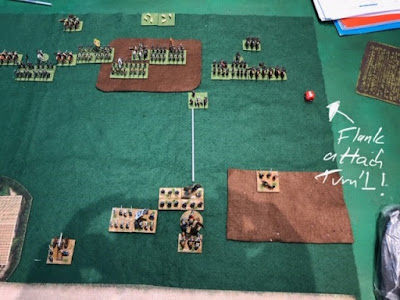 End of Turn 1, the French and Danish shooting fails to impress anyone.

Turn 2, The French flank march arrives.
I push my troops on the left hand side who were deployed incorrectly.  The French CnC decides to advance "cautiously", rolling a one for pips, again. 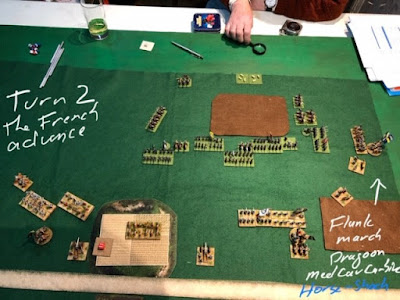 It's not looking good for Louis's desire for a buttered danish. 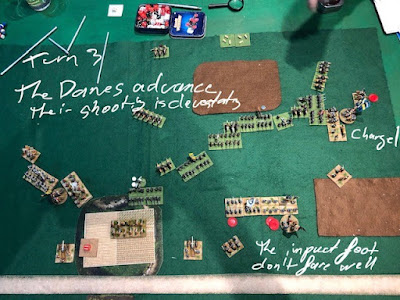 The French flank march charges into the LMI-Shot Bayonet and fails to do anything.

The Danish shooting proves to be very effective, hitting nearly all their targets.  The only French success is to hit the LMI-Shot Bayonet advancing towards the hill.

It's all gone horribly wrong from the French.

The flank march was destroyed or pushed off the table.

In the centre, the line infantry made a brave attach on the Danish foot, hoping that their "Espirt du Corps" would break their opponents.  Instead, the Danes held and then mounted a counter charge. 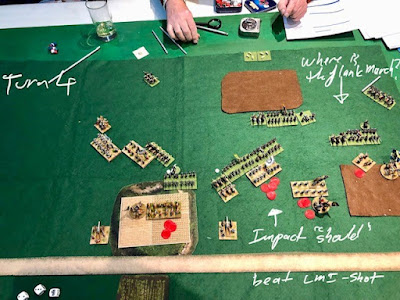 King Louis graciously allowed the Danish king to retain their pastries and went back to France declaring the battle a victory for the French, while only having one Guard Horse, Guard Pike & Shot and an Heavy gun left.

Posted by the.urban.bunny at 13:56 No comments: