Curses to Lord Hoof and his Tartars! 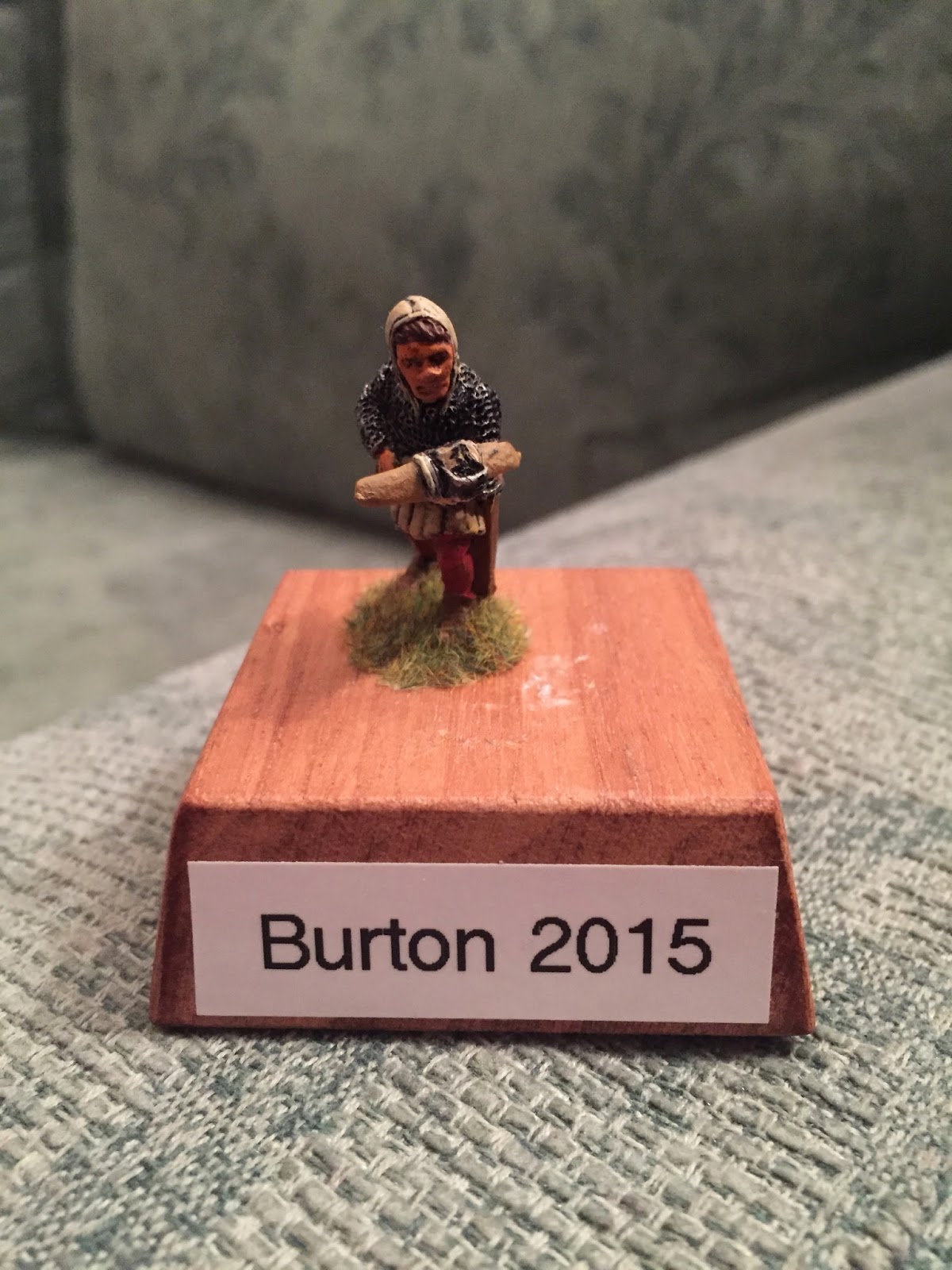 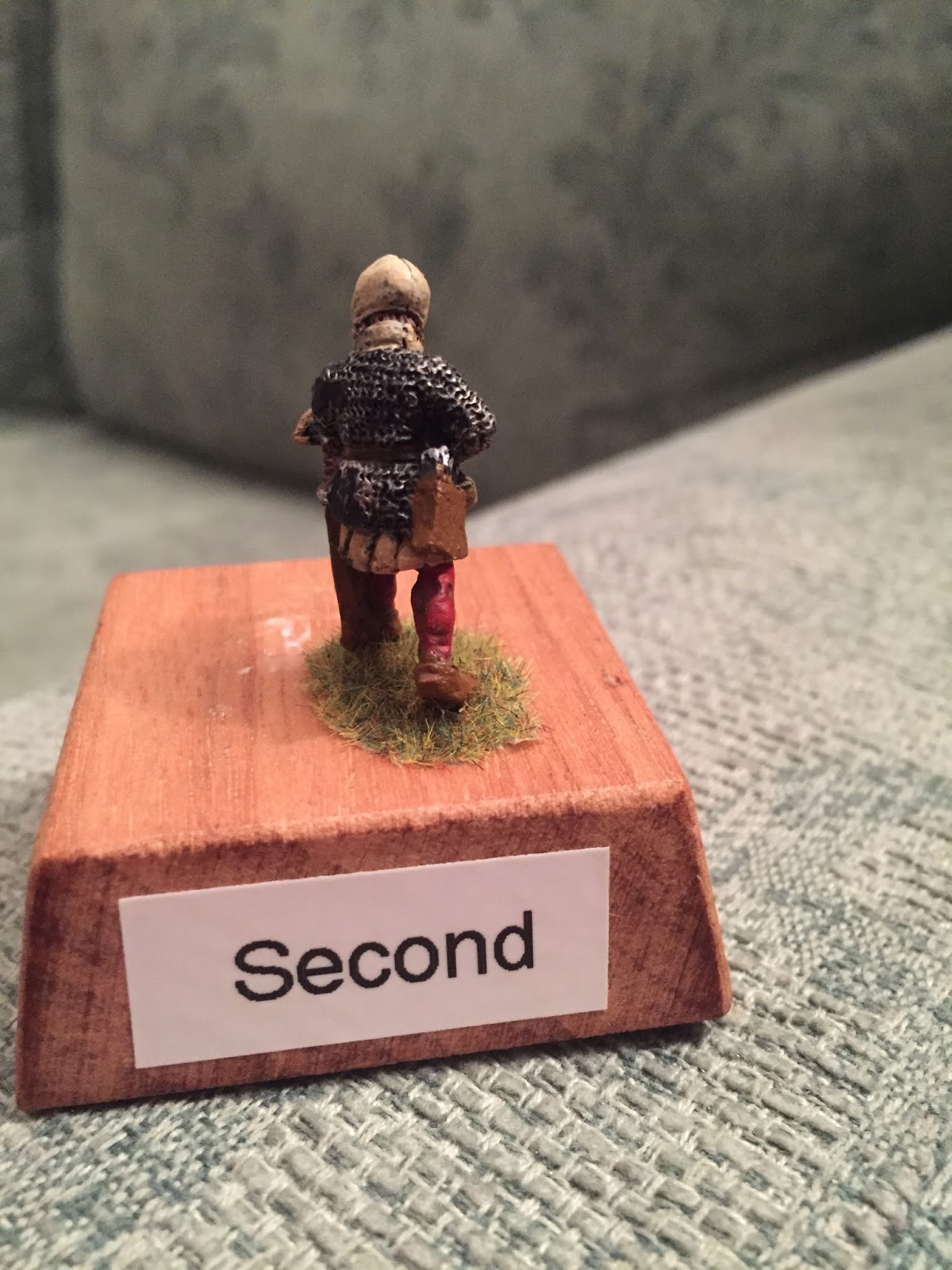 It never bodes well for a Swiss keil when you are getting 21 dice of shooting a turn, including your own artillery which had been captured!.

The period was a lot of fun, nice and tight, so, lots of proper armies and one Tart. 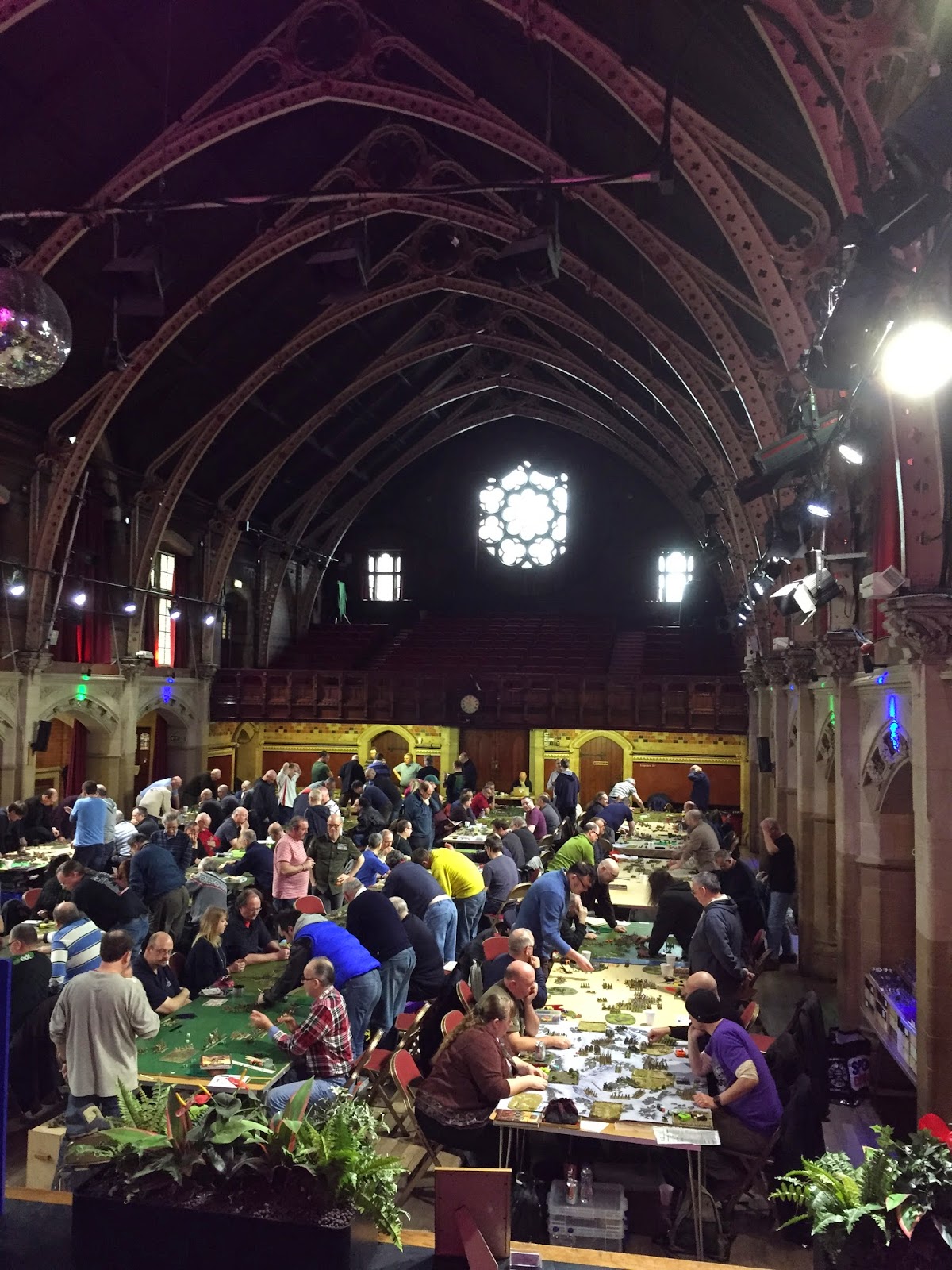 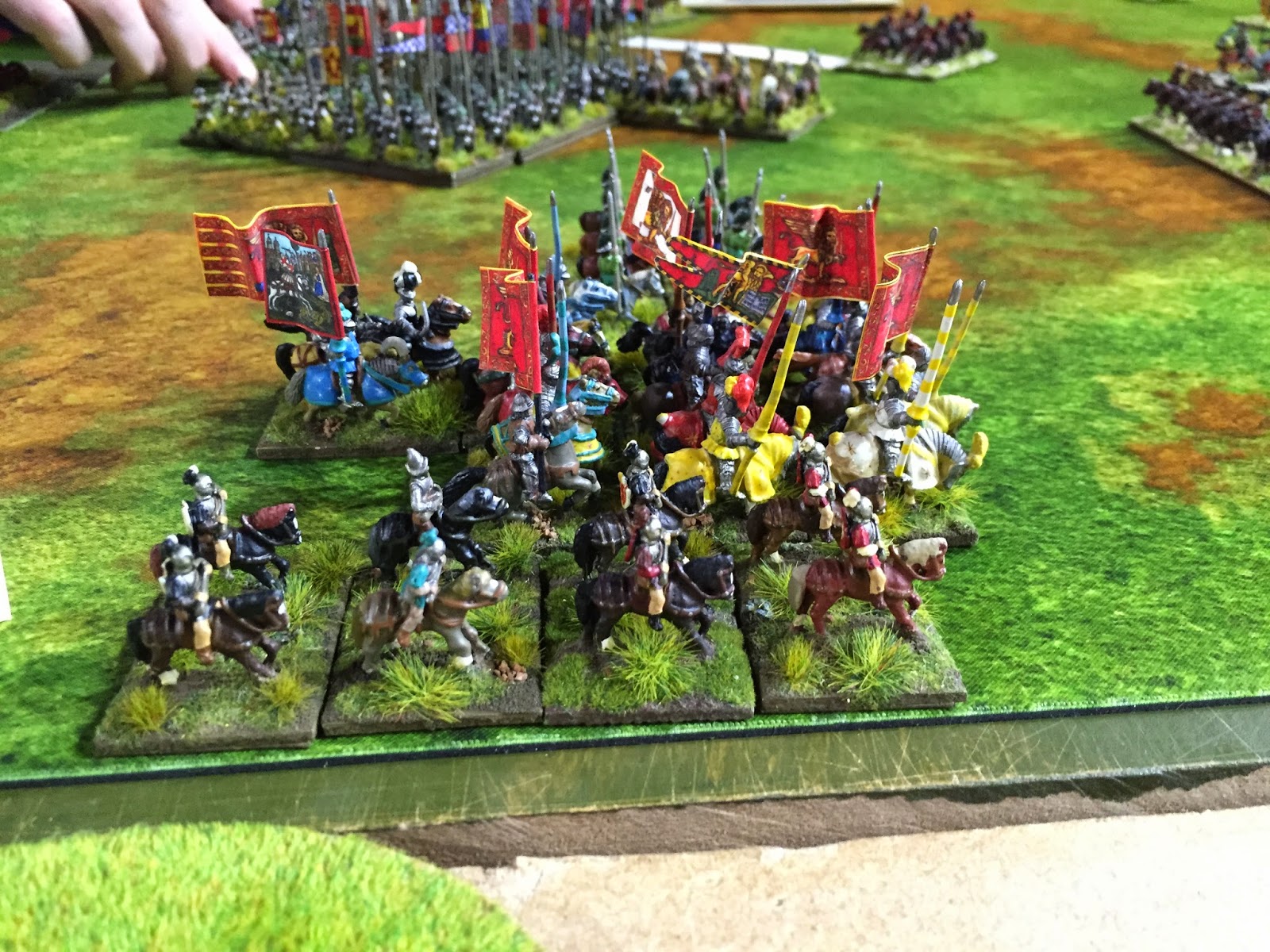 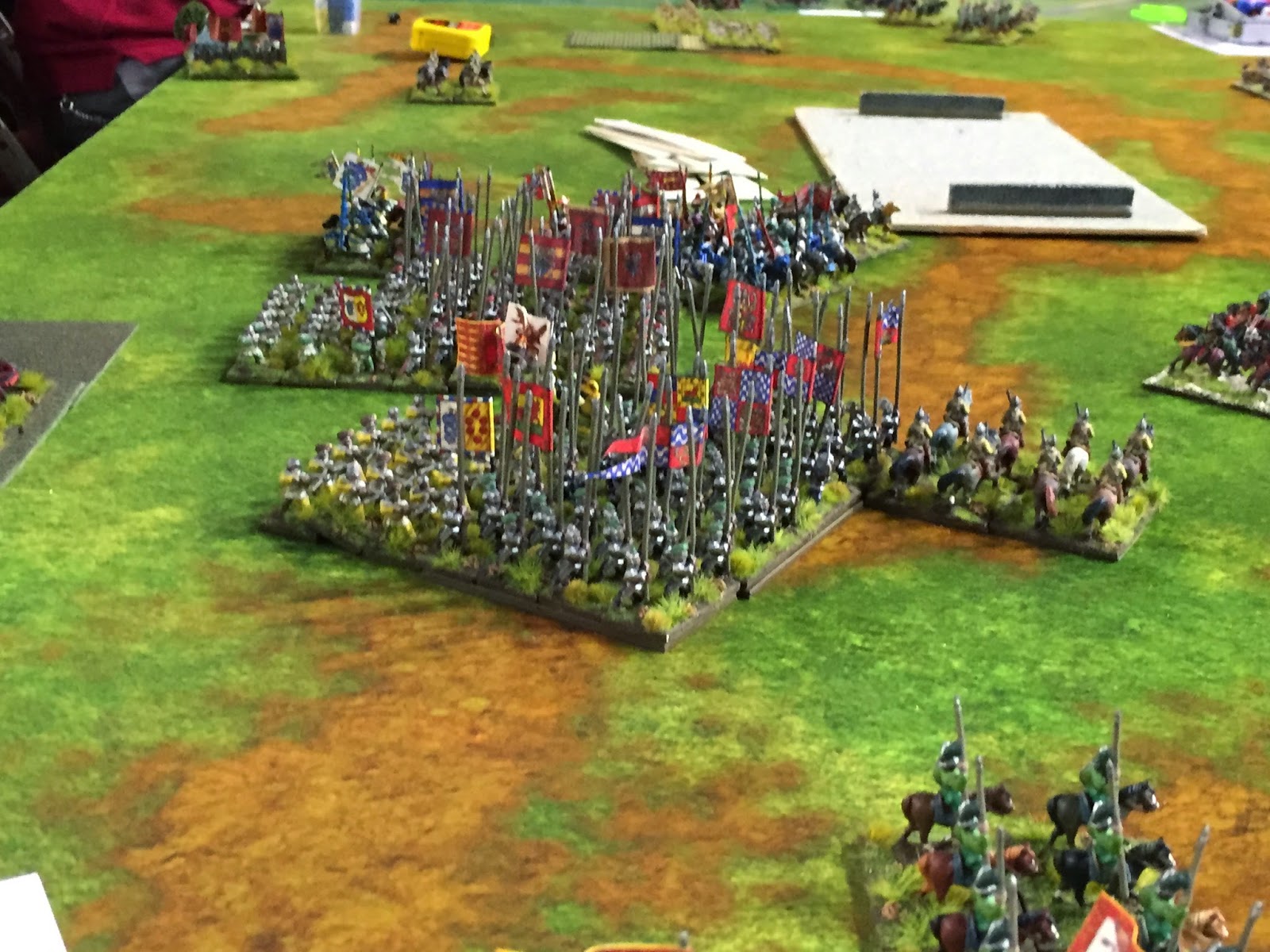 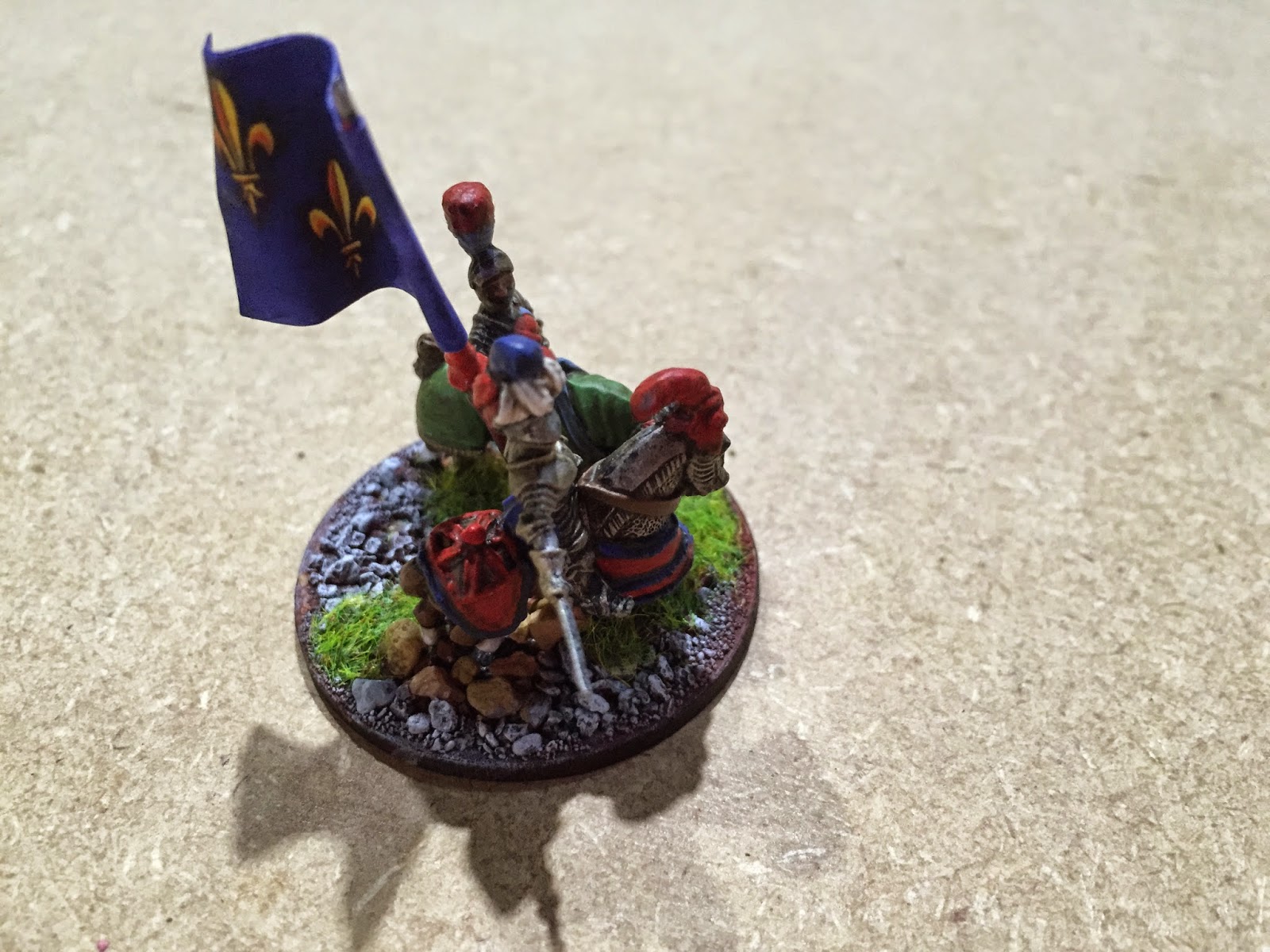 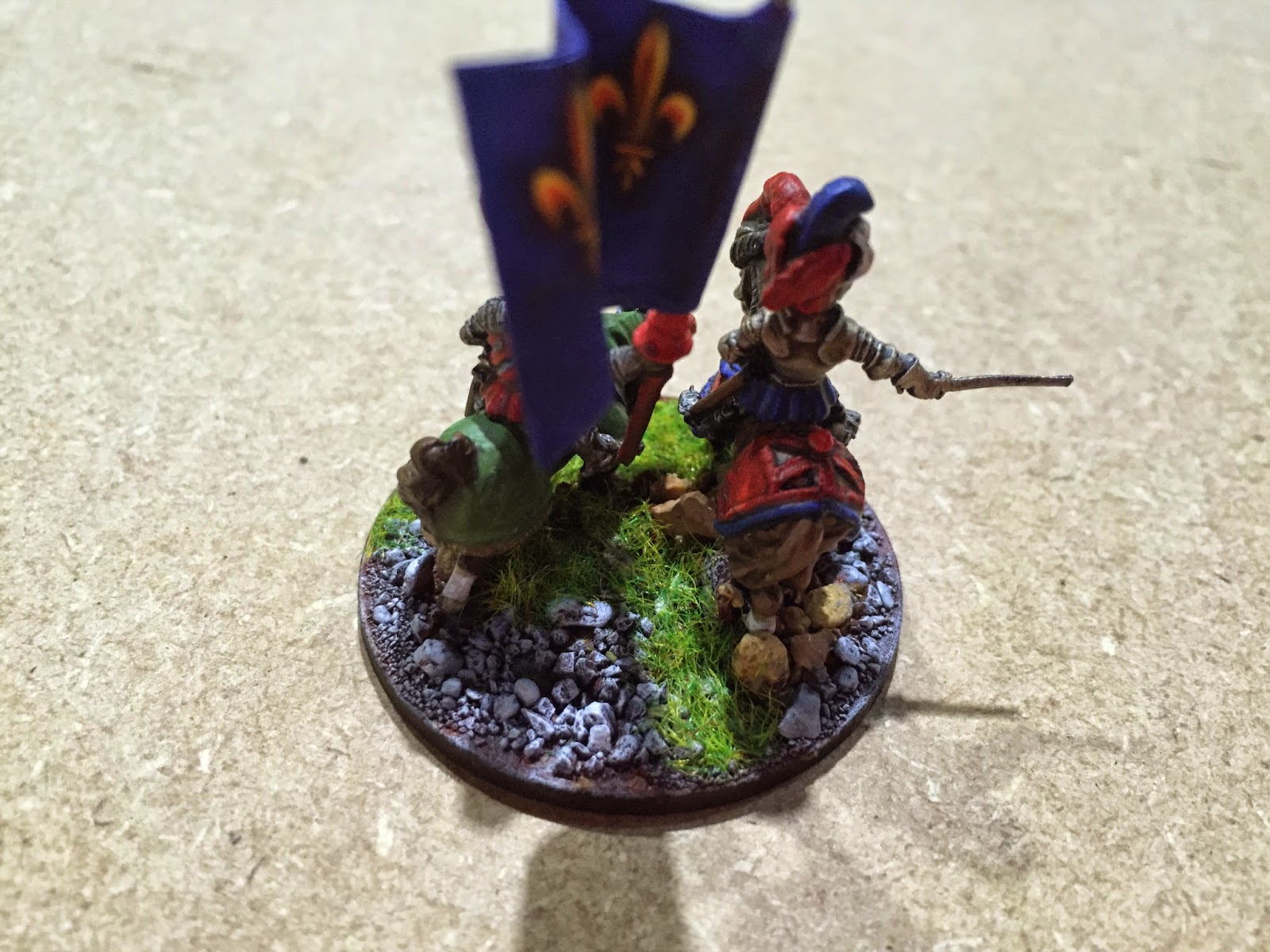 Posted by the.urban.bunny at 09:18 No comments:

Ohh dear, Lord Hoof is there with his Tartars....

Lots of french, swiss and a few other combos.

Will be a fun weekend 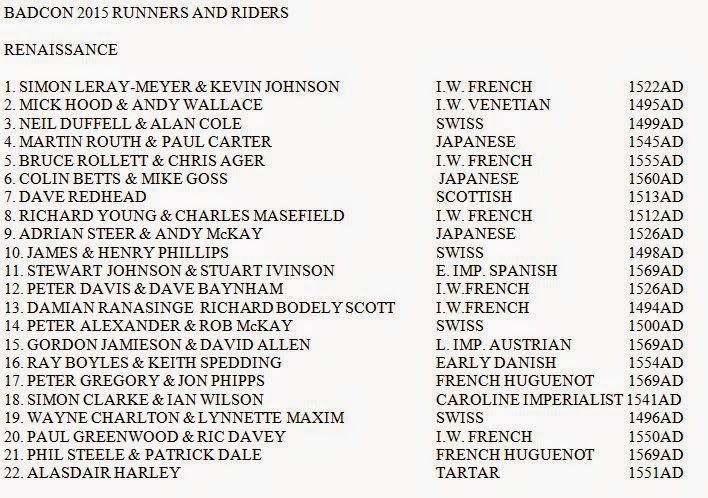 Posted by the.urban.bunny at 16:33 No comments:

Just need to do the banners 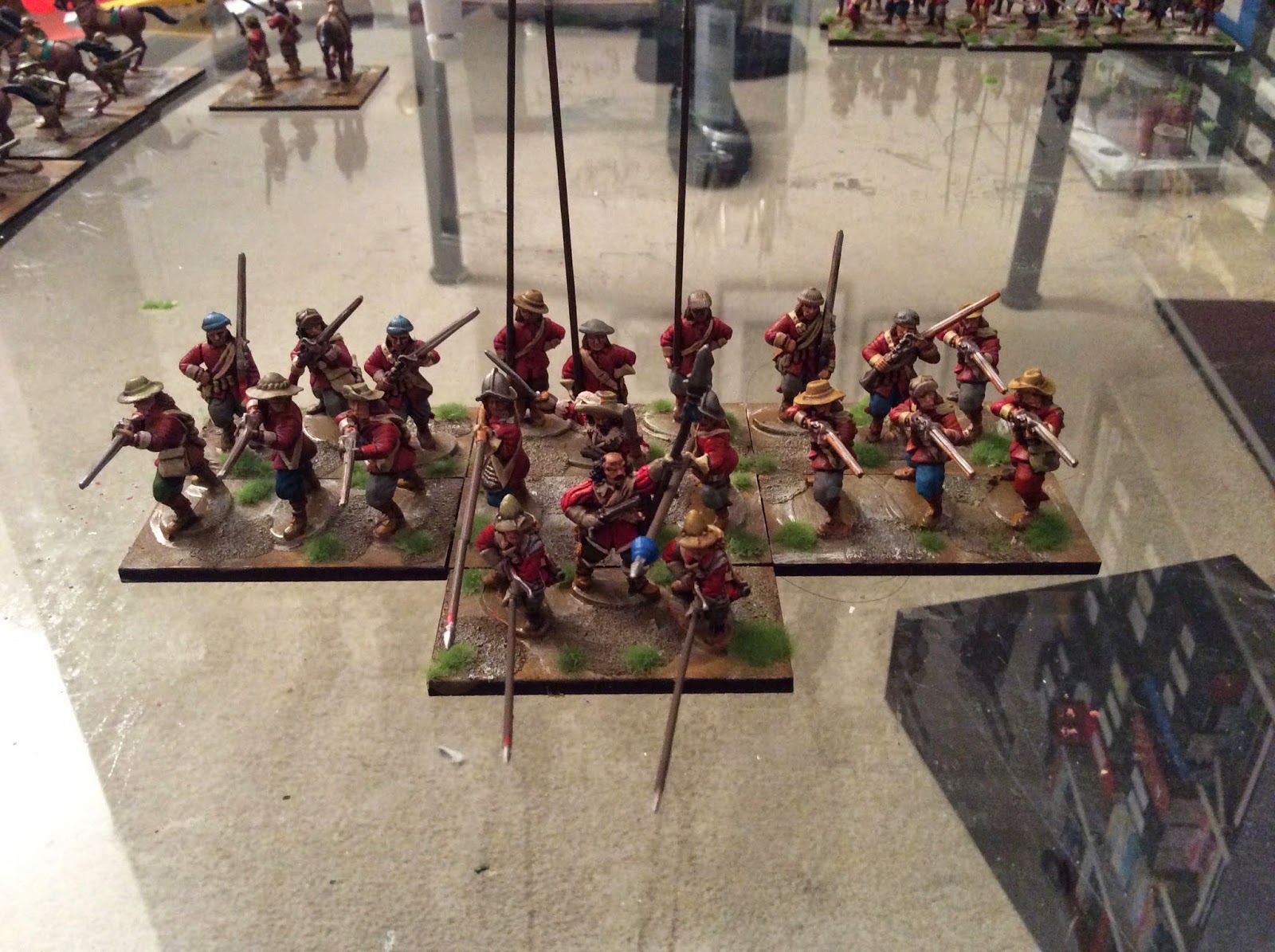 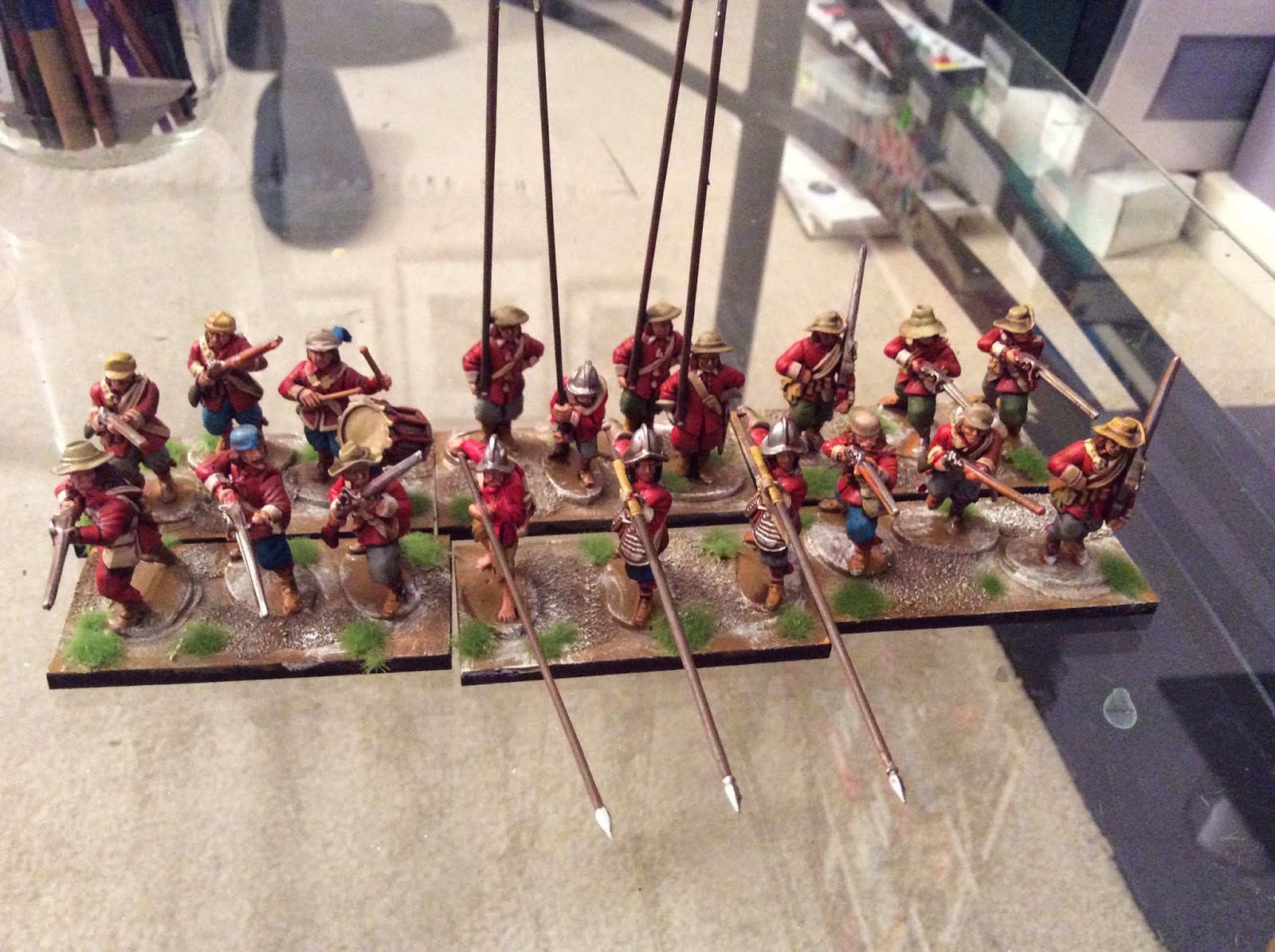 
Next weekend, I'm off to Burton to team up with Kevin for FoGR doubles.

Renaissance special rules
1.No battle troops with musket/musket*.
2.Any heavy artillery used must be the first battlegroup(s) deployed followed immediately by any medium artillery used.

We are taking Italian Wars French.

Gendarmes and Swiss, nice and simples

Posted by the.urban.bunny at 23:08 No comments:

Just need to add the flags. 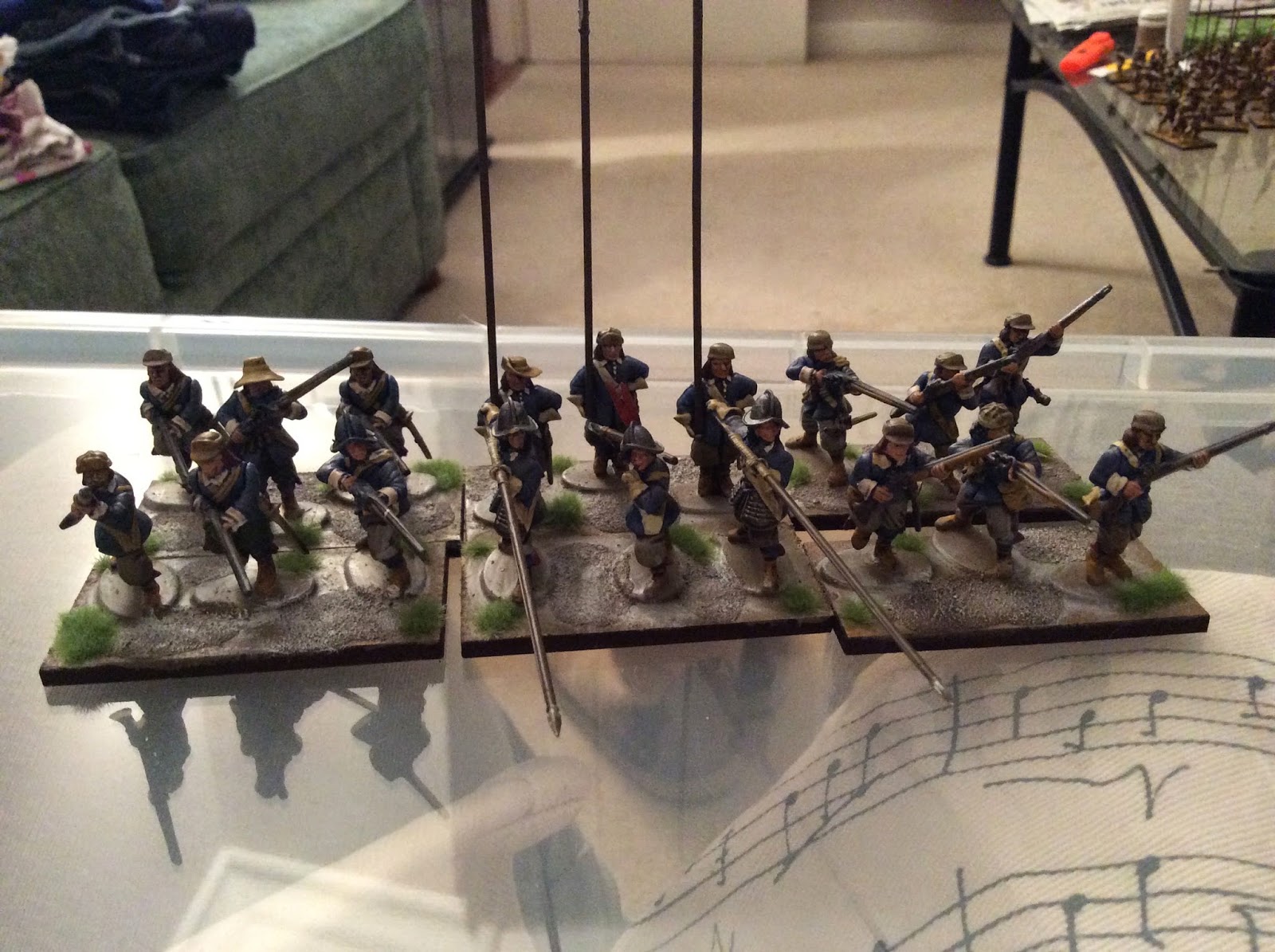 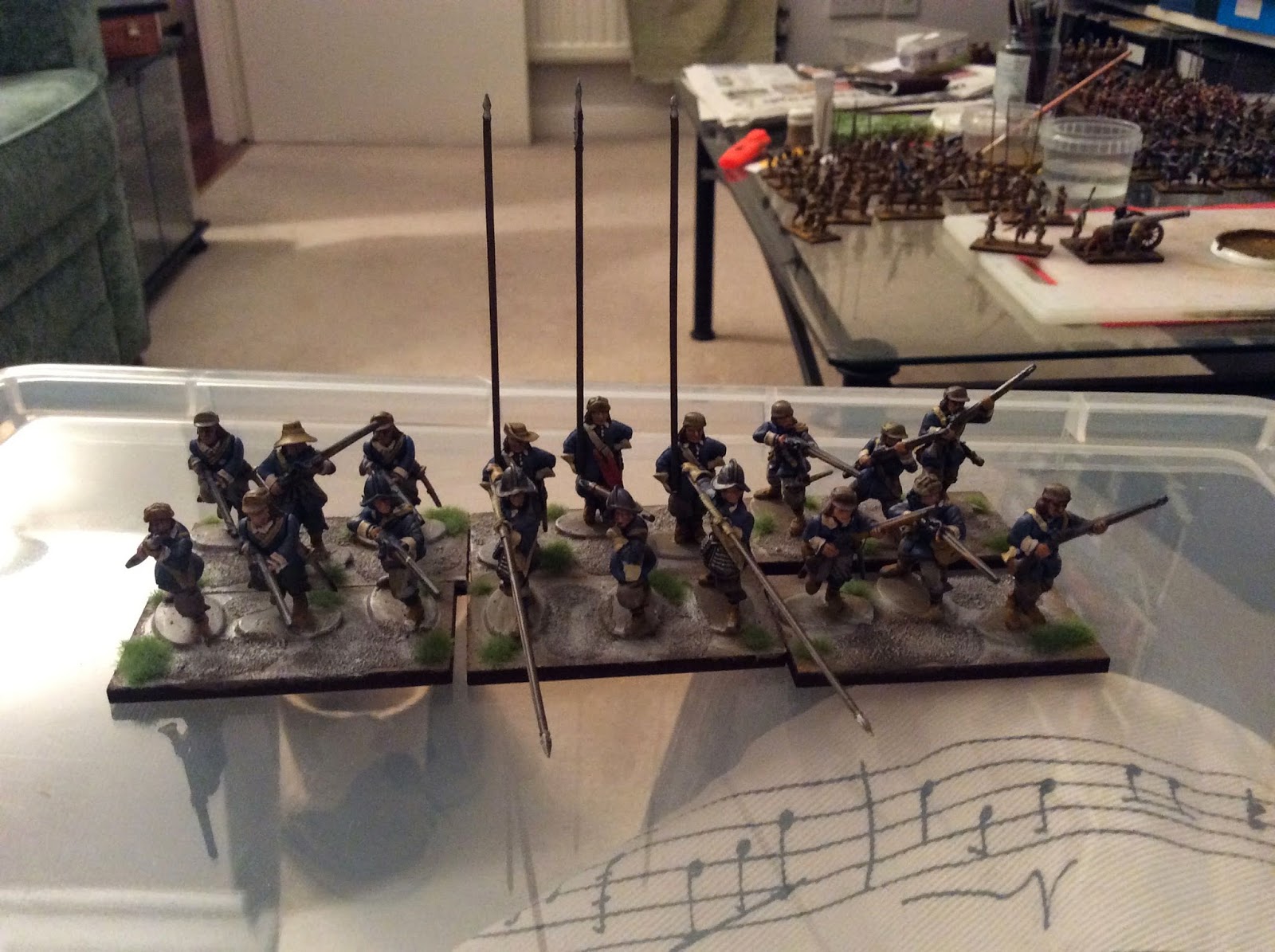 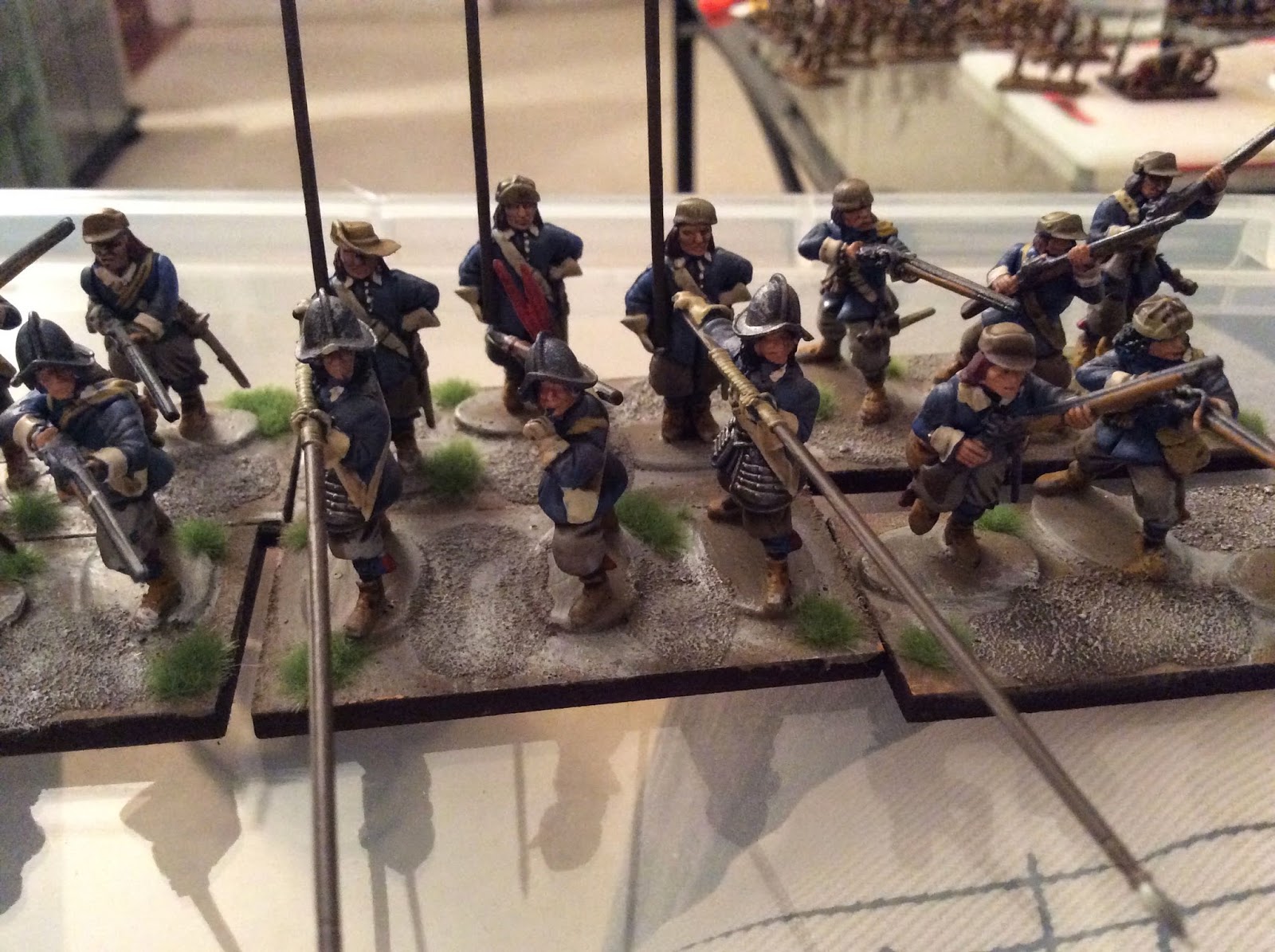 Posted by the.urban.bunny at 23:06 No comments:

Gruntz AAR - Get to the VTOL

Tamsin and I got a game of Gruntz in.

The scenario, 300 points, the UNSC start in the BUA, they have to make their to the VTOL, the Xenomorphs could spawn at one of three points, marked by the random bit of moss.

We also used the card activation to make it a bit more random.

We started one game and soon scrapped it and started again after some discussion.  The Xenomorphs were given a free racial trait of Swarm, so, they could move twice and get into combat, otherwise, they moved towards a building.

I should have taken some more photos.

The UNSC pulled a narrow win, but lost 1/2 of their strength due to teeth/claw/fangs.  The Xenomorph free trait of Swarm worked well.  The aliens were able to move fast, if they got shot at, could be taken down, but once they got into close combat, it was all over.

The Queen alien got stuck in and even after taking 16 hits was still moving, which she chewed her way thru my forces.

The UNSC deployed, ready for the run to the VOTL 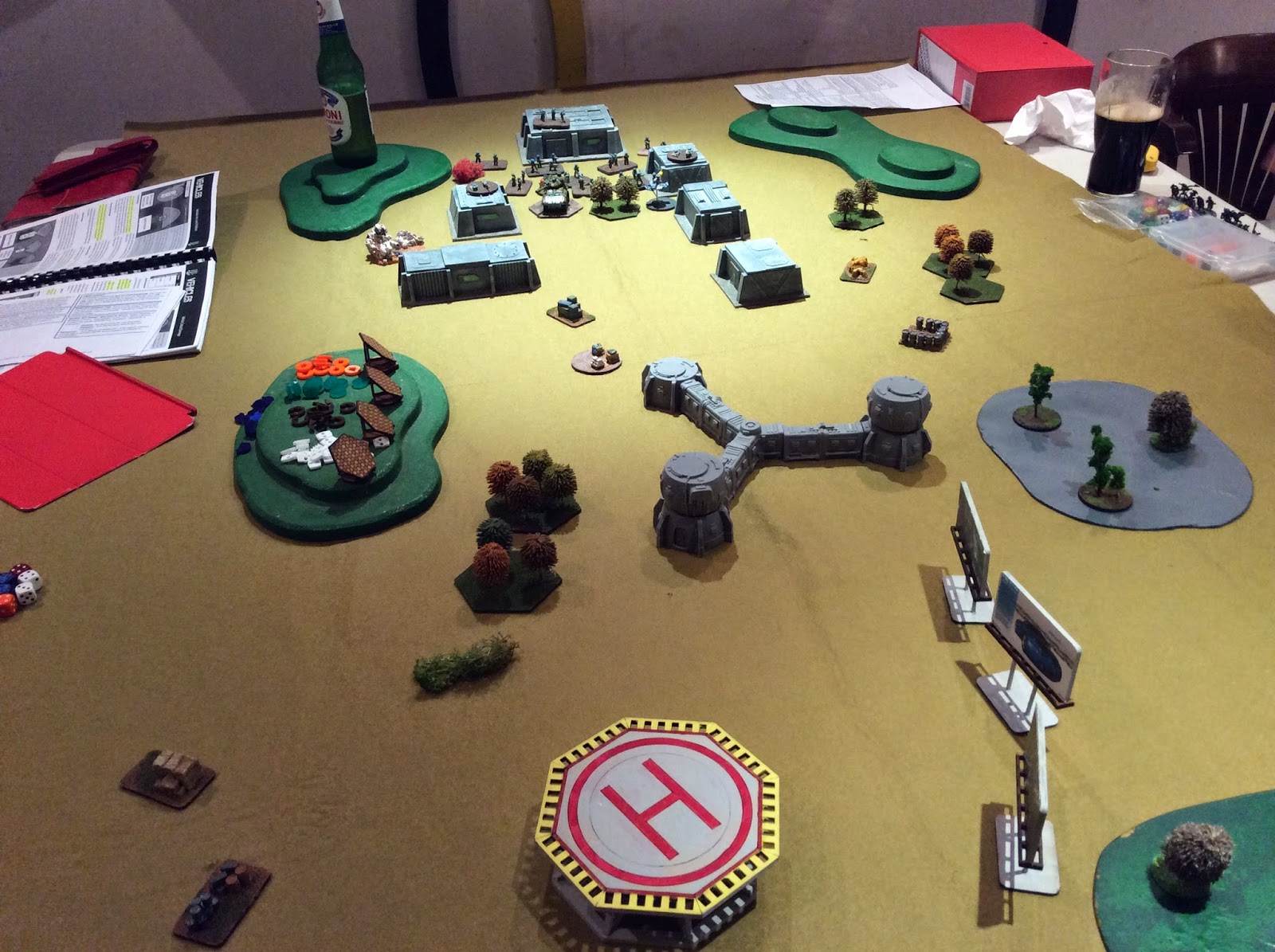 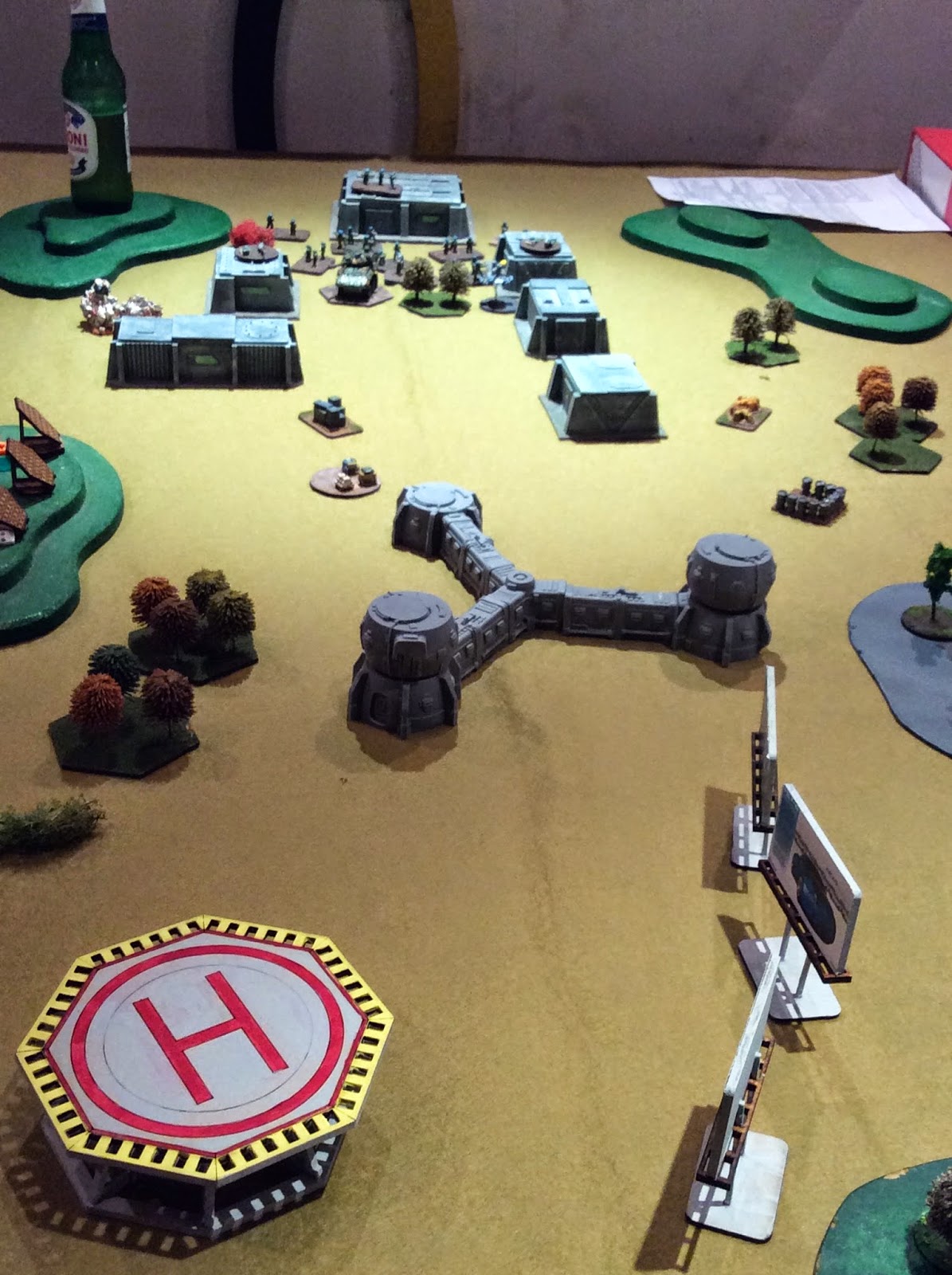 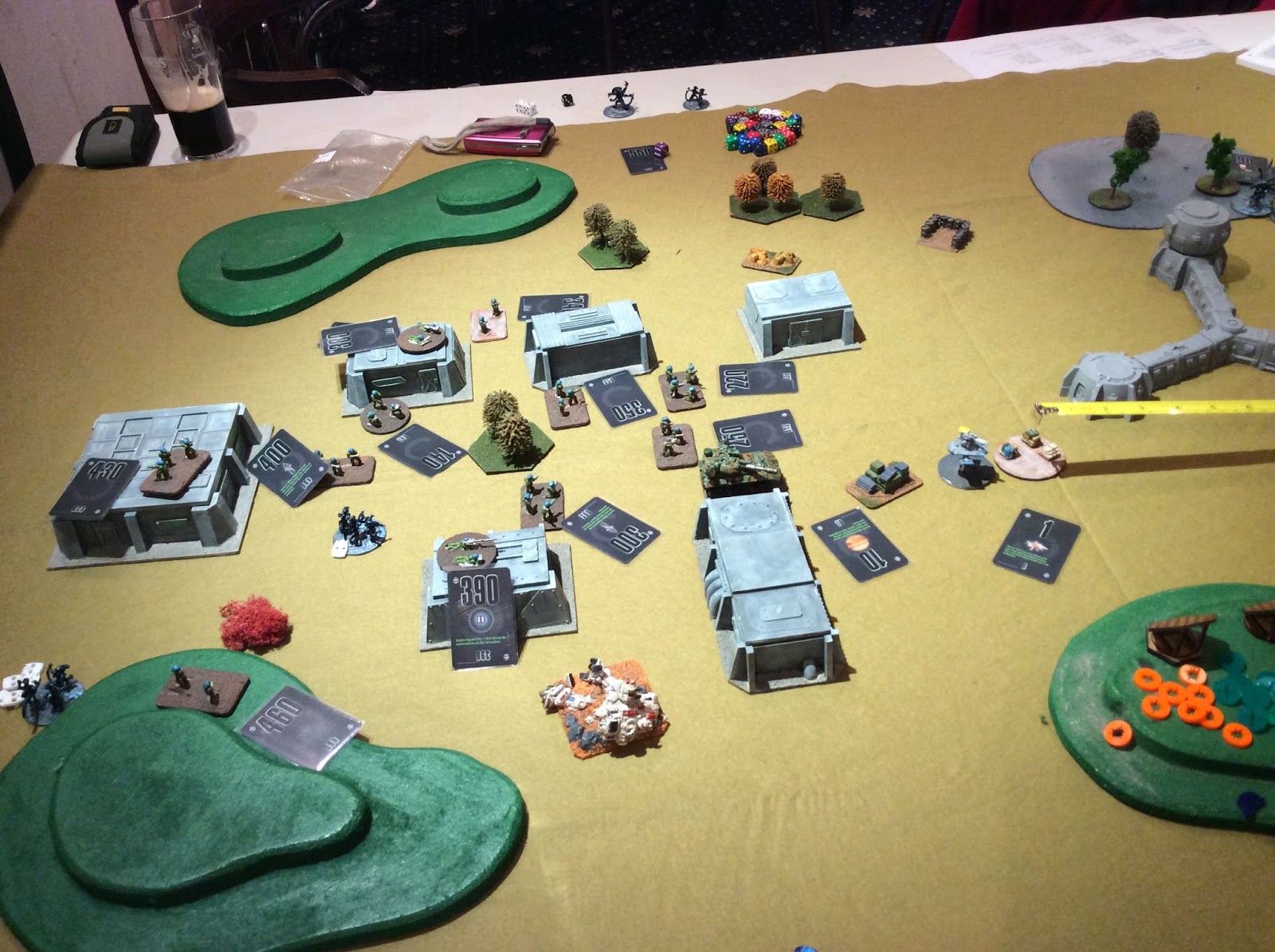 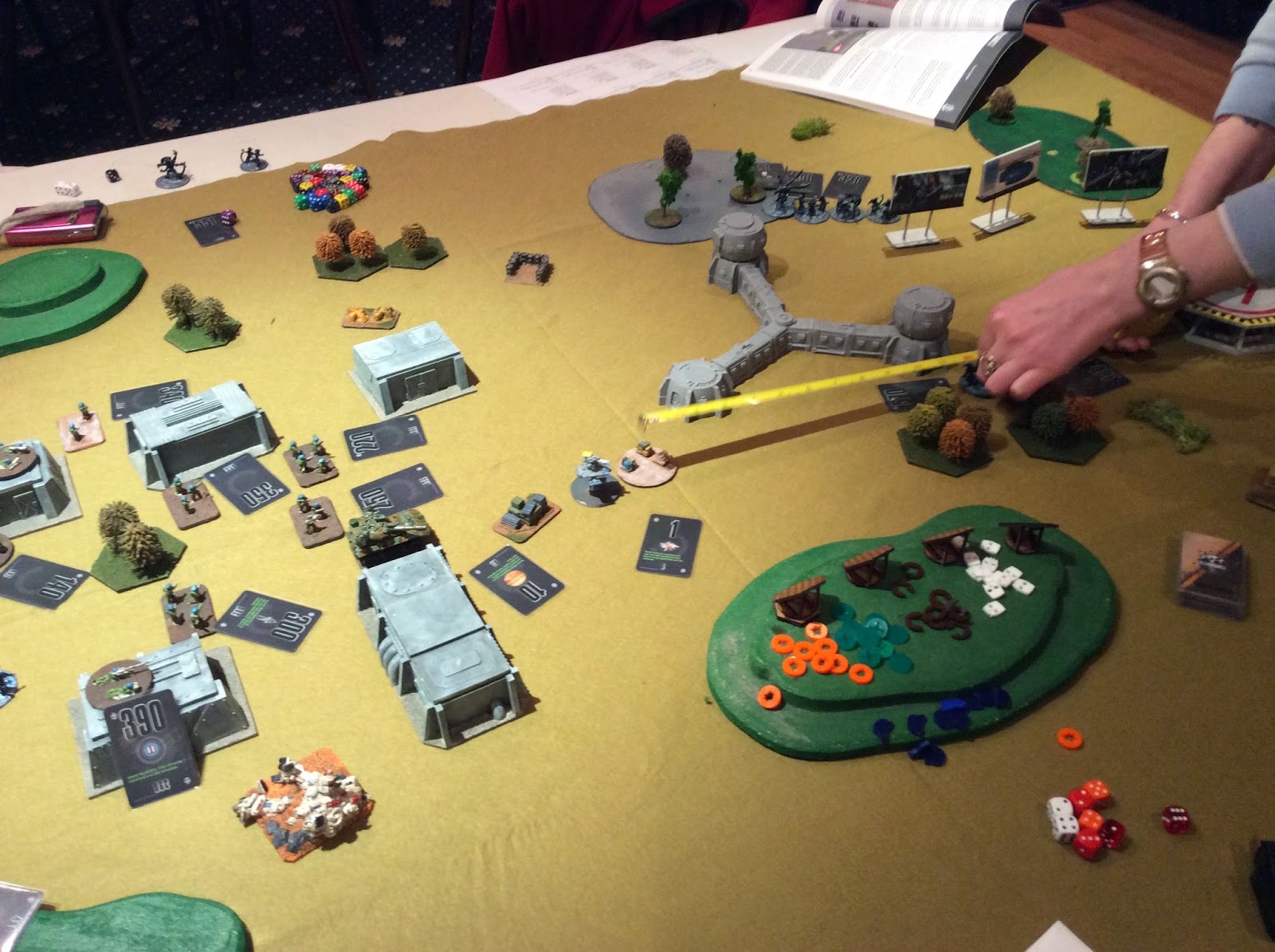 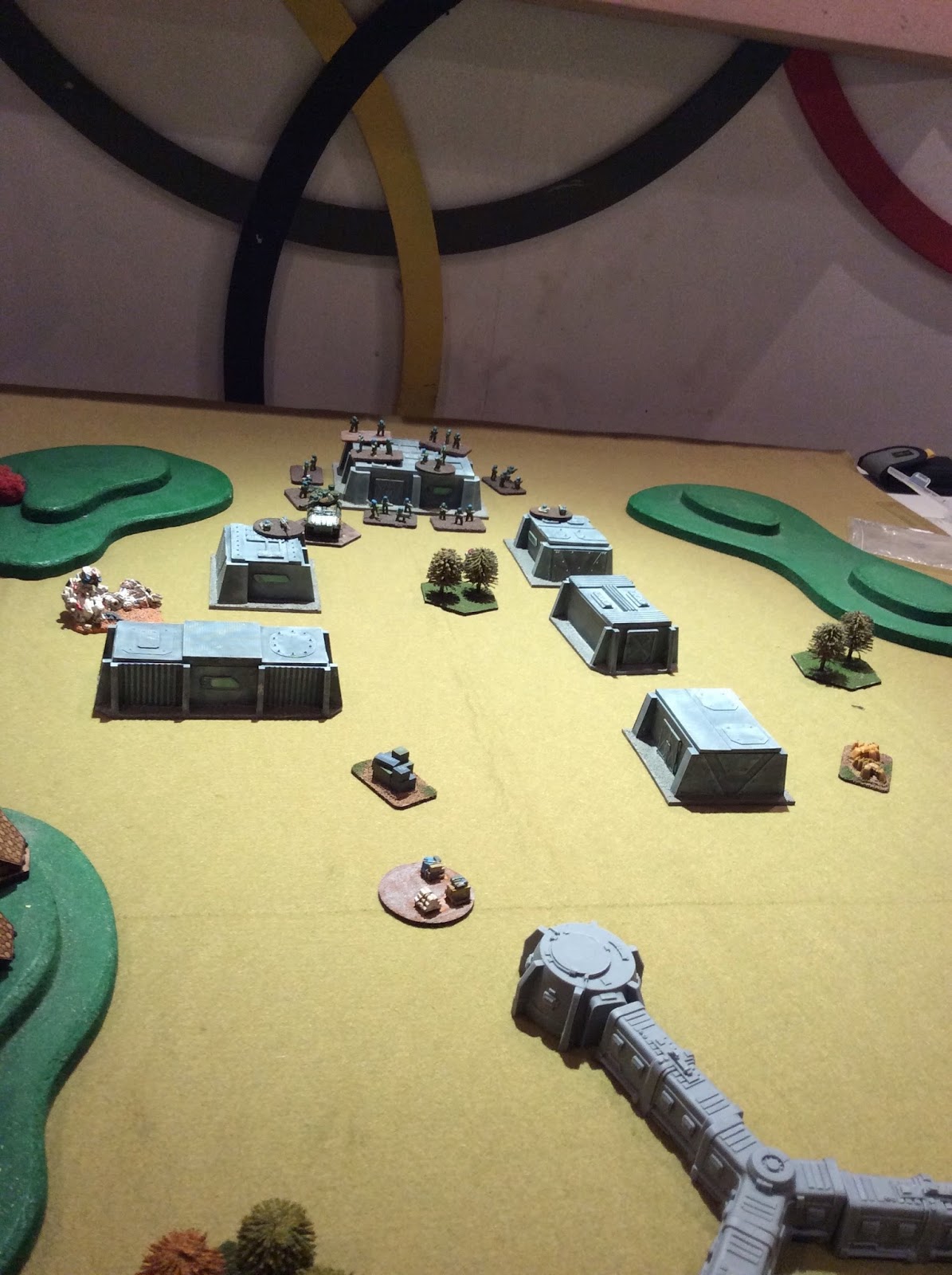 A Xenomorph appears and gets stuck in. 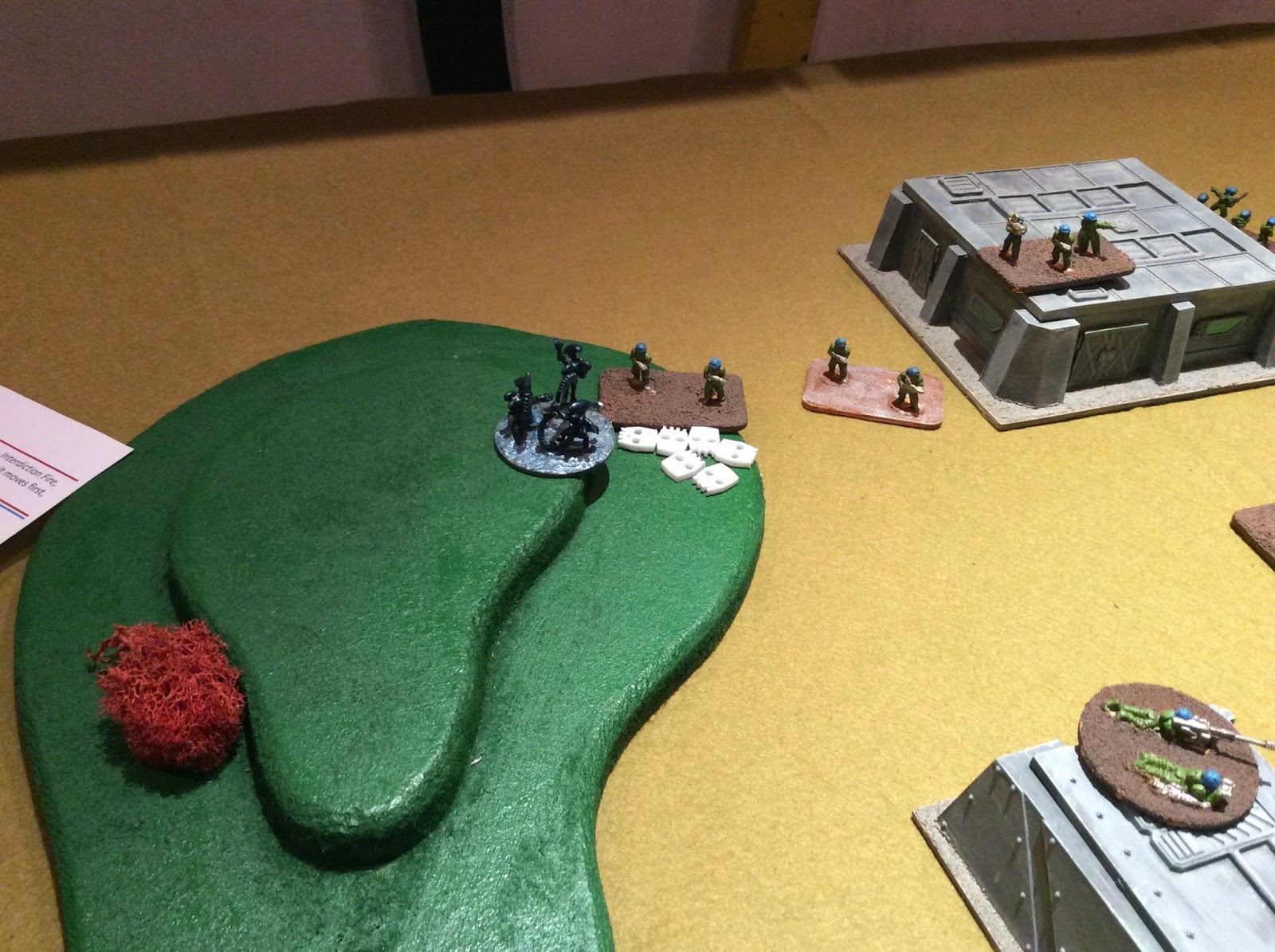 pike and shot  getting ready for matt varnishing 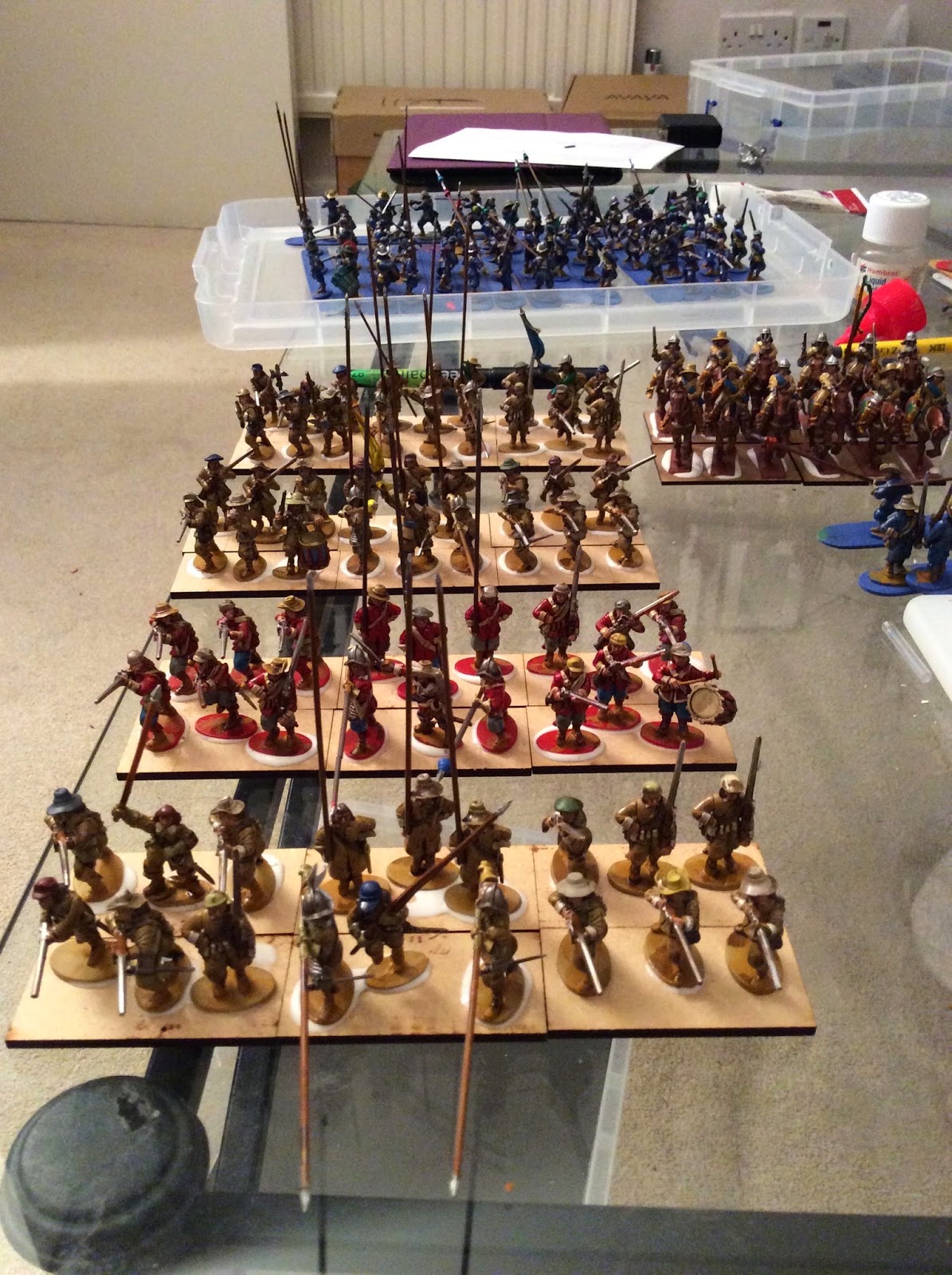 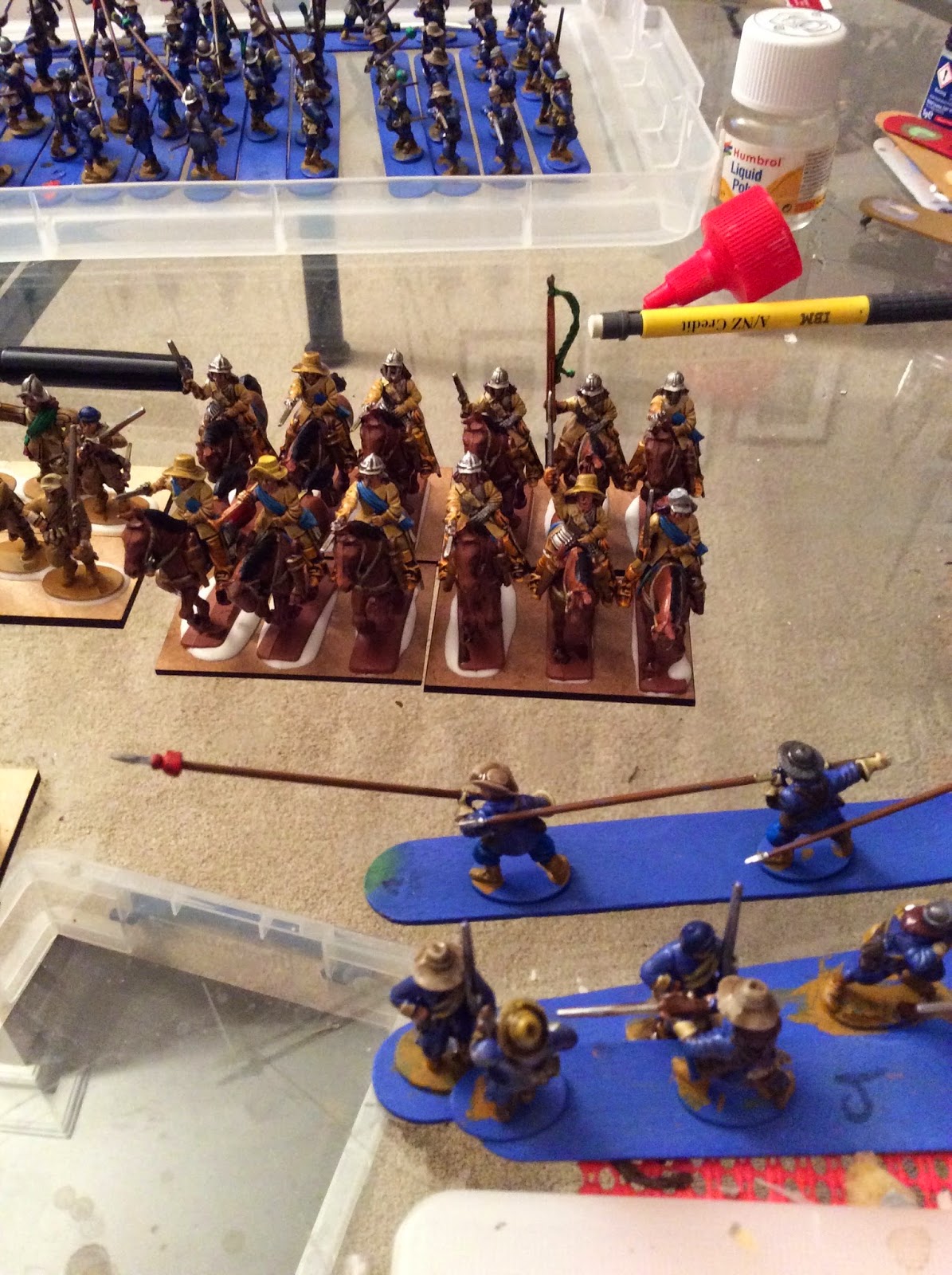 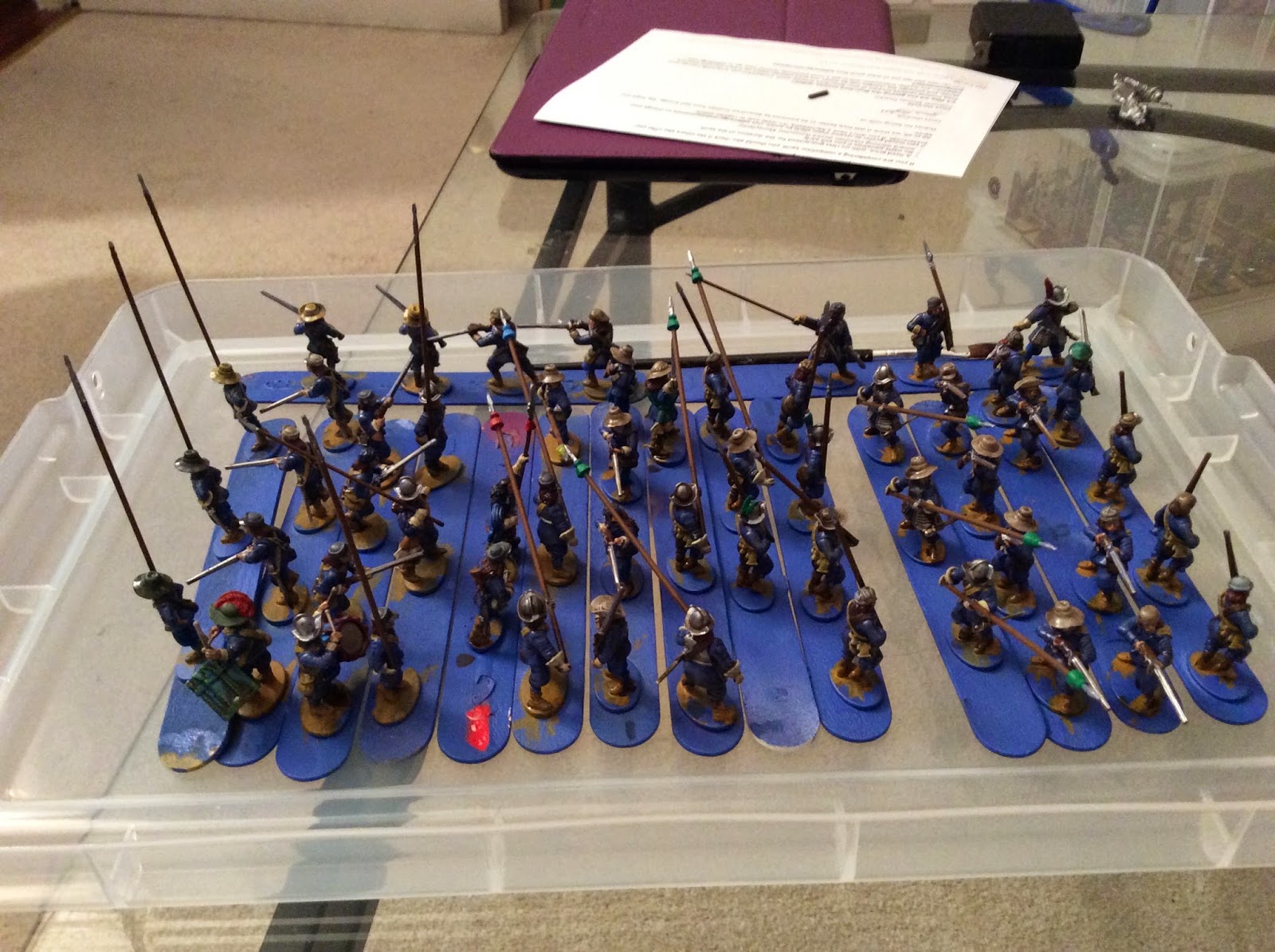