Sean has been busy painting and basing up a bunch of Pike & Shot that were originally for FoGR, but never got there.

One of the joys of ADLG-R is the smaller figure count, so, you can paint up an army much quicker, or, buy lots more armies.

Sean had put some banners on his pike and was running them as Early 30 Years War Germans, so I brought in my Later 30 Years War Swedes for a vaguely historical game.

The Swedes won the initiative and attacked.  Would have been rude not to.

Sean went for a deep deployment with his six foot in a dense formation, with heavy cuirassiers on the left and reiters on the right.

I went for the classic long line of foot with my heavy elite mounted on the left and the non heavy elite on the right. 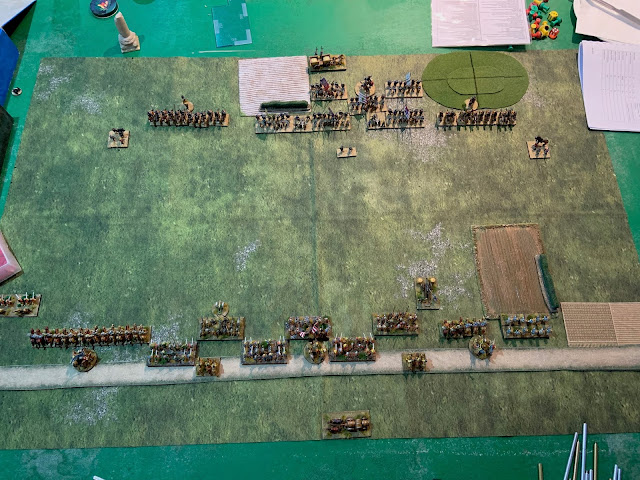 Close up of the Germans 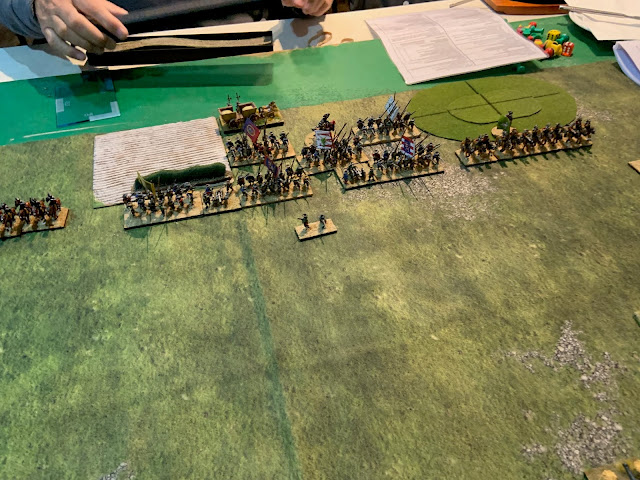 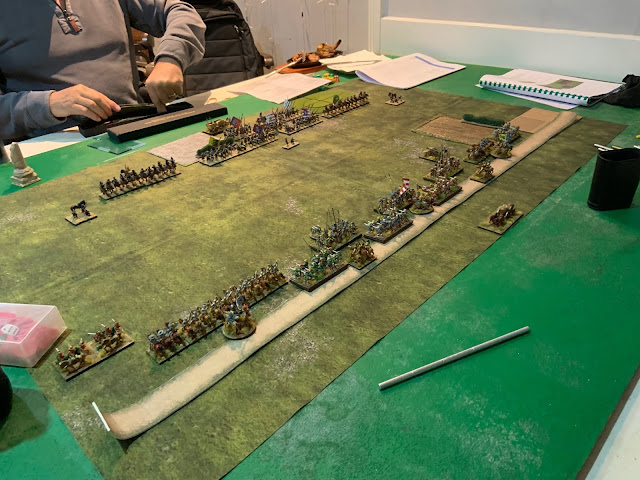 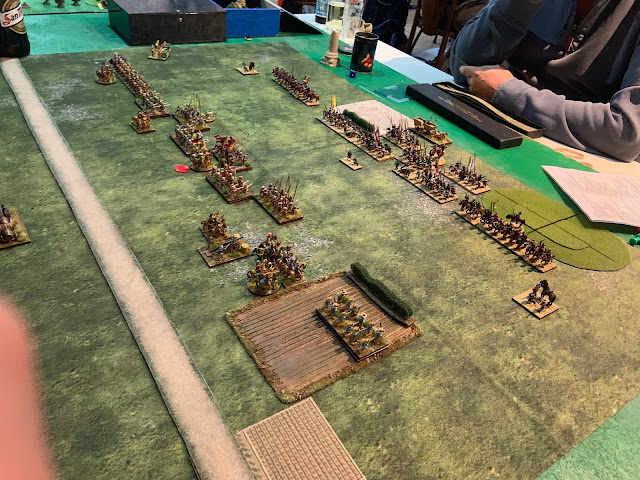 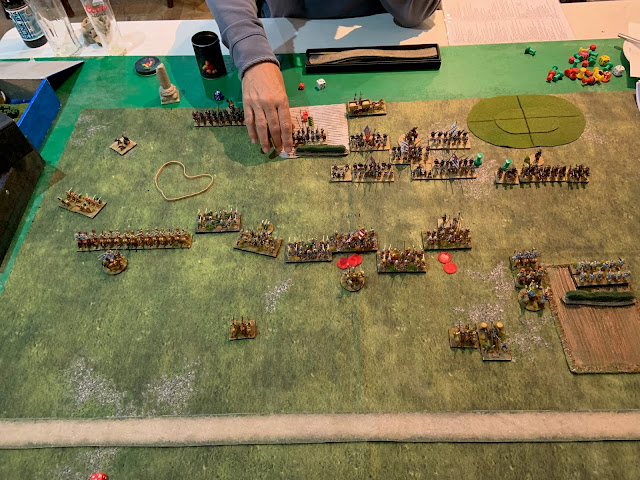 As the Swedes come into range, they start to take effects from fire. 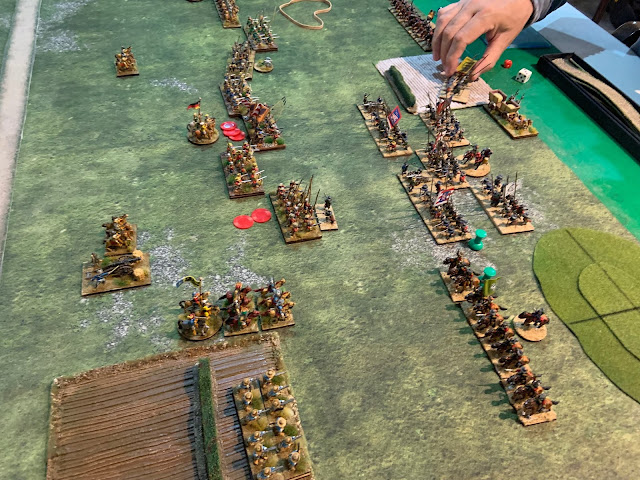 The German and Swedish mounted move into range while the Swedish foot suffer heavy casualties to fire. 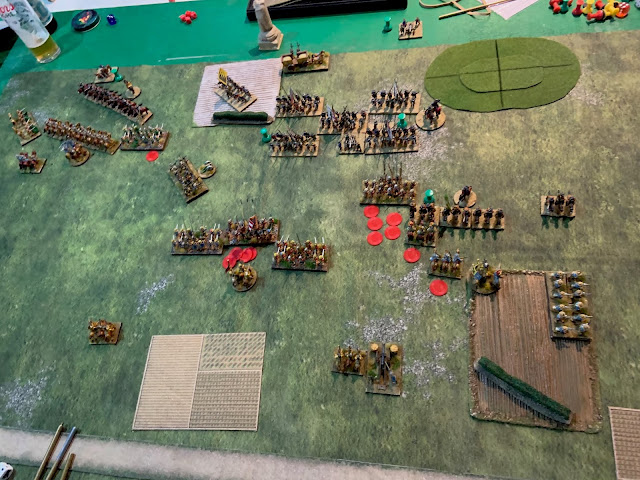 Close up of the centre, the Swedes have lots of markers..... 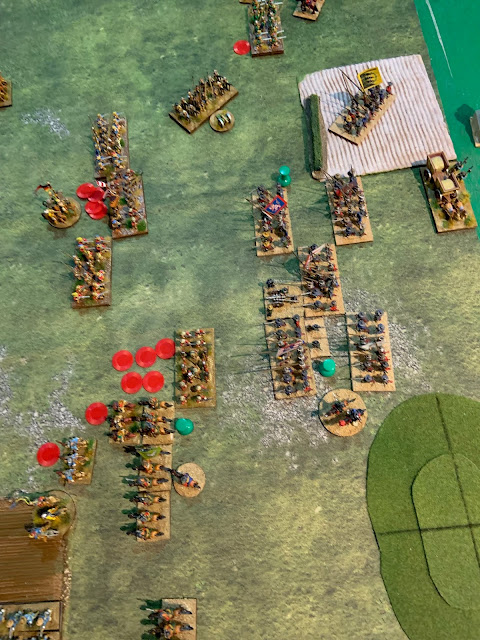 The German reiters beat the Swedish mounted and advance to take the guns.  Some very desperate close range fire from the artillery slows the attack. 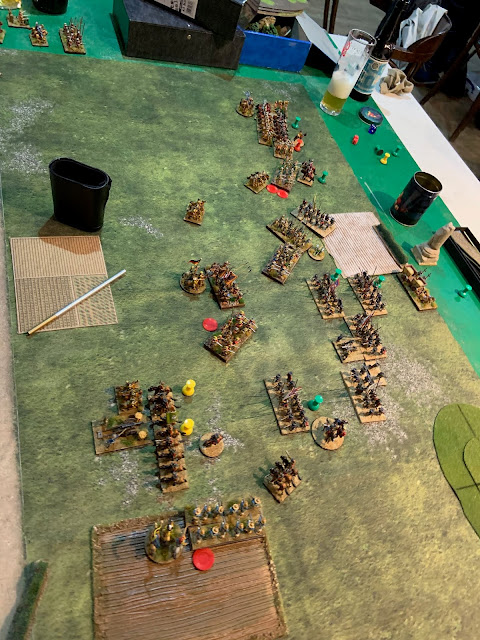 The Swedish mounted finally broke thru the German mounted wing and started to roll up the German flanks.

Posted by the.urban.bunny at 09:58 No comments: