Well, that was a learning experience. I debued my Early Burgundian army this weekend and got beaten very decisively.

Alex Ingles, Central Asian City States, 10 - 0
Geoff, Early Parthians, 3 - 7, My C in C command got broken as I got a little excited and let him shoot up my mounted bow.
Jeff Frost, Early Hewbrew, 10 - 0, I got cracked big time
Andrew Berkin, some late Bizantine army 9 - 1.

The Bunny
Posted by the.urban.bunny at 23:24 No comments:

The Communal Italians have sold! Hope the new owner has as much fun with them as I did.

Slim
Posted by the.urban.bunny at 23:23 No comments: 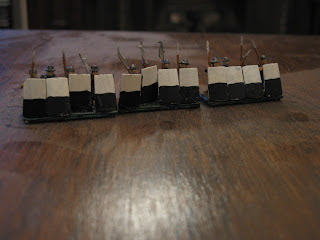 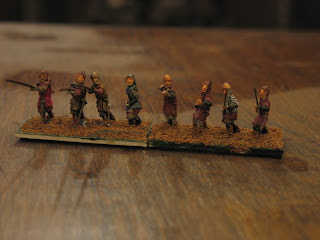 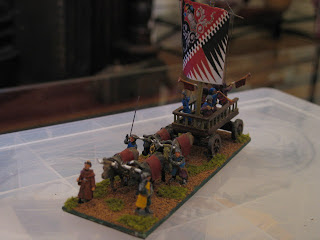 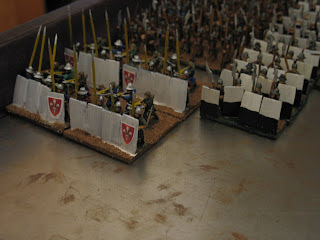 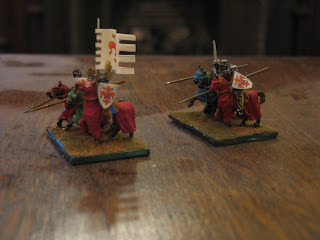 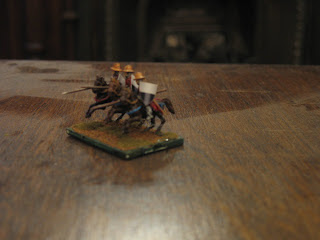 Here is another 15mm DBM army for sale, my 15mm Communal Italian (Florentine) army. It's large enough to field approx 500 AP, has enough troops that you can field either spear or auxlia, knights, warwagon (I), warwagon (X), horde, psioli and bow X.

I'm based in Melbourne Australia and will be in Canberra in the new year for Cancon. If you are at Cancon, I can bring it up, or I can post it to you at cost.

The army is 90% Mirliton, only the Warwagon X are Museum. 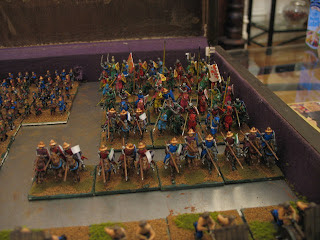 Posted by the.urban.bunny at 03:46 No comments: 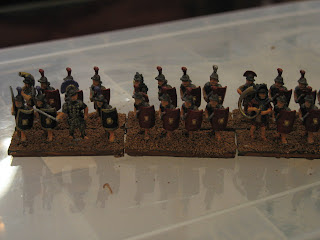 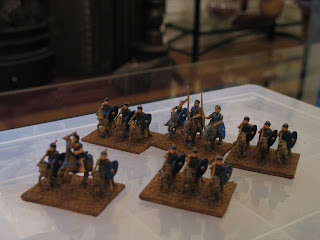 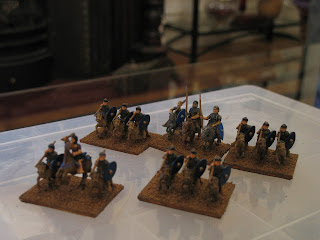 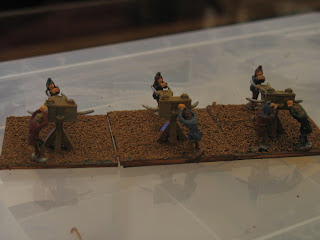 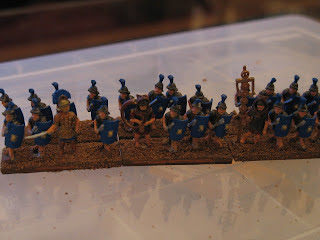 It's a sad time when you have to sell of some miniatures, but I'm at the point where I can't fit any more in my study, so time to sell of a few old armies so that I can buy some more.

This is my Early Imperial Roman 15mm DBM army (all Museum figures). It's big enough to field about 450AP, if you paint up the spares. This army allows you to field just about the maximum in all the troop with the exception of allies, it's a pure Roman Army.

Cost, AUD $290 plus postage. I'm based in Melbourne, Australia and will be up in Canberra in the new year for CANCON, so I can bring it up, or post it to you at cost. 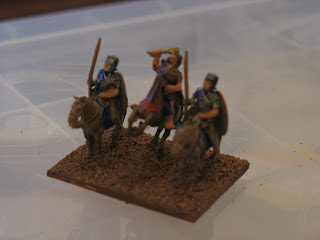 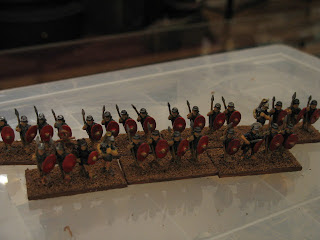 Posted by the.urban.bunny at 03:28 No comments:

Well, isn't this exciting, the Bunny has created a blog.
Posted by the.urban.bunny at 03:06 No comments: