Last ADLG-R game of the year. Sean wanted to bring out his newly based and painted later Tercios so it seemed approriate to bring out Gustavus and the Swedes. Gustavus won the initiative and invaded Germany. End result was a narrow win to the Swedes after the German centre collapsed. The Germans were not far from beating the Swedes, having broken thru the Swedish right flank and getting ready to charge the artillery and camp.
I tried using the Caracole mounted vs the German Pistol armed cav, it didn't go well. They spent most of their time running away and when pinned down in combat, lost spectacularily. 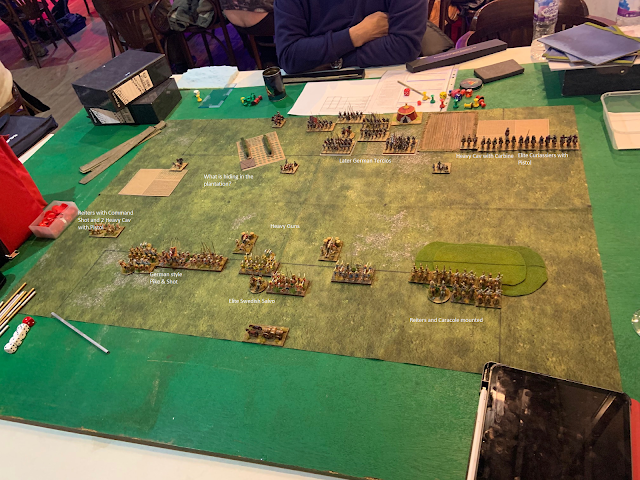 The Swedes advance under artillery fire 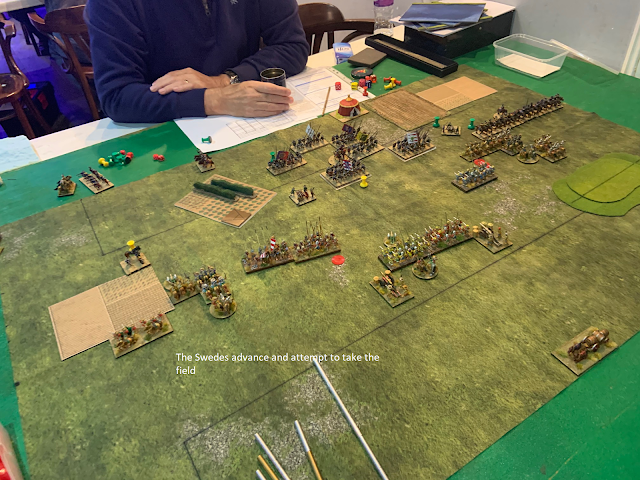 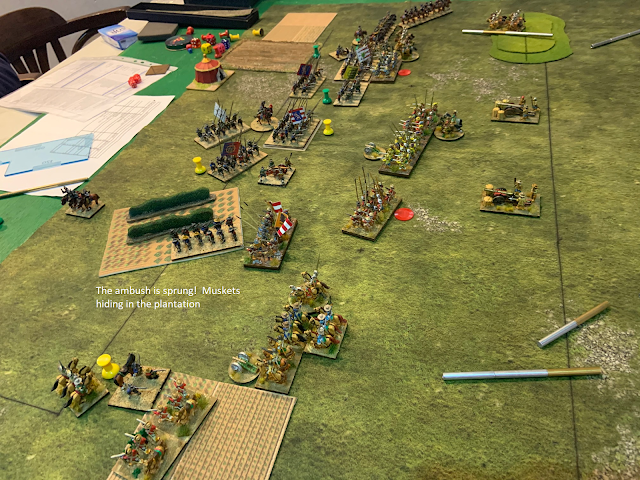 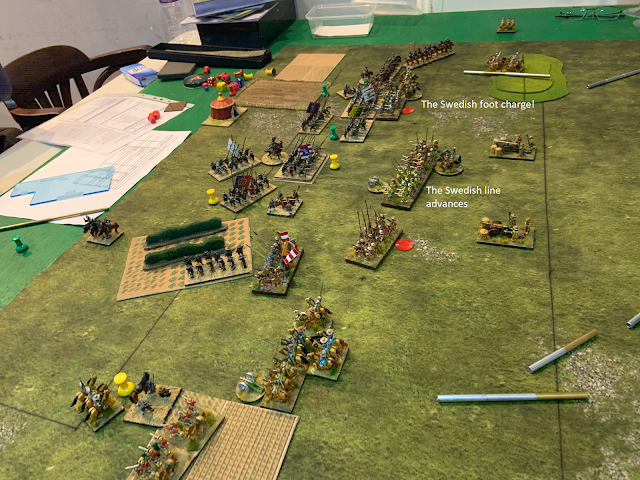 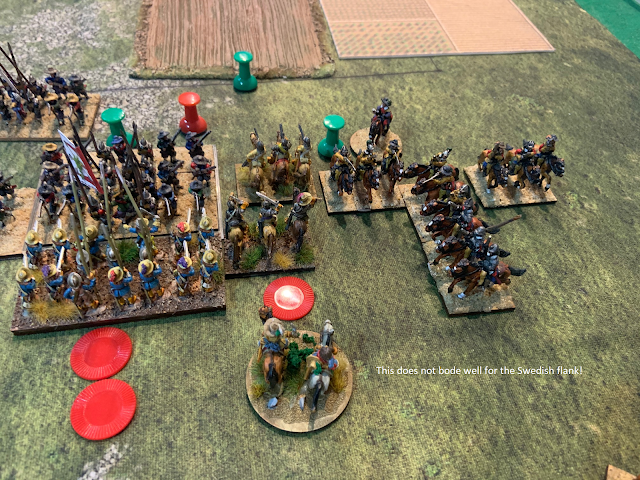 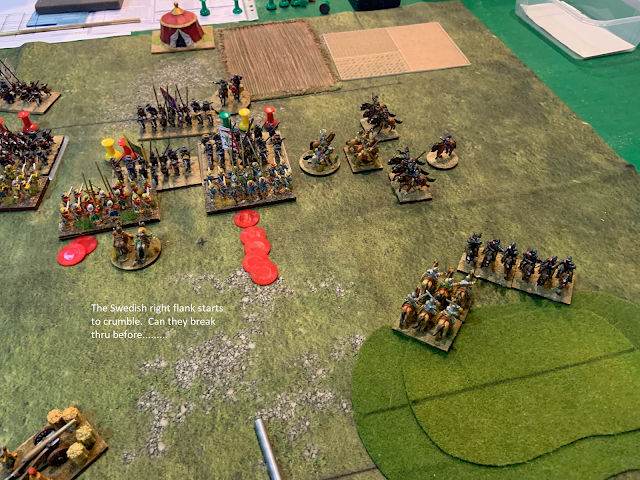 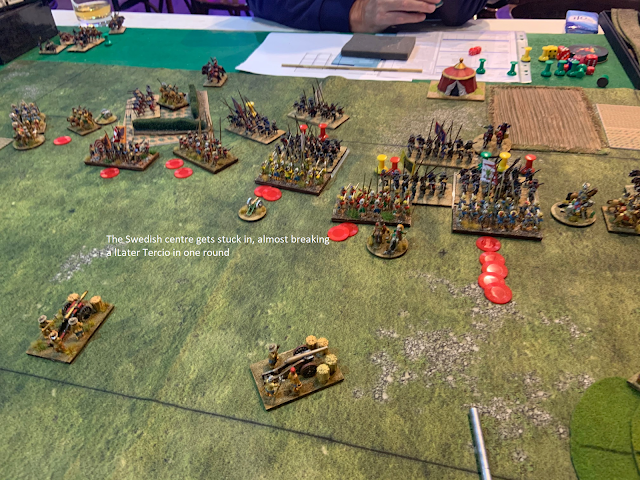 Break thru!
The Swedes break thru the German Later Tercios 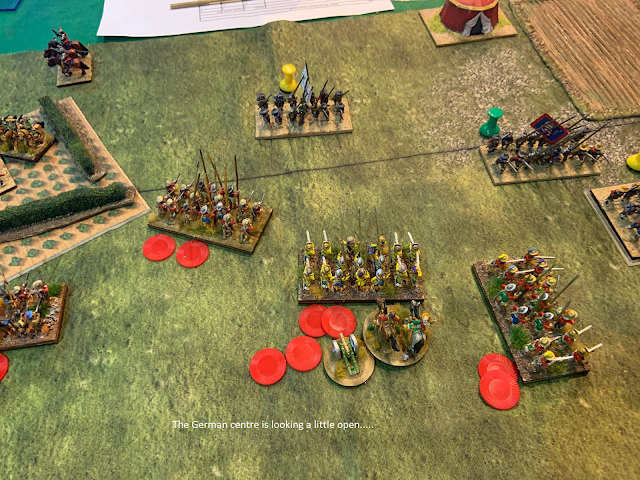 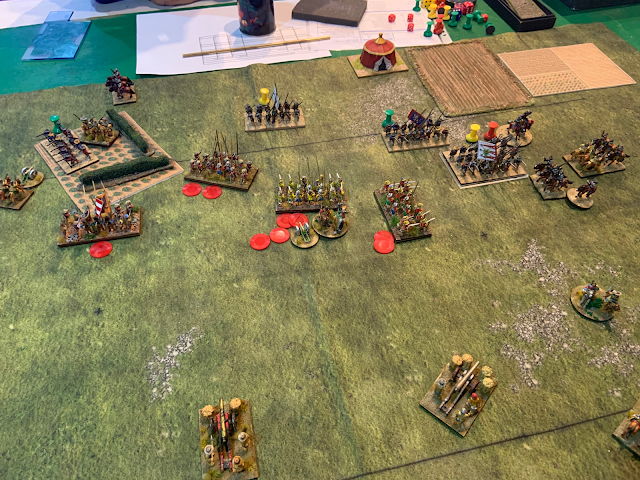 The Germans break shortly afterwards.
The Swedes were two points off breaking as well 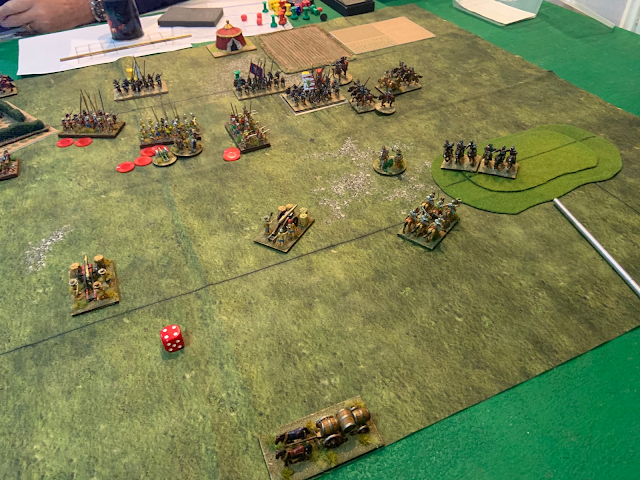 Posted by the.urban.bunny at 12:41 No comments: