Gruntz AAR - "Where did Everyone go?"

Tamsin and I finally got some 15mm Gruntz goodness onto the table.

I did a quick scenario called "Where did everyone Go?"

The basic premise of the scenario was all communications was lost with an outpost.  A platoon is sent in to investigate and extract "research" data before the UN investigation team arrived.

The UN were able to infiltrate a sniper team before the main force arrived.  Tamsin's force deployed randomly and moved on, with the objective of getting to the walker, spend a complete turn getting the information and getting off the table in 8 turns.


Turn 1. UNSC sniper team hiding on the hill.  The objective is the crashed walker on the street in the centre of the town. 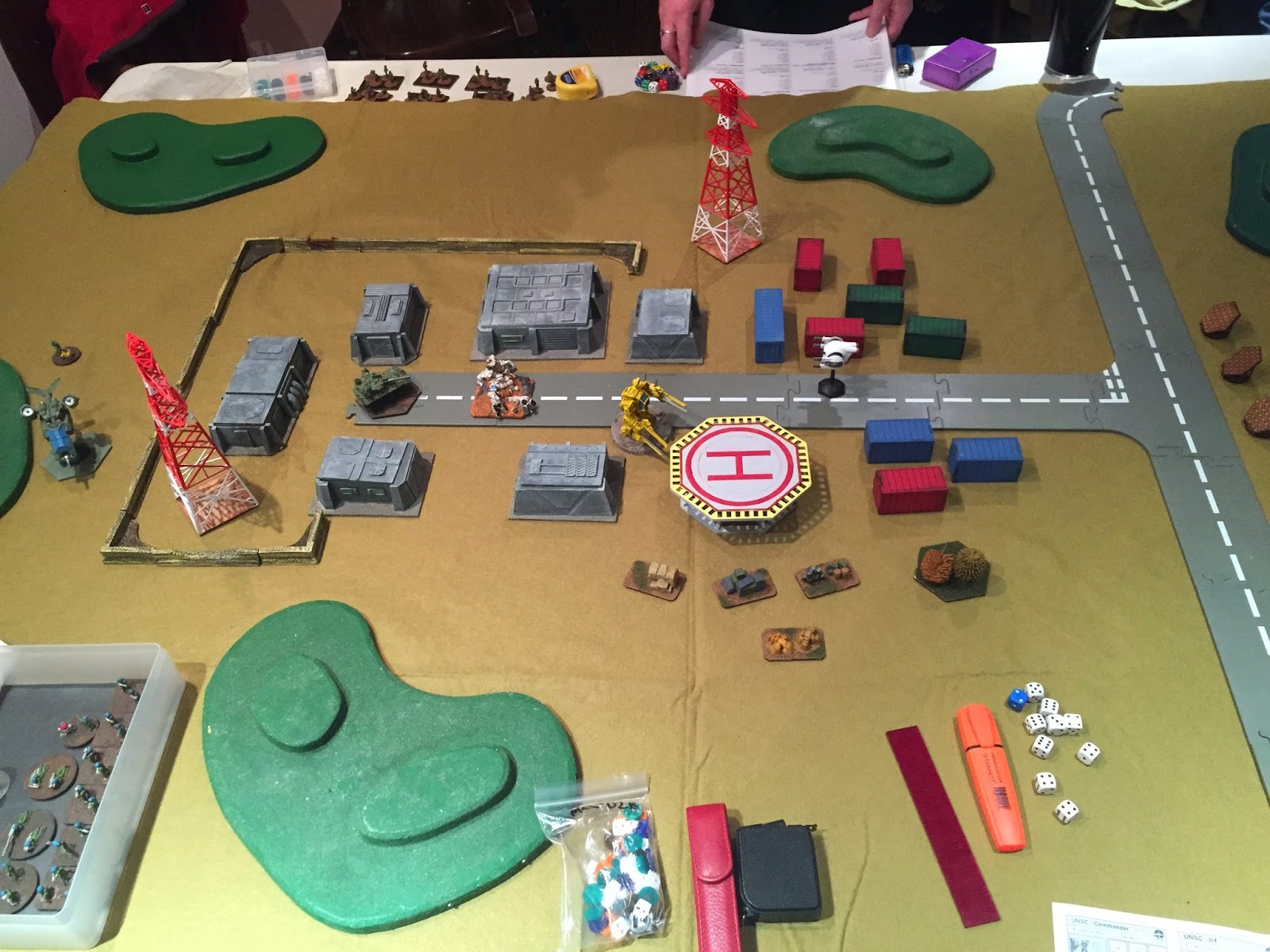 A look down main street.  Notice the walker and drone, wonder where their design influence came from 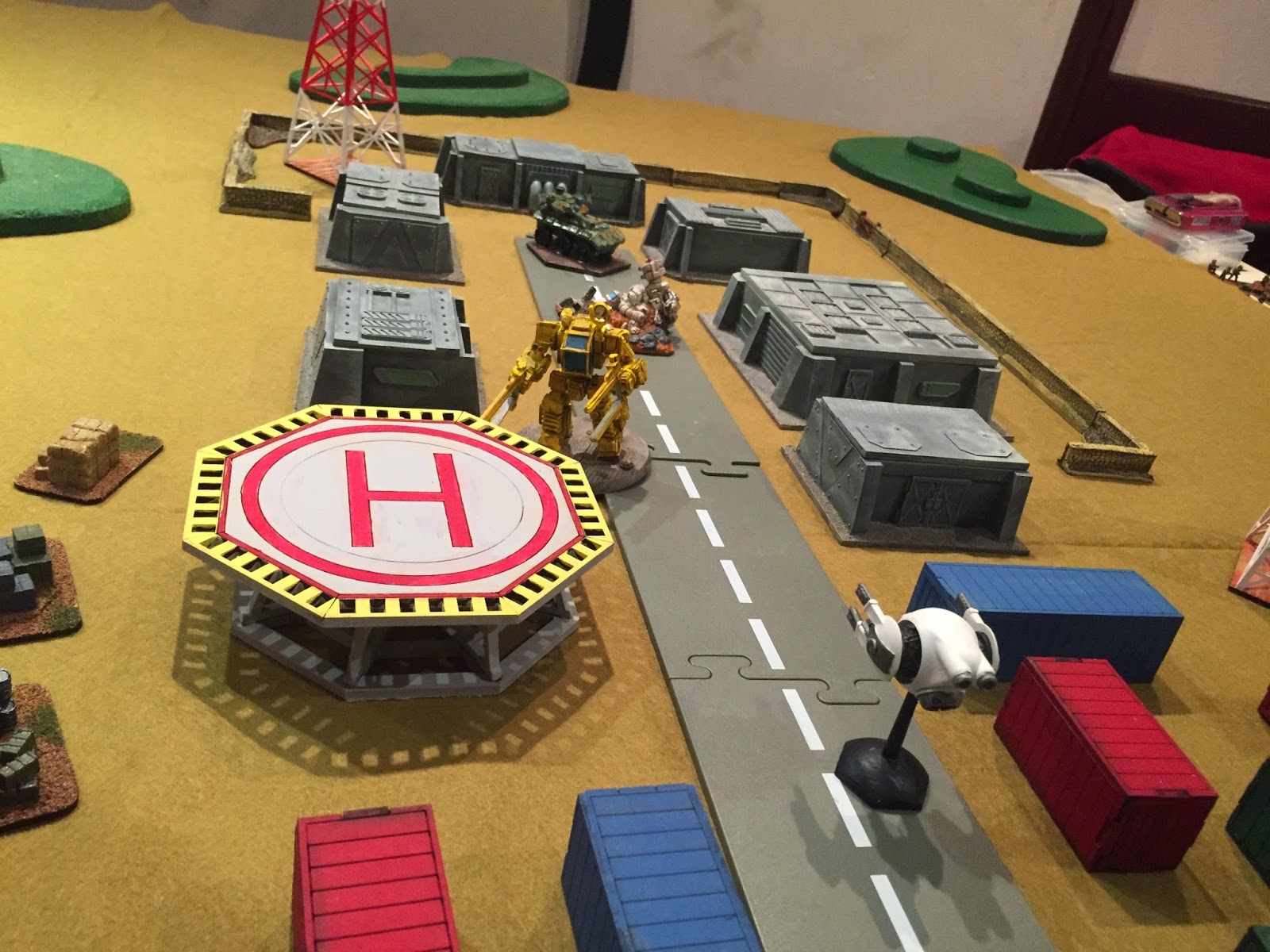 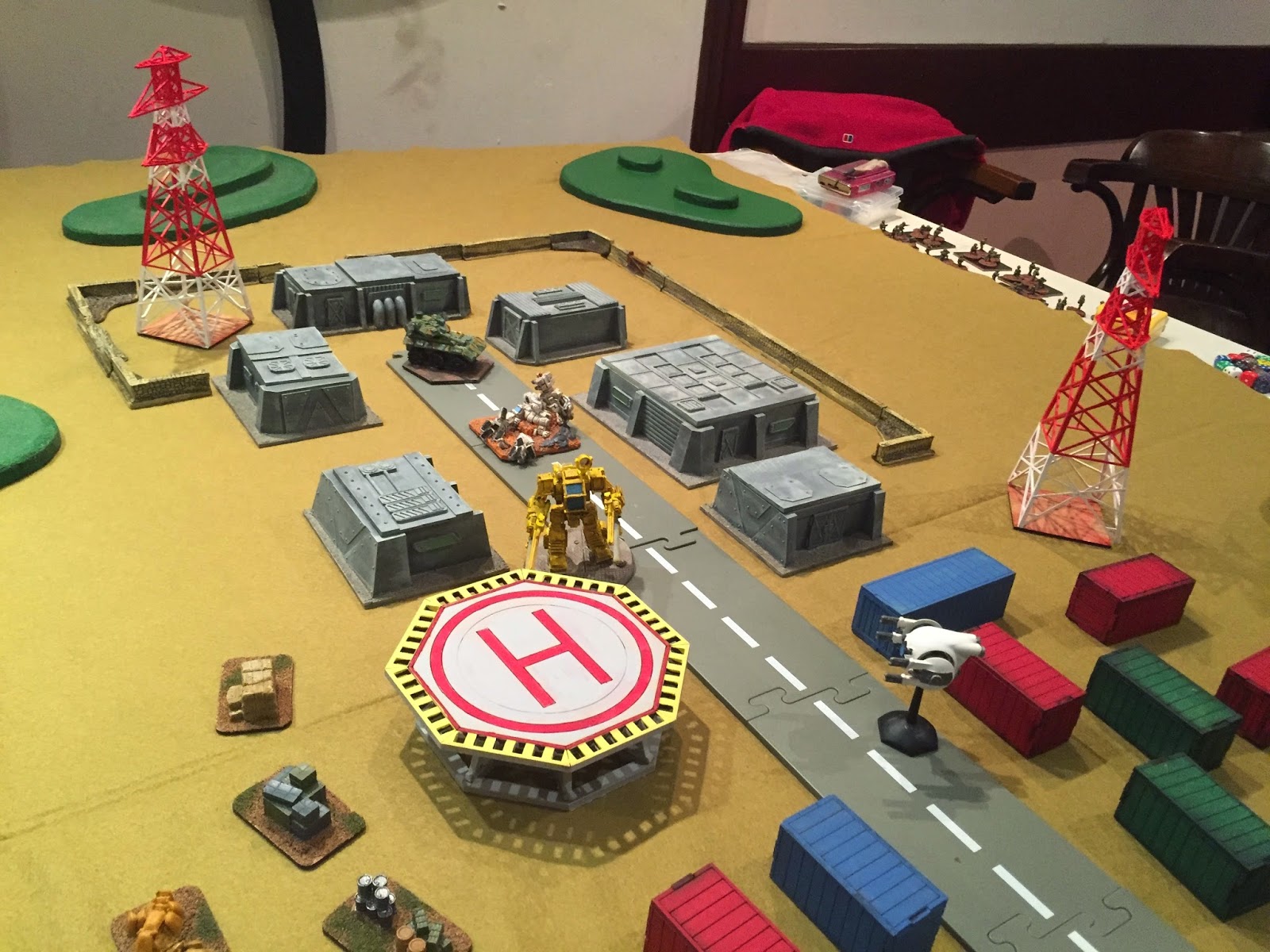 Tamsin's force arrives in turn 1.  A platoon of NAC inf, no mech or vehicle support.  A VTOL "visiting" for the photo shoot 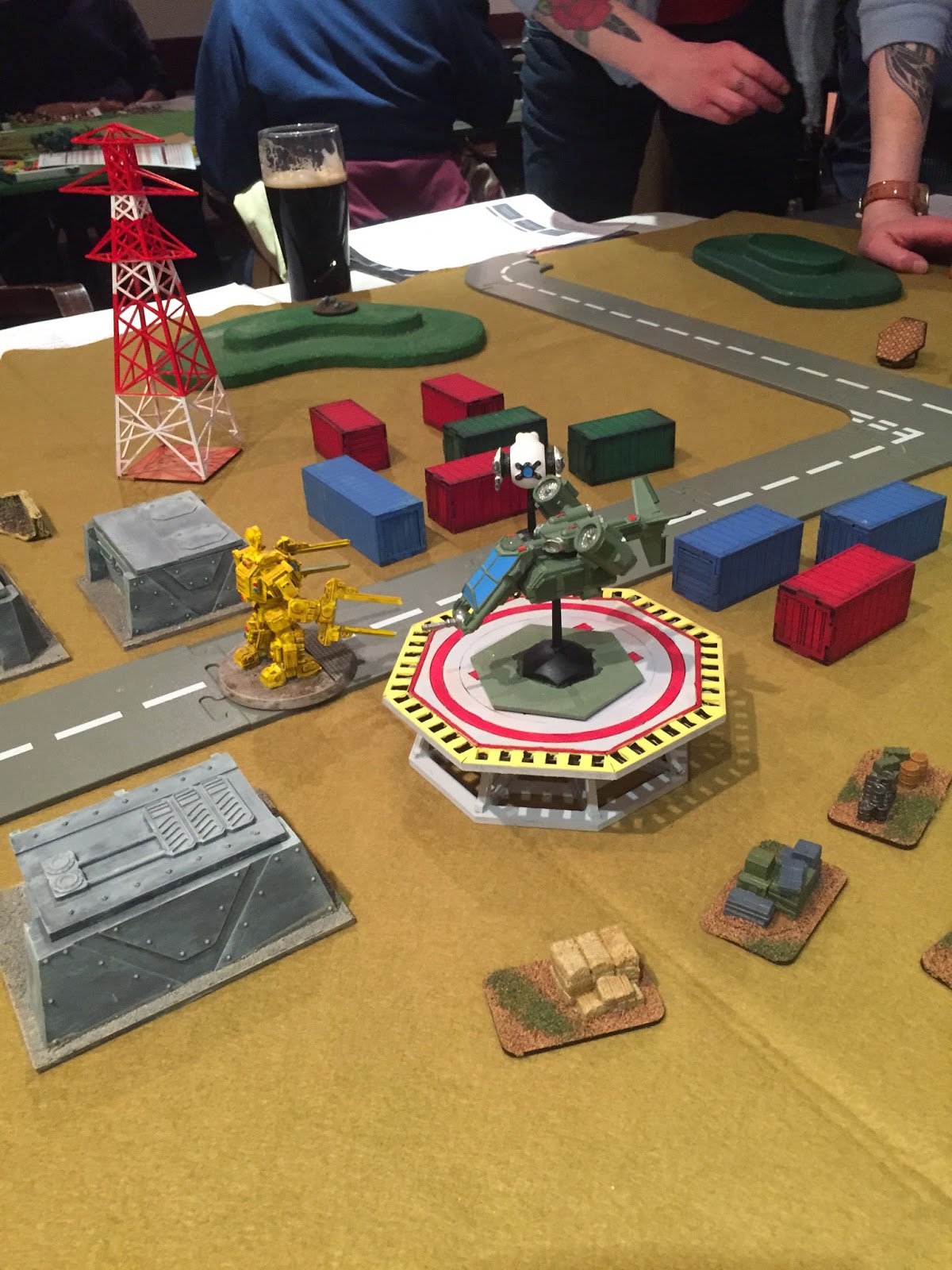 The NAC advance down main street, the UNSC sniper engages 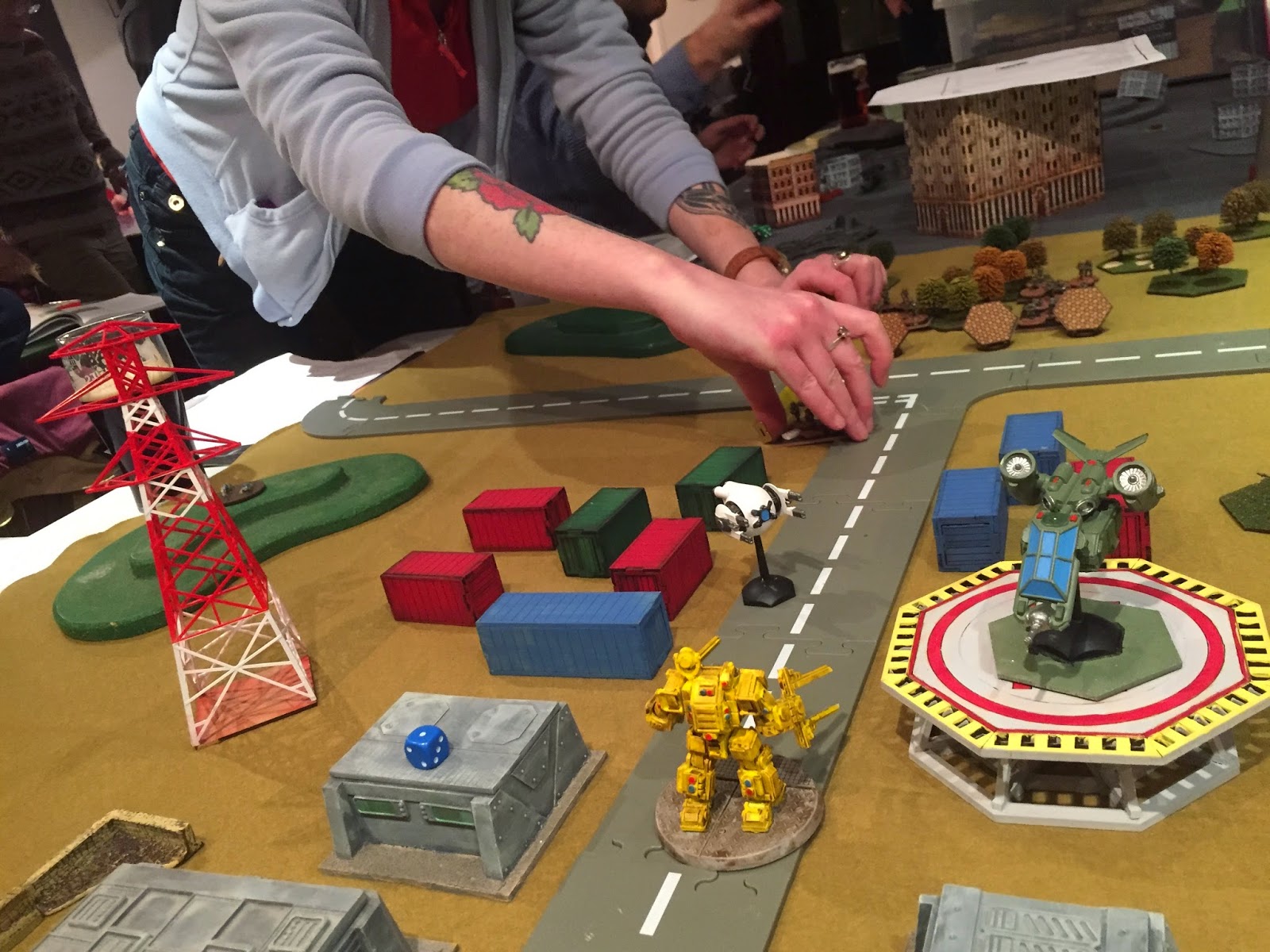 The NAC arrive at their objective having dealt with the sniper 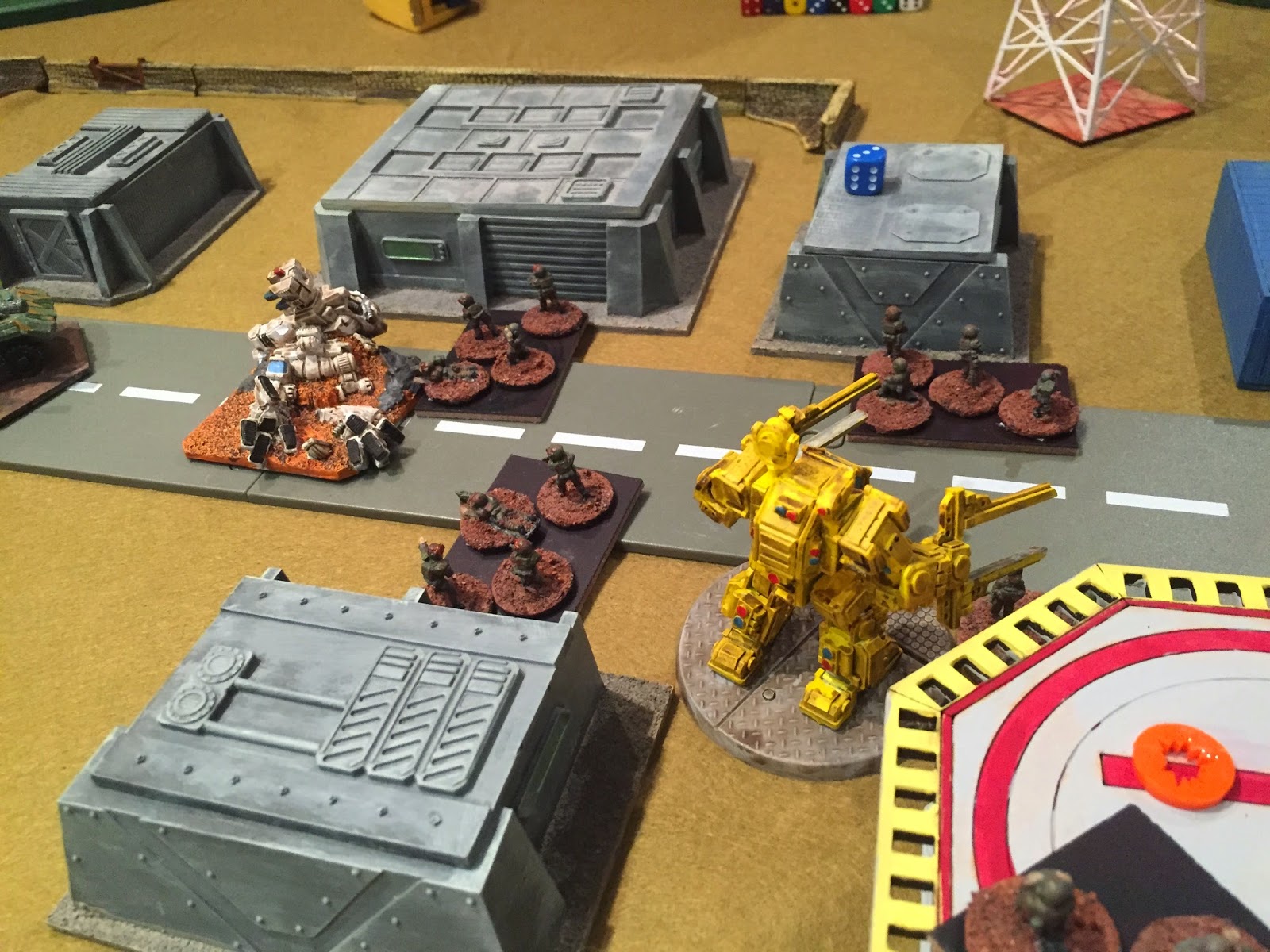 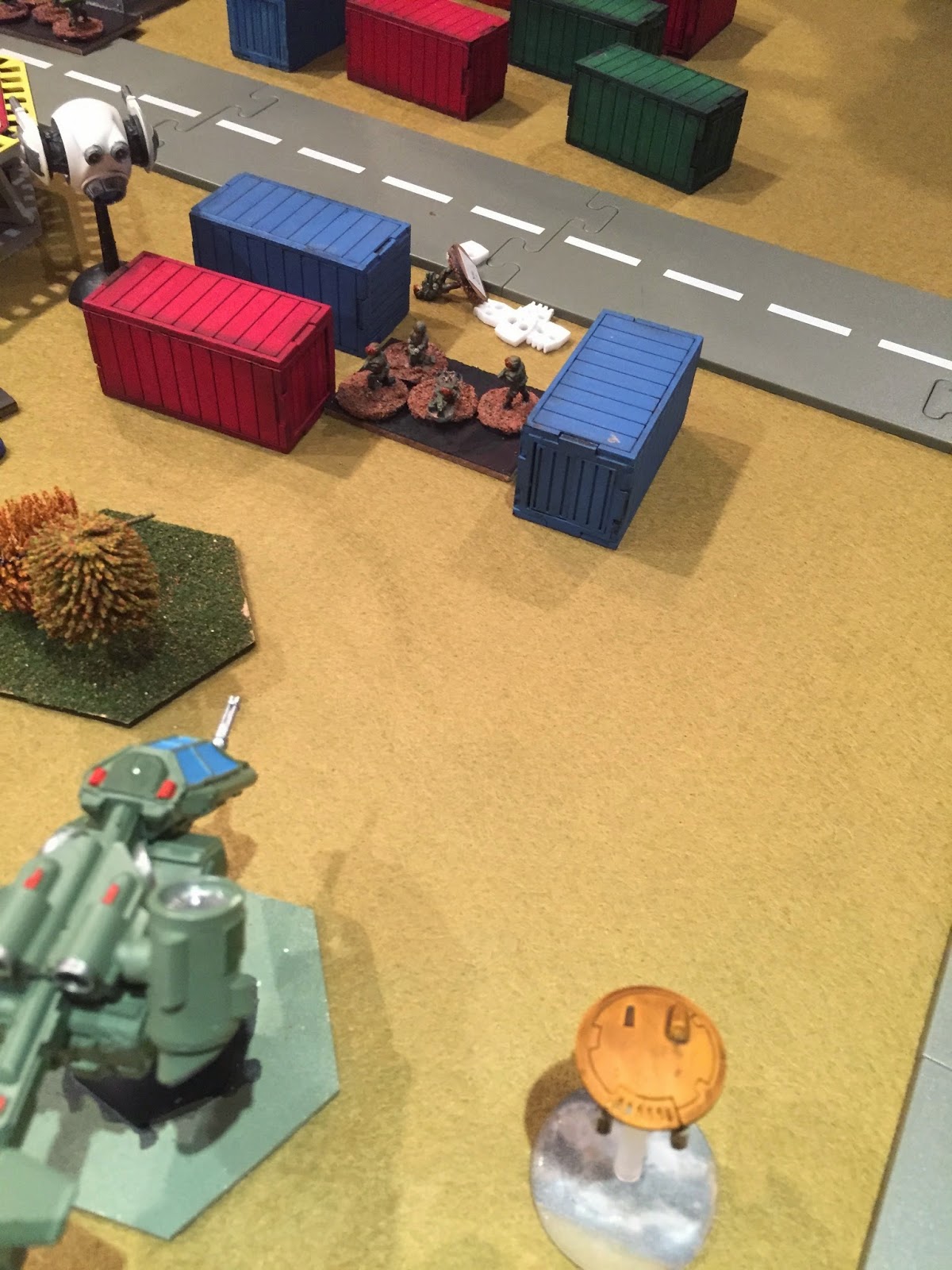 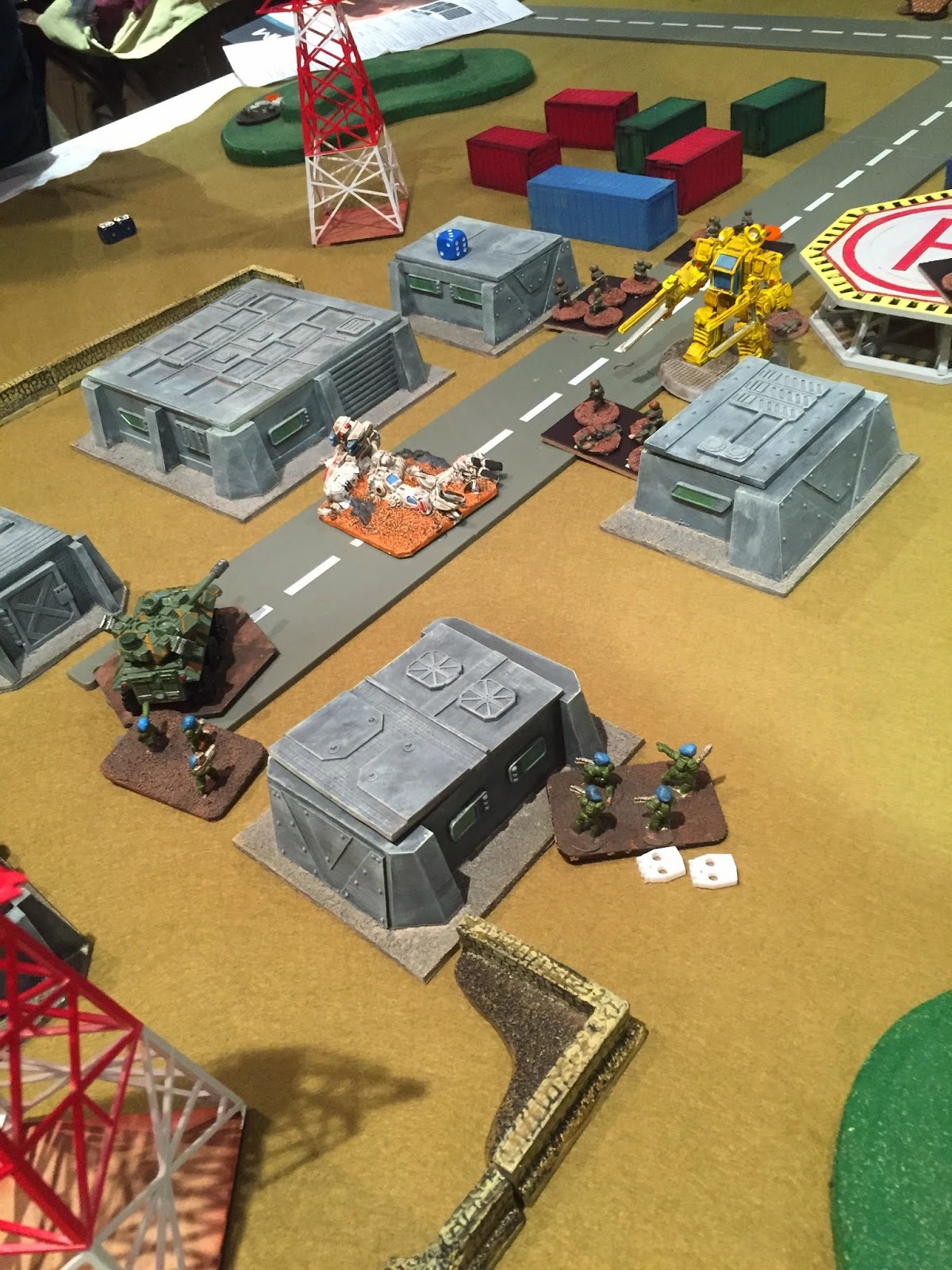 UN infantry decide that the hills are looking good and run for it! 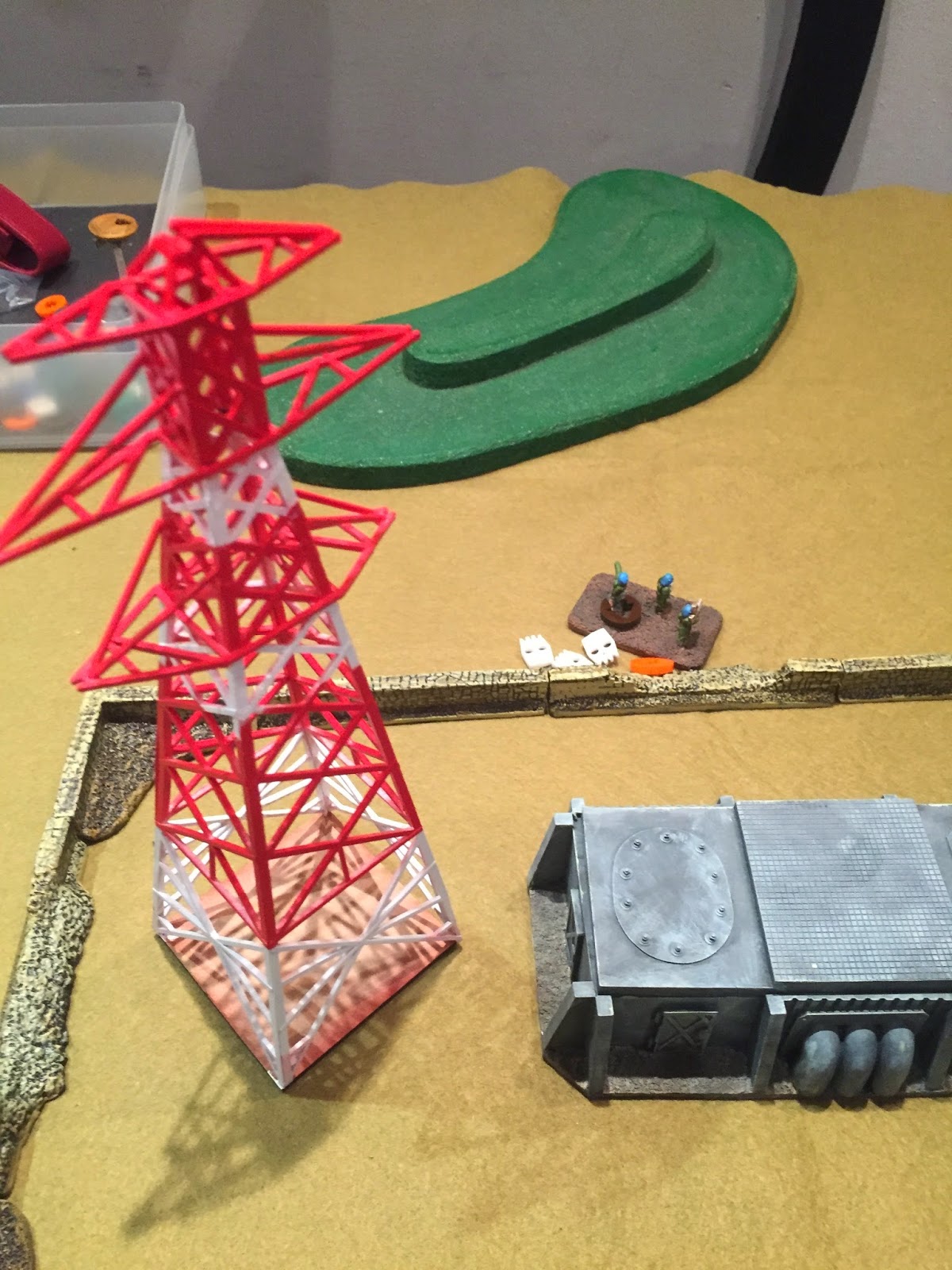 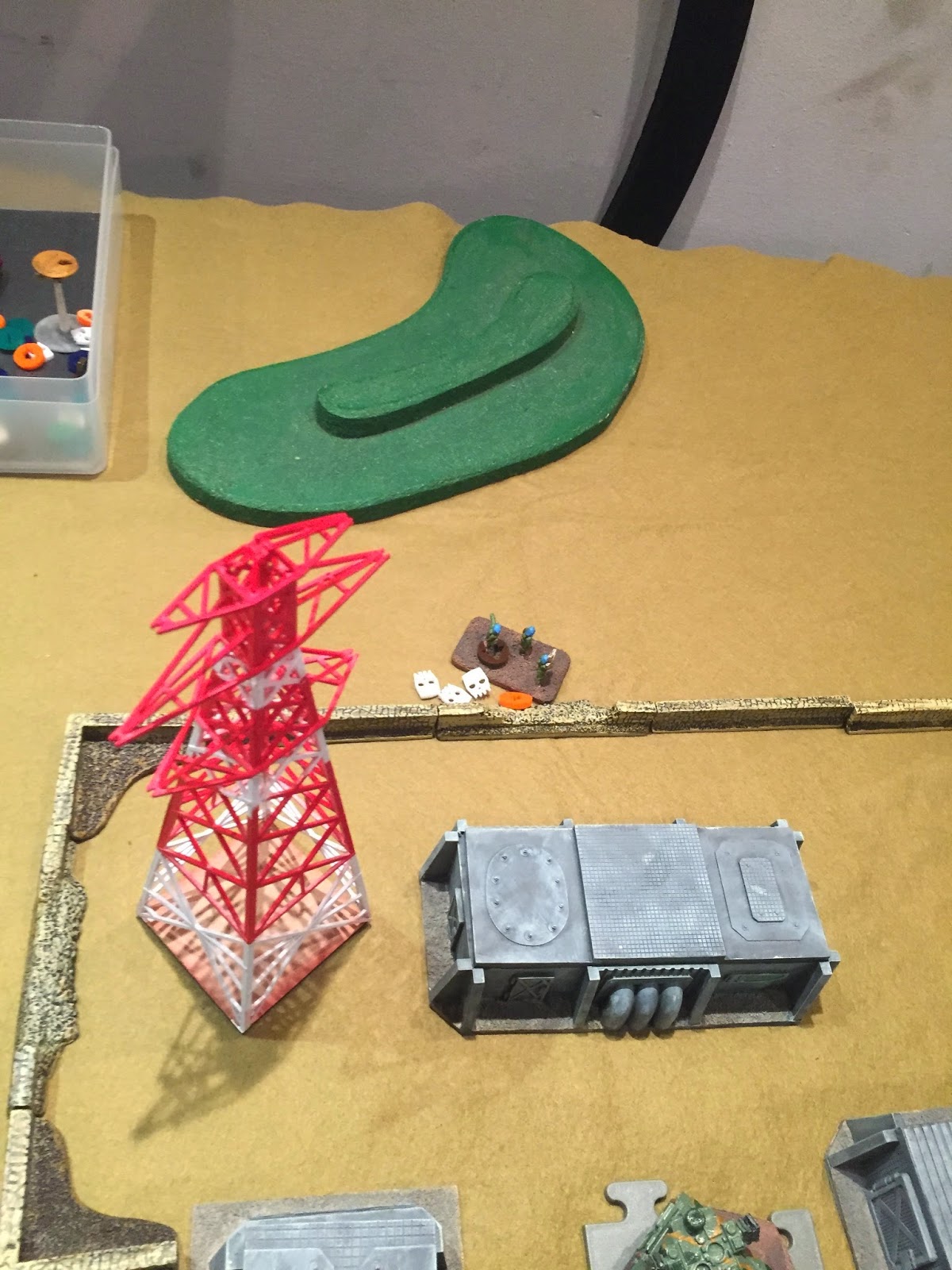 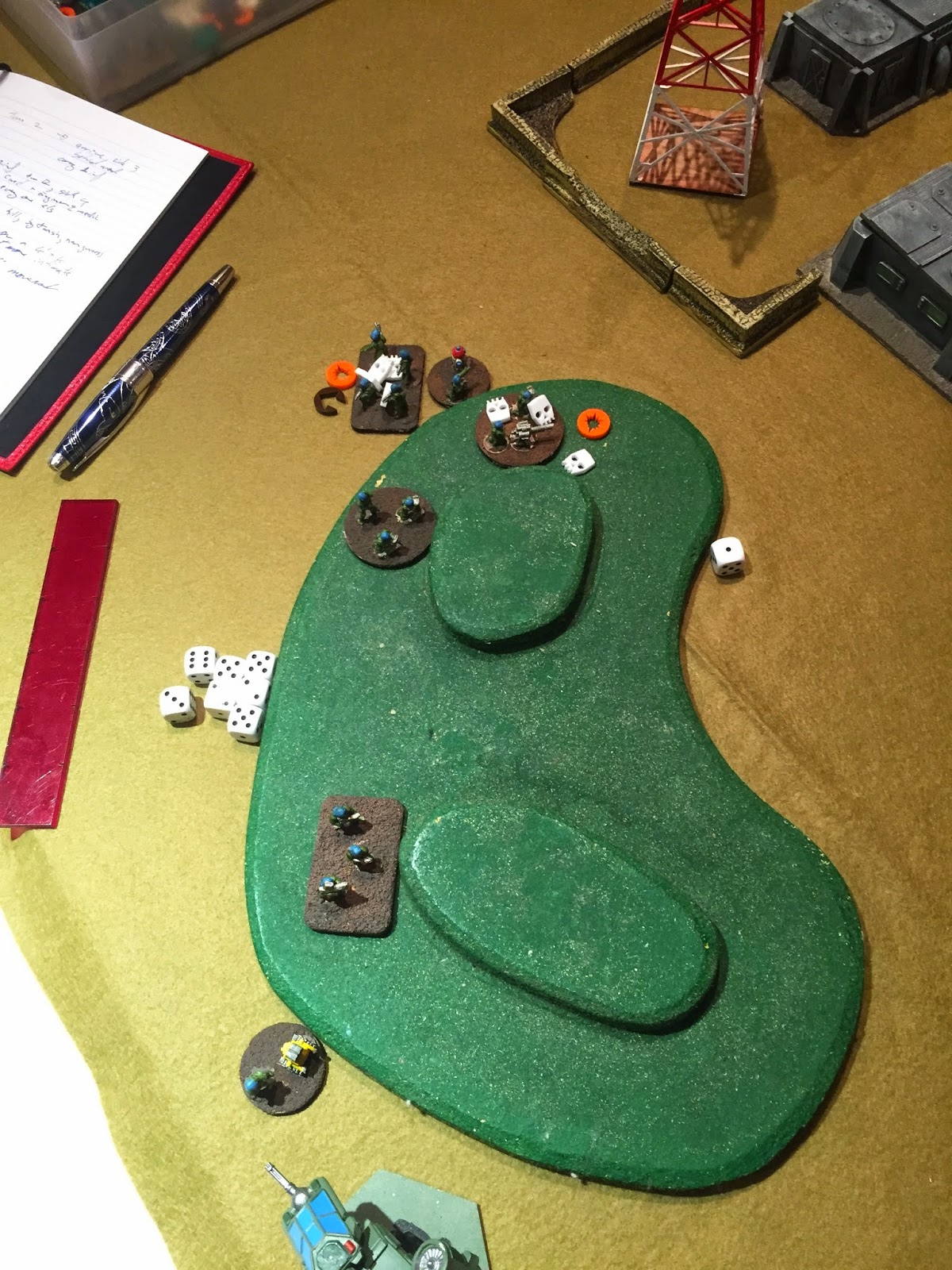 Need to get more games of Gruntz in.  The mechanics are solid and places very quickly.  We were playing most of the the game just using a 2 page cheat sheet and since our last game was six months ago,, thats not bad.

This is my 25mm FoGR 30Years War TBA to be painted

How the heck am I going to bring this to the club and play? 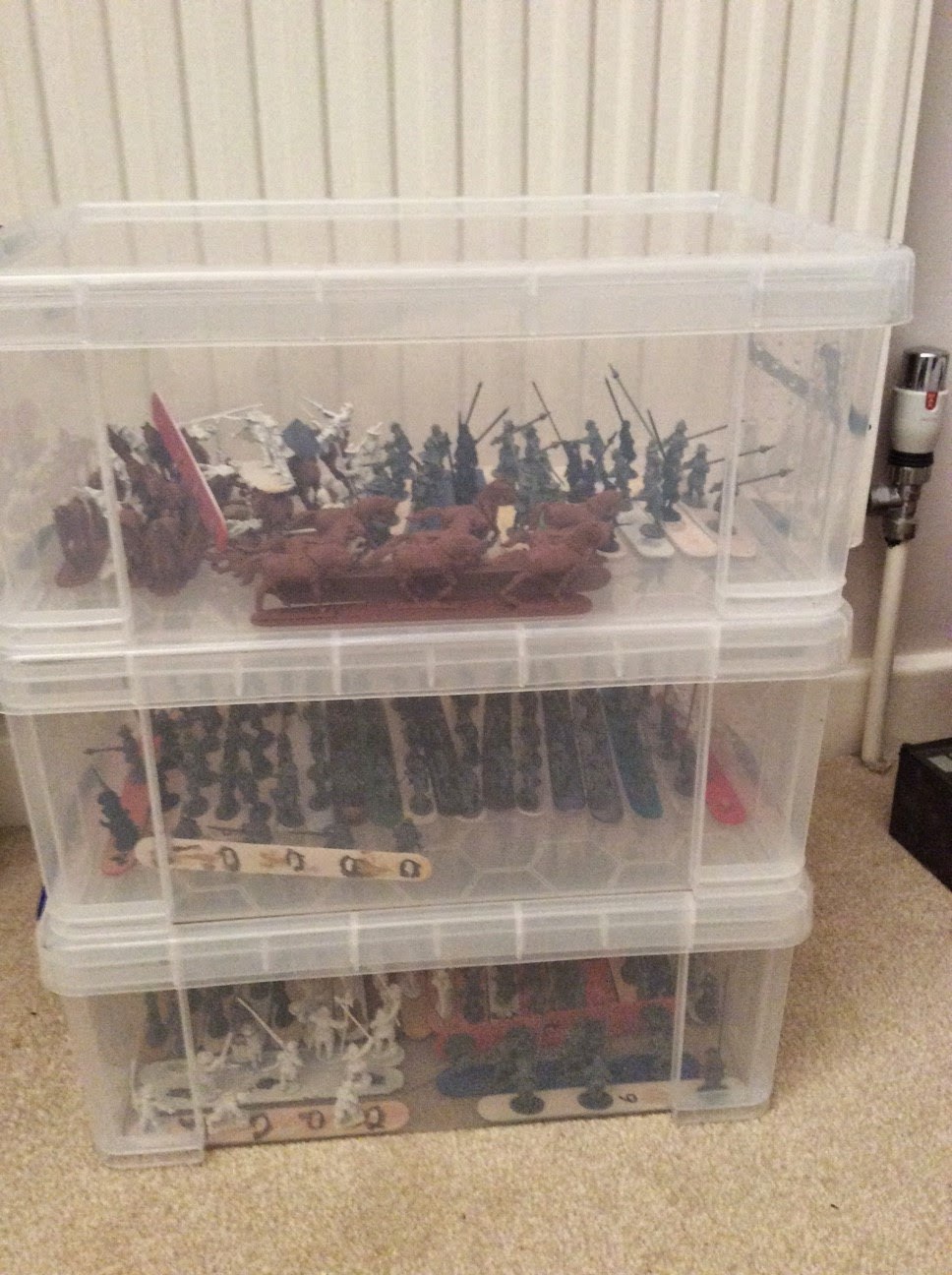 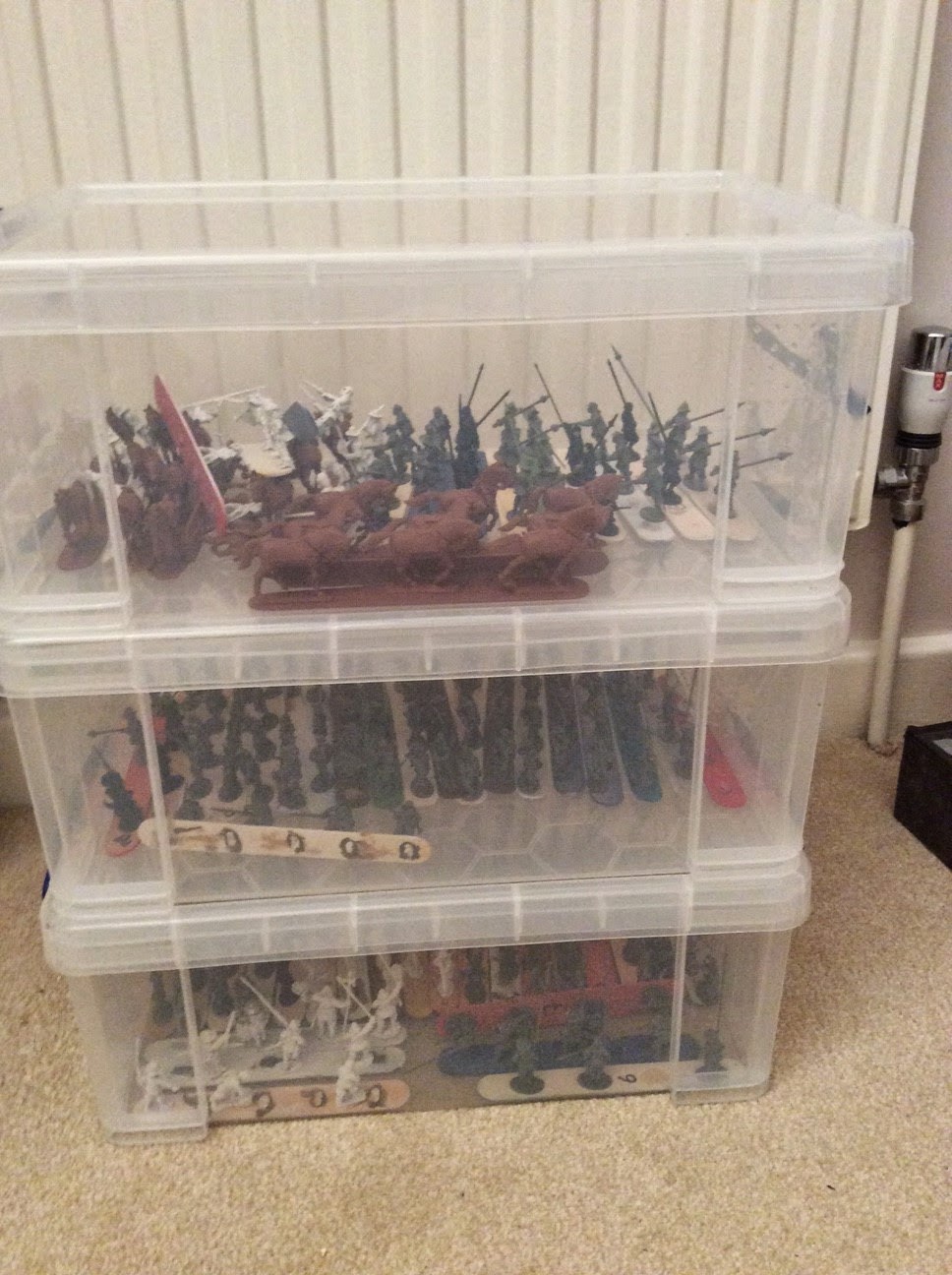 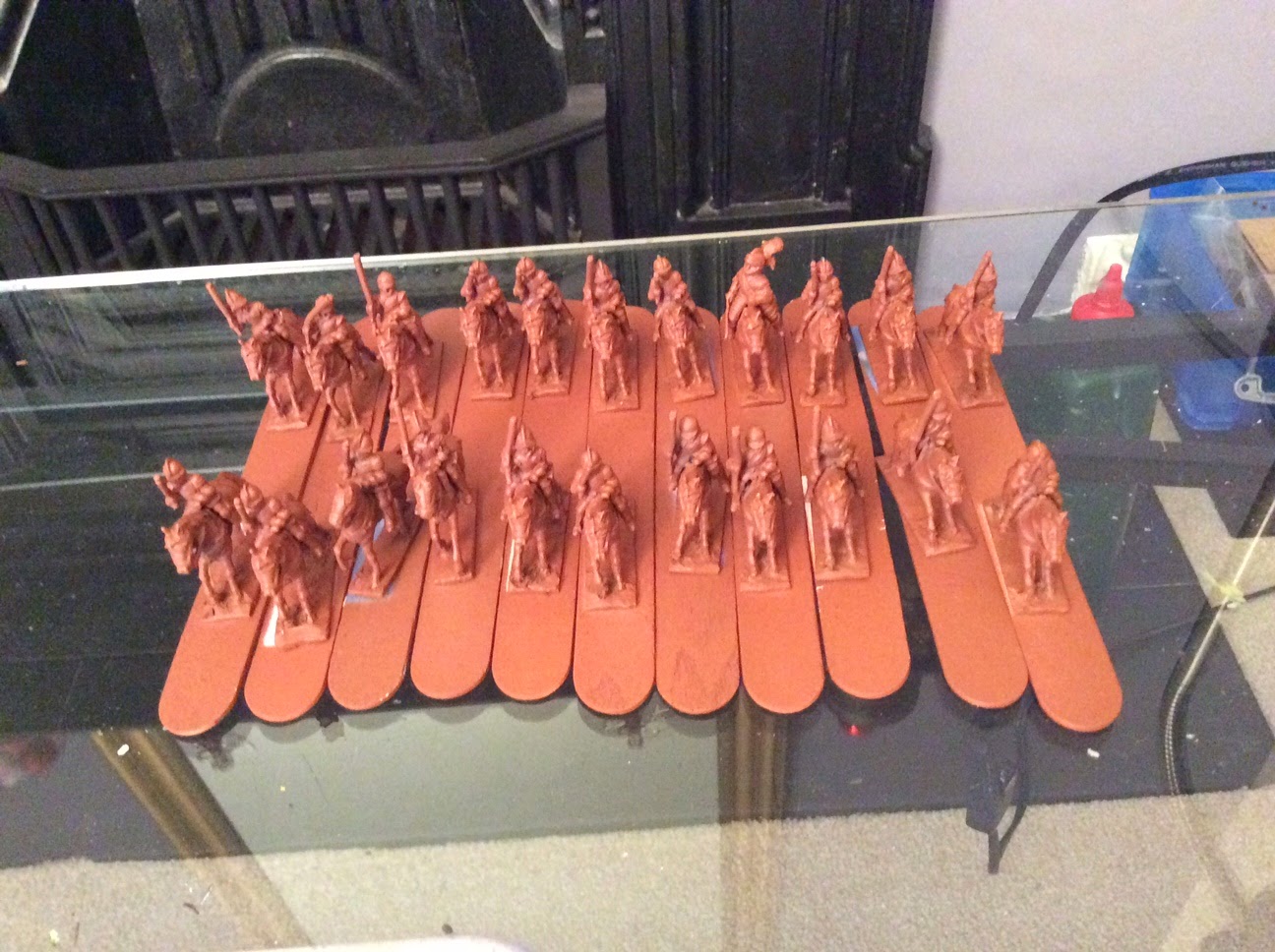 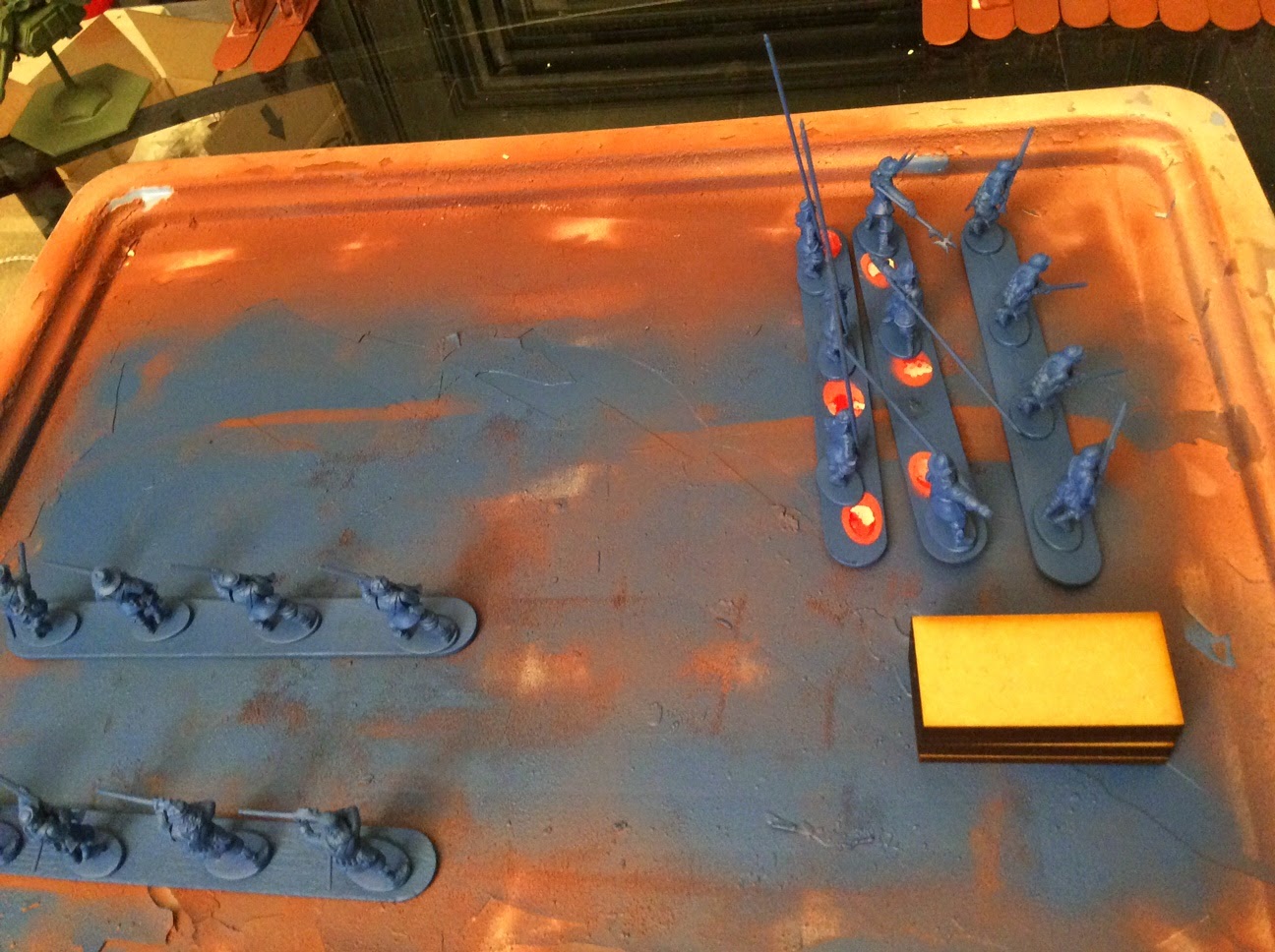 Got the VTOL and wheeled APC from GZG based coated. 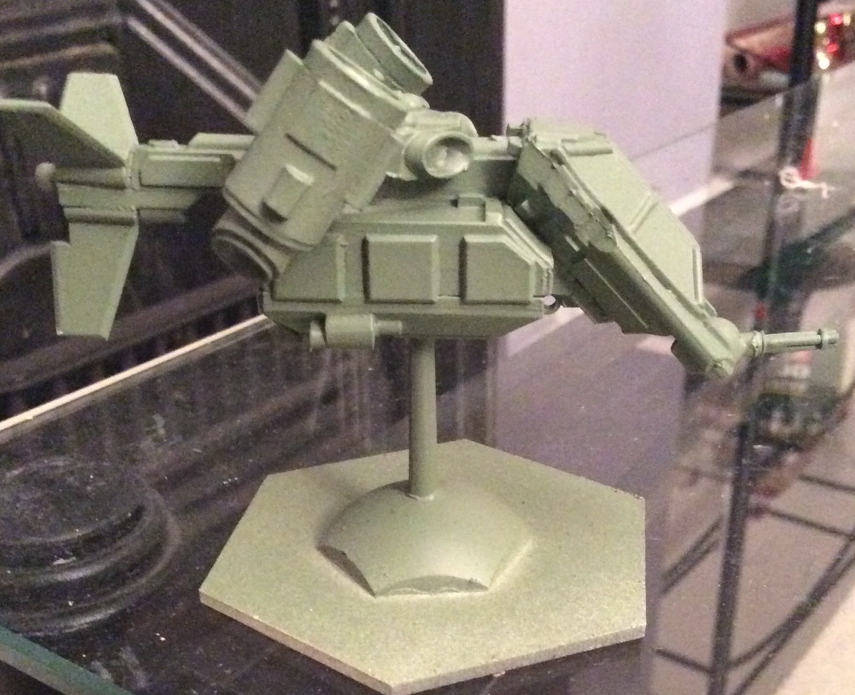 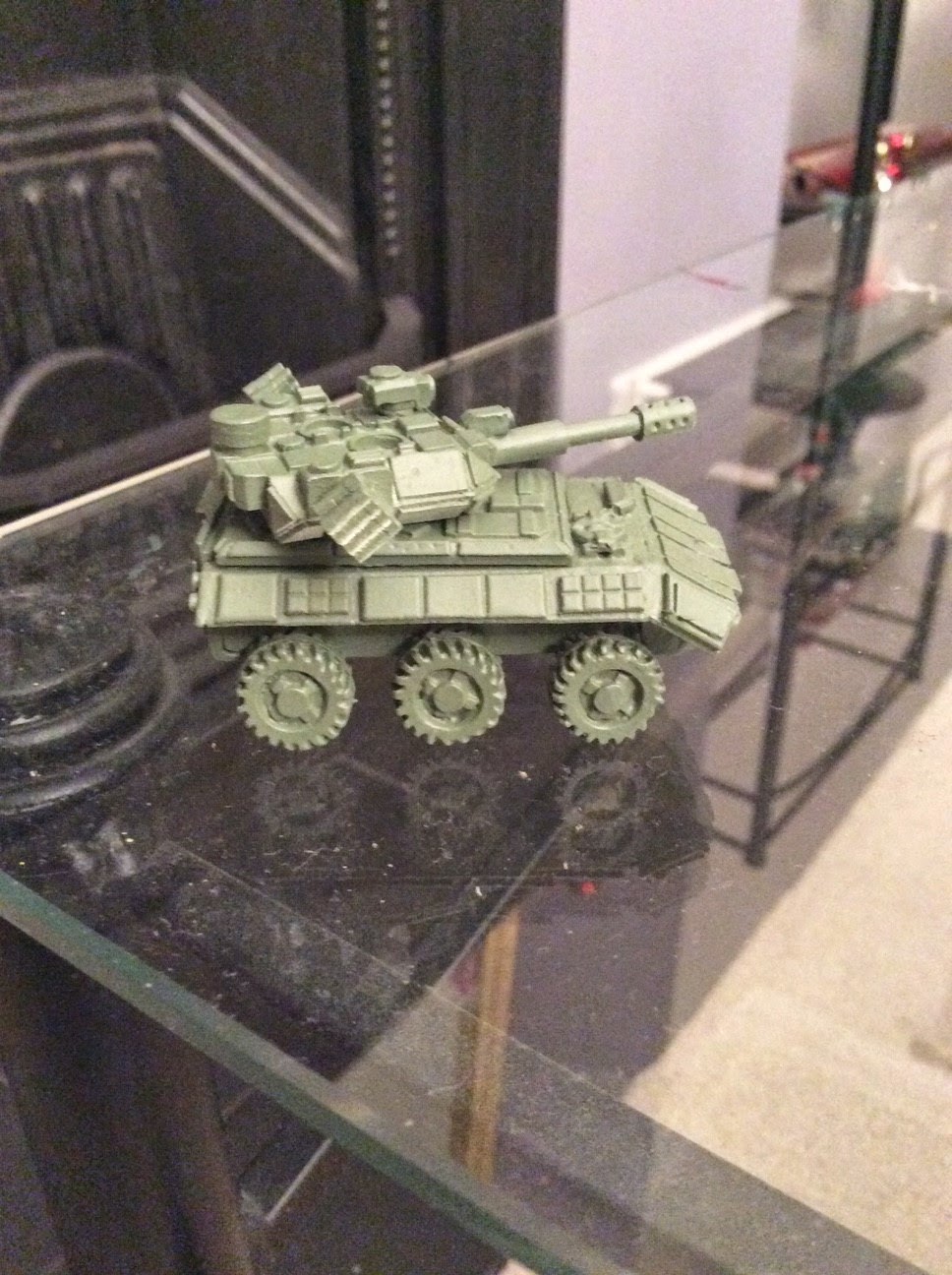 Posted by the.urban.bunny at 17:48 No comments:

The will was strong for about two minutes and then it gave in!

I bought a good amount of stuff at Warfare, here are a couple of things that I've started to work on 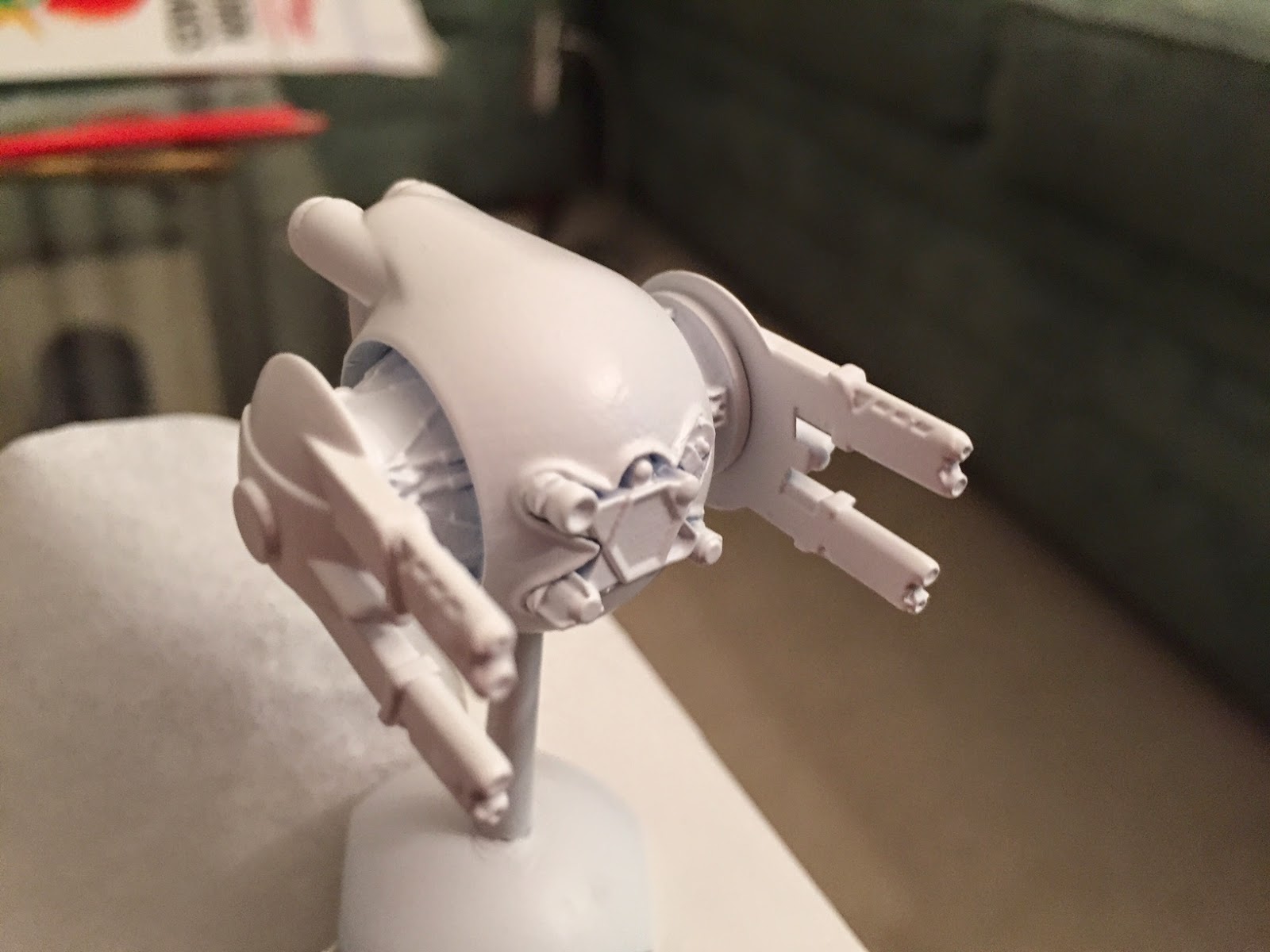 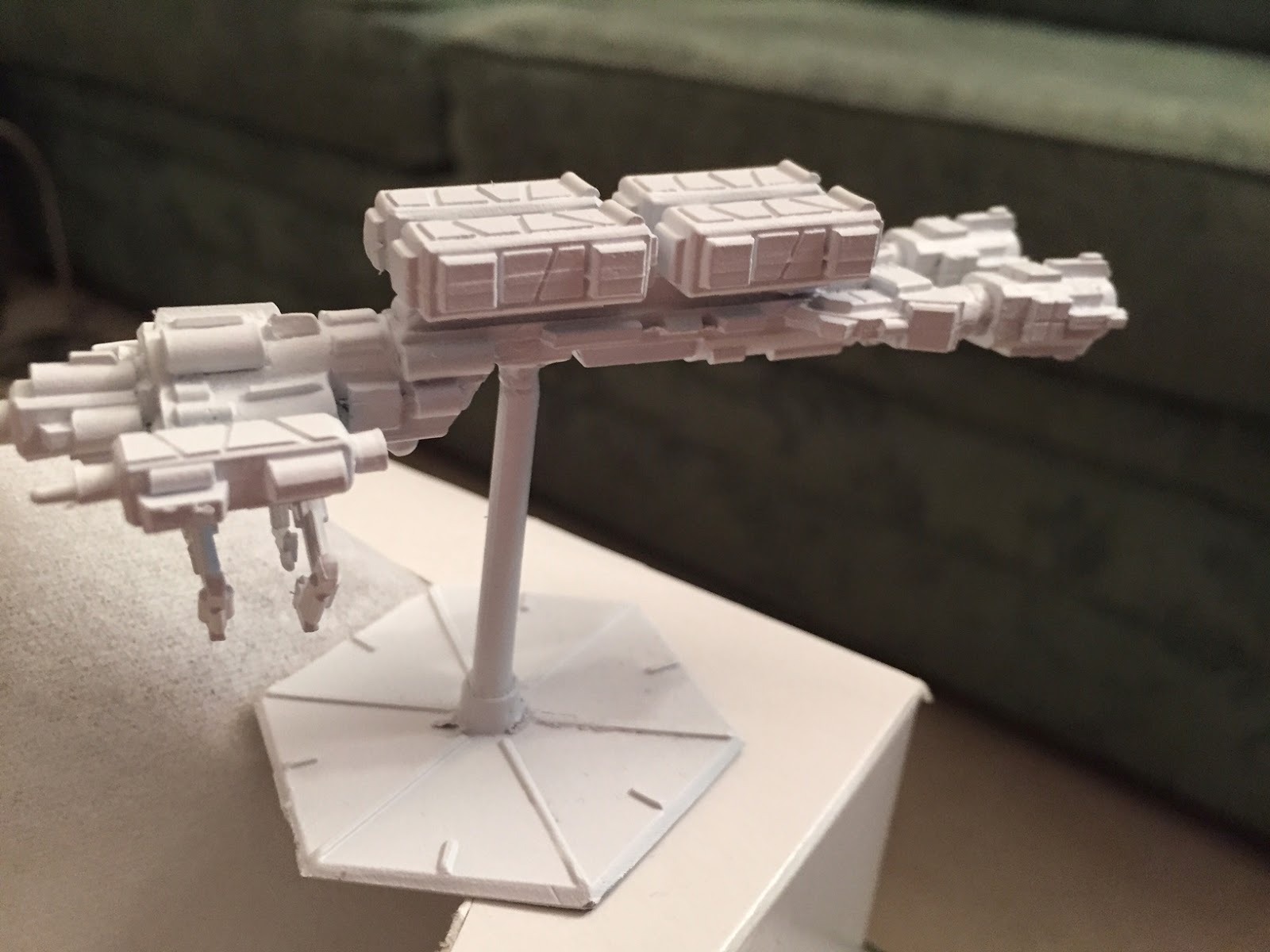 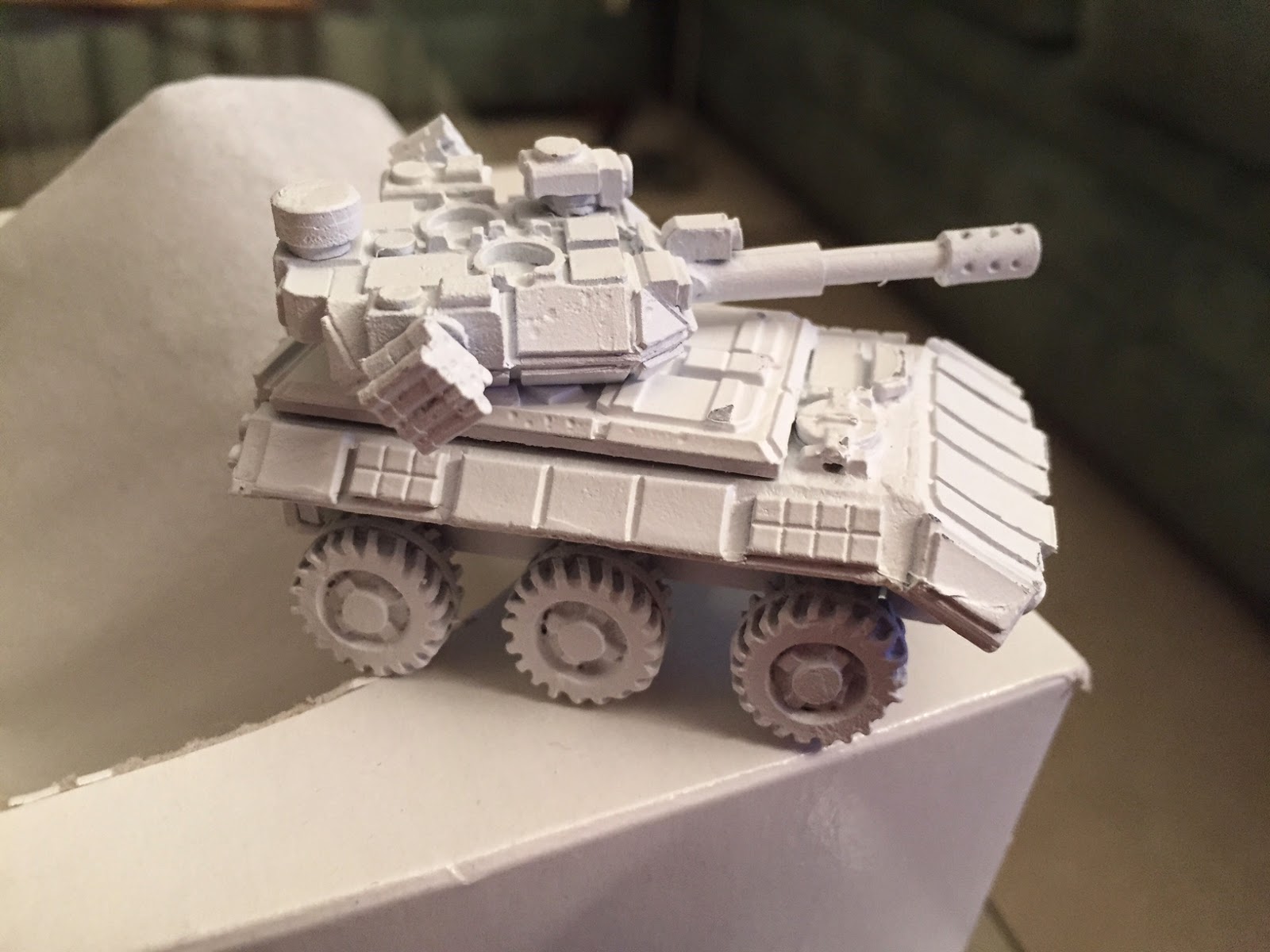 GZG NSL Troop Assault ship.  Time to do some campaigns with Full Thrust and Gruntz! 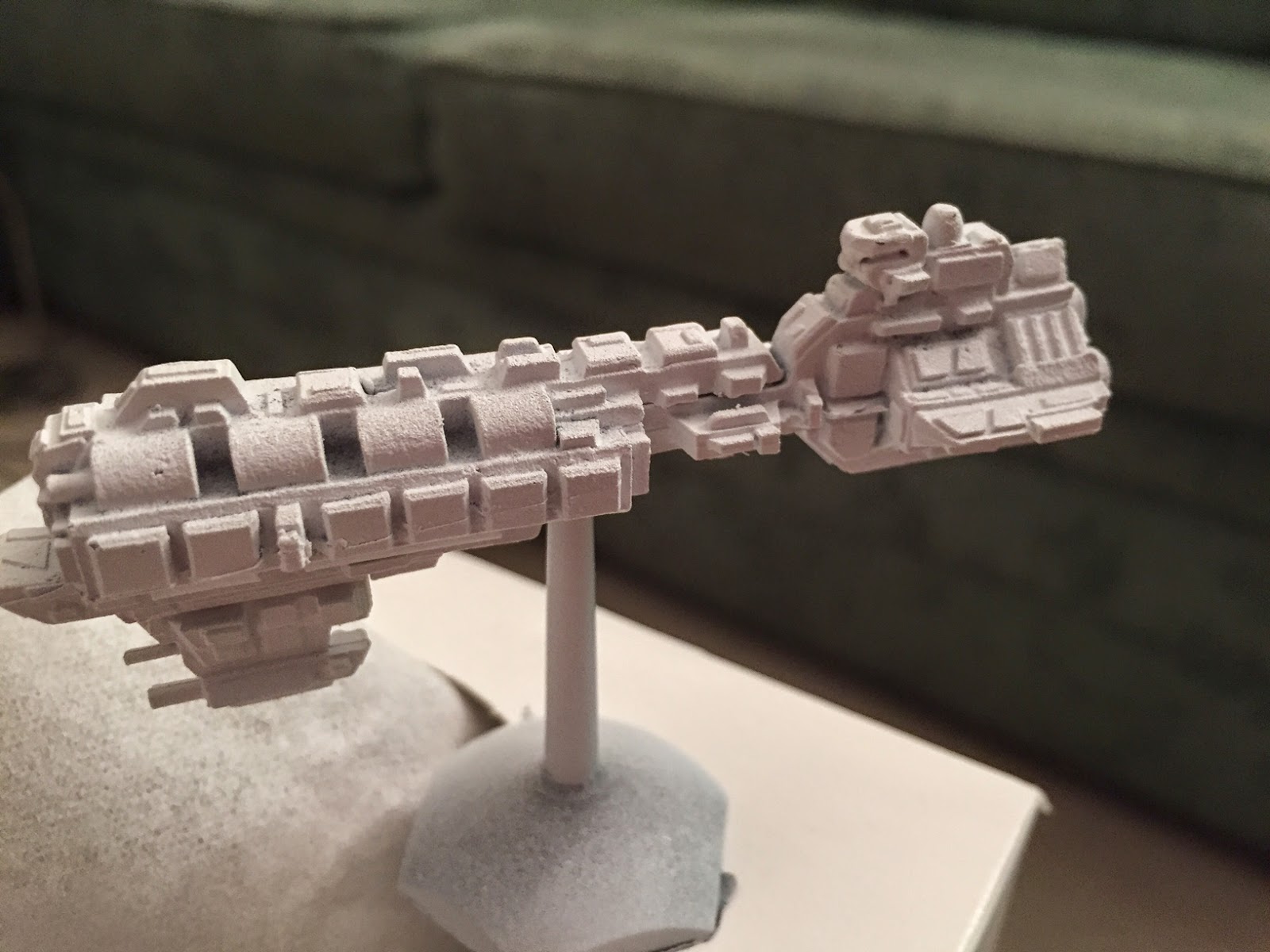 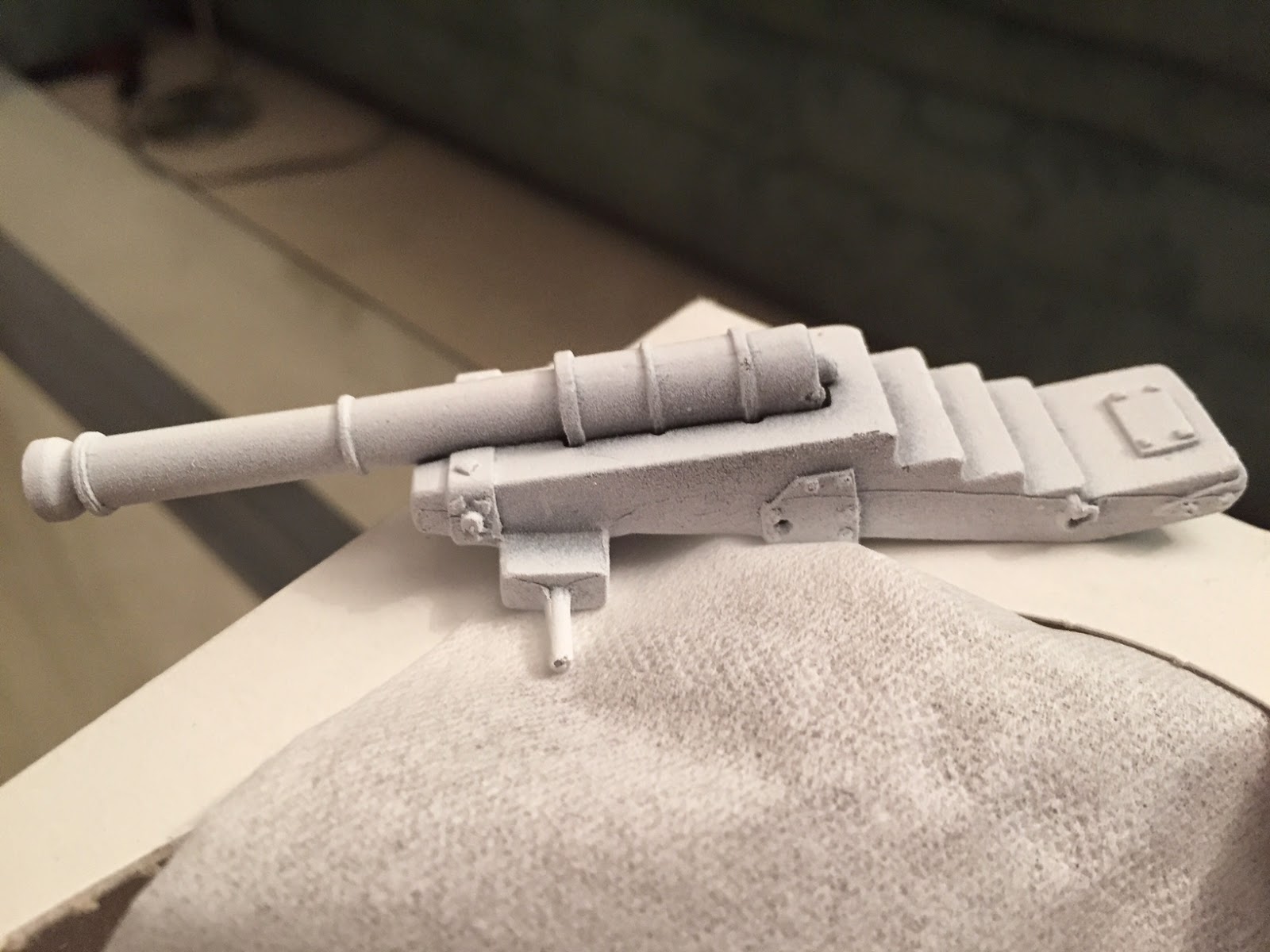