Finally sat down and painted up my first couple of elephants for my Classical Indian army for ADLG. 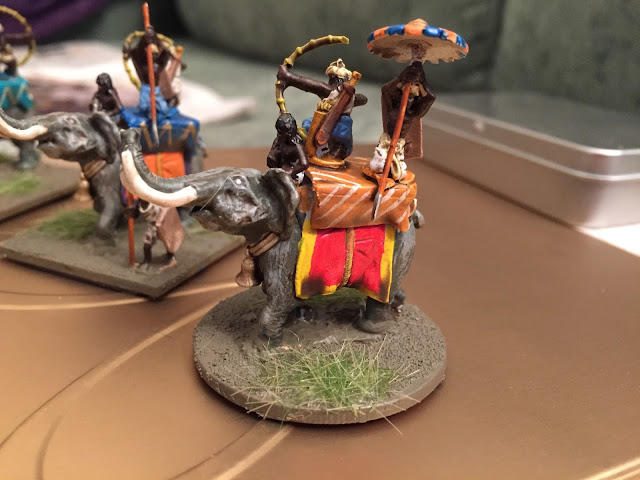 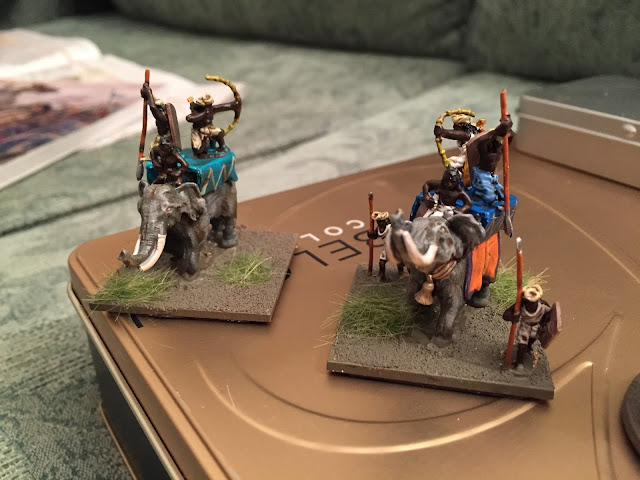 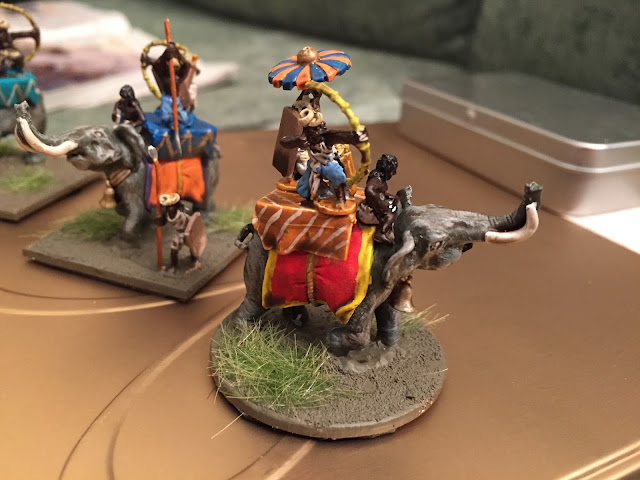 Posted by the.urban.bunny at 22:57 No comments:

I picked up the dragon and the tower last year when I was in Hong Kong. 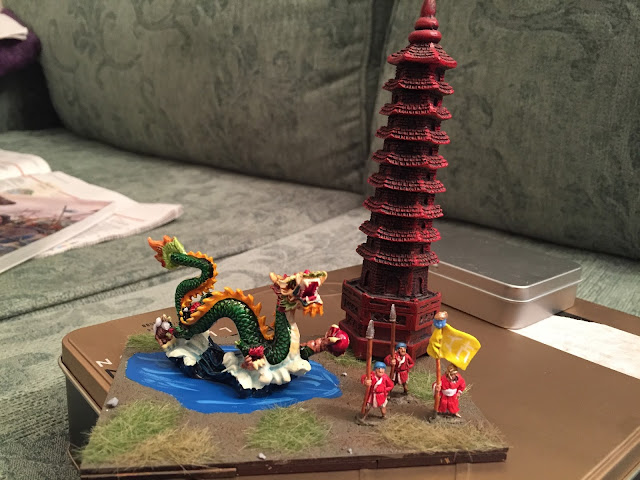 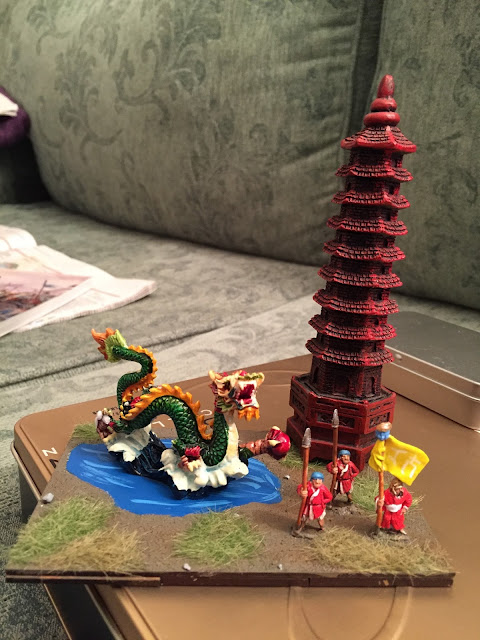 Posted by the.urban.bunny at 22:56 No comments:

I bought one of these VTOLs at Warfare in 2015 and finally sat down this weekend to paint it.

I'm going to use it as a heavy lifter/assault VTOL for my UNSC force.

All that I need to do now is dip it and matt varnish it. 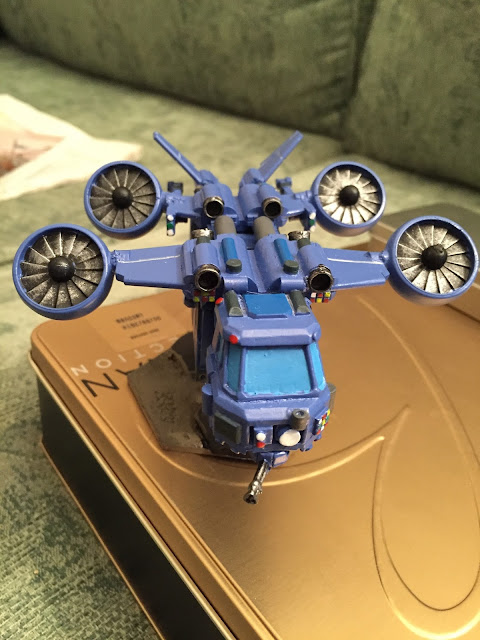 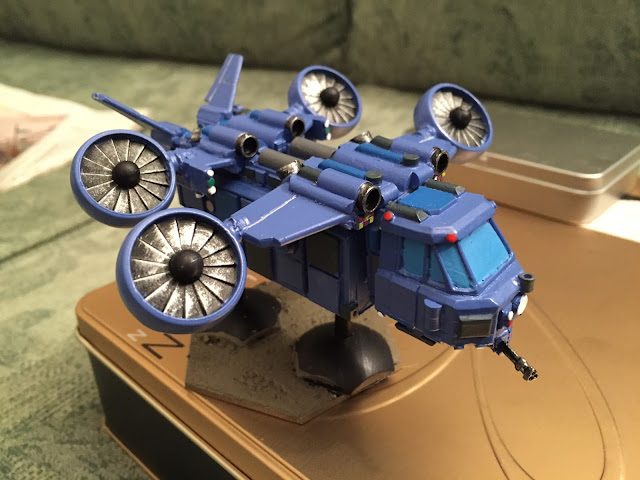 I got to have a big game of Fist Full of Tows up at the Oxford club with Alasdair of "Lord Hoof" fame.

He put on a scenario and all the toys which made life easy for me, I just brought doughnuts.

All of my troops were average and Alasdair's were poor which we soon found would make a big difference as the poor ran away almost every time they were shot at.

The game ended a draw, the Crown Prince got off the table, his brother didn't and there were heavy casualties on both sides.

Playing FFT again was really good and makes me think its much better than Cold War Commander.  The major difference is quality of troops really makes a difference.  It allows you to have crap troops with good kit vs say a high quality troops with average kit and get a good game.  Good way to recreate the Sinai battle or other historical engagements with highly motivated and trained troops vs mass of low quality.

The national guard want them dead or captured..... 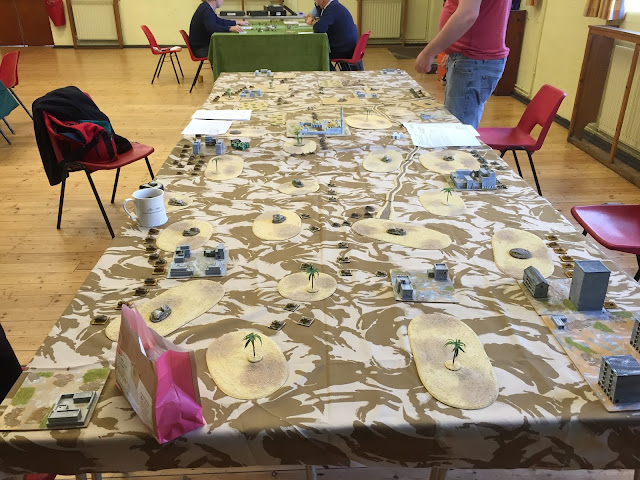 National Guard tank and inf company start to move on 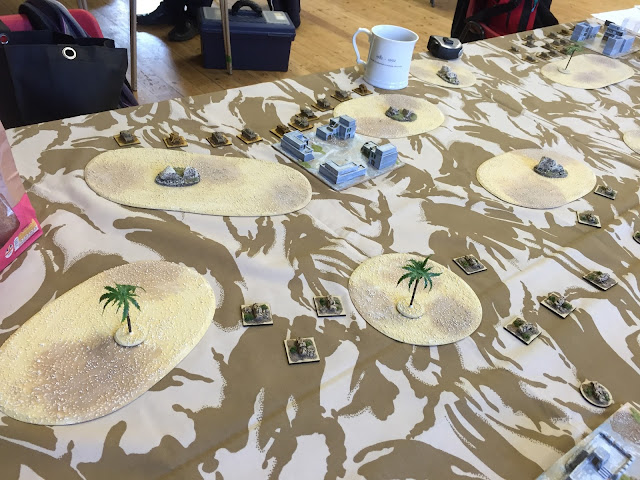 The Crown Prince stuck in the town.  Due to their level of competence, the convoy stays in town for several turns. 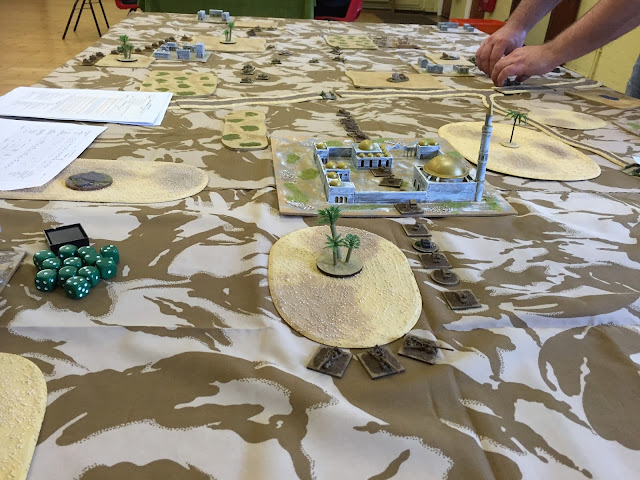 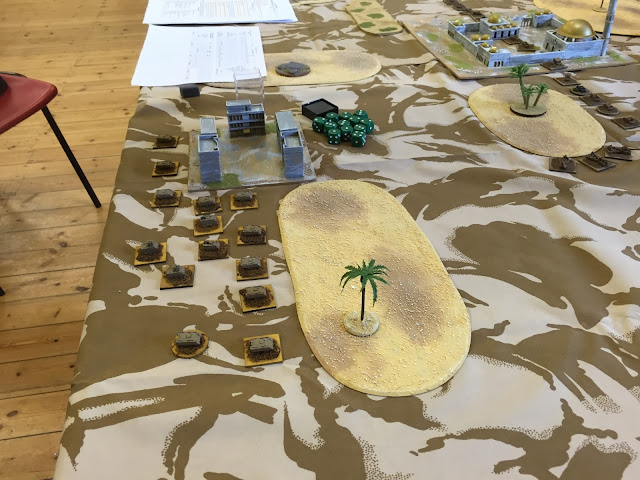 The Crown Prince finally moves out of the town, loyalists engage the rebels and the difference in quality starts to show as the rebels run away. 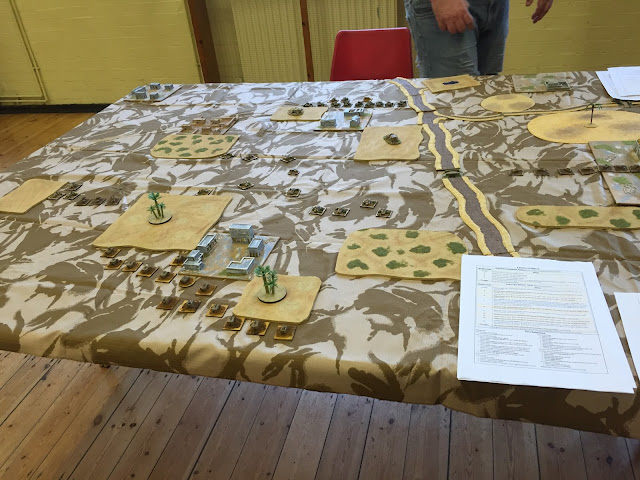 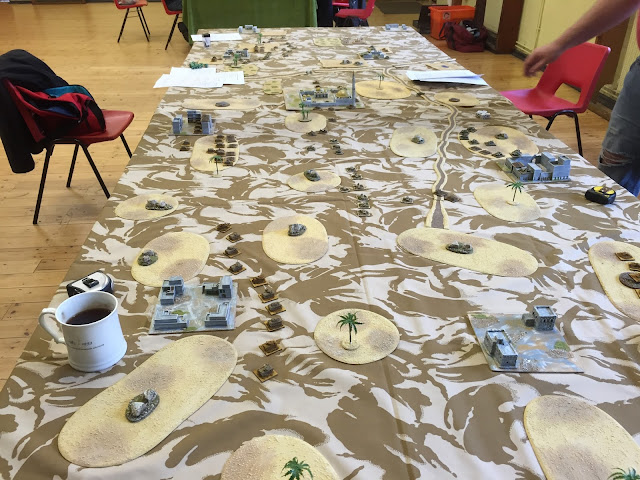 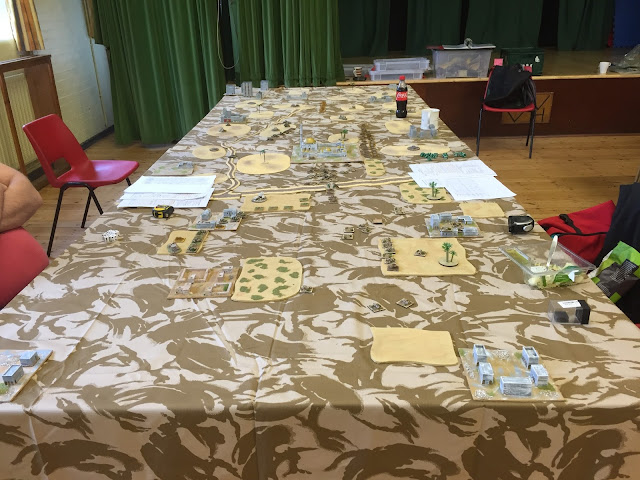 Posted by the.urban.bunny at 19:58 No comments:

One thing that my FoGR collection has been missing is an Asian army and so, I picked up the figures from Irregular Miniatures at the Derby event.

Over Xmas I had some spare time and painted up the infantry and artillery, just need to add flock now.

A friend of mine needed some practice for Usk and as a few players at Usk were using this type of army, I brought it along to give his Ottomans a run for their money

The Chinese lining up

I went with the idea of having a regimental gun integrated with the spear, but found I kept forgetting it so, have to paint some more. 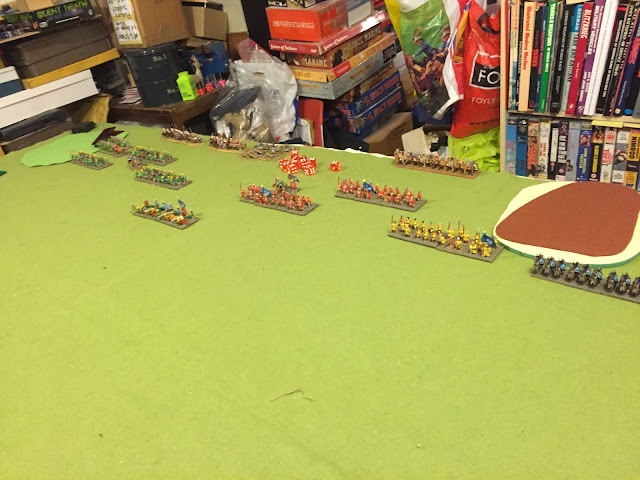 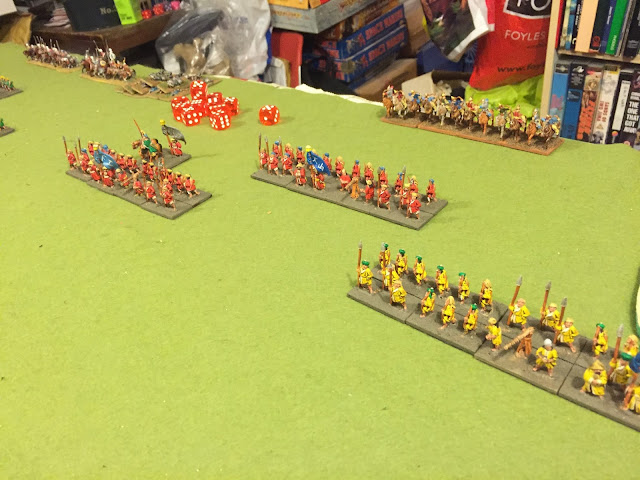 Close up of the artillery 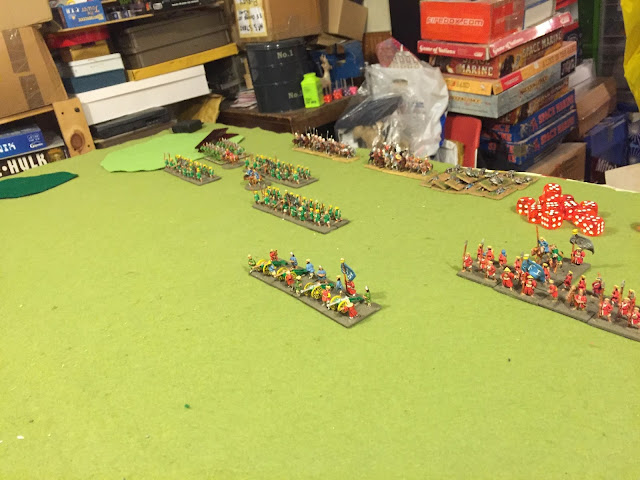 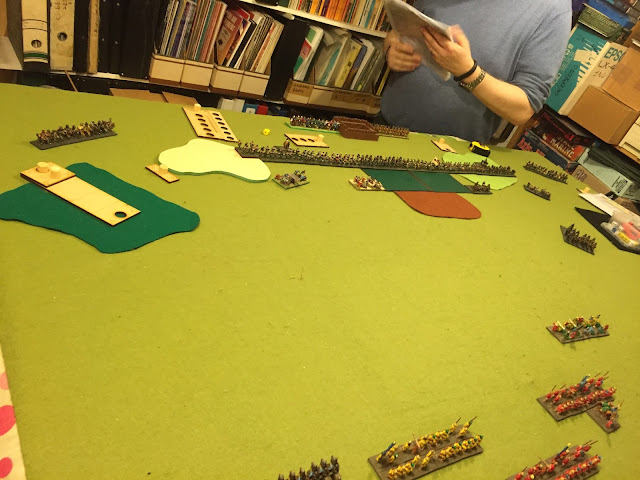 Posted by the.urban.bunny at 19:43 No comments:

Tim and I took our mighty Italian Condotta (Napolitan) and Ordonnace French to Usk and had a cracking time and ended up with 2nd place!

We played against the Belgium team first, a father and son combination and was beaten quite convincely.  Not sure what went wrong but it all went down hill.... 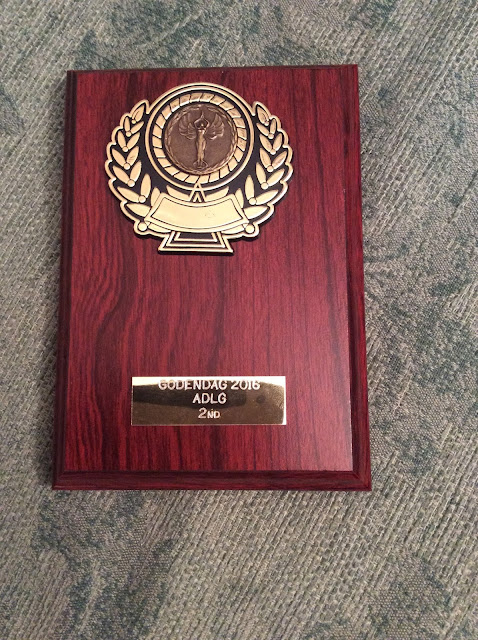 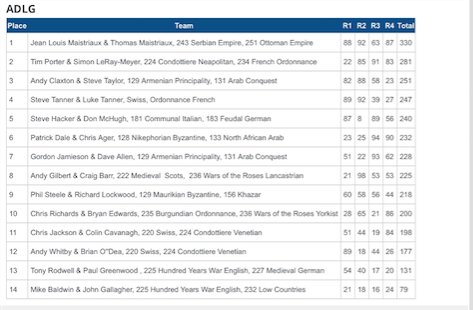 One thing I forgot to do was take any more photos.

This is of game 1 vs a Turk and Serbian army.

My knights line up for the charge but it didn't go well from there. 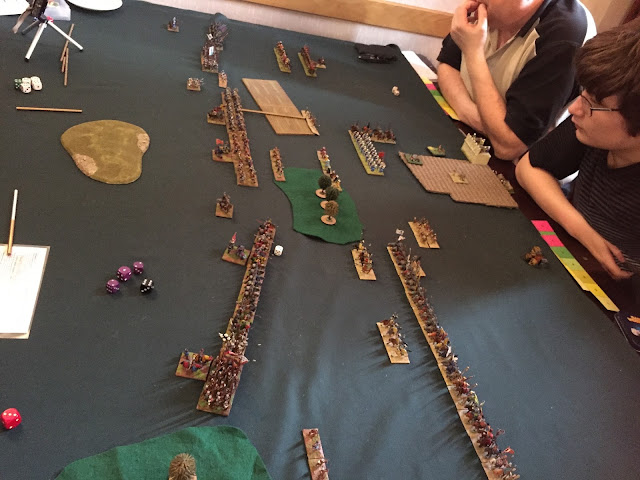 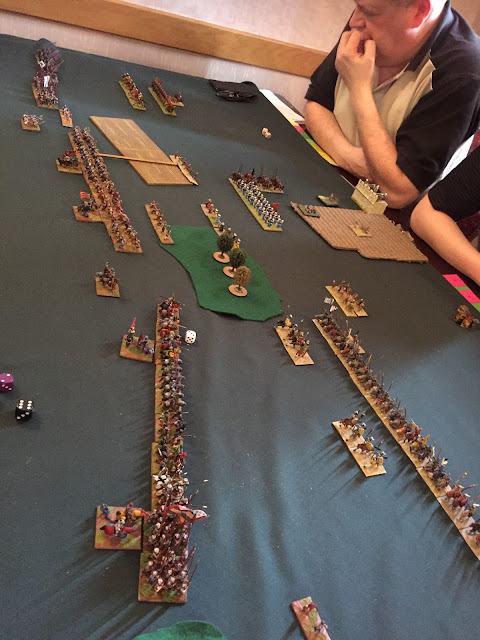 Posted by the.urban.bunny at 19:36 No comments:

1st comp of the year.

This time, I'm not playing FoGR, I'm partnering up with Tim of Madaxeman fame to play in the ADLG doubles comp he's running.

We are bringing a power army to the comp.

Posted by the.urban.bunny at 18:17 No comments:

Osprey are releasing a 6mm sci fi game at Salute 2016. 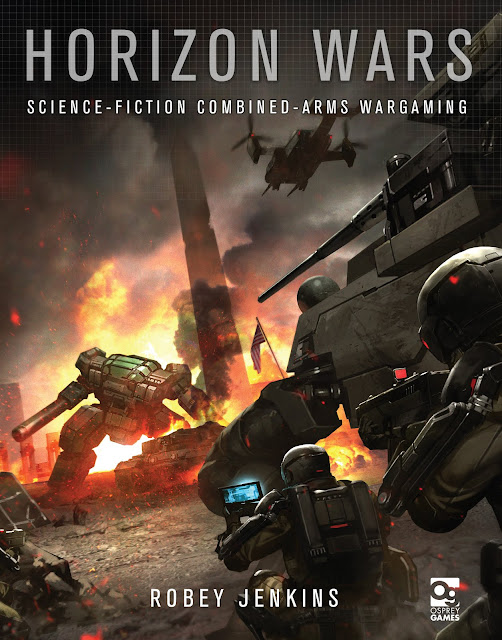 Osprey seem to be releasing some very interesting games at the moment, I picked up their Black Ops rules as well.

I've been looking for a good 6mm scifi game for a while.  Future War Commander was good but no one at my club plays it, they prefer Epic, which I loathe.  Maybe this might get some traction.

"Beyond today's horizons lie uncountable wars still to be fought by mankind - on battlefields, against foes, and with weapons that can only be imagined. With Horizon Wars, wargamers can bring these future conflicts to the tabletop, no matter their exact vision of the future of warfare. Combining the feel of real-world combat and tactics with versatile and quick-to-learn rules, Horizon Wars is a 6mm company-level game that incorporates ground forces, aircraft and the titans of the battlefield - mechs. Whether you want to pit a handful of mechs against each other in quick clash of patrols, or line up combined-arms forces for a huge battle, the game remains fast-moving and enjoyable. Also included are full rules for building units from the ground up, allowing players to tailor their forces to suit the mission objectives or their figure collections."

I can see me having a good look at these rules at Salute.
Posted by the.urban.bunny at 18:13 2 comments: