Mike and I got ADLG-R on the table this week with a civil war between his Caroline Imperialist and my Imperial Spanish.

I won the initiative and chose to invade Spain in the plains.

The table was quite open with a water way running down one side.

Mike chose both enclosed fields and they landed on his side of the table.  One of them proved to be a right pain in the backside as a battle unit of arquebus sat in it and I could't dig them out.

The end result was a major win to Mike's Caroline Imperialist.  My Tercios failed to hold the line and my knights and heavy cav on both flanks failed to punch thru.

The Spanish line up and eye each other.

My centre comprised of four tercios and a colunella. Mike had three tercios and three keils.  One keil and one tercio was elite.

Both of us had mounted on the flanks with a arquebus unit advancing into the fields. 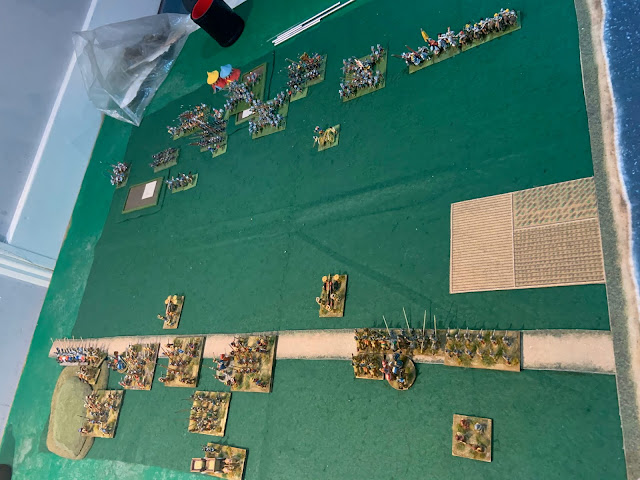 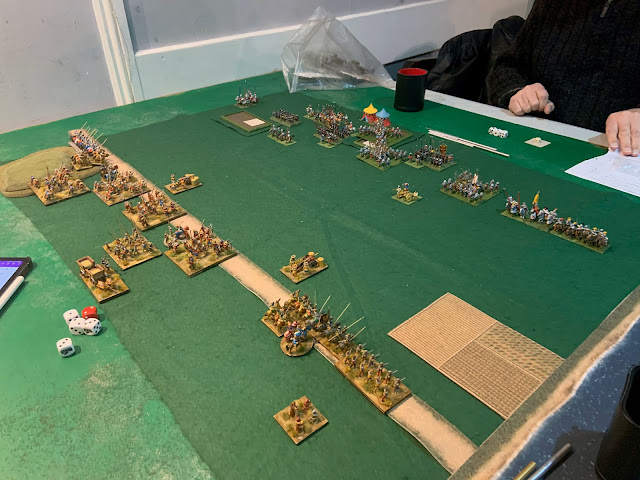 Turn 2
The Imperial spanish loose most of the shooting and are using carbine mounted to slow down the advancing tercio. 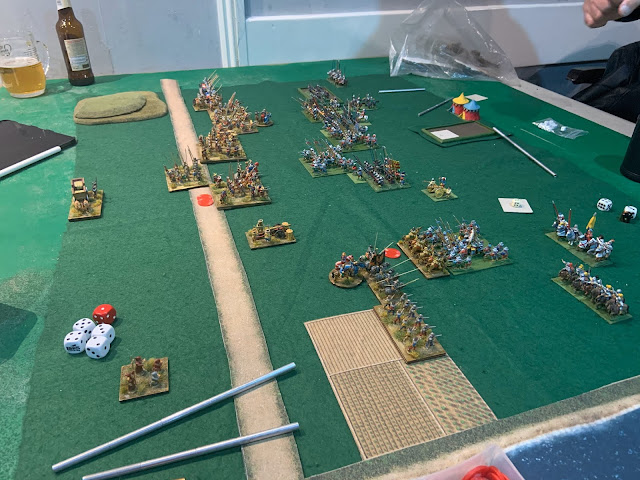 Turn 3
The Carbine troops re-deploy to the rear after getting shot up.
Mikes's tercios advance very aggressively. 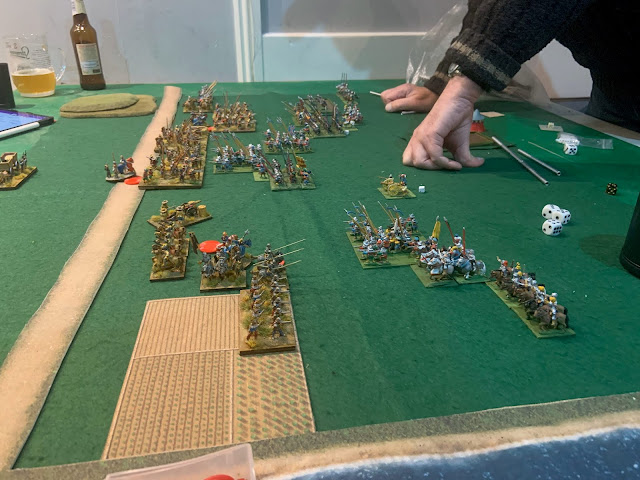 Turn 5
The lines start to clash.  Two of my tercios take on an elite keil and those pesky two handed swordsmen start chipping away. 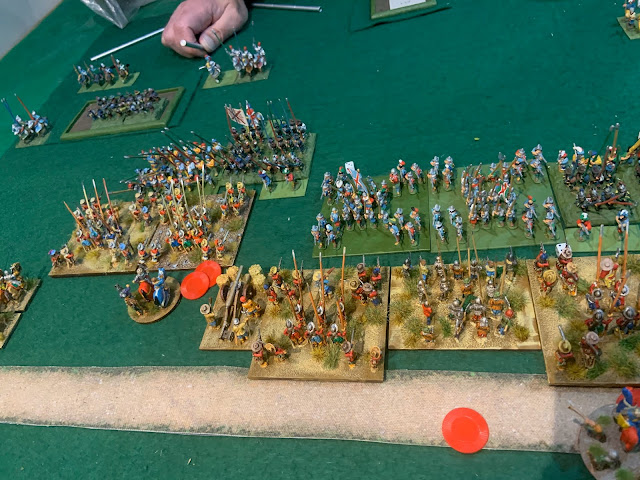 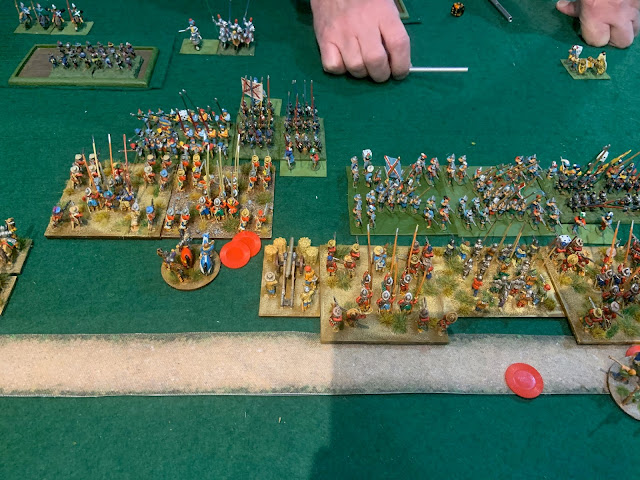 Meanwhile, on my right hand flank, my mounted wing has retreated and the tercio is about to do something very painful to my artillery...... 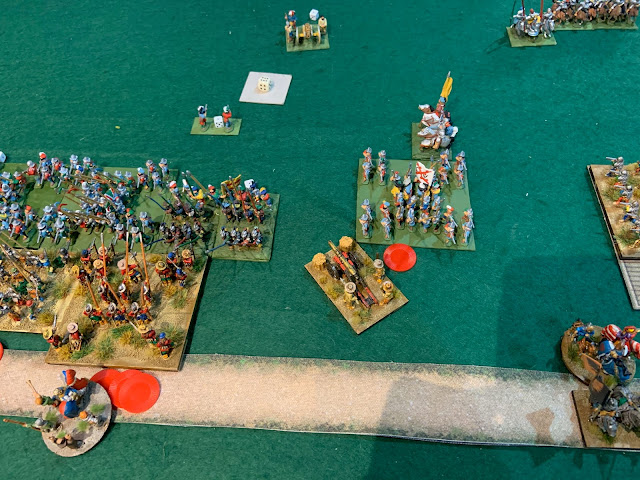 The Caroline Imperialist line crashes in and I lose almost every round of combat.  I think I rolled five one or twos in a row. 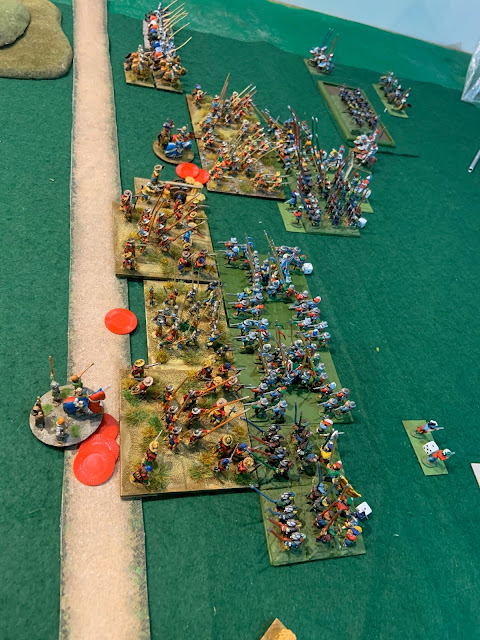 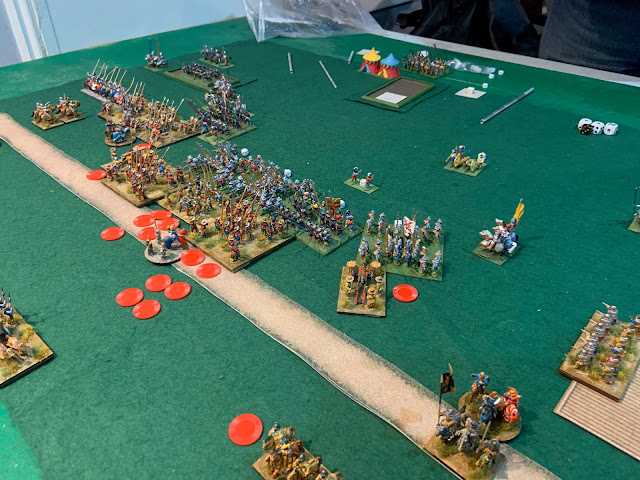 My flank now exposed to a tercio and keil 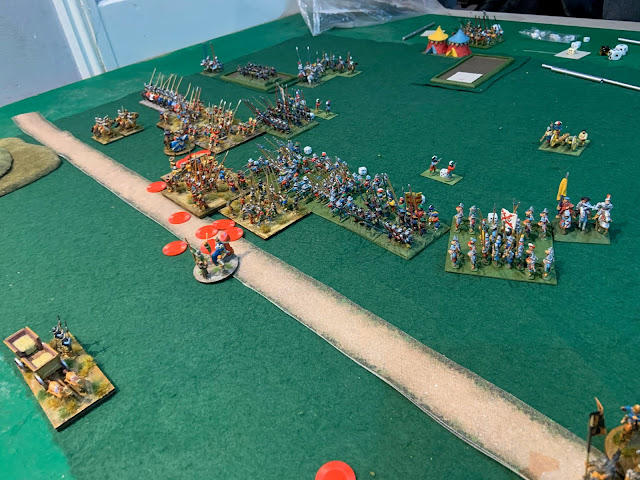 Turn 7
Where did my centre go?
My army breaks shortly afterwards 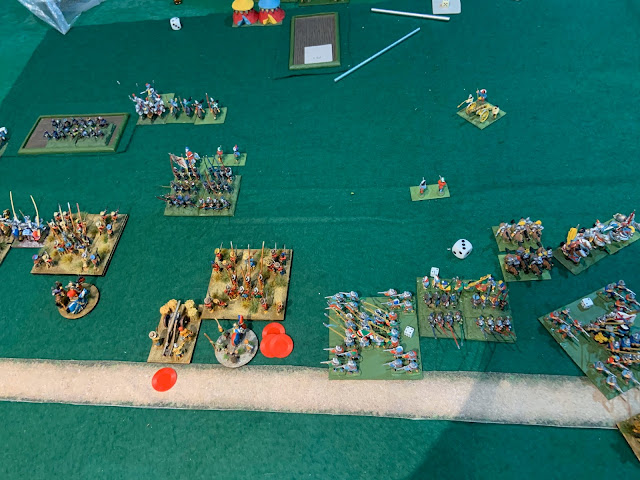 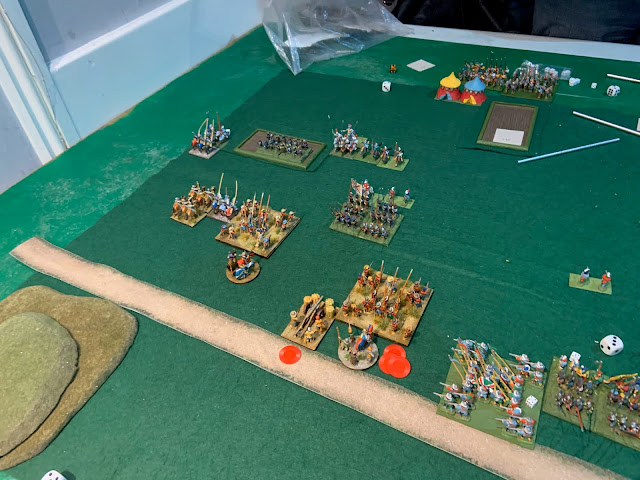 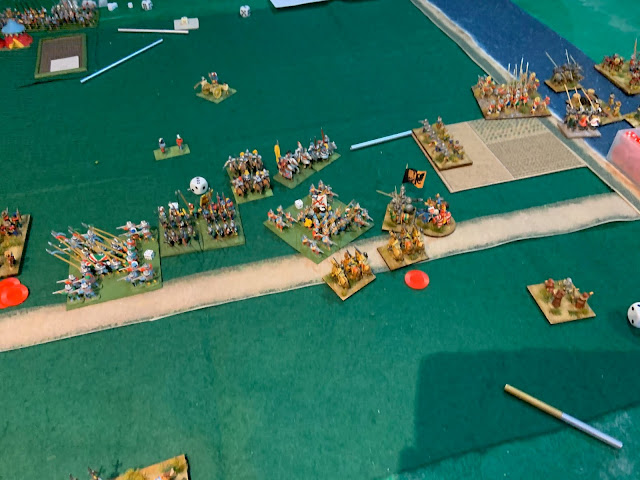